Pizza Hut And KFC Team Up For A Popcorn Chicken Pizza

You can now get a KFC pizza from Pizza Hut, that has popcorn chicken on it and a gravy base.

Popcorn chicken I can take it or leave it, and as for pizza, there’s far better on offer than the ones on offer at Pizza Hut, but KFC gravy is second-to-none in the world of every consumable product ever created. 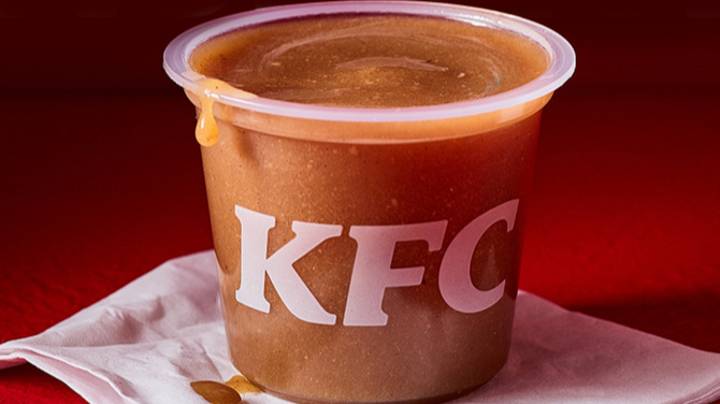 When they get it right and it’s thick and salty (ha ha ha), there really is nothing else like it. That’s why this is a lot for me to take in. As I said, Pizza Hut and Popcorn Chicken are average, but any pizza with a KFC gravy base is worth writing home about.

The Pizza Hut base is topped with KFC gravy, and finished with mozzarella cheese, corn and, of course, KFC’s popcorn chicken. Oooohhhh.

It’s not all great news though, as the team-up is as fleeting as it probably will be disappointing, being launched tomorrow – on the 4th of February – and leaving our mortal realm on the 16th of the same month.

There’s another catch too. You can’t get it in Northern Ireland at all and on top of that, you can only get it in a large size from the Pizza Hut website, where I imagine it costs £400.

Considering the work that goes into a pizza, you really would have thought that they’d be a cheap option for a takeaway. Not at all. You have to remortgage your house if you want to get three in without a deal.

Come on, chaps. No one’s said ‘we did a thing’ since 2015. You sound like a middle-aged man on Reddit who made a Star Wars-themed shelving unit.

Pizza Hut are now selling a KFC popcorn chicken pizza. What a time to be alive! pic.twitter.com/cdKJFkcfuv

Sadly for many, there is no vegan/vegetarian alternative, so you’ll just have to enjoy it vicariously through carnivores.