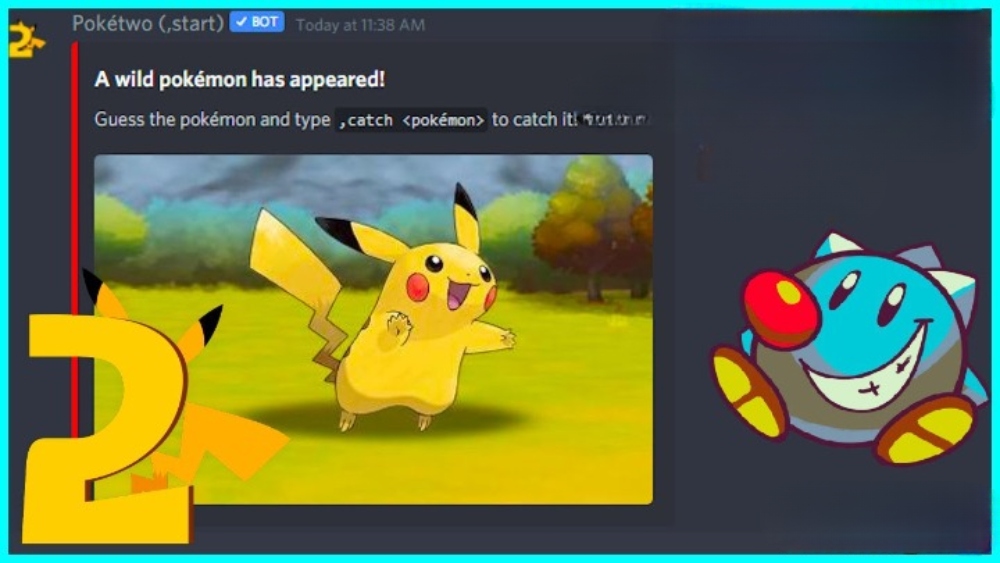 Pokétwo gives Discord access to the Pokémon world. Catch Pokémon that spawn at random on your servers, trade them to grow your collection, engage in competitive battles with friends to earn rewards, and more. all open source and free to play.

Users can take advantage of playing Pokemon on the platform thanks to a fun Discord bot named Poketwo.

It is a bot that enables you to catch Pokemon that happen to randomly arrive on your servers. The competition to see who can catch that Pokemon first can then be set up between you and other players on your server.

PokeTwo, a Pokemon gaming bot for Discord, was developed to emulate the first Pokecord (RIP).

It is the closest thing to Pokecord although MewBot and PokeMeow are more of their own things. If you know how to play Pokecord, PokeTwo is virtually ready for you.

Perhaps the coolest aspect of the Poketwo bot is its capacity to simulate Pokemon battles on Discord. You can choose three Pokemon to battle against the three Pokemon of another trainer, just like in real life.

These battles contain animated graphics that change according to the Pokemon you are using, unlike other Discord games. Let's read the post to find out how to set up the Poketwo Discord Bot, use its commands, and use it to play Poketwo.

Pokemon will sporadically appear when you speak in your server. Join a competition with other server users to see who can get it first!

Continue catching to grow your collection and advance toward finishing the Pokédex. Catch rare, legendary, and mythological Pokémon to impress your friends!

Want a rare Pokémon bad enough? Trying to expand your own collection? Anywhere, at any moment, you can trade with other gamers!

On the international market, where a wide range of Pokémon are constantly added, you may also purchase and sell.

Bring together your three strongest Pokémon and engage in a tactical and skill-based battle with other trainers.

The Poketwo Discord commands listed below can be used on your servers.

Pokemon Fights Against Other Users

The Poketwo Discord bot's functionality and functionalities have already been shown. The procedure for adding the bot to Discord will be covered next.

Which Is Better Poketwo Or Pokecord?

Poketwo is one of the top Pokemon bots on the market. After the well-known Pokecord bot was shut down, this Pokemon bot gained popularity. Many Pokecord substitutes attempt to deliver a similar experience, but Poketwo is currently the finest.

No, PokeTwo is completely free.

How Do You Spawn Pokemon In Poketwo?

To get Pokemon to spawn, say hello in a general chat channel and start a conversation. If you purchase incense, which generates a Pokemon every 20 seconds for an hour, that is the only exception. Play PokeMeow or Myuu if all you want to do is get Pokemon to show up.

One of the numerous Discord servers that people can add to their accounts is poketwo. The Poketwo bot tries to replicate the Pokemon experience for Discord users, allowing them to trade, battle, and catch random Pokemon on their server.