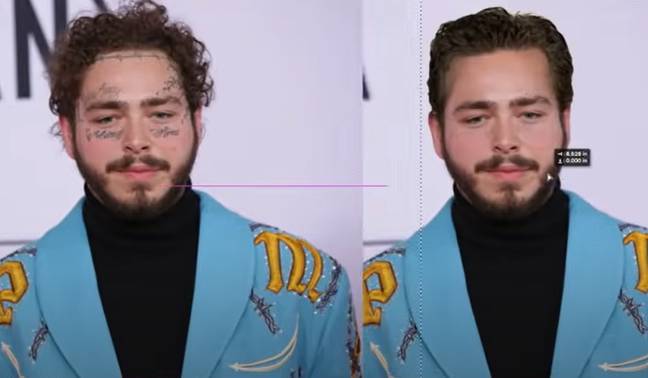 Post Malone seems as if he just landed on the earth; it's tough to imagine him fresh-faced and clean-shaven. But this after photoshop the face of Post Malone will amaze you. 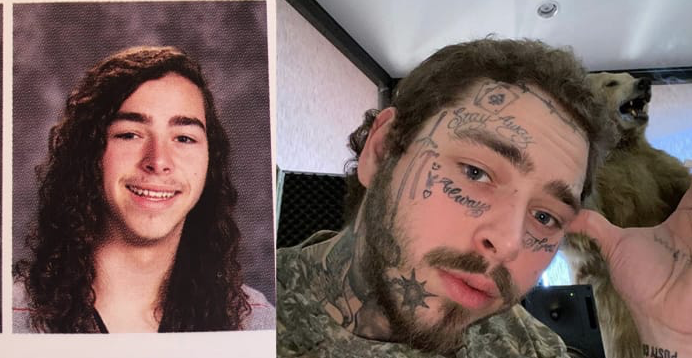 He Did not remove them on his own but a photoshop genius, Mitchell Wiggs.

But, thanks to a Photoshop genius, we can see how different he looks without all of his tattoos, and all I can say is that he looks... normal. Mitchell Wiggs not only removed his face tattoos, but he also smoothed out his distinctive curly hair, opting for a tidy short back and sides.

He is left with not just a clear face but also a flawless complexion in place of his unique facial art.

Mitchell gently removes Post's tattoos one by one, leveling out his skin tone and erasing any trace of them in the footage.

He's left with a really clean-cut and mature appearance, and you could easily imagine him in a boy band or working at a bank. He certainly appears to be the type that your father would approve of you bringing home.

Post, on the other hand, appears to have no intention of giving up his tattoo addiction anytime soon, and he's lately added to his collection. 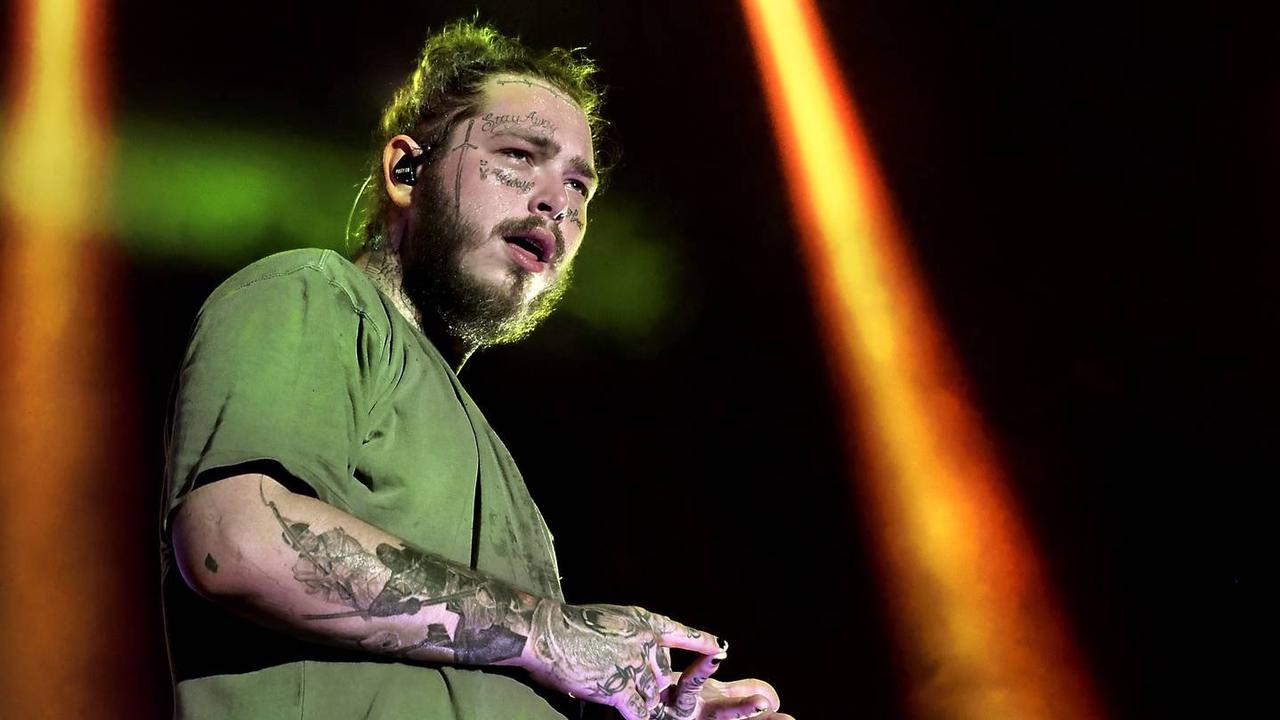 During a trip to Japan last year, the American artist stopped by Tokyo's Three Tides Tattoo shop and had another etching by the immensely talented artist Ganji placed to his face.

The studio uploaded a video of him seeing his new tattoo for the first time, and he seems to like it. 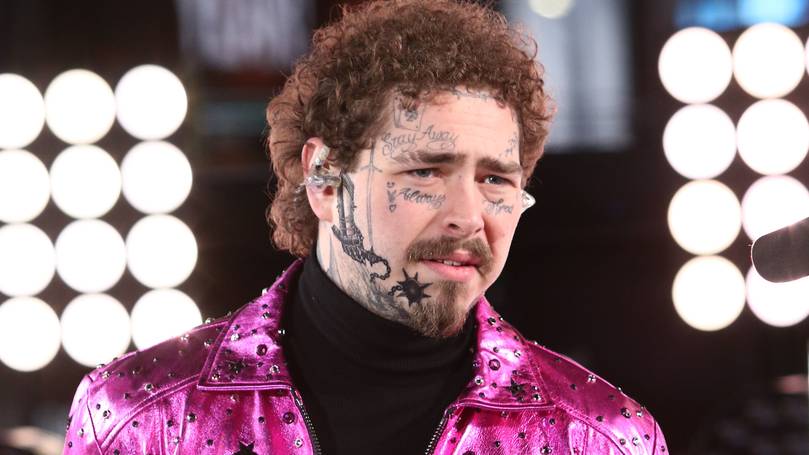 What Is All Over Post-Malone's Face?

There is nothing but tattoos on his face. From 'Always Tired' beneath his eyes to stitching tattoo on the upper part of his head to guitar tattoo...

His facial tattoos have gotten a lot of attention, especially since he got the words 'always tired' inscribed under his eyes. I mean, I agree with the sentiment, but I'm not sure I'd want it permanently tattooed on my face.

"I attempted to do something that's about the same length of letters," Malone said when asked why he chose those two words in particular.

"I guess 'always' has more letters than 'tired,' but I wasn't paying attention because I was exhausted."

"Anything to ___ my mother off," he stated when asked why he started inking his face. 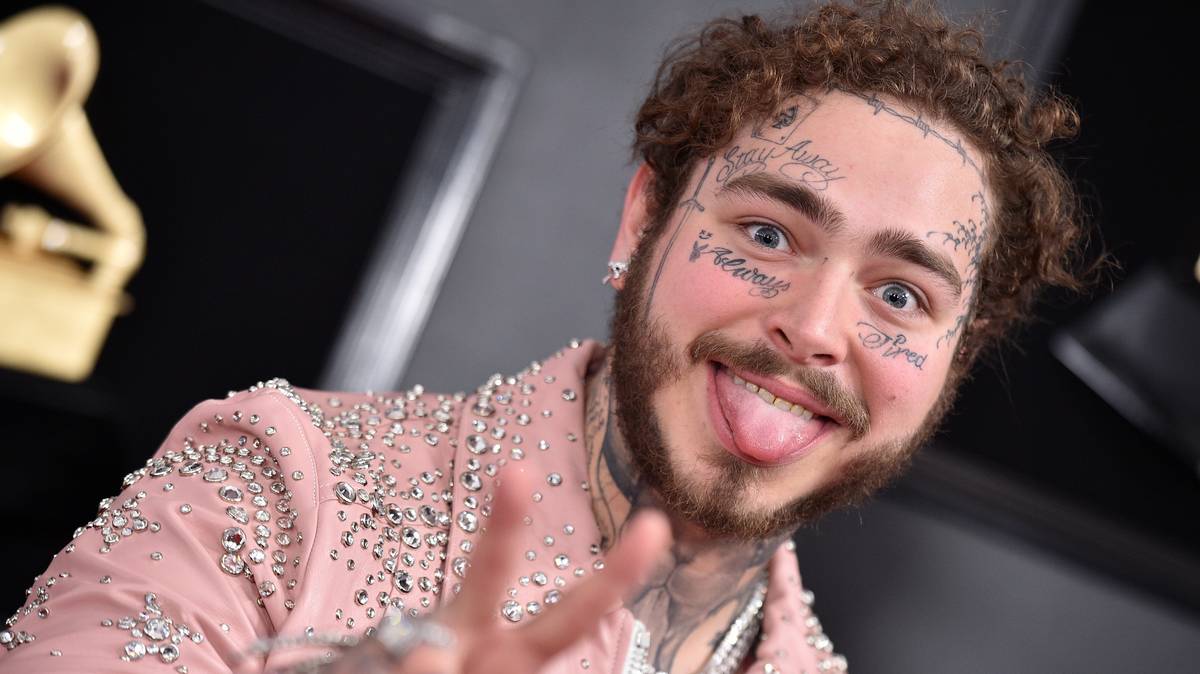 Photoshop is just Like a magic wand... Its effect can be seen on Post Malone's face. Photoshop just removed all of his tattoos including the weirdest tattoo of 'Always Tired' beneath his eyes and turned him into a gentleman.