A priest in Detroit has made headlines as he filled a water pistol with holy water and shot it churchgoers in their cars in order to maintain social distancing.

The priest in question was St Ambrose Church’s Reverend Timothy Pelc, who you’d be able to find in the Detroit area and if you want to be shot with a gun full of water, then he’s your absolute guy.

In doing his holy work, he also wore a mask, face shield and rubber gloves, while shooting people through their car windows to bless them. 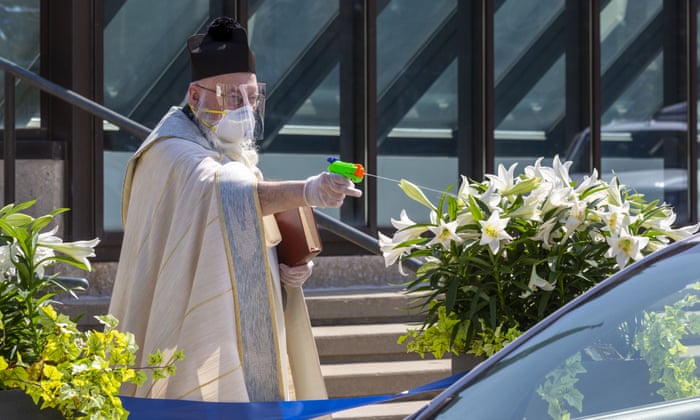 Bizarrely, this photograph was actually taken over Easter, but it’s only taken up until now for it to resurface and become one of the memes of the moment. That’s the thing with the internet, isn’t it? You think things are new and then they slap you in the face by being a couple of months old. Sickening.

After he saw that the images had gone viral, Reverend Pelc told Buzzfeed News that while he was worried what the Vatican might think about his methods, he assured that he was yet to hear anything, saying:

“I haven’t heard anything yet“.

That’s good then. Glad to see that the pope isn’t getting on his back about shooting his churchgoers. 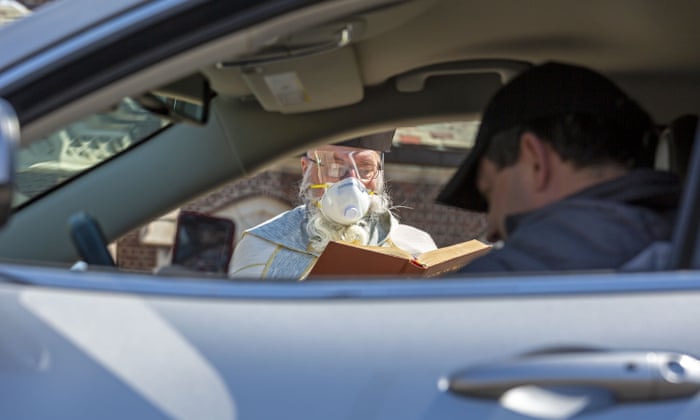 Speaking of his methods and regulars, Pelc explained that he has a “pretty wacky mind and pretty accepting congregation,” so that probably also works in his favour. With that said, imagine being so insulted by something your priest did that you reported him to the pope. You’d have to be really mad, wouldn’t you?

But then what if the pope does something you’re not a fan of? You’d have to report him to god. Goes all the way to the top, this one. Would be annoying if you finally got to chat to god about it and he ends up shooting you with a gun full of holy water.

He probably wouldn’t do that, though. Probably.