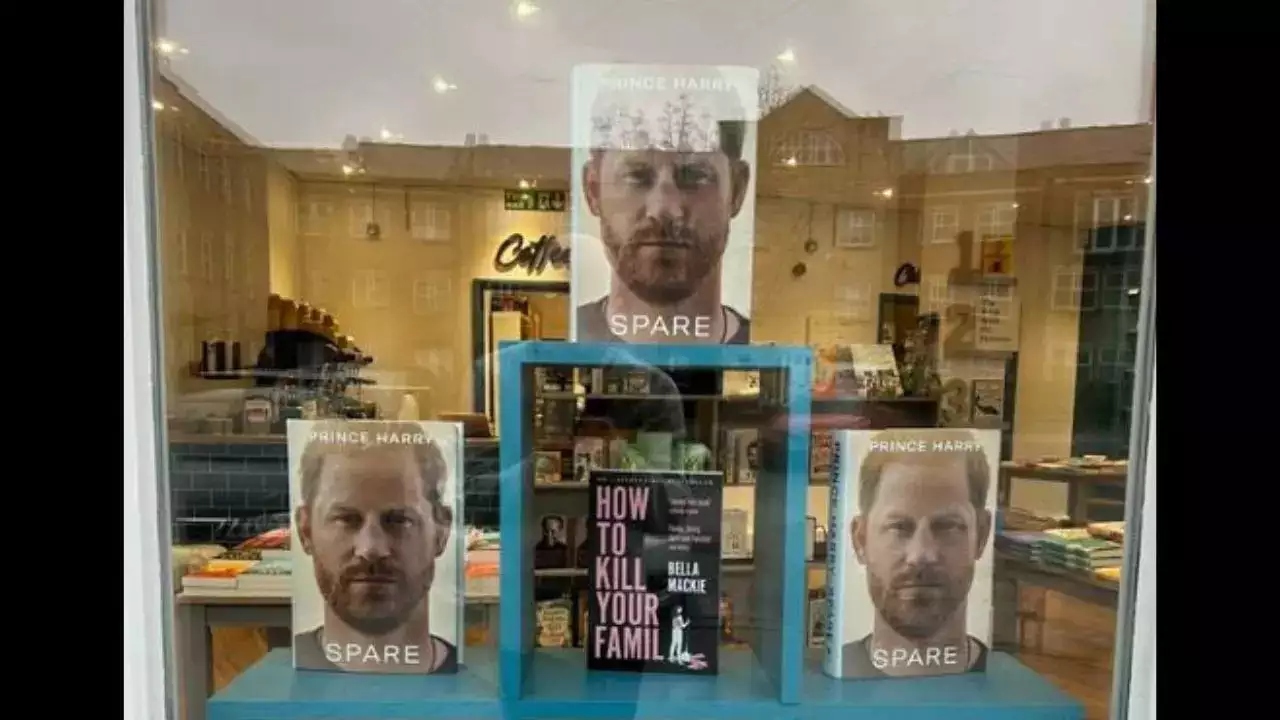 A UK bookstore gained notoriety for the way it advertised Prince Harry's autobiography. Prince Harry's memoir put next to book titled "How To Kill Your Family".

If you passed Bert's Books this week while in Swindon, you might have laughed a little at the window display.

Prince Harry's memoir put next to book titled "How To Kill Your Family" in the shopfront window, which was fully displayed with both titles on display.

Given that the Duke of Sussex's memoir has a few details about the Royal family and his interactions with them, this is a good match.

According to shop owner Alex Call, the display was "quite light-hearted and make a few people smile." Most definitely, as the image quickly became popular on Twitter.

"Brilliant window", according to one commenter. "Best window display EVER!!" said another. "You really gave thought to that display!" remarked a third.

It's been interesting today how people have projected some very different meanings onto this picture. Some have thought I'm supporting Harry, others think I'm doing the opposite. I don't really have strong opinions either way, tbh.

Without a doubt, Spare had a successful first day of sales as the books practically flew off the shelves. 400,000 copies in hardcover, ebook, and audio versions have already been sold on the first day of sales.

That makes Spare the "fastest-selling non-fiction book ever," according to the publication. Larry Finlay, managing director of Transworld Penguin Random House, said:

We always knew this book would fly but it is exceeding even our most bullish expectations. As far as we know, the only books to have sold more in their first day are those starring the other Harry (Potter).

Prince Harry has been in the news a lot since he and his wife Meghan Markle moved to the United States.

Since their stunning Oprah appearance and their sharply criticized Netflix documentary, the couple has been charged with defaming the British royal family. Harry's memoir, "Spare," has received a lot of attention lately.

Harry's book, which makes disparaging and harsh remarks about the royal family, is being widely debated by people all over the world. A UK retailer poked fun at Prince Harry in the midst of the mayhem by saying a lot while remaining silent as Prince Harry's memoir put next to book titled "How To Kill Your Family".

In Swindon, England Bert's Books, an independent bookstore, did that. On its social media page, the business shared a photo of the books stacked one on top of the other.