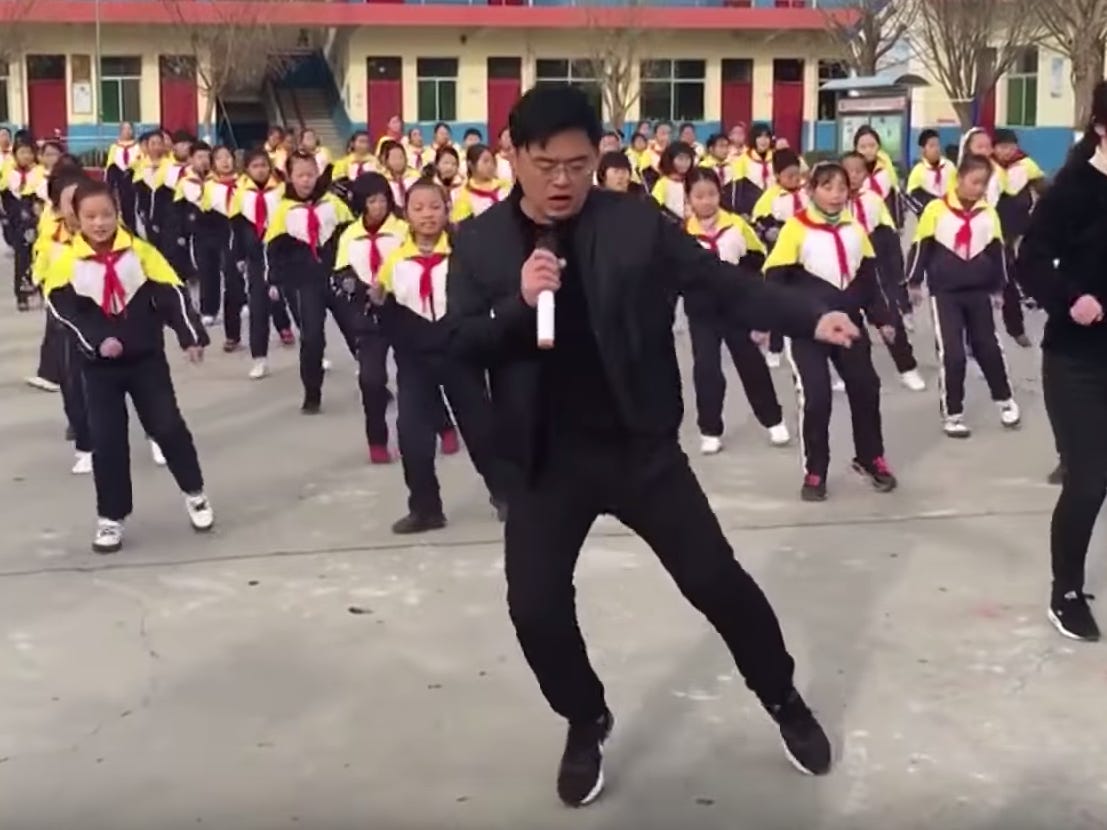 Children used to engage in a lot more physical activity before the advent of the computer and smartphone era. This is because children of a previous generation yearned for physical activity. They go outside their homes to play with the other kids to release their pent-up energy.

Unfortunately, that is no longer the case in today's environment - and we can't blame the kids. It's tough to keep a child from being exposed to something that's basically ubiquitous, and it's our job as adults to limit their screen time as much as possible.

The Chinese government has enacted a program forcing all primary, middle, and high school students to partake in daily morning exercises in order to keep their children active. However, one Chinese school principal decided to add a twist to these typical exercises in the hopes that the pupils would enjoy them more.

The headmaster of Xi Guan Primary School in Shanxi province, Zhang Pengfei, sought to make the government-mandated radio calisthenics fun for his kids and instructors, who weren't enthused about them.

Students are urged to exercise in synchronized movements — bending, stretching, jumping, and twisting – as recorded instructions are played over loudspeakers. These exercises are claimed to help with strength, flexibility, agility, and teamwork.

His students and teachers, on the other hand, were not fans of the conventional practice, so he decided to modernize it. Zhang decided to learn the shuffling dance for himself, and once he had, he led the school in implementing the new pattern. The dance is called guibu, or ghost steps, and it is a shuffle dance with modern jazz steps, heel-and-toe dances, and arm gestures. Some of the teachers were skeptical at first, but Zhang says they immediately warmed up "because the music is full of energy... it really gets the pleasure flowing."

The pupils, along with their principal, who was leading the workout, can be seen pumping their arms and shuffling their feet in the now-viral footage. Not only that, but they appeared to be having a good time with the routine!

The video of the principal dancing with his students was an immediate hit and quickly became a viral sensation. People from all around the world have been sharing it on social media, with one video gaining millions of views in only one day.

The principal's suggestion reintroduced the fun element to exercising. Who knows, with all of the publicity it's gotten, perhaps we'll see other schools adopting this technique. It is certain to get the students, as well as the teachers, moving!

Watch Zhang and his students show off their moves in the video below.