Pumpkin Spice Does Not Contain Any Pumpkin In It At All 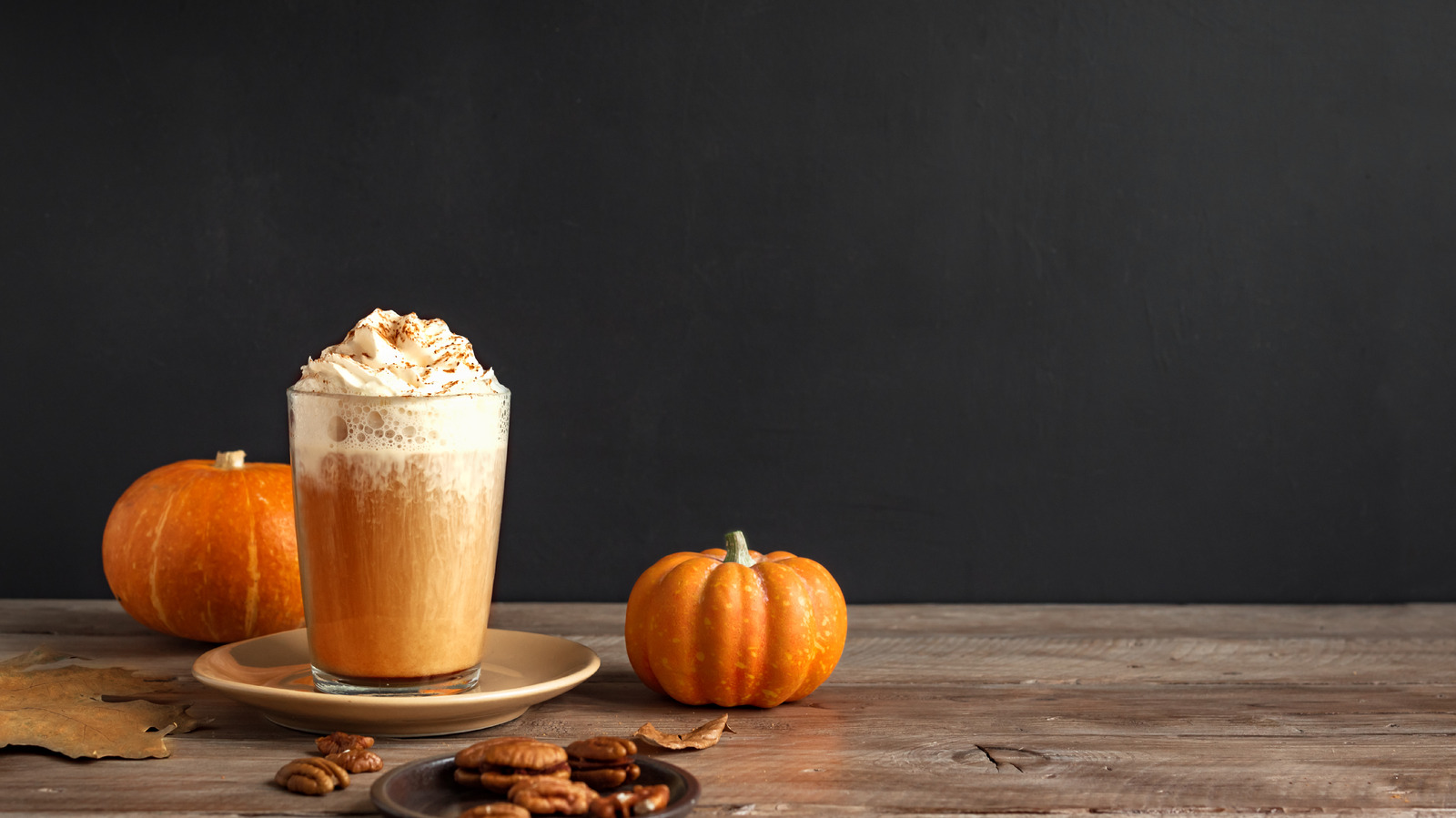 Traditionally, pumpkin has not been present at all in pumpkin spice flavorings. Of course, many who enjoy pumpkin spice have been made fun of for their "false flavor," even if there are many tastes that don't contain any actual food.

For devotees of Starbucks, things began to change around 2015. Their pumpkin spice drinks did include pumpkin after all.

What Is Pumpkin Spice Made Of?

Ethan Frisch, a spice specialist and proprietor of the sustainable spice trade business Burlap and Barrel, states that there is no pumpkin component in the pure pumpkin spice. Instead, it's a combination of four to five different spices cinnamon, ginger, cloves, nutmeg, and allspice that you presumably already have in the cupboards of your kitchen.

No, pumpkin spice does not contain any pumpkin

Why Is It Called Pumpkin Spice?

Due to its first use in pumpkin-based pastries and pies, pumpkin spice acquired the name "pumpkin spice." Spice producers like McCormick started producing "pumpkin pie spice" and "pumpkin spice" in the 1950s and 1960s to spare consumers the time and trouble of having to mix the ingredients themselves.

The Fresh Flavor Of Pumpkin Spice

Pumpkin spice has a confusing name, obviously, because there is no pumpkin in the spice. But it's a blend of different spices that historically were used with pumpkin and pumpkin pies or pumpkin puddings. It varies a lot depending on who's making it but it's usually kind of warm, rich spices like ginger, cinnamon, nutmeg, things like that. Pumpkin spice may be added to other things; those other things might have pumpkin in it.

It's still possible that the pumpkin in your pumpkin spice latte contains pumpkin. Depending on where you purchase it (only in Starbucks pumkin drinks as of now). However, it is certified that pumpkin is not present in pumpkin spice.

Dietician Lisa Andrews founded Sound Bite Nutrition, a company that makes it simple for individuals to grasp the scientific components of complex foods. She agrees that the most popular pumpkin spice recipes use a variety of ingredients, mostly cinnamon, though it does depend on the brand you choose.

Andrews says that pumpkin spice is popular because it is hard to find and because people like to feel cozy. 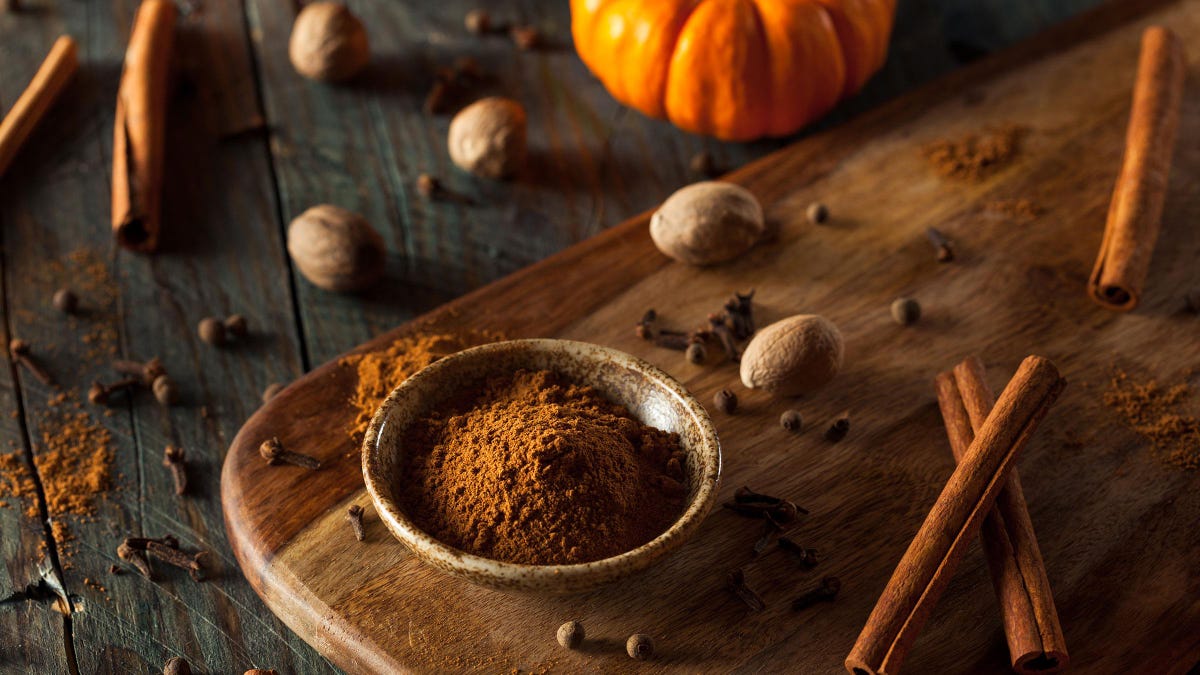 Pumpkin spice in a wooden bowl near cinnamon sticks, nutmeg, clove, and pumpkin on a wooden surface

One of the reasons is because it is seasonal, so it's sort of that psychology of the limited time only. So I think of things like the McRib... get it now because it's going away. The other thing is that spice combination, and that blend was used very early on in American culture. So we sort of see it as comfort food, and there's just sort of this rich history of those particular spices being used, particularly around holiday time.

Despite only being available in the fall and winter, Starbucks' pumpkin spice drinks remain its most well-liked products, with the pumpkin spice latte (or PSL) continuing to hold the top spot. Starbucks actually sells about 20 million of these annually.

Although you don't drink them, you can't deny that they have a distinct flavor (thanks to lots of sugar and fat and stimulating spices like cinnamon and clove). On August 30, Starbucks formally ushered coffee drinkers into the fall season with the return of their pumpkin spice latte.

However, the reintroduction has left some consumers feeling let down because they think the popular drink tastes different this year than in years past.

According to a TikTok post made on Thursday by a fictitious Starbucks barista going by the name of Maria, the corporation "updated" their pumpkin spice mix, which resulted in the drink tasting different this year.

Over 1,400 people have commented on the video, which has received over 860,000 views. Why would they alter such a well-known flavor? Actually, certain establishments are receiving a revised recipe, although pumpkin has been a component for around eight years. 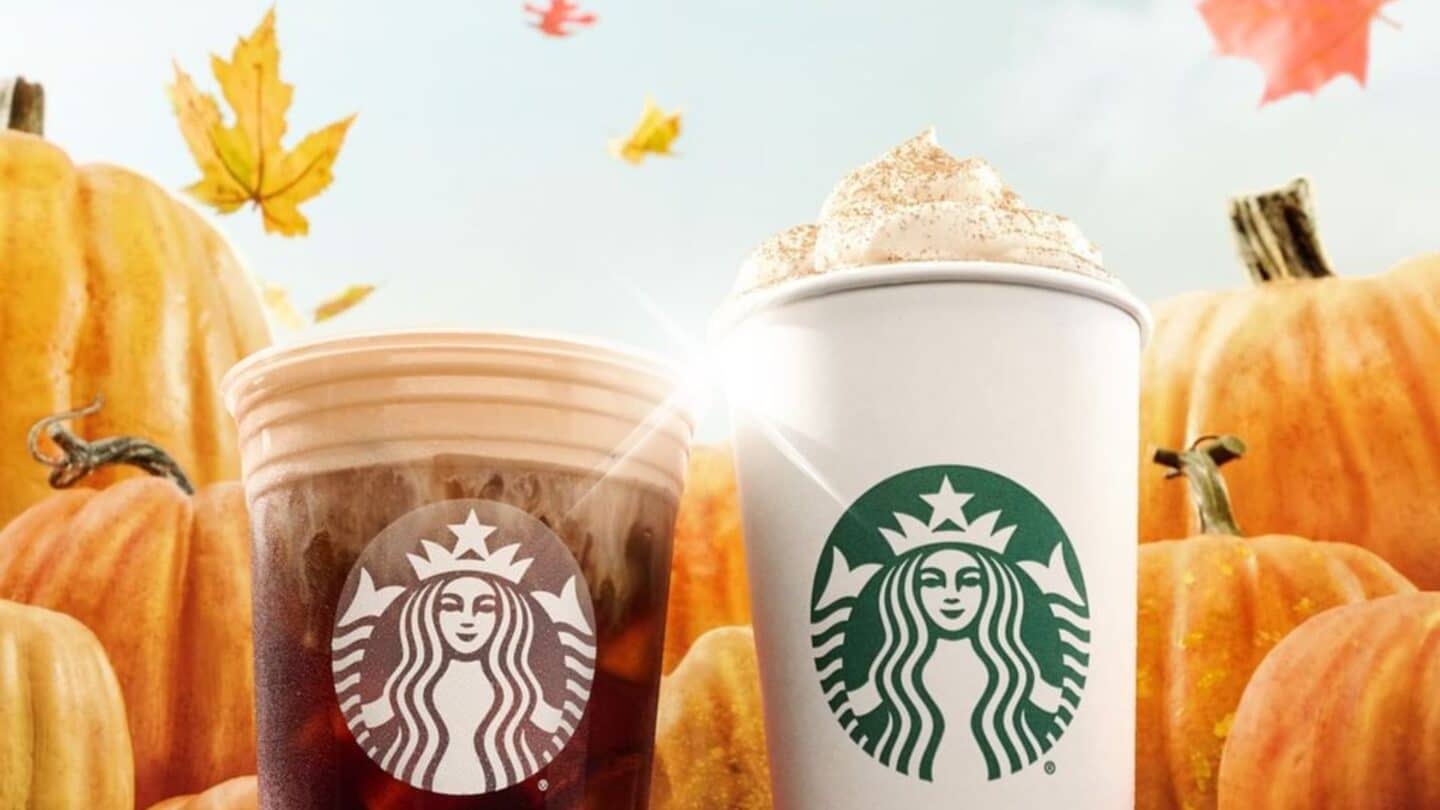 Starbucks pumpkin spice drinks on the background of pumpkins

No, it is not made of pumpkins, it is just a blend of spices that are used in pumpkin-based recipes.

Does Starbucks Pumpkin Spice Have Actual Pumpkin In It?

Starbucks changed the flavor's formulation in 2015 to add real pumpkin and get rid of artificial coloring. Shelke said in an IFT press release that the change wasn't very noticeable and was only made to "please those who wanted to see real pumpkin on the list of ingredients."

Is Pumpkin Spice An Actual Spice?

Yes, it is an actual spice. Cinnamon, ginger, nutmeg, allspice, and cloves are the main ingredients in pumpkin spice, which is also referred to as pumpkin pie spice. Some pumpkin spice blends might exclude one or two spices, but the majority usually contains at least two or three of the spices.

No pumpkin spice truly contained pumpkin until Starbucks gave up and added a flavor derived from pumpkin. Even the store-bought pumpkin pie spice is only a combination of cinnamon, nutmeg, cloves, allspice, and ginger.

Whether it is "genuine" or not, the flavor has become recognizable. In fact, the term "pumpkin spice" was added to Merriam-Webster's in 2022.