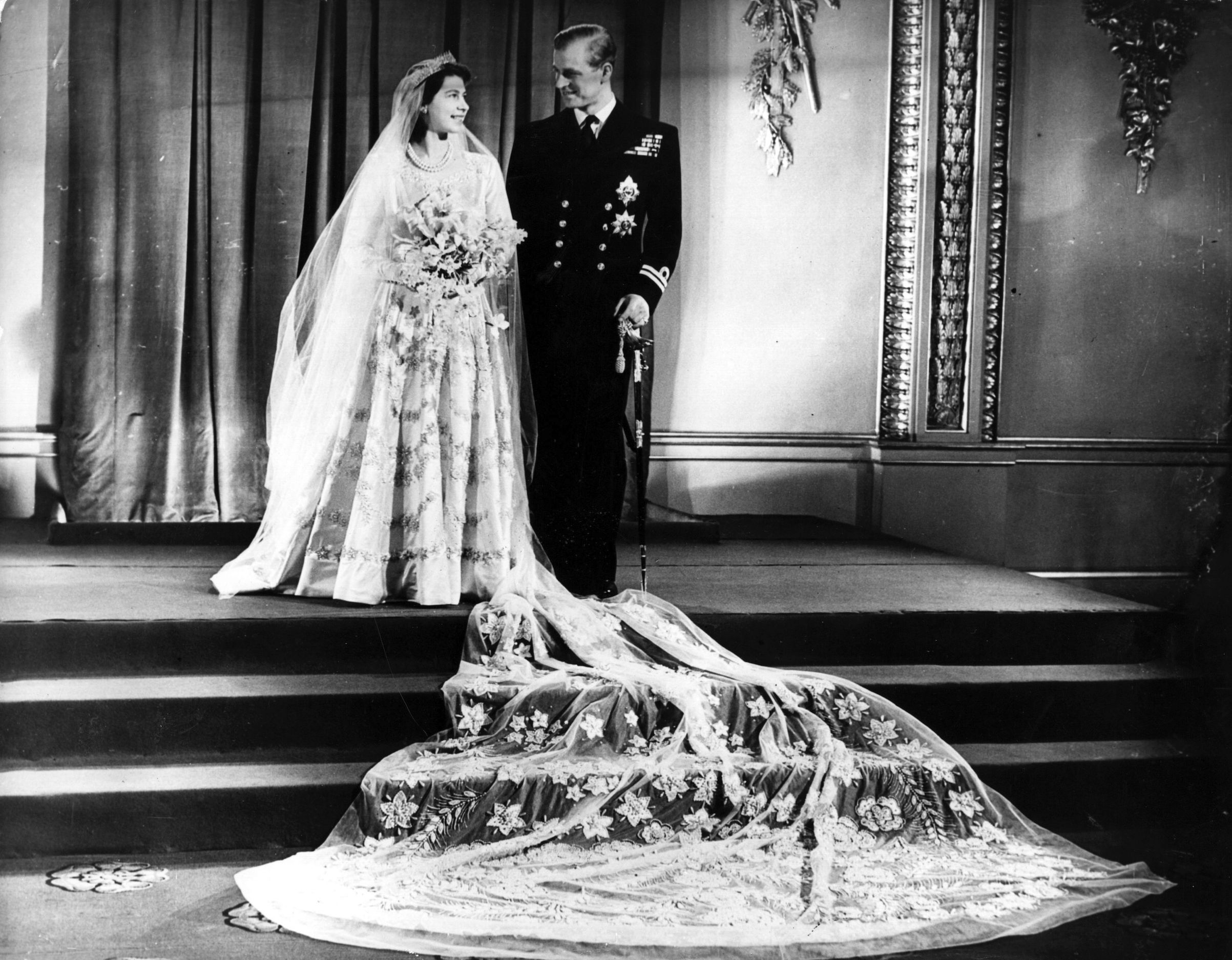 Given that Queen Elizabeth II passed away on September 8, 2022, it's always interesting to reflect on how things have changed in the 96 years since she was born.

There are many different viewpoints, but here is what that has been proven to be true, like the fact that Queen Elizabeth II used WWII ration coupons for her wedding dress.

The British Queen Elizabeth II exercised considerable wartime restraint while choosing her wedding outfit. Even royalty couldn't escape the restrictions that were still in place for British civilians after World War II when Queen Elizabeth and Prince Philip got married 70 years ago.

Queen Elizabeth II used WWII ration coupons for her wedding dress. Elizabeth saved her rationing coupons to pay for her garment, and the British government also gave her 200 coupons to use to buy the fabric. 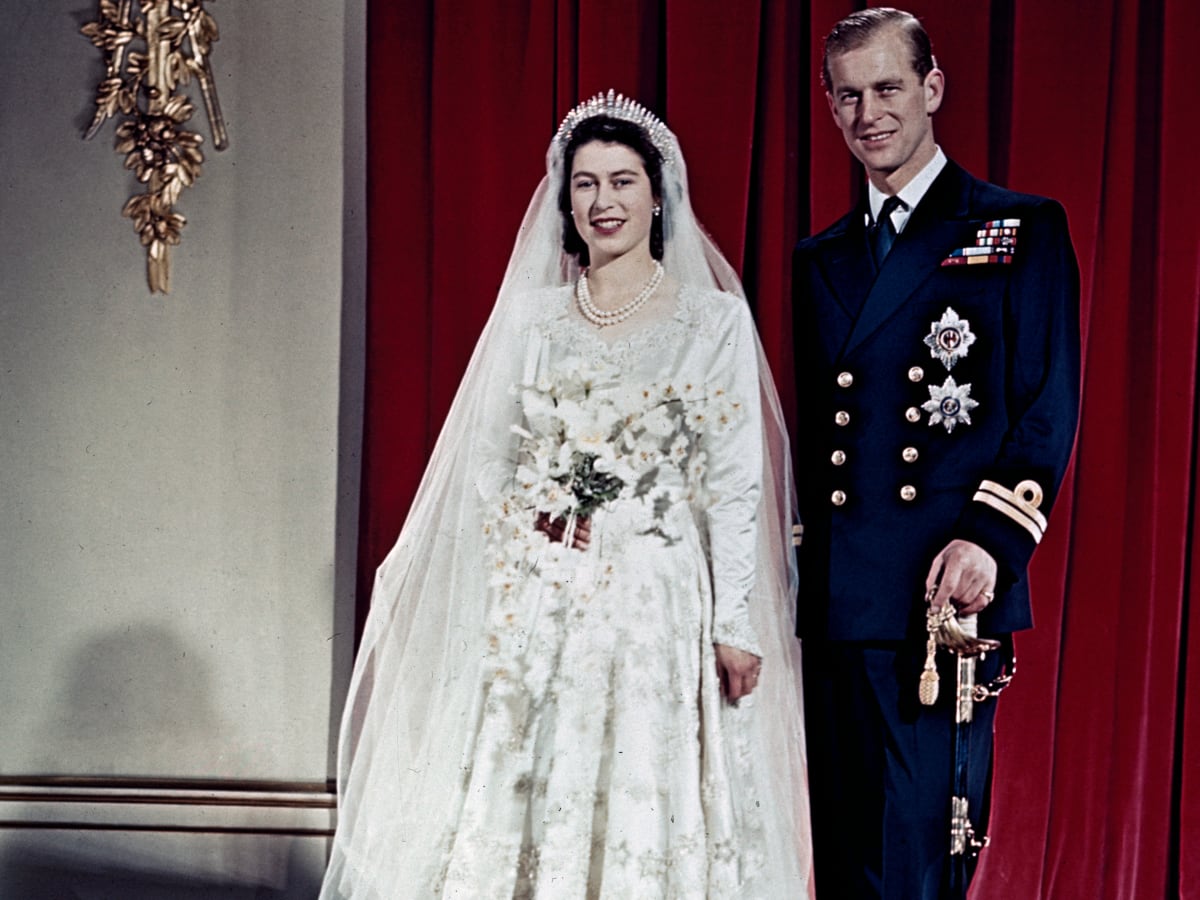 The then Princess Elizabeth had to return donations from women all around the UK when she used ration coupons to buy the fabric for her wedding gown two years after the Second World War ended.

She wore a stunning gown made from cloth purchased with war ration coupons. Because of post-war austerity regulations, Princess Elizabeth had to utilize clothing ration coupons to prove her right to the garment.

This might not be evident from the dress' appearance. She was granted 200 additional ration coupons by the authorities.

Thankfully, brides-to-be from all over the nation also gave her hundreds of clothes coupons to help her buy the dress. These vouchers had to be returned because it was against the law for them to have been distributed in the first place. 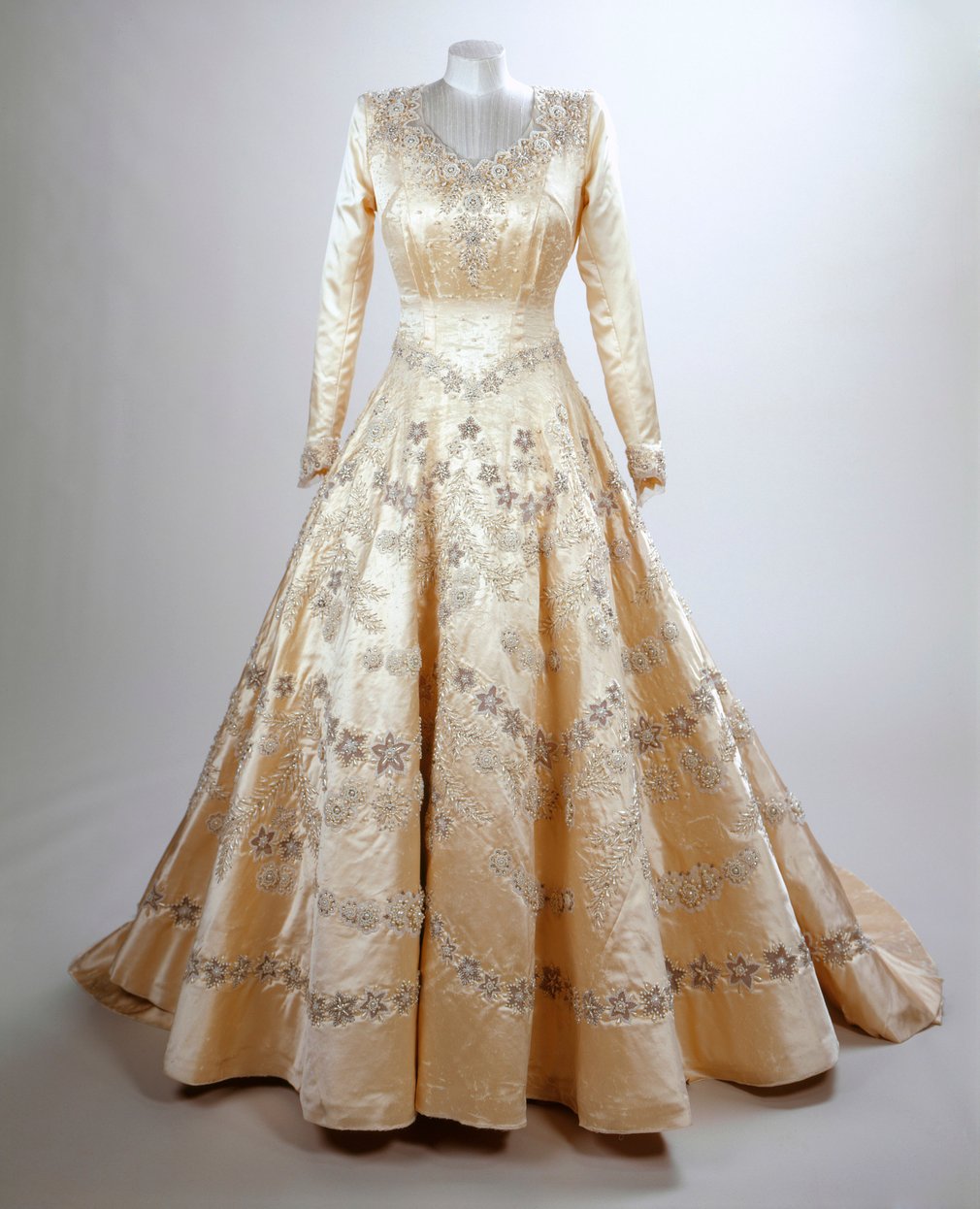 Norman Hartnell was the designer of the outfit. It has always been claimed that his signature was needlework. The designer particularly liked working with tulle and chiffon, as well as plain, glossy silks, because they are light, airy fabrics. He undoubtedly produced something suitable for a queen.

The dress had a high neckline, a fitted bodice, and a short train. It was made of Chinese silk. traditional dress with a fit and flare style. The ivory silk gown was embellished with crystals and 10,000 seed pearls that were imported from America, and it had a 13-foot-long train with a pattern taken from a Botticelli picture.

People say that the extra coupons were used to pay for the extra supplies that were needed to make this masterpiece.

Women do not cut corners when it comes to purchasing the dress they will wear when they walk down the aisle, even though that is much more than the average bride spends today. According to 2016 statistics from the wedding planning website The Knot, a bride in the U.S. spends an average of $1,564 on her wedding gown and $301 on her accessories.

According to the Bureau of Labor Statistics, the average American household spent $1,803 on clothing overall last year. Overall, though, one does not need to be a member of royalty these days to have a wedding budget appropriate for a princess.

According to 2016 research, the average American couple spends $35,329 on their wedding. According to research company IBISWorld, the wedding sector as a whole generated $77 million in revenue in 2016, up from more than $65 million four years prior.

This has led to an increase in 'bridechilla' attitude. Many of the expensive wedding customs are being abandoned, and now couples are opting for more ethical choices like charitable giving in place of wedding favor distribution.

Others are choosing to elope rather than have a lavish wedding so that they can spend the money on longer-term purchases like a down payment on a house.

Royal Wedding Presents On View To The Public (1947)

Did Queen Elizabeth Pay For Her Own Wedding Dress?

It is said that Princess Elizabeth used WWII ration coupons to pay for her wedding dress and she also had to return donations from ladies all over the UK.

How Did The Queen Buy The Fabric For Her Wedding Dress?

To assist her in purchasing the dress, brides-to-be from throughout the nation gave her hundreds of clothing vouchers. These vouchers had to be returned because it was against the law for them to have been distributed in the first place.

How Much Did The Queen's Wedding Dress Cost?

The dress was constructed of ivory silk satin, covered in 10,000 seed pearls and adorned with orange flowers and star lilies. It took seven weeks and a stunning £30,000 (approximately $37,000) to make.

Queen Elizabeth II used WWII ration coupons for her wedding dress. The Queen's post-war restraint in the 1940s, less than a decade before her coronation, is astounding, especially in light of the enormous sums spent on gowns in modern times.