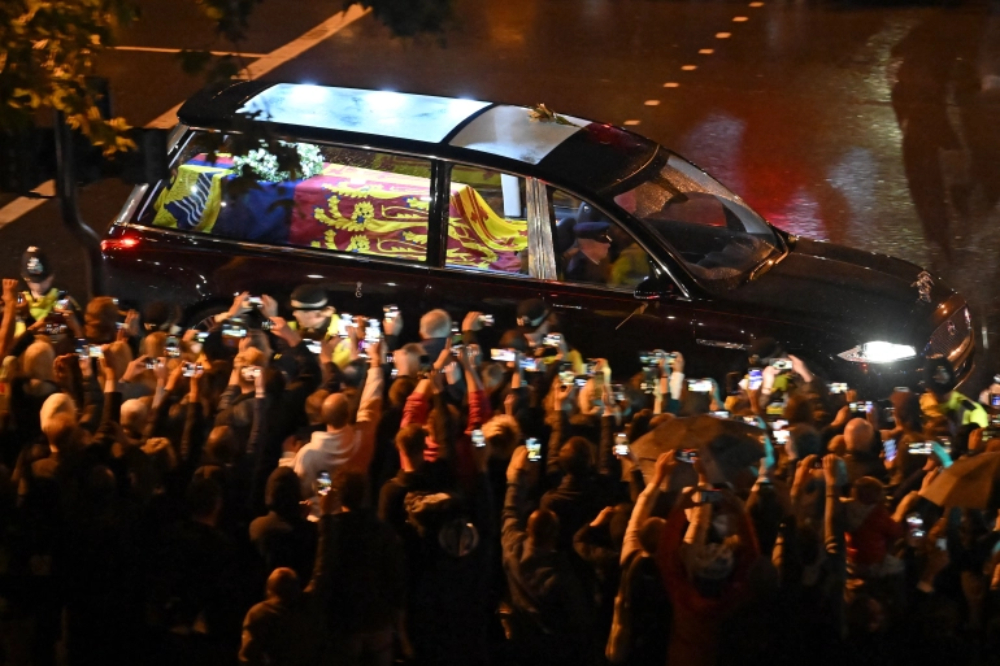 The 96-year-old monarch passed away last week in her home country, Scotland, and Queen Elizabeth's coffin arrives at Buckingham Palace in London. The military C-17 Globemaster carrying the monarch's coffin left Edinburgh on Tuesday and landed at RAF Northolt, an air force base west of the city, about an hour later.

Before the casket was placed in a hearse, the U.K. Prime Minister Liz Truss, Defense Secretary Ben Wallace, and a military honor guard were there. As the lit hearse was escorted by police on a London roadway, drivers pulled over and stopped as a sign of respect.

As Queen Elizabeth's coffin arrives at Buckingham Palace, where the country's new King Charles III, the late queen's oldest son, and other members of Elizabeth's immediate family were waiting, crowds gathered on London's streets to applaud and mourn.

A final night will be spent by the coffin at the Queen's residence in London. It's likely that a horse-drawn gun carriage will take it to the Houses of Parliament on Wednesday, where it will lie in state for four days before the funeral at Westminster Abbey on Monday (September 19, 2022).

When the Queen's coffin arrived at Buckingham Palace, her children and grandchildren met it there. The Queen Consort, Princes William and Harry, and their wives, Catherine and Meghan, were also there, as was the King and other members of the Royal Family, including his wife Camilla. 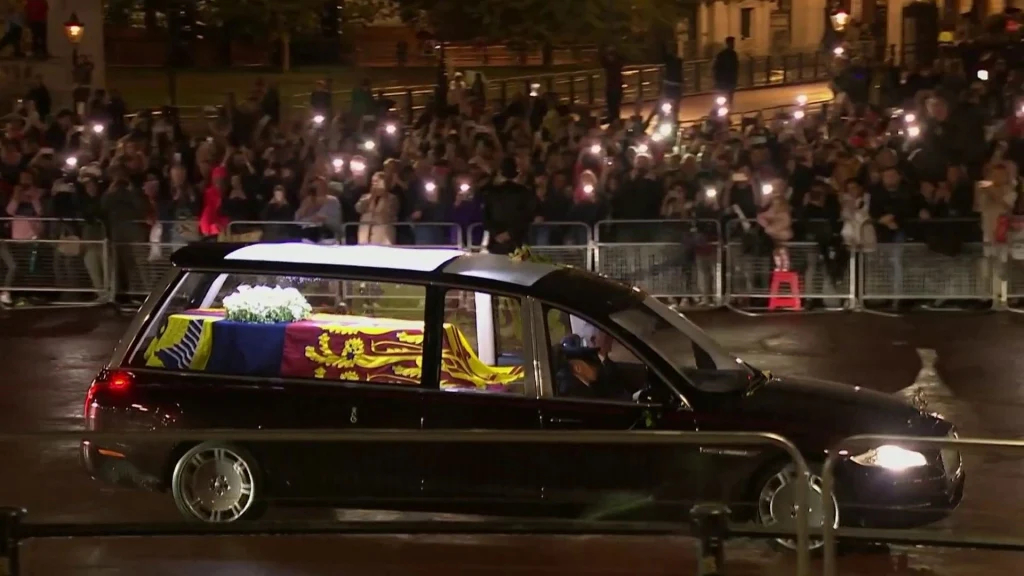 After taking a flight from Edinburgh, the hearse traveled by road with the Queen's daughter, Princess Anne. Crowds gathered along the route to pay their respects despite the rain. As the hearse pulled up to the palace, the large crowd assembled outside applauded.

As the solemn atmosphere gave way to a respectful celebration of the late Queen, shouts of "hip, hip hooray" could be heard. After seeing the casket arrive, the King and Queen Consort have since left Buckingham Palace. The march to the palace is the culmination of a mournful trip that started on Sunday at the Queen's Balmoral estate, where she passed away on Thursday at the age of 96.

In a statement released on Tuesday night, the Princess Royal, Princess Anne, who traveled with her mother's coffin from Balmoral to London, said it had been a "honor and a privilege" to travel with the Queen on her final journeys.

Witnessing the love and respect shown by so many on these journeys has been both humbling and uplifting,

We will all share unique memories. I offer my thanks to each and every one who share our sense of loss. We may have been reminded of how much we took for granted her presence and what she did for our national identity.

After 70 years on the reign, the queen passed away on September 8 at Balmoral Castle in northern Scotland.

Queen Elizabeth's coffin arrives at Buckingham Palace. As a mark of respect, several onlookers who were lining the street put down their umbrellas. Meanwhile, phone cameras lit up the masses as many captured the historic occasion.