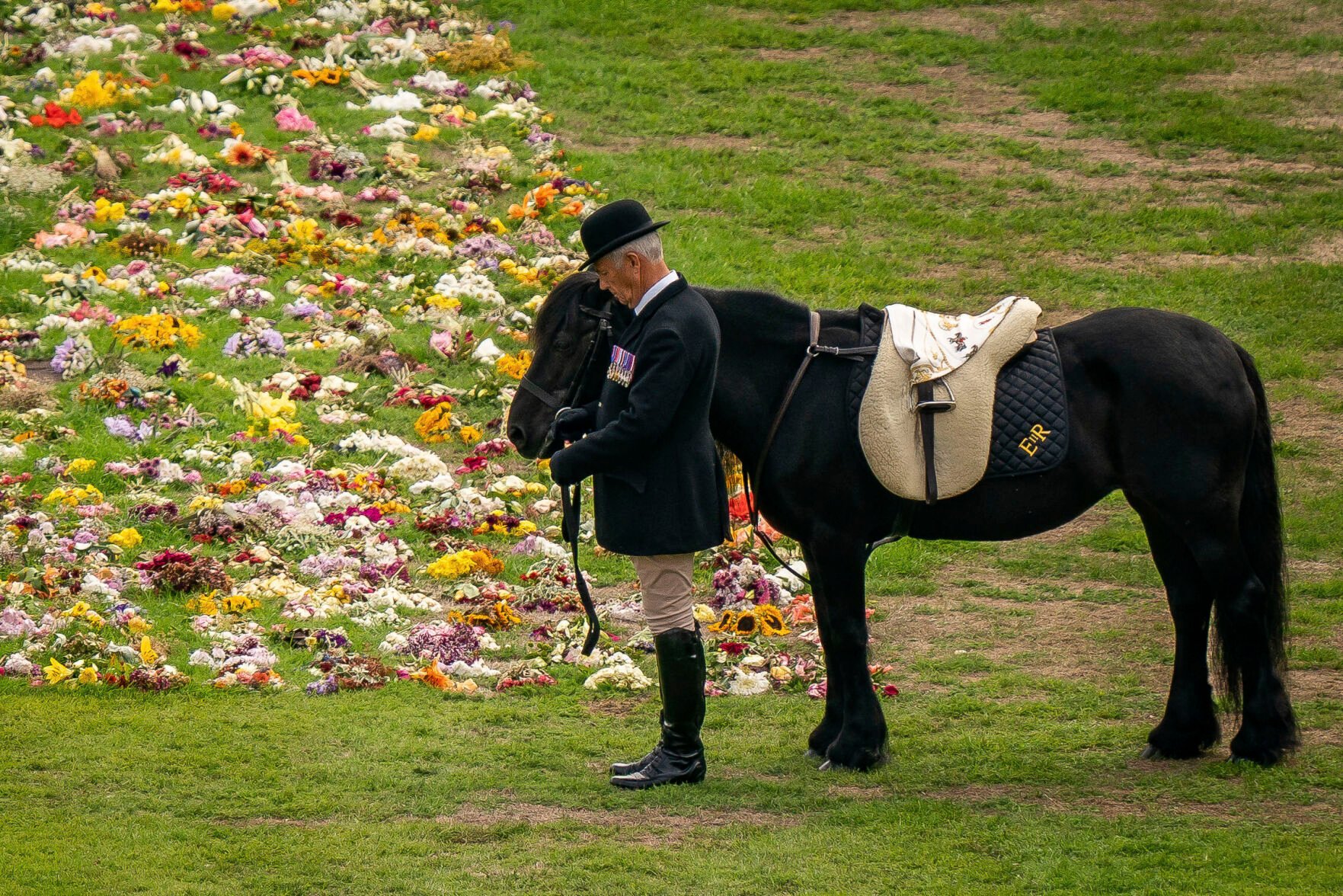 Queen's 'beloved' pony watched on as her coffin was brought to Windsor Castle. According to The Independent, the miniature horse known as Emma traveled 25 miles (40.2 km) from Westminster Abbey to Windsor Castle.

Special moments have also been given to the animals that were significant to Britain's longest-reigning queen as the world bids Queen Elizabeth II farewell. On Monday, Queen's 'beloved' pony watched on as her coffin was brought to Windsor Castle.

As the State Hearse passed them, Terry Pendry, the Queen's chief groom, knelt down next to the horse and was captured on camera bowing.

Emma was accompanied by Terry Pendry, who served as the Queen's head groomer for 25 years, as she flaunted her opulent black coat. Pendry bowed his head as the State Hearse passed them, and royal guards marched alongside it as the two remained motionless.

Emma was not the only four-legged companion present, though; Sandy and Muick, the Queen's beloved corgis, also bid Her Majesty farewell. According to The Guardian, Emma was one of the Queen's favorite horses to ride, which Pendry reportedly admitted to Horse & Hound magazine in 2020.

Emma was still being ridden by Queen Elizabeth II, a supporter of the Fell Pony Society, well into her 90s. The Fell Pony Society surprised the Queen with a collection of 120 fell ponies for her 90th birthday in 2016, according to The Independent, who noted that the Queen had a fierce passion for horseback riding. 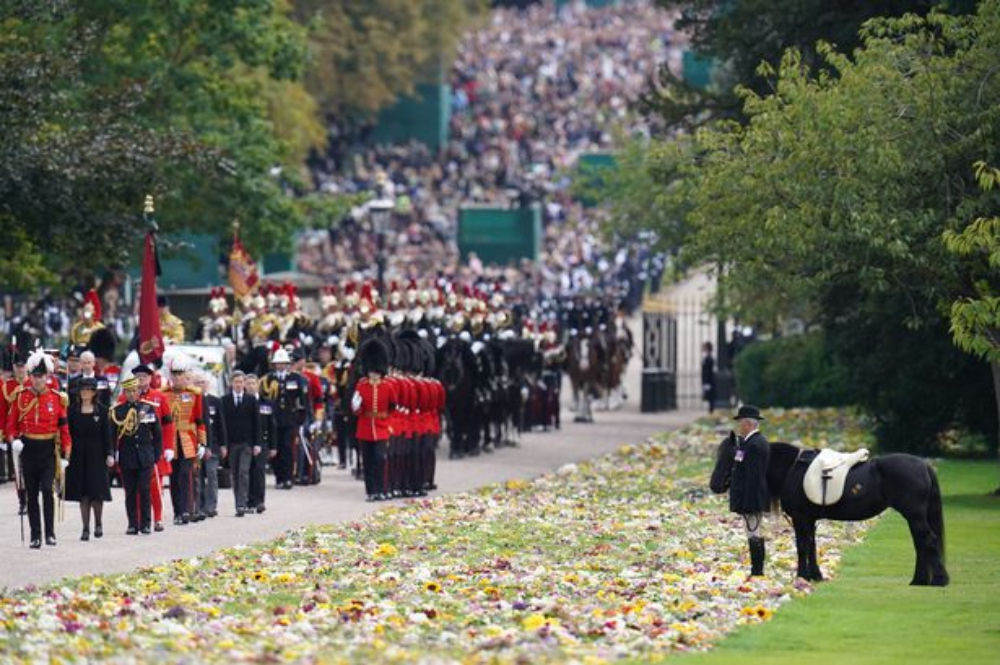 Queen Elizabeth Pony bowing during the process of Queen's burial

According to Breyer, Emma, who also comes from the herd of fell ponies, was bred by the Cumbria, England-based Murthwaite Stud. A well-known farm called Murthwaite Stud allows its horses to live a semi-feral lifestyle, just like their Viking-era forebears did.

This breed, whose name means "mountain" in the Nordic language, is renowned for its powerful trot as well as its endurance and intelligence. Thus, it makes sense why the royals felt a connection with them.

When Emma calls the mews at Windsor Castle, she plays one of the more prominent roles in the royal herd. But Emma wasn't just Her Majesty's main love interest, the Queen's granddaughters also rode her.

While the Queen is well known for her love of animals, Camilla, the Queen Consort, claims that she has always had a special interest in horses and everything equestrian.

According to Town & Country, Camilla stated:

I think this is her passion in life, and she loves it, and you can tell how much she loves it. She can tell you every horse she’s bred and owned, from the very beginning. She doesn’t forget anything. I can hardly remember what I bred a year ago, so she’s encyclopedia about her knowledge.

Queen's 'beloved' pony watched on as her coffin was brought to Windsor Castle. Once at Windsor Castle, the Queen will be laid to rest in St. George's Chapel in a private ceremony attended only by the closest members of the royal family.