Real Life Shrek - Is Shrek Movie Really Inspired From Him? 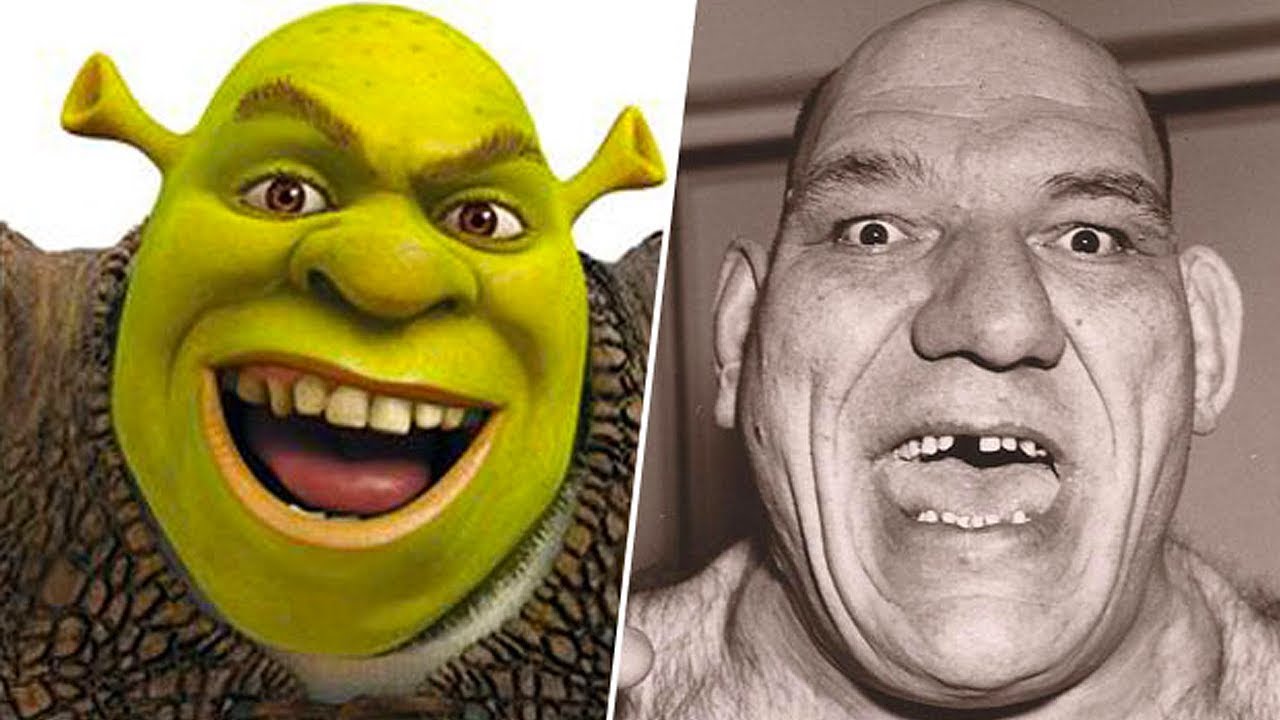 The only real inspiration for the animation movie character Shrek was the man with the nickname "French Angel". He looks like a real life Shrek. The similarity is unreal.

Shrek is such an exaggeration of a cartoon, and if it is based on a real person, it seems to be based only roughly.

But it turns out that the artists who worked on Shrek had a real model that looked like their green ogre with a golden heart!

Officially known as the Russian-born Frenchman Maurice Tillett, the man became famous as a wrestling star in the 1930s and 1940s. 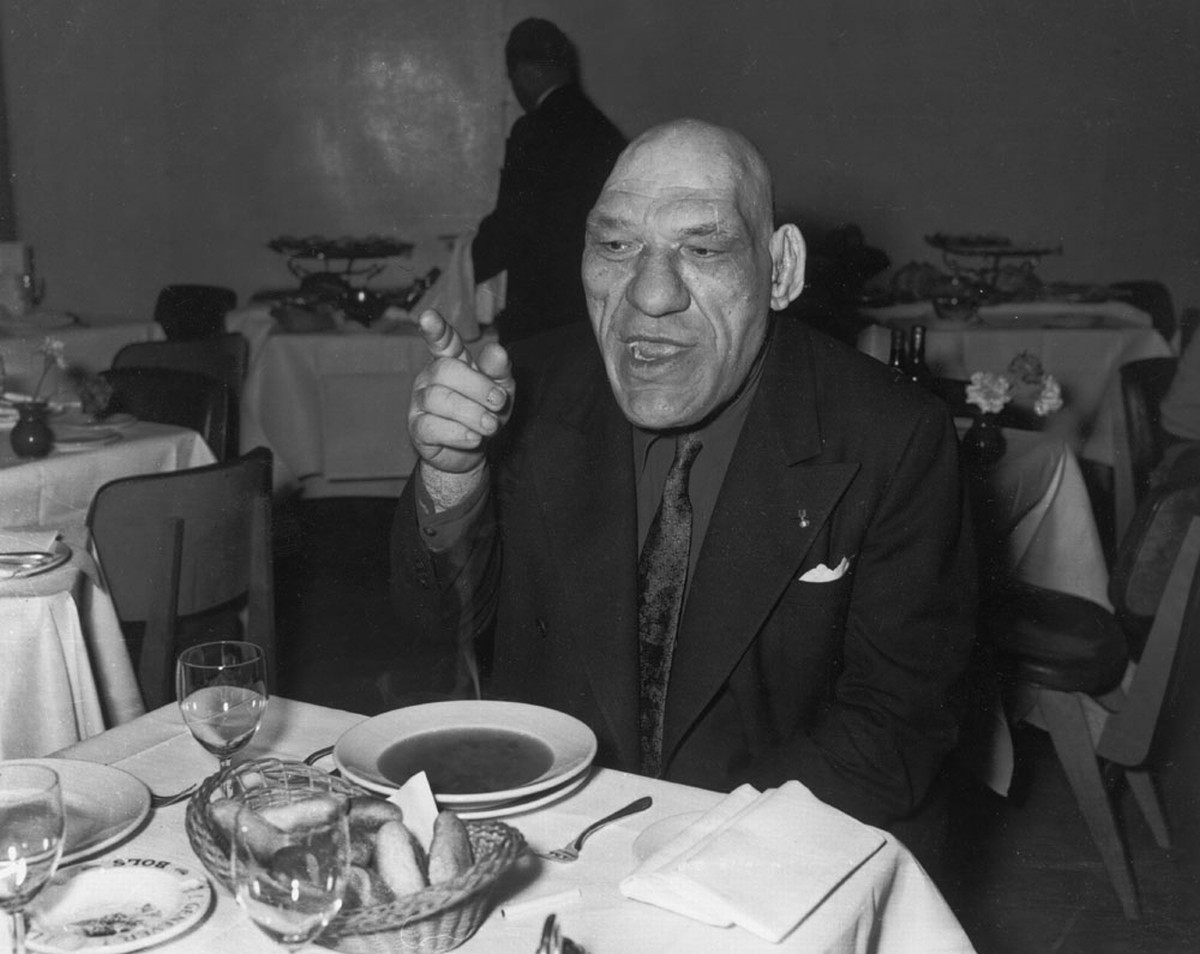 Maurice Tillet sitting on a table in a restaurant

Born in 1903, Tillet is said to have been called an "angel" by his childhood friend with his blonde and angelic face.

However, according to the Canadian news site Canoe, at the age of 17, doctors diagnosed him with acromegaly.

Acromegaly is a hormonal disorder that increases the growth of bones in the hands, feet, and face, among other things.

Photos of Maurice Tillet Shrek, after the surge in growth caused by acromegaly, show a man who is very similar to Shrek, the gentle ogre of the 2001 movie of the same name.

According to News.com.au, Tillet dreamed of becoming a lawyer, but before finally entering the world of professional wrestling in 1937, he arrived at the French Navy.

Despite the physical similarities between the Tillet and Shrek, DreamWorks, the studio that released the film, has never officially addressed long-standing rumors that Tillet's performance was the basis of the animation movie character.

An anonymous blogger who says he worked in the DreamWorks art department during Shrek's development has a picture of a strange ball containing wrestlers such as "Swedish Angel", "Irish Angel", and "French Angel".

Modelers and artists who worked on Shrek suppressed his inspiration, but he did not completely deny that Maurice inspired Shrek.

A spokesman for the company did not immediately respond to requests for comment from the Huffington Post. 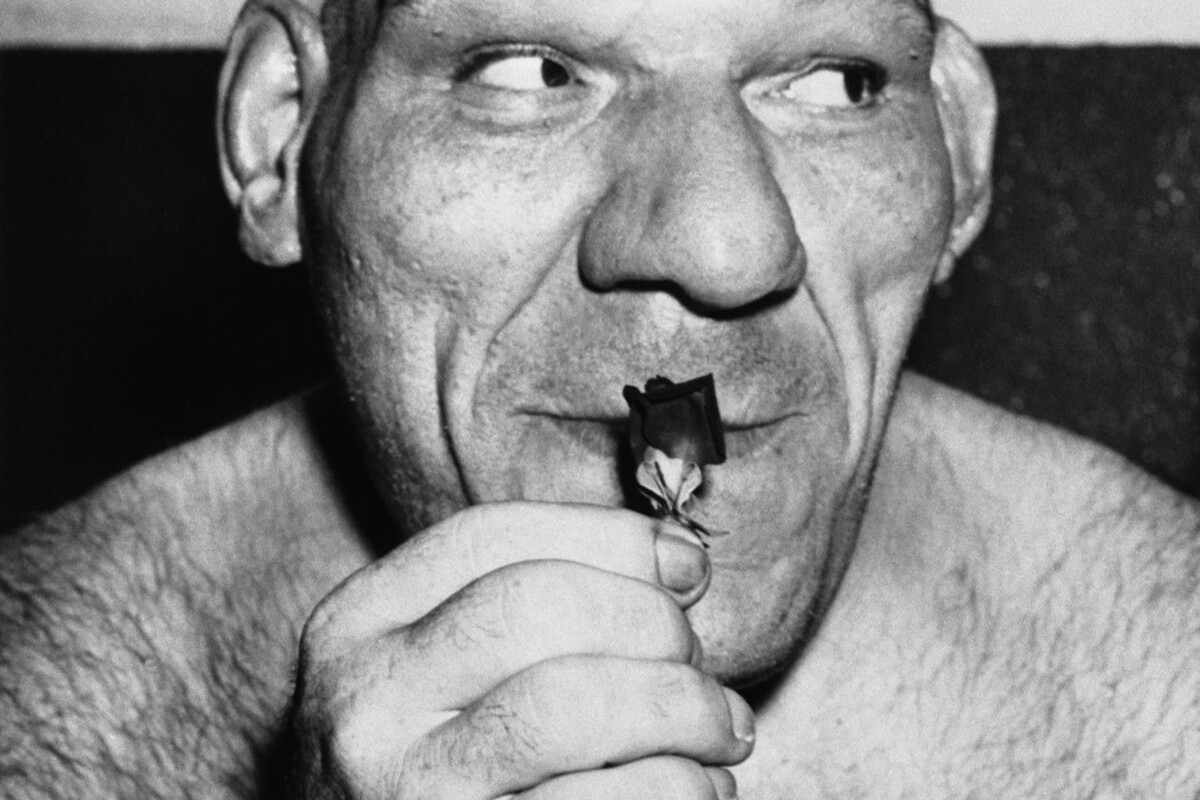 Maurice Tillett, also known as "The French Angel," was born on October 23, 1903, in St. Petersburg, Russia, and moved to France with his mother after his father died when Maurice was eight years old.

Until then, he lived a relatively normal life...

It was at this time that Tillet began attending St. Philip Neri Catholic School, where his mother was a language teacher.

He developed a strong Catholic faith and dreamed of becoming a lawyer.

But when Tillet turned 17, he noticed that his body was changing rapidly. His head, chest, hands, and feet began to grow.

When he went to the doctor to investigate the cause of the sudden deformity, he found that Tillet suffered from a condition called acromegaly caused by the growth of a benign tumor of the pituitary gland.

This causes rapid overgrowth of bone and the tissue of the body.

His illness had so much influence on his appearance that Tillet gave up his dream of becoming a lawyer in a profession that was better suited to his height and physique.

Thanks to the guidance of his friend and amateur wrestler Karl Pojello, Tillet was able to find a way to become the world's top wrestler or you can say real life Shrek wrestler, Echeron, and soon gained the nickname "Angel".

Eventually, he moved to Chicago, competing in the United States and developing a wide range of signature moves, including the iconic "bear hug."

Maurice wrestled in Europe and America in the 1930s and 1940s. In 1950, the sculptor Louis Link made several busts of the greenish cast Maurice.

Two of the masks are on display at the Weightlifting Hall of Fame and the York Barbell Museum. 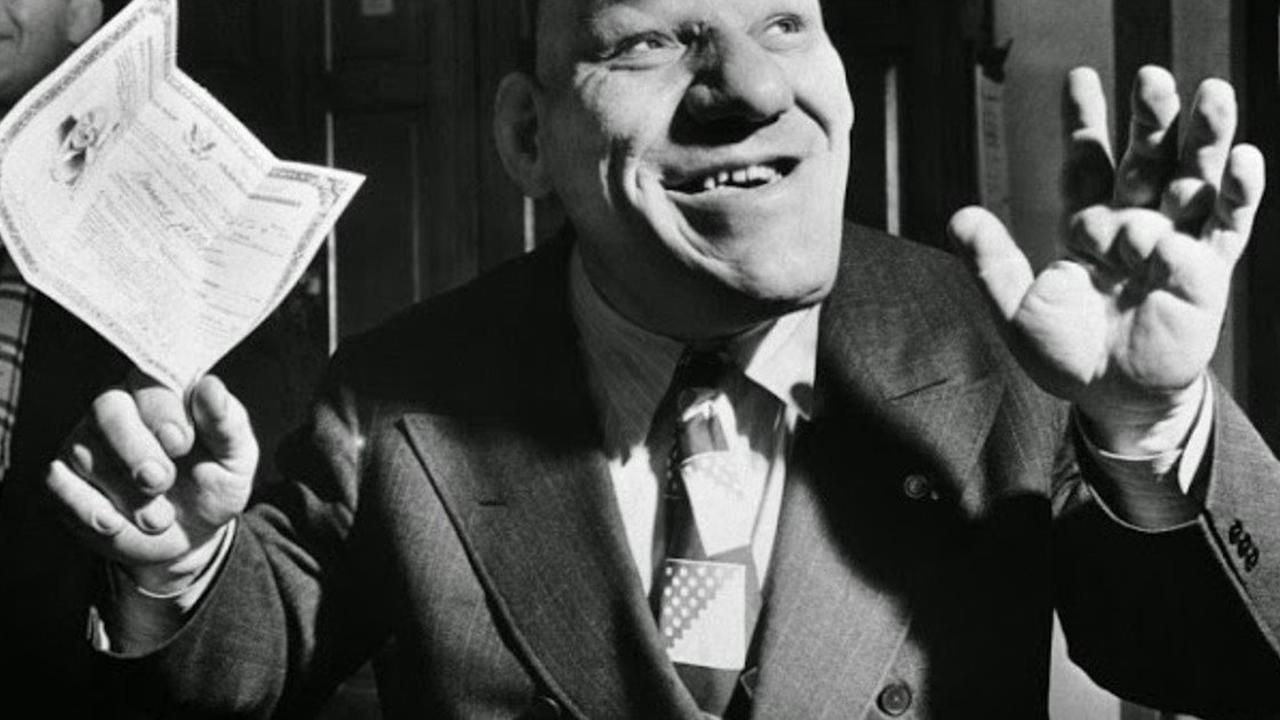 His appearance was later criticized, but Tillet was called an "angel" as a young boy because of his gentle face and blonde hair.

This nickname was given to him even after he developed acromegaly. He was often referred to as the "French Angel" throughout his wrestling career.

Tillet was known for his sweet temperament, which did not discourage critics of his appearance. Another wrestler, George Macricostus, reportedly told his friend Karl Pojello, "Karl, I have just seen the ugliest man in the world."

Shrek is a fictional demon character created by American writer William Steig. Shrek is the protagonist of the book of the same name, the DreamWorks Animation movie series, and the musical.

But is revealed in Shrek Forever that he is much smaller than the average ogre.

According to Shrek the Musical, his career is a mystery, but it is clear that Shrek was an ogre and was sent out by his parents on his seventh birthday. In some of the original books, his parents have driven him out of the swamp.

He can be seen wandering alone, yelled at, and teased by passers-by.

He is only amicably welcomed by the waves from the young Fiona, who was immediately taken away by his parents.

In the book, his parents threw him into a dark hole leading to the real world.

The UNTOLD Story of The Wrestler That Inspired Shrek ...

Is Shrek Based Off A Real Story?

Animation studios have never announced whether "Shrek" is based on a real person, but the general consensus is that a real person is behind the ogre. His own story deserves a Hollywood fairy tale.

How Tall Was The French Angel?

Little is known about Tillet's involvement in this 1935 Josephine Baker movie, but Maurice Tillet, real life Shrek, starred as one of the movie's musical numbers as an uncredited barghest.

Do you know CBD Won't Get You High?