Retarded Comics - Why Can't You Use The Word 'Retarded' Anymore? 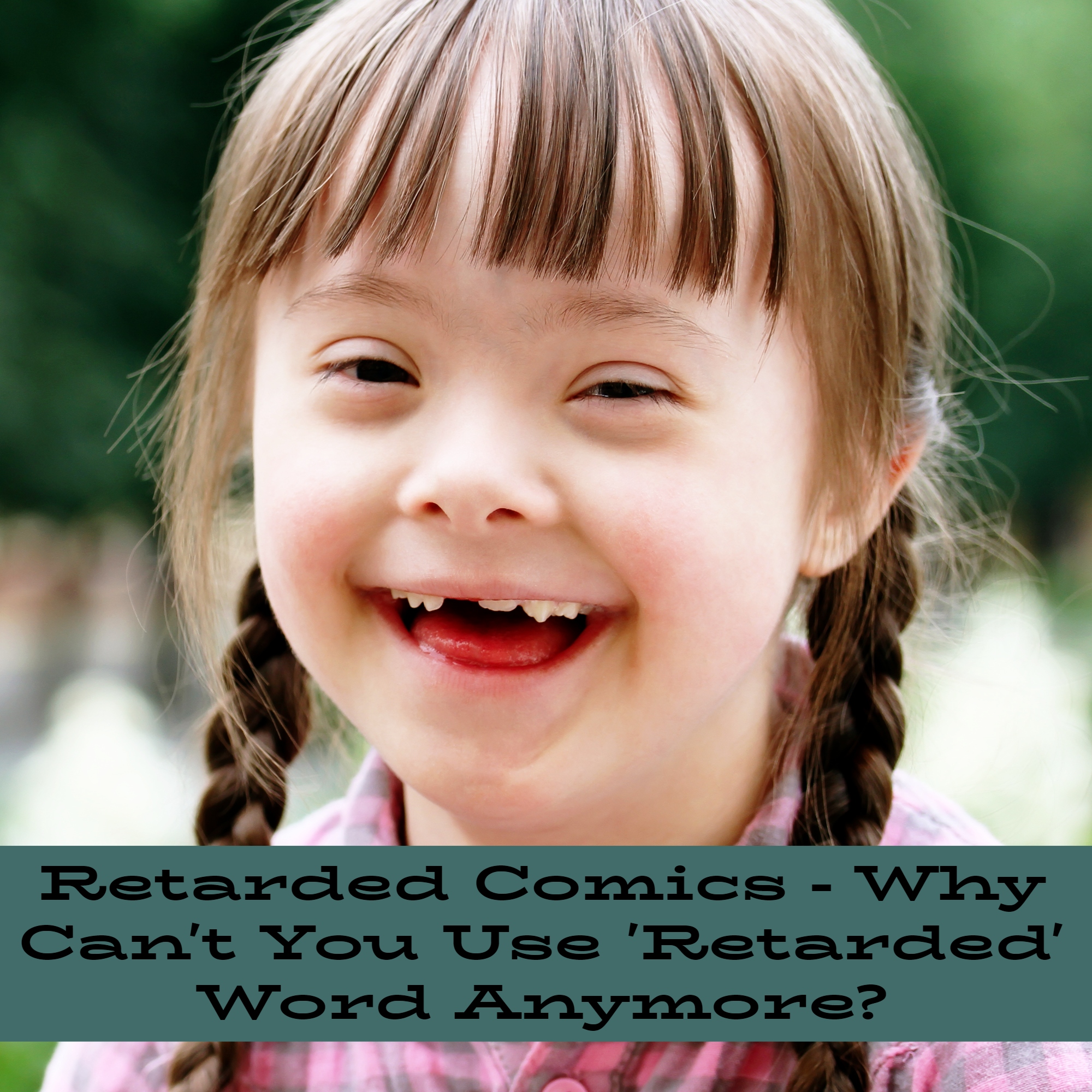 Retarded comics are around the corner for some time. Or better to say disgracing people over their mental problems by some so-called comedians is funny nowadays for SOME idiots.

Some idiots use 'retarded' to disgrace people suffering from down syndrome. Some stupid guys just take 'down syndrome' like it is too funny to say that people with Down Syndrome are low in mental abilities. Well, it is NOT funny at all. 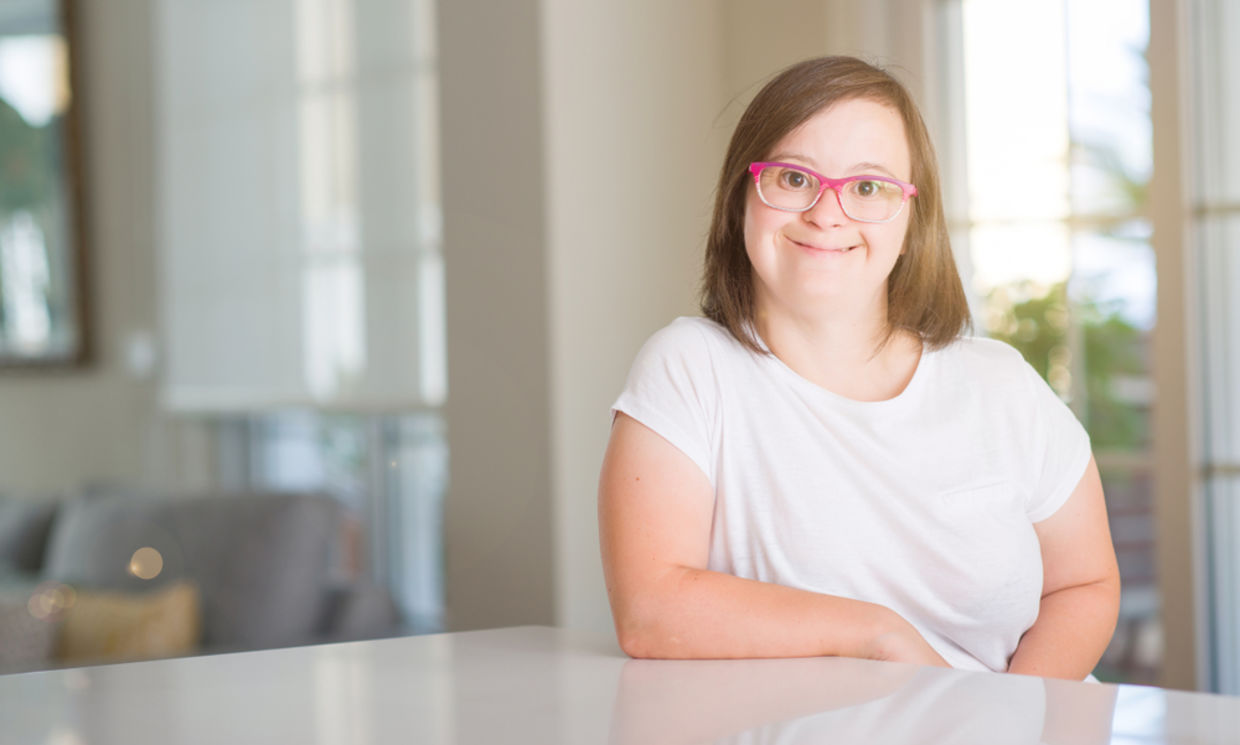 Down syndrome patient wearing a white shirt and pink glasses

With a comedy from his most recent Netflix special, "Disgraceful," comedian Tom Segura has angered people in the community who have Down syndrome and set off a wave of criticism from his fans.

The stand-up comedy, which launched on January 12, sees Segura recommending that the use of the R-word be replaced with the term “extra 21st chromosome.”

"You can't say 'retarded' any more," Segura is in The Mighty while the crowd laughed.

It was just here. Don’t you remember? - “Retarded.” That’s how I…-[audience laughs] People get very upset. I don’t really support the arguments against it. When people are like, “You shouldn’t say it.” Why? What if there’s one over there? And you’re like… [audience laughs]

You said it to describe an idea or a situation, you know?

If your friend was like, 'I’ll pick you up at your house, and then we’ll come back to my place, and later we can go back to your house. And we can get your bags. And then, we’ll come back over here after that…'

Now you’ve gotta be like, 'That’s not… smart. Your idea has an extra 21st chromosome, if you ask me. It’s not the same.'"

The statements he made incited indignation among the parents of children who were diagnosed with Down syndrome.

The comedy of Segura is intolerable for Nao Hatamochi-Pinard, who lives in Toronto and is the parent of a child with Down syndrome who is two years old.

“I speak up because my daughter works extremely hard, every single day to accomplish many of the things that most people take for granted, but with patience and grace that I think everyone can learn from."

"And I, as well as the entire Down Syndrome community work hard every day in an effort to let the world know how much people like my daughter have to offer,” she said. 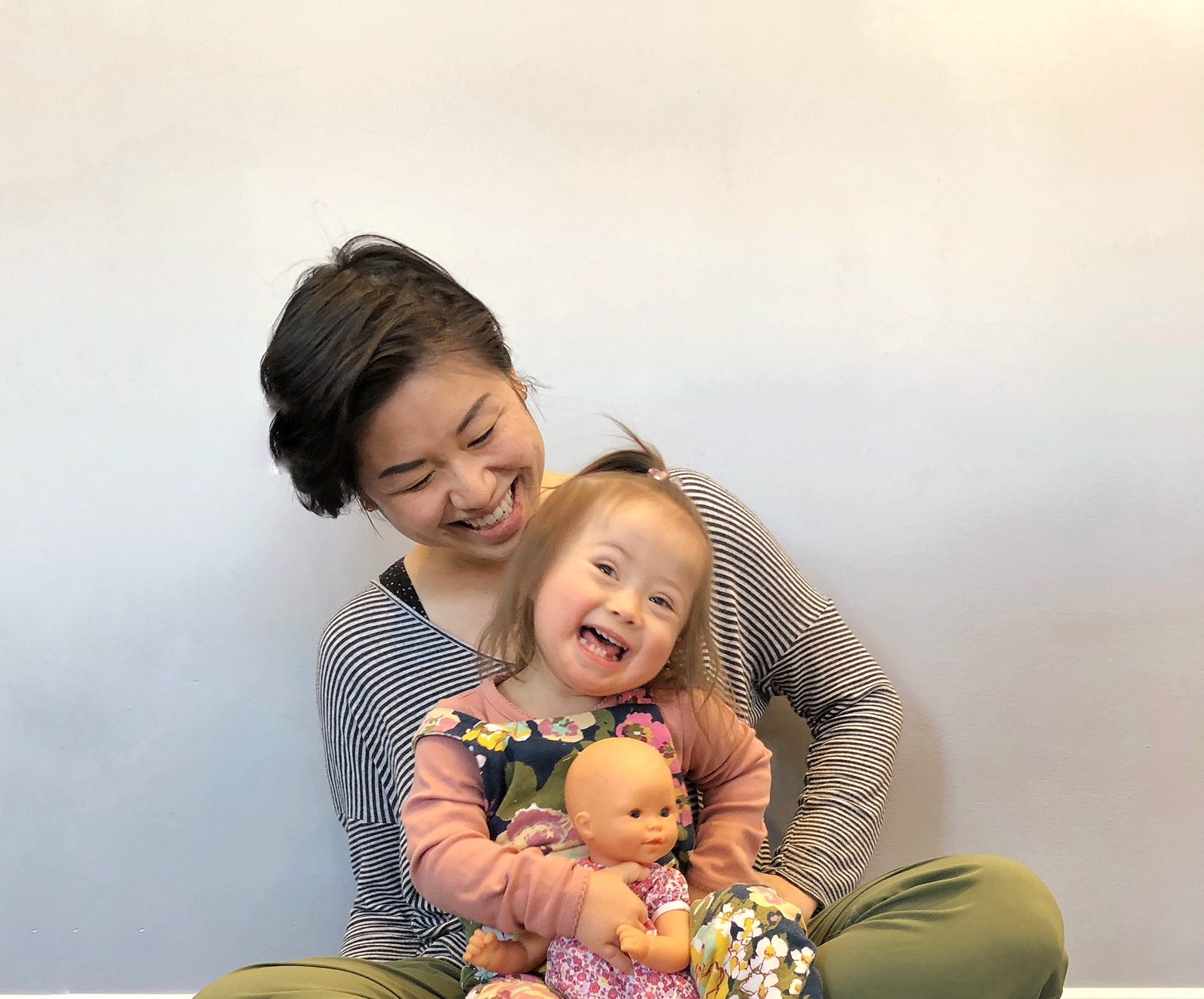 “So although bringing Tom Segura up draws more attention to him, I speak in hopes that it will also spark more productive conversations about vulnerable populations and the use of discriminatory language, and ultimately pique people’s interest to look further into the Down syndrome community, where they’ll probably find so much more positivity than they ever expected,” she said.

The Canadian Down Syndrome Society (CDSS), which shares this sentiment, has described Segura's words as being disrespectful.

A advocate named Alana Gersky was quoted in a news release statement provided by CDSS.

“You should say it is never okay to use the R-world. By using that word on TV you are setting a terrible example,” 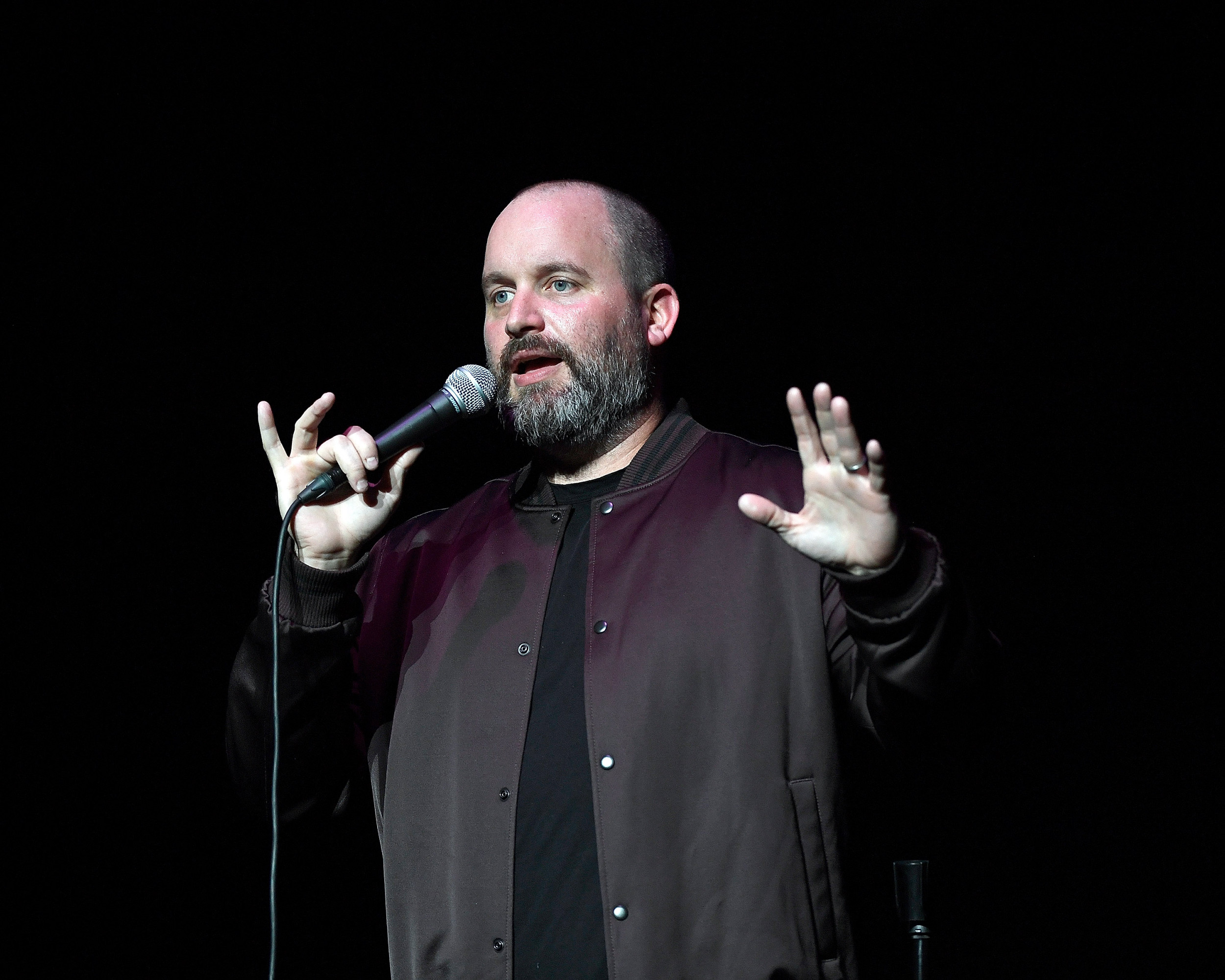 Tom segura wearing a black jacket and a black shirt

A Comic Show Was Pulled Off Due To "Retarded Comics"

As a result of criticism from advocates for people with disabilities, a comedian, Gary Owen, who used the word "retard" multiple times and made fun of people who have intellectual disabilities in a Showtime special has decided to remove the offensive material.

After agreeing to remove a segment from his 2015 Showtime special titled "Gary Owen: I Agree With Myself," which can still be viewed on-demand, Gary Owen had a meeting this week in Washington, D.C. with four individuals who advocate for themselves.

Owen talked about his "retarded" cousin Tina during the course of the program which lasted for a total of 75 minutes.

During the routine, Owen made jokes about athletes competing in the Special Olympics and defended his remarks to the audience by claiming, "it's cool, it's my cousin."

This past spring, several advocacy organizations for people with disabilities, including Special Olympics and The Arc, joined together to demand that Showtime remove the content, which they referred to as "verbal assault." 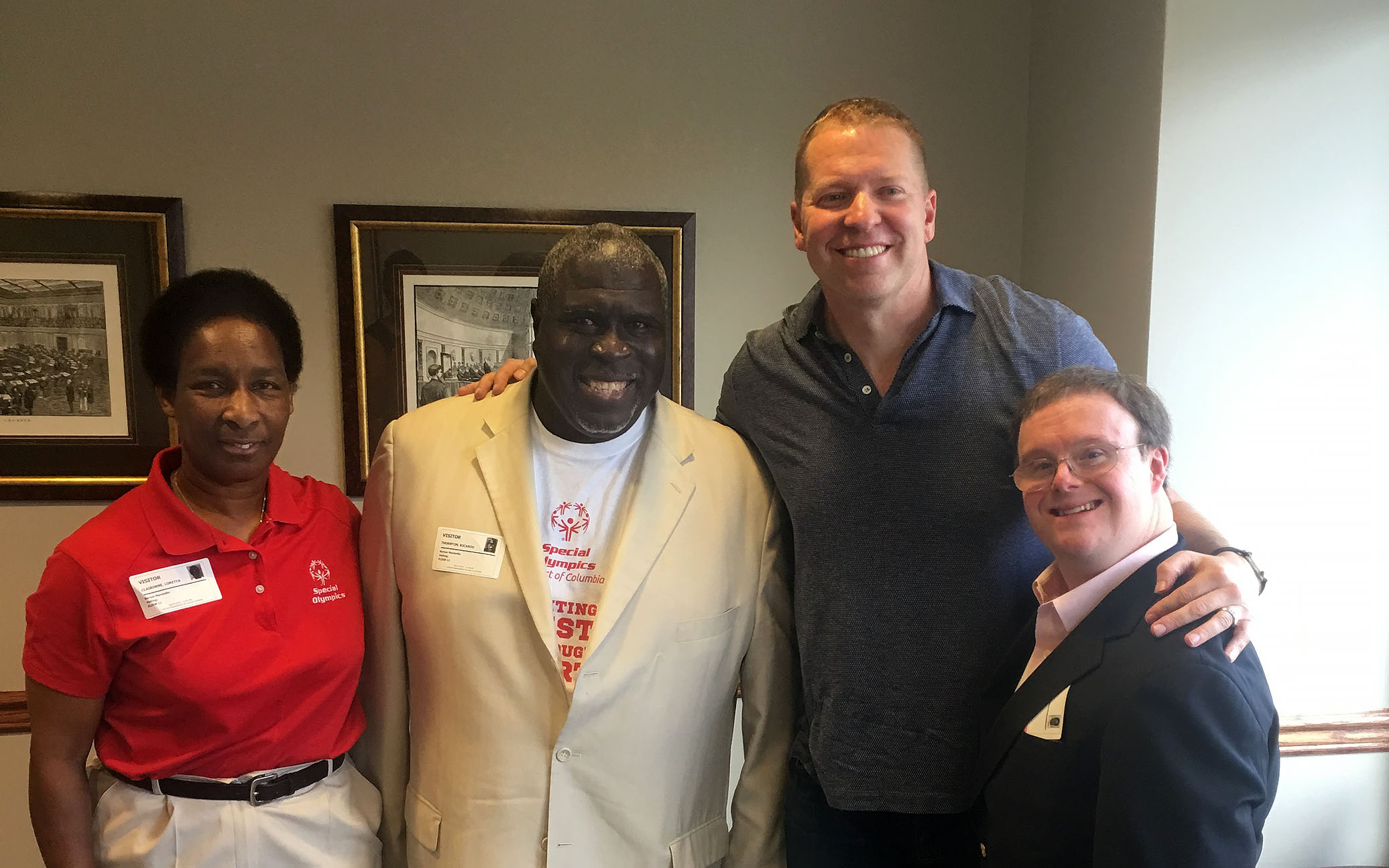 Gary Owen with a down syndrome patient and two other people

People who have Down syndrome typically have a low IQ (a measure of intelligence) and speak more slowly than youngsters who do not have the condition. The following are some examples of typical physical manifestations of Down syndrome: a face that has become more flattened, particularly the bridge of the nose. eyes in the shape of almonds that are set at an angle. A thin and short neck.

What Was The Effect On Gary Owen's Show After Insulting Down Syndrome People?

The cable television network's spokesperson stated that they are "pleased to support Gary Owen's decision to modify his Showtime comedy special," and that the revised version is now available to the public.

How Segura Reacted To The Complaints Against Him?

In response to the criticism, Segura posted the following message to Instagram in order to ask Netflix not to remove his special: “Hey @netflix please don’t take my special down. That’d be so r*tarded.”

How did you react to these retarded comics when you heard about them? I hope you also did not find them funny rather they are truly disgusting.