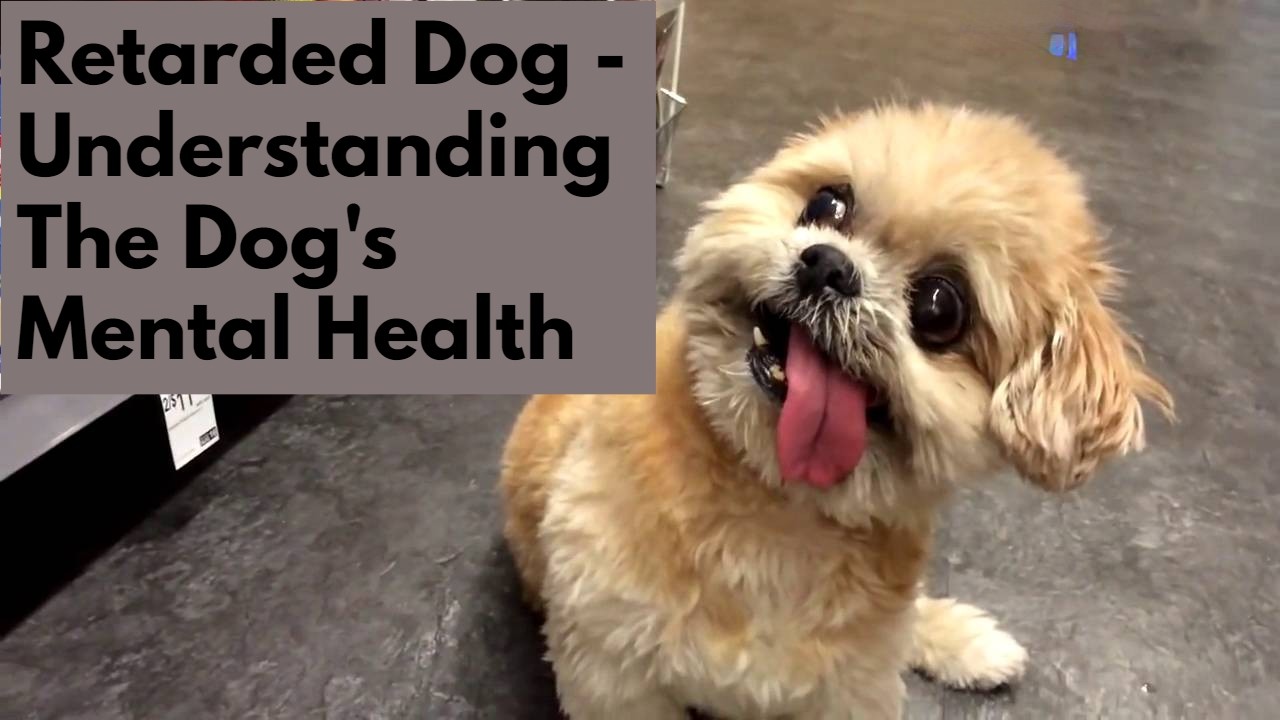 Retarded dog exists but dogs do not have any mental disabilities. That is a myth that must be debunked. Mental illnesses/disorders in dogs do exist and can be treated with medicine or treatment.

Most dog owners have suspicions that their canines are suffering from mental illness. The bulk of the people, however, chooses to disregard these signs.

Does retarded dog exist? It may appear to be a foolish question, but it is crucial. The answer is both yes and no. 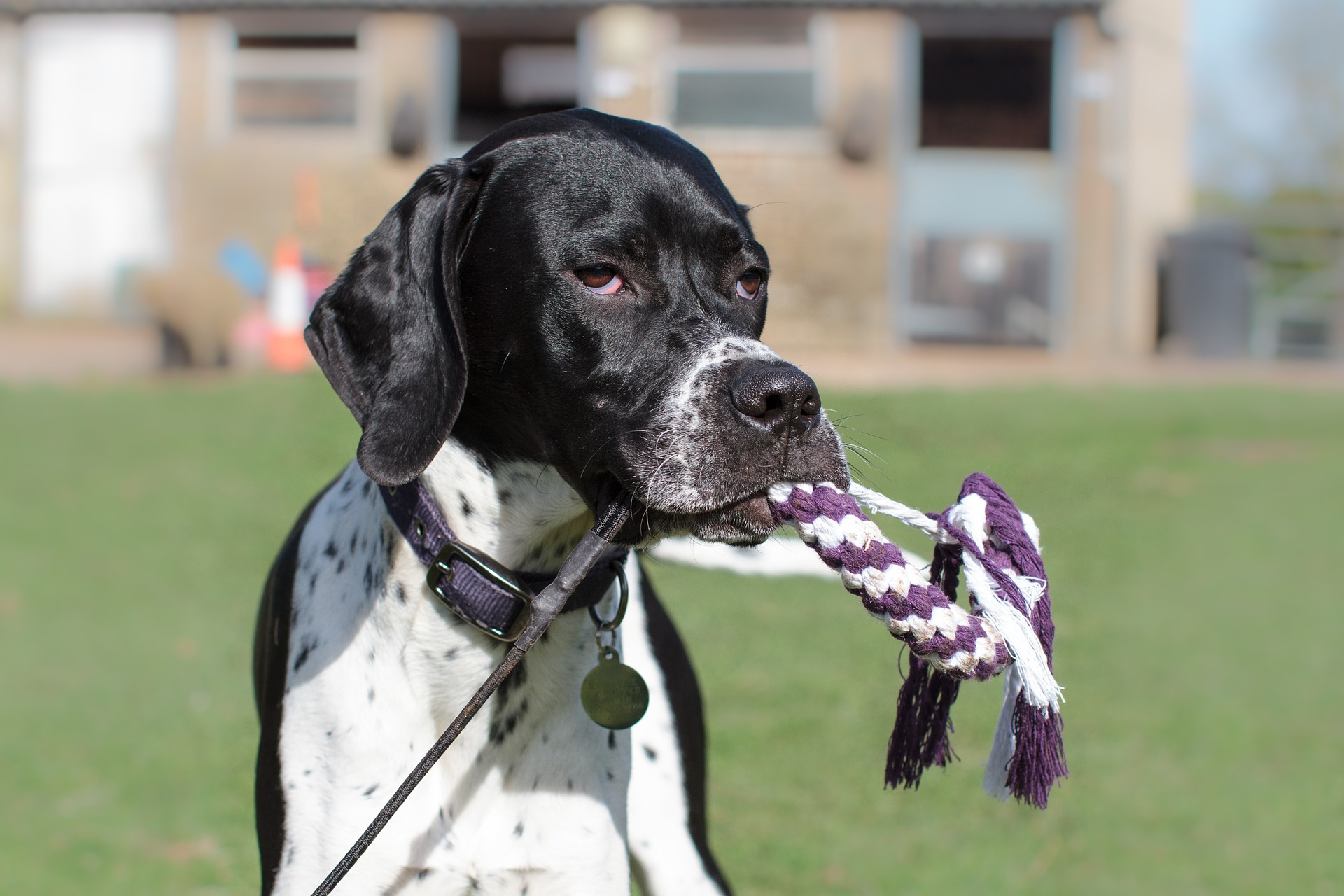 Black and white mentally-challenged dog in the garden

Can Dogs Have Retardation?

Yes. The brain is an organ that can develop problems. Dogs, like everything else with a brain, can deal with mental issues and disorders.

Mental problems aren't just human ailments; they can also affect animals. Some forms of psychosis and depression in animals have long been recognized by animal behaviorists.

In fact, dogs are much more likely than humans to acquire mental illnesses.

However, just because your dog takes a bit longer to react does not indicate it is cognitively challenged.

In the world of dogs, there are a variety of mental illnesses. This article will look at the symptoms of various illnesses and how to detect whether your dog has one.

When the dog's owner leaves the house for any length of time (even if it's only for five minutes), the dog experiences panic and distress.

As the period of separation extends, the symptoms get more severe, and destructive behavior such as chewing on furniture or urinating inside the house may occur.

It's also worth noting that similar symptoms could appear if the pet parent's schedule has altered, such as working from home instead of in an office.

This is a severe type of phobia that is provoked by certain sounds.

When the dog hears the intended noise, it may get panicked, exhibiting signs such as panting and pacing, as well as shivering in fright and urinating/defecating.

OCD in dogs is usually identified by a pattern of behavior, such as excessive licking or biting.

Obsessive behaviors like chewing on furniture, rotating in circles repeatedly before lying down, and pacing from one corner of the room to the other are common in dogs with OCD.

Dogs might develop behavioral disorders as a result of something as simple as a traumatic experience in their past.

They are occasionally born with these issues, and other times they are the result of an accident or injury that occurs during puppyhood.

It could also be a case of mental drudgery, slow growth, a hereditary condition, or depression symptoms. 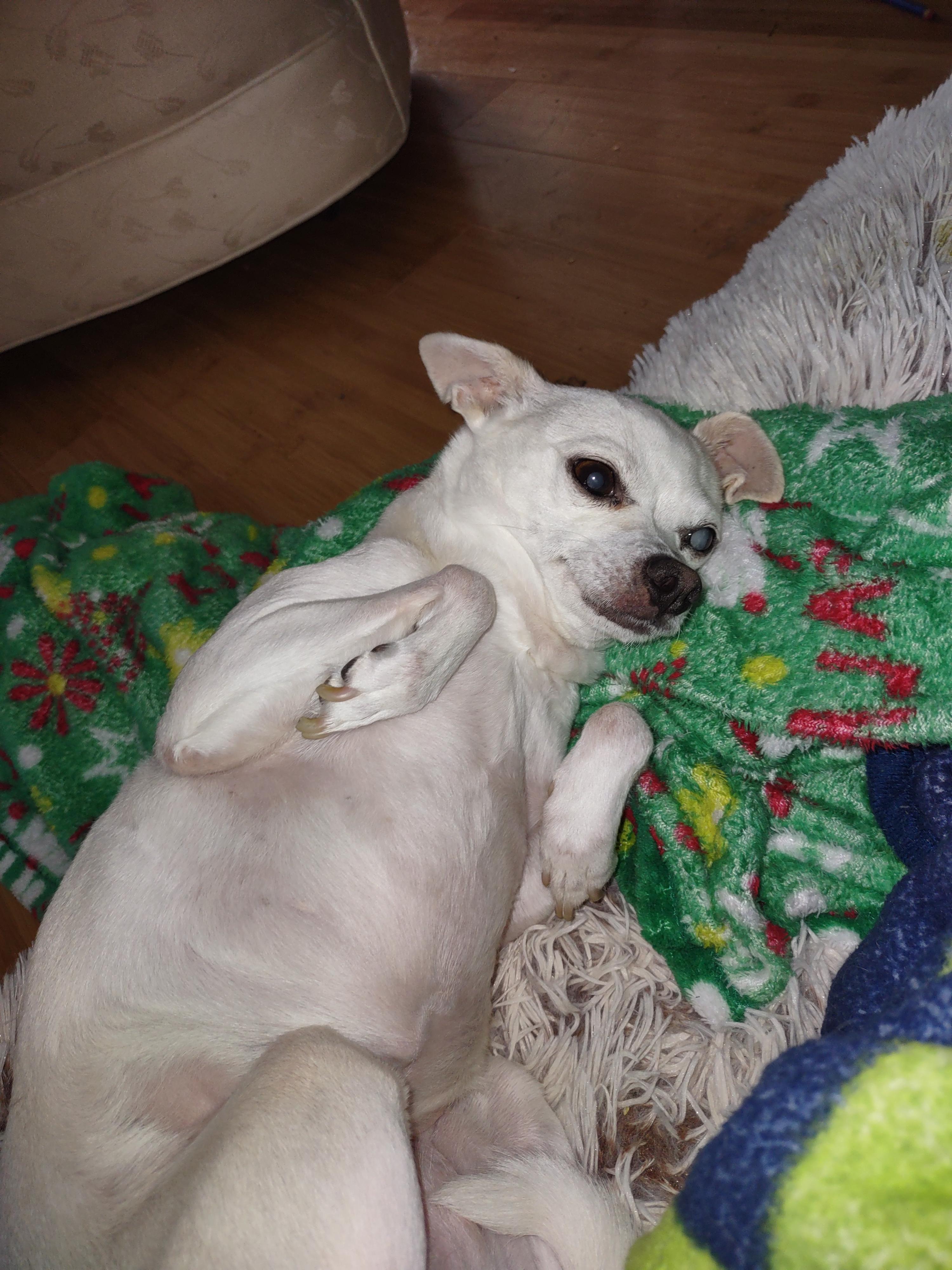 Symptoms Of A Mentally Challenged Dog

The signs and symptoms listed here indicate that your pet may be suffering from a mental illness.

Place a favorite toy or a dog treat in one of the three containers close to each other.

Turn the dog away for a few seconds after letting him know which bucket the goodie is in. Then leave it up to her to find the treat.

Give her three points if she instantly gets to the correct bucket. Score 2 points if she makes two attempts. Score 1 point if your dog looks under the other two buckets first.

The more smoothly your dog reacts, the less mentally challenged it is.

How To Train A Mentally Challenged Dog?

Food puzzles, such as frozen Kongs, Kong Wobblers, and treat balls or toys, can all help your dog learn to work for his or her food while also providing cerebral stimulation.

Playing hide-and-seek with your dog inside is a terrific way to have some fun while working on the all-important "Come!" command.

There is a video on Youtube getting popular these days about a retarded dog. This video is adorable and weird at the same time. You can check the video below.

Stanley is a really attractive Golden Retriever. Stanley, on the other hand, isn't like most other dogs.

His owners got him from Golden Retriever Rescue of Mid Florida five years ago.

According to Imgur user KCN1, when they first saw their new puppy, he was lying on top of his foster home's dining room table.

Stanley didn't answer his own name when they woke him up, but suddenly, he was overjoyed, kissed everyone, and headed to the front door.

They interpreted this to indicate he wished to accompany them home, and he did.

Stanley didn't have an aggressive bone in his body, which they discovered right away.

He was fantastic with people, animals, and children. Stanley, unlike their other Golden Retriever, Karma, struggled to understand orders.

He had strange tendencies as well, like leaping out the door, nibbling at the Christmas tree, and hiding specific items about the house. 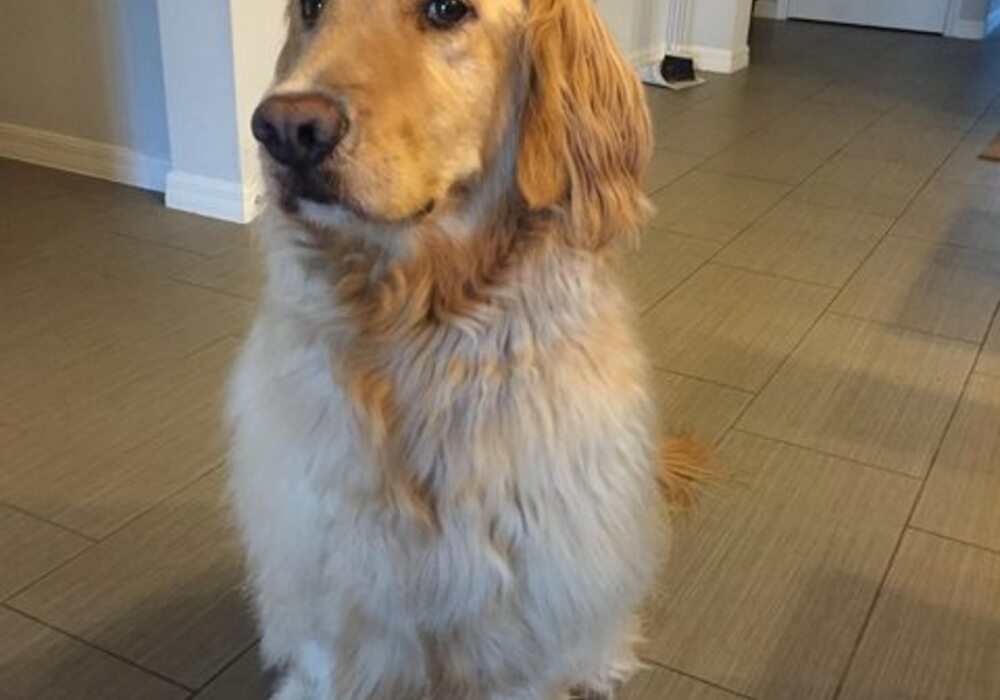 Can Dogs Have Intellectual Disabilities?

Yes. According to statistics, 50% of dogs over the age of ten show one or more signs of CDS. CDS is defined as a set of changes in the brain that result in a loss of thinking, recognition, memory, and even learned behavior.

What Are The Signs Of A Mentally Challenged Dog?

Aggression, excessive barking, and destructive chewing are among behaviors that can occur in dogs with mental health concerns. These undesirable behaviors can be both annoying and harmful. They may need assistance from your veterinarian or a certified dog behavior or training specialist.

Have you ever met any retarded dog? Did you recognize that it is suffering from a mental disorder?

Have you heard about Shane Wighton?