There’s a new comedy series coming, courtesy of one of the creators of Rick and Morty!

I must admit, I was every so slightly disappointed to find out that the co-creator of Rick and Morty in question was Justin Roiland and not Dan Harmon, since it’s the latter who made Community and, in general, is a lot better, but that’s not to say that Roiland is bad by any means.

You’d be forgiven for thinking that the new show – called Solar Opposites – is just a cutscene in an episode of Rick and Morty as, except for the main characters, they look exactly the same.

This makes perfect sense though as, like I mentioned before, Solar Opposites was created by Rick and Morty co-creator Justin Roiland, alongside the show’s former head writer, Mike McMahan.

The premise seems pretty fun, as it follows four aliens, all of whom are in the same family, who are forced to abandon their home planet due to its destruction and settle down on Earth, where they try to seamlessly carry on their lives.

Solar Opposites really does seem to pick up from where Rick and Morty left off, which plenty of death, drugs, zombies, death, sci-fi, general family life and death taking place, as well as something called ‘the pupa’ and ‘gooblers.’

Roiland and McMahan posted a message about the series to social media, letting fans know that they’ll be able to watch the show in the very near future, writing:

“Solar Opposites is coming! We can only show you the teaser right now, but the whole season will be out in a matter of weeks!

“Stay inside and stay healthy so you can watch and love this show and call us geniuses and all that sh*t.“ 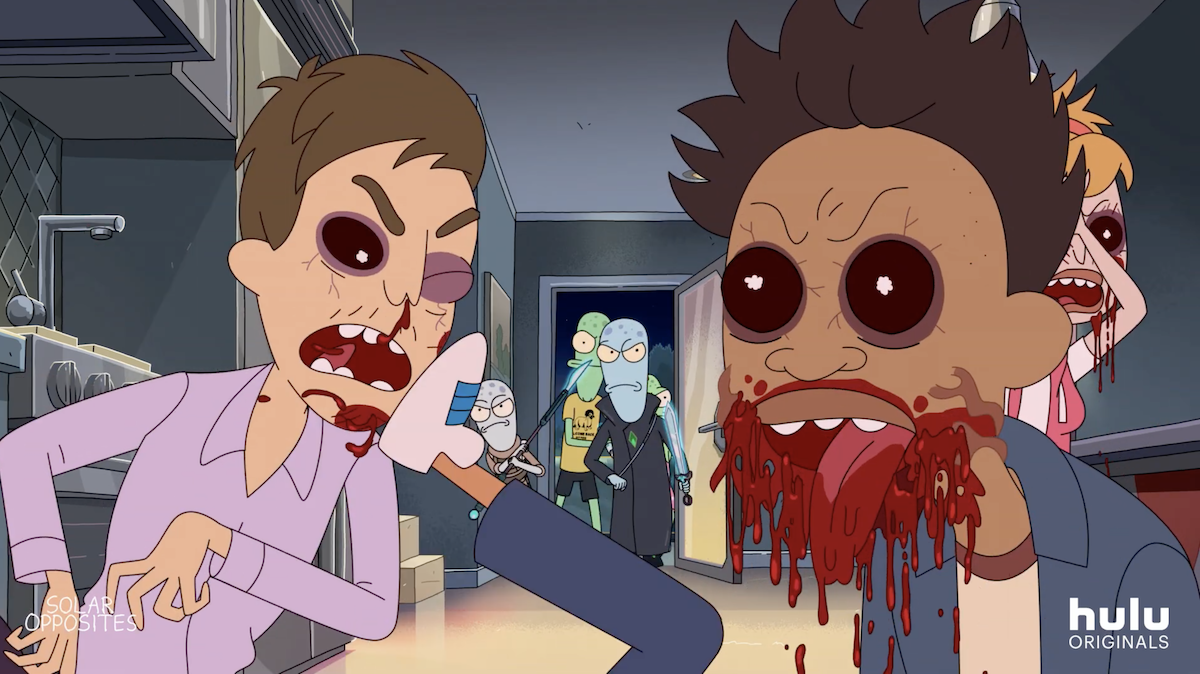 Sadly for those of us in the UK, Solar Opposites is only available to watch on Hulu, which you can’t get here, though I suppose you could employ the use of some sort of VPN.

All of season one will be released on the streaming site come the 8th of May.

May the 8th be with you.