Rocky Port Incident - What Happened During This Incident In One Piece? 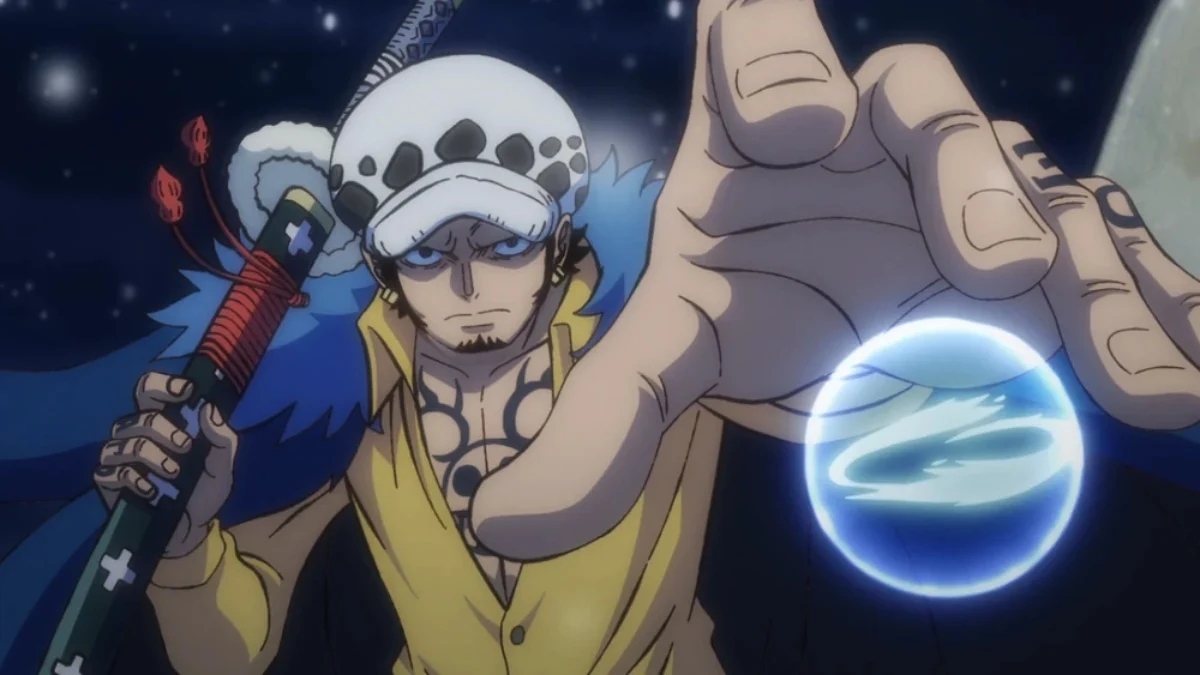 If you have watched One Piece, you might have heard a lot about the Rocky Port incident. In this article, we'll discuss it in detail. So, keep reading.

The time jump in One Piece saw all of the story's major characters from the up-and-coming generation take the next step and grow stronger.

Fans witnessed the Straw Hat Pirates train on their respective islands in preparation for the perils of the New World and to take on the likes of the Yonko and Navy Admirals.

Others, like Kid and Urouge, went to the New World to face the challenge and grow stronger.

As a result, the time jump facilitated the development of nearly all of the series' next-generation characters, and one such incident proved to be a major turning point in the careers of two characters - Trafalgar Law of the Worst Generation and Koby of the Marines.

This incident, known as the Rocky Port Incident, is easily one of the most significant events that occurred during the story's time skip.

Rocky Port, where this incident occurred, is undoubtedly a significant location in the One Piece universe. This incident is believed to have been carried out by Trafalgar Law, a member of the Worst Generation.

Law had a bounty of 200 million berries at this point. He had already made a name for himself as "the Surgeon of Death in the North Blue.

Law, like Luffy, did not enter the New World after training with Rayleigh on Ruskaina. When his crew inquired, Law stated that he had a large plan in mind.

At this point, Law was laying the groundwork for the events that would take place later in the Punk Hazard and Dressrosa arcs. Law's first goal was to obtain the title of Shichibukai.

To accomplish this, Law precipitated a major incident at Rocky Port, which became known as the Rocky Port Incident. It is thought that the incident in which Law stole a hundred pirate hearts and delivered them to the Navy is somehow linked to this.

To accomplish this, Law precipitated a major incident at Rocky Port, which became known as the Rocky Port Incident. It is thought that the incident in which Law stole a hundred pirate hearts and delivered them to the Navy is somehow linked to this one.

As a result of this, he rose to become one of the Seven Warlords of the Sea and made a name for himself. As fans are aware, this was all part of Law's plan to elevate himself to the status of Shichibukai and, eventually, pave the way for Donquixote Doflamingo's demise.

Law joined forces with Luffy at Punk Hazard in an attempt to persuade Kaido to destroy Doflamingo for him. As a result, the Rocky Port Incident proved to be the catalyst for all of the major events that have occurred in the new One Piece world since then.

Law was not the only one who shone brightly during the Rocky Port incident. One of Luffy's Marine friends, Koby, was also a hero in this event. Koby's progression in the series has been slow. Garp, the Hero of the Marines, took him under his wing after he joined the Navy.

Koby trained tirelessly under Garp and Bogard, eventually rising to the rank of Petty Officer. By the time of the time skip, he had mastered a number of Secret Arts, including the Rokushiki. While Koby was making good progress, he was still a few levels behind Luffy.

Koby appears to have advanced to the next level during the time skip. During the Marineford arc, he became aware of The Color of Observation and has since mastered it. During the Rocky Port incident, Koby demonstrated his abilities and became a hero by saving all of the civilians involved.

As a result, he became well-known as the hero of the Rocky Port incident. Furthermore, this could have played a significant role in his promotion to SWORD, a Navy secret organization whose exact purpose is unknown.

Koby also ended up joining forces with none other than Blackbeard, though it is unclear whether this was on purpose or if his work ended up benefiting Blackbeard in any case.

In One Piece 1059, it was revealed that while Koby was on Rocky Boat, Blackbeard was also present. Koby's involvement in the Rocky Port Incident allowed Blackbeard to face Wang Zhi, a former member of the Rocks Pirates.

It is implied that Blackbeard eventually defeated him and took his place as the ruler of the island.

Since then, Blackbeard has ruled the island and continues to do so to this day. Blackbeard mentioned Koby's role in the Rocky Port incident as being quite convenient for him in One Piece 1059.

Even today, many details about this incident are unknown; however, Oda will most likely address them soon, and fans will learn about the major events that occurred on the day of the Rocky Port Incident.

What Was The Rocky Port Incident? Law & Koby - One Piece Theory | Tekking101

What Was The Rocky Port Incident?

The Rocky Port Incident occurred during the two-year time jump that occurred between the Post-War arc and the Return to Sabaody arc in One Piece. The culprit was none other than the temporary Warlord Trafalgar D. Water Law, also known as Law.

Why Is Koby A Hero One Piece?

During the time skip, Koby rose to prominence as a hero as a result of his actions in the Rocky Port Incident. After a failed attempt to apprehend Boa Hancock, he is now a prisoner of the Blackbeard Pirates. During the Romance Dawn Arc, he is Luffy's ally.

Who Is Wang Zhi One Piece?

Wang Zhi is another powerful pirate who is a surviving member of the Rocks Pirates. He, like Captain John, was introduced in Chapter 957 when Sengoku mentioned Rocks, and his reputation as a formidable pirate grew. Wang Zhi has yet to appear in the series. He was not on Thriller Bark, unlike Captain John.

What Is Rocky Port Incident Episode?

The Rocky Port Incident occurred during the two-year time skip and was committed by Trafalgar Law. Brannew first mentioned it when reintroducing the Seven Warlords of the Sea.

Trafalgar Law was responsible for a major incident known as the Rocky Port Incident two years ago. While the exact details of the incident are currently unknown, Marine Captain Koby acted as a hero by protecting citizens during the incident.

With some help from Koby, Blackbeard defeated Ochoku, making him the new boss of Hachinosu.