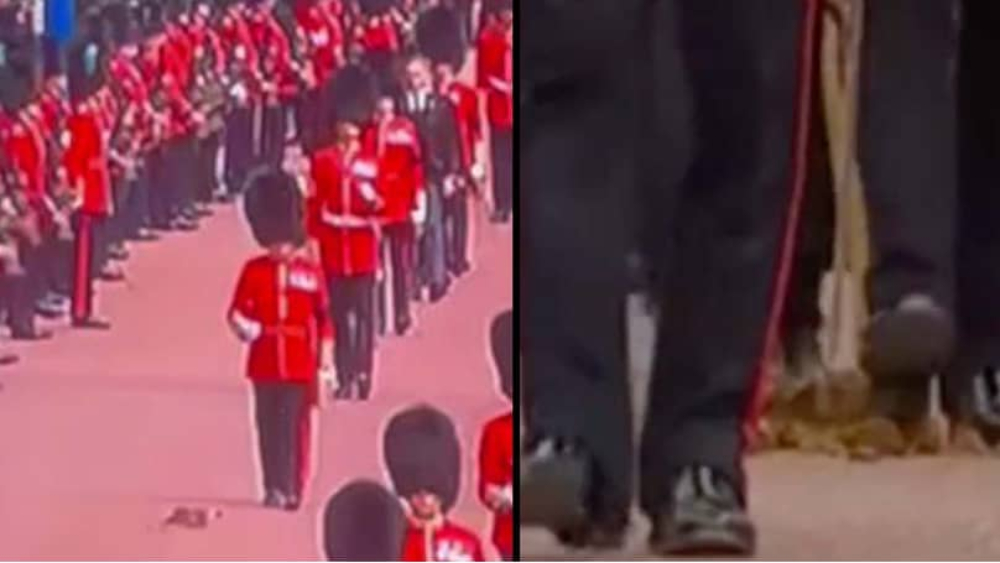 During the Queen's burial on Monday, September 19, Mother Nature mostly cooperated; the skies stayed clear and it wasn't too cold, but regrettably, some of the animals in the procession did leave behind some very huge turds. Royal guards forced to walk through horse poop during Queen's funeral.

Working with animals can be challenging since they are unpredictable. Even the most distinguished animals, like the horses used in the Royal Horse Guard, are not immune to running, biting, sleeping, or going to the bathroom at any given time.

As the Royal Horse Guard made their way from Westminster Abbey to St. George's Chapel at Windsor Castle during Queen Elizabeth II's funeral procession, some of the royal guards forced to walk through horse poop during Queen's funeral. Watch the video here.

A few of the royal guards had to walk over feces in their freshly polished shoes since the turds were dropped directly into the path of the parade. The internet picked up on the feces quickly, with many commenting that they felt horrible for all the guards who had no choice but to march over the waste.

One user commented: "All those hours of shoe shining" beneath a video of the royal guards marching through horse manure that was uploaded to TikTok. One more person said, "What were the horses fed yesterday? It was all over the place."

"Why don't they have bags to collect it so people don't have to tread in it? wondered a third individual, while a fourth joked, "For King and country."

Five TikTokers remarked on the video:

If you're talented enough, you can kick it up the back of the legs of the guy in front.

People who watched the burial of the Queen on Monday were confused by more than just the horse poop.

A "seven-foot man" who was observed marching in the parade earlier in the day sparked speculation on social media regarding his identity. Many others took to Twitter after spotting the mourner, who was dressed in a black suit and had a medal pinned to his chest, to try to identify who he is. 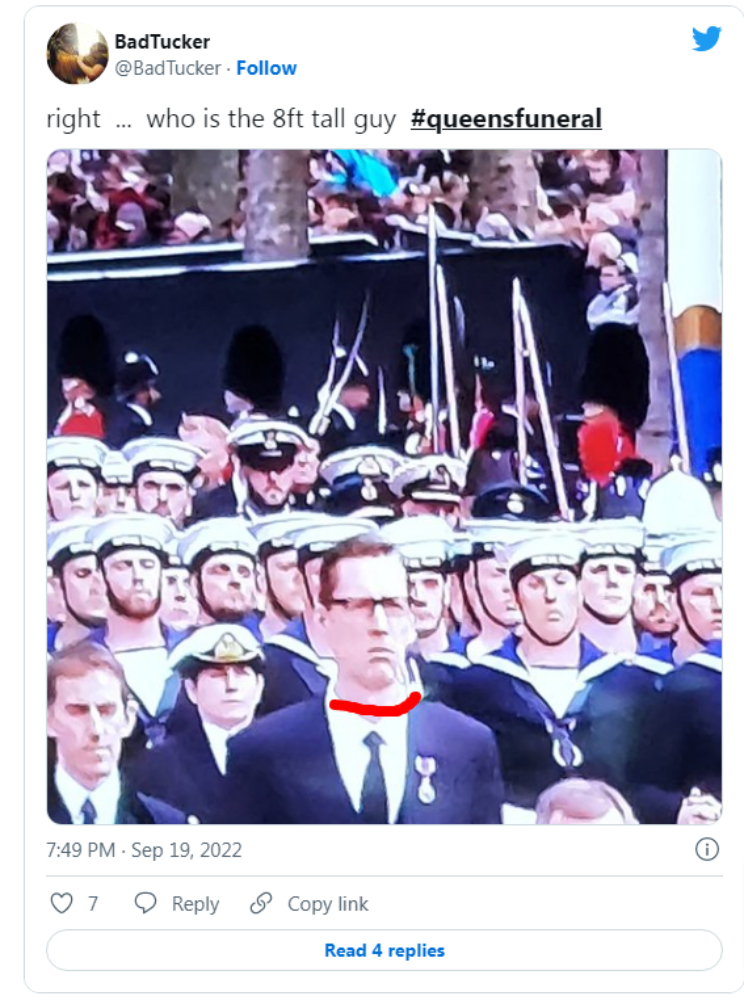 One person asked, "How tall is this guy? Who is he?" It turns out that the tall mourner, who might have been Matthew Magee, the late Queen's former assistant private secretary, had a big impact on her life.

A royal insider told that Magee, who is 7 feet 2 inches tall, was picked to work with the Queen because of his "bright brain." Magee used to work for Prince Edward, Duke of Kent, as his personal secretary.

The King George VI memorial chapel in St. George's Chapel is where the Queen has been buried since she passed away on September 8th. Her husband, Prince Philip, who passed away in April 2021, was also buried with her.

Royal guards forced to walk through horse poop during Queen's funeral and then people's attention was gathered by a 7 ft tall person, Queen's funeral was full of weird things though.