The Russian-Held Zaporizhzhia Nuclear Plant Disconnected From The Power Grid 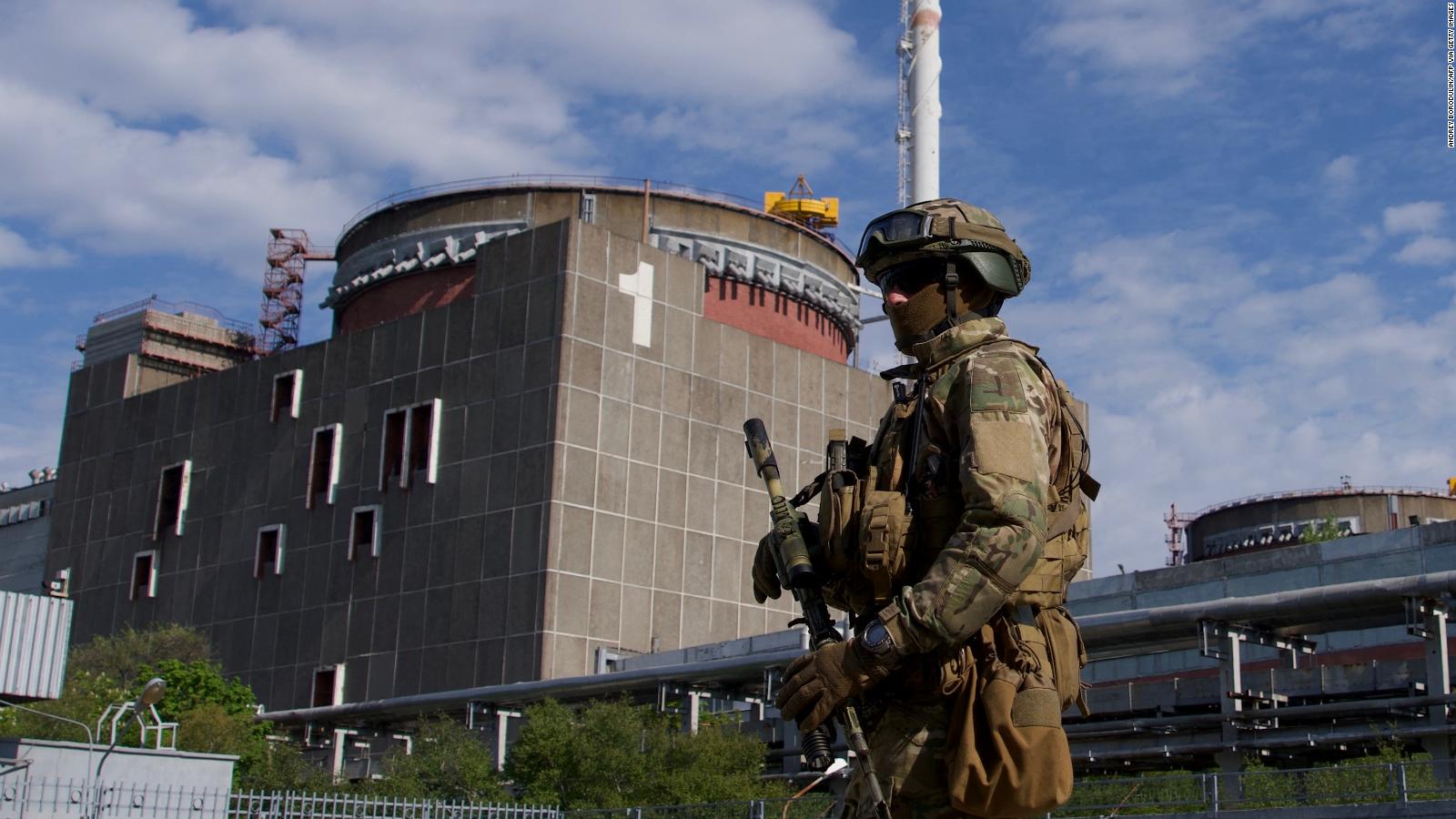 Russian-held Zaporizhzhia nuclear plant disconnected from the power grid on Thursday for the first time in its history, according to the country's nuclear operator.

The International Atomic Energy Agency (IAEA), which got the information that Russian-held Zaporizhzhia nuclear plant disconnected from the power grid said that power had been restored to the plant, but that its six reactors were still not connected to Ukraine's power grid as of Thursday evening local time.

Can a nuclear disaster at Zaporizhzhia be averted? | Inside Story

The only remaining power line at the nuclear plant was twice disconnected due to fires at a nearby thermal power plant, according to the nuclear station's operator in Ukraine, Energoatom.

The nuclear watchdog claimed that three more lines of the reactor had been "lost earlier during the battle."

Energoatom attributed the disconnect to Russia.

As a result, the two working power units at the station were disconnected from the network.

Thus, the actions of the [Russians] caused a complete disconnection of the plant from the power grid - the first in the history of the plant,

the statement continues by stating that efforts are being made to restart one of the power units so that it can be connected to the network.

The regional governor, who was put in place by Russia, said that the power outages were caused by Ukrainian military activity and that work was being done to fix the problem and start up the second power unit.

About 20% of Ukraine's electricity is produced by the Zaporizhzhia nuclear power plant, so a protracted outage of the national grid would be extremely difficult for Ukraine as winter approaches.

The largest nuclear power station in Europe has been in Russian hands since March 4.

Conflicts near the complex have raised a lot of anxiety and disaster fears. 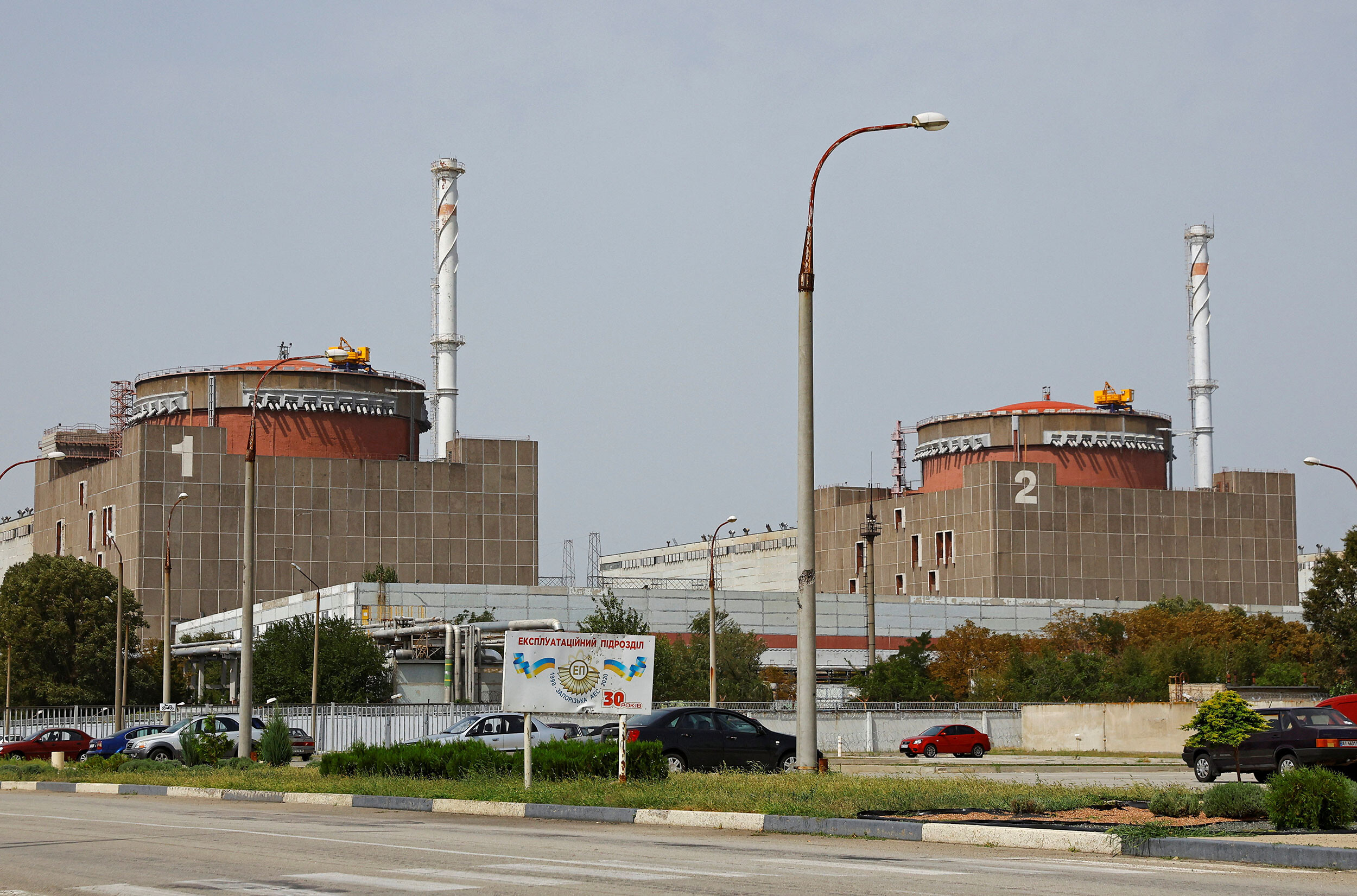 Outside view of the two buildings of Zaporizhzhia power plant

Since March 4, over two weeks after Russia invaded Ukraine, the factory has been under Russian control.

Under Russian supervision, Ukrainian engineers are permitted to continue running the plant.

There have been fights there between Russian and Ukrainian forces in the past few weeks, making people worry about a nuclear disaster.

According to Ukraine, Russian troops are allegedly using the plant as a shield, endangering the possibility of a catastrophe there.

In response, the Kremlin has consistently claimed that Ukrainian soldiers shelled the plant.

Additionally, there have been more requests for IAEA inspectors to visit the plant.

"Almost every day there is a new incident at or near the Zaporizhzhya nuclear power plant.

We can't afford to lose any more time.

I'm determined to personally lead an IAEA mission to the plant in the next few days to help stabilize the nuclear safety and security situation there".

Rafael Grossi, the director general of the IAEA, said in the statement.

He had claimed on France 24 that an accord with Russia was "very, very close."

Russian-held Zaporizhzhia nuclear plant disconnected from the power grid incident, so to minimize the chances of a nuclear war IAEA come up with a solution.

International Atomic Energy Agency (IAEA) inspectors have requested a visit; the UN has volunteered to help arrange it; but, Moscow has asked that they enter Ukraine through Russian-controlled territory.

Let's see, what happens next.