Sand Dollars - What A Living Sand Dollar Looks Like? 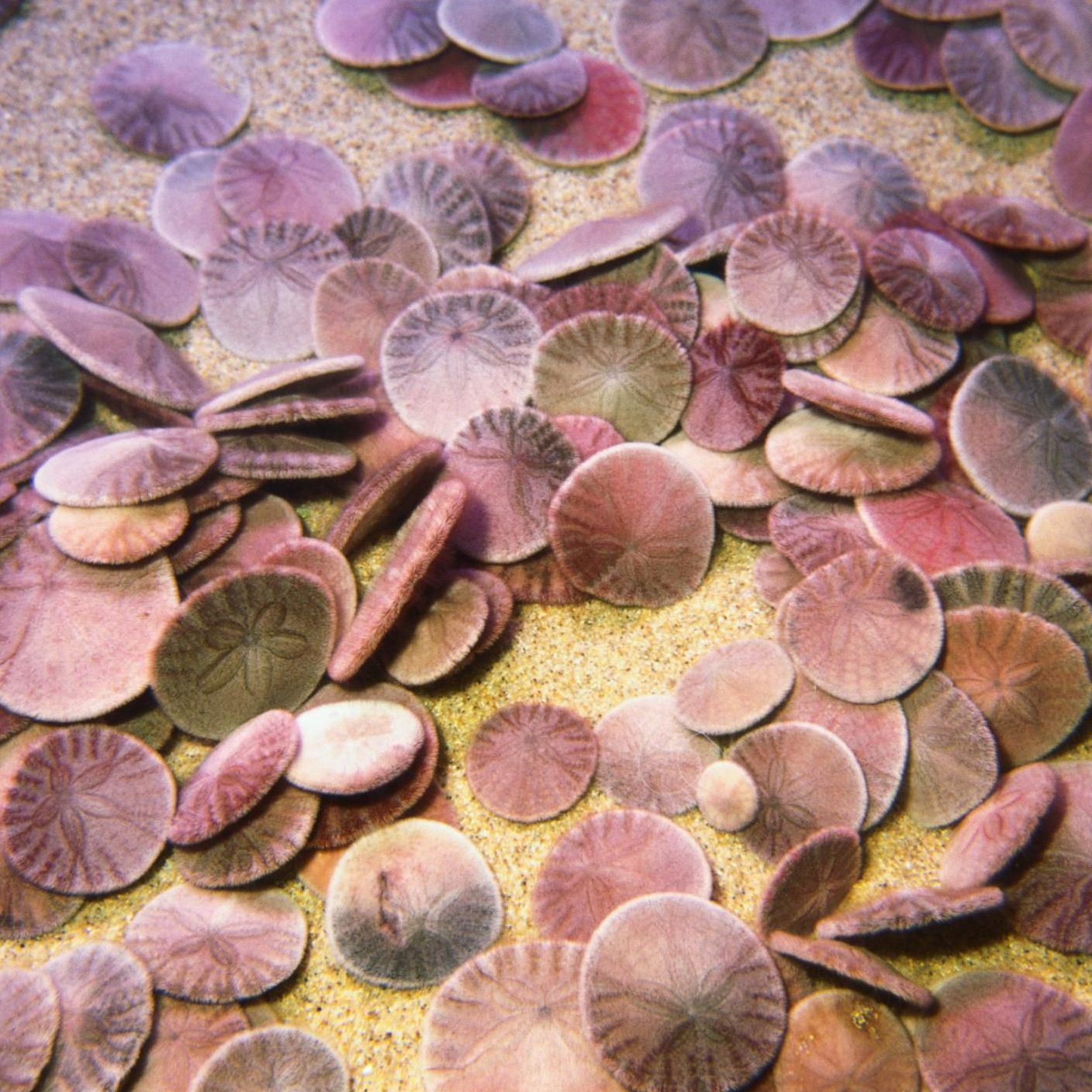 Sand dollars are frequently found on the beaches, and their gorgeous bones make wonderful souvenirs; nevertheless, it is unlawful to collect them while they are still alive. Live sand dollars play a vital role in the local environment, regulating the populations of smaller invertebrates and providing food for some larger species, such as nine-armed sea stars, that live nearby.

They are a kind of flat, burrowing sea urchins that belong to the order Clypeasteroida. Sand dollars are also known as snapper cookies in New Zealand and pansy shells in South Africa, among other names. Some species within the order, which are not nearly as flat as the rest of the order, are referred to as sea biscuits. Sand dollars are also referred to as "sand cakes" or "cake urchins" in some circles. 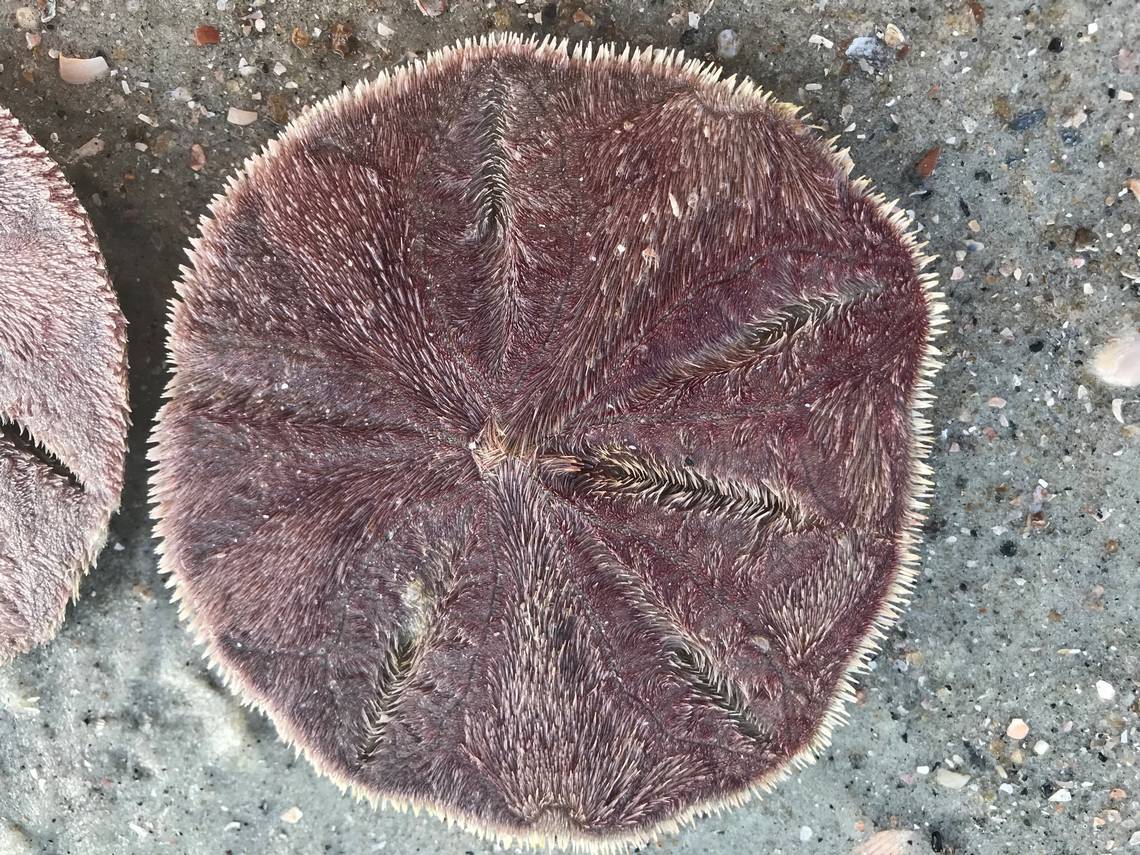 A close up shot of purple sand dollar

How Can You Tell If A Sand Dollars Alive?

Consider the following three recommendations before you go beachcombing to ensure that you can identify the difference between an animal skeleton and a living organism!

Live sand dollars are classified as members of the Phylum Echinodermata, which literally translates as "spiny skin." In accordance with their name, they have small spines all over their bodies that are reminiscent of hair. These spines aid the animal in its movement along the ocean floor and its ability to burrow itself into the sand. Hold the sand dollar lightly in the palm of your hand and look at the spines on the back of your hand. If they are moving, it indicates that it is still alive. These spines are lost by the animals shortly after they die.

Another approach to tell if an animal is alive is to look at the color of the animal's fur. When a sand dollar is alive, its color can range from a deep brown to a purplish-red hue. It takes years for the animal's color to fade as a result of exposure to sunlight, and the animal's skeleton ultimately becomes silvery-white. People believed the skeletal remains (known as the test) resembled silver coin coinage, which is how the term "sand dollar" came to be used to describe the object.

Live sand dollars release a harmless chemical known as echinochrome, which will cause your skin to turn yellow when exposed to it. Remove the sand dollar from your open palm and allow it to rest there for a moment. If it leaves a yellowish mark, it indicates that the animal is still alive.

Sand dollars are incapable of surviving outside of water for more than a few minutes at a time. If you come across a live one, return it to its natural habitat by gently laying it on the sea bottom. This will allow it to continue to play a vital role in Sanibel's ecology. Dead sand dollars have been bleached by the sun, but they are still suitable for taking home and enjoying. Transporting them should be done with caution, as they are fragile!

It is through their spines, which are coated in tiny and flexible bristles known as cilia, that they transport food particles through the sand and along the prickly surfaces of their bodies, ultimately ending up in their central mouths, which are positioned on their bottom sides. According to the Monterey Bay Aquarium, the sand dollar has a "tiny, teepee-shaped cone of spines" where it holds amphipods and crab larvae before eating them, according to the aquarium. When the animal grinds, it can continue for up to 15 minutes before swallowing. The animal's mouth has five tooth-like regions for grinding. It can take up to two days for food to digest completely.

Throughout the United States, the species Echinarachnius parma is referred to as the "eccentric sand dollar" or just "sand dollar" for abbreviation. The name "dollar coin" comes from the animal's likeness to a dollar coin, of course; however, it is also known as "sand cake," "sea biscuit," and "cake urchin," as well as "sea cookie" and "snapper biscuit" in New Zealand and Australia. Because of its flower-like appearance, it is commonly referred to as a "pansy shell" in South Africa.

Sand dollars are burrowing invertebrates that are members of the echinoids, or spiny-skinned organisms, class of marine animals. They are usually referred to as "irregular" sea urchins, and they have a lot in common with their spherical cousins in terms of anatomy. Also related to them are radially symmetrical organisms with comparable characteristics, such as sea lilies, sea cucumbers, and sea stars (also known as starfish), but the last is classified in a distinct class. So, now you understand marine life is far more complex than you thought. Do you know squids have the camouflaging ability? Well, we have complete information about it.

What Is Inside A Sand Dollar?

The body of sand dollars is composed of five jaw pieces, fifty calcified skeletal elements, and sixty muscles. In order to consume algae from rocks and other surfaces, a sand dollar extrudes those mouthparts from its body and then retracts them back into its body.

"For those who don’t know, sand dollars can best be found deposited in ocean banks."

If you are fortunate enough to come upon dead sand dollars, you can bring them home and display them prominently among your other beach finds. Thank you for your assistance in providing care for the animals that share our island with us!