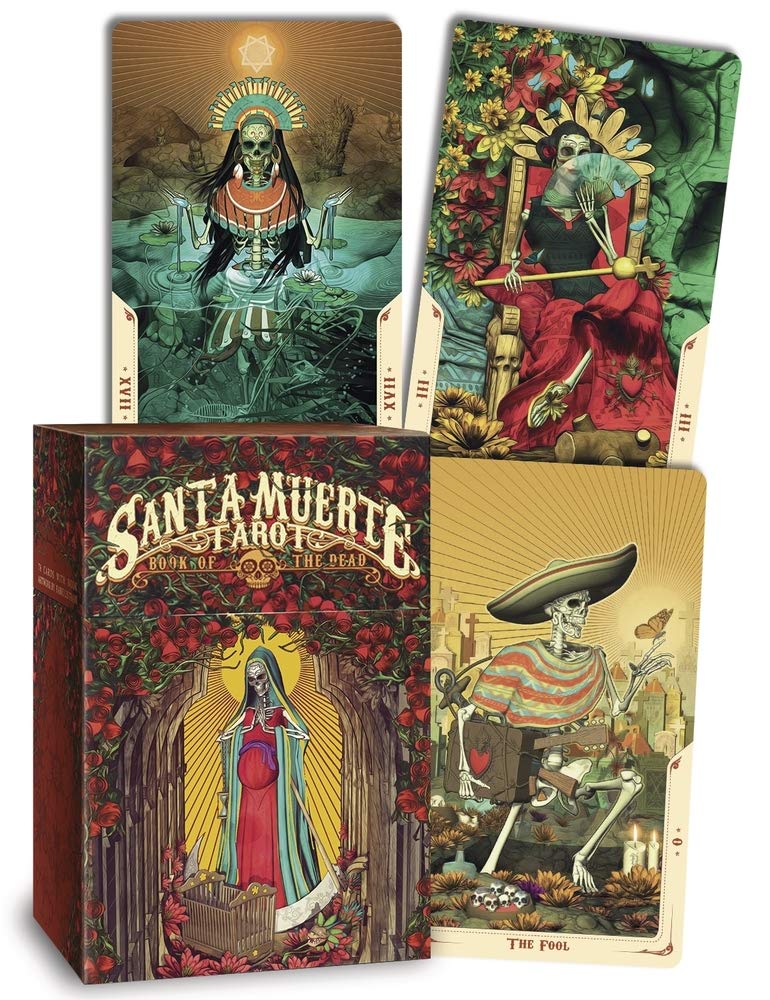 You might have heard a lot about Santa Muerte tarot nowadays on the internet, and you might be interested in knowing more about it. Let's get into it. What is Santa Muerte and where can you buy these tarot cards?

If you are familiar with the folk saint Santa Muerte, it may be because of episodes of Breaking Bad or other well-known depictions of drug dealers congregating at a shrine with a skeleton dressed in a wedding gown.

So, who is Santa Muerte?

The Santa Muerte cult shares many similarities with other saint worship practices in Mexican folk Catholicism. Often, a saint will become well-known and highly respected at a certain place and time.

Some of these people aren't formal, canonized saints, just like Santa Muerte. Followers could ask for magical or therapeutic favors. As with other folk Catholic saints, followers of Santa Muerte pray with rosaries, make pilgrimages, and offer her shrines gifts like apples, cigars, and candles.

The religion also incorporates elements of Spiritualism, Santera, western medicine, and New Age notions of spiritual energy into magical rituals that are inherited from indigenous practices. Its healers might remove a curse, give a herbal treatment, or help someone looking for work. 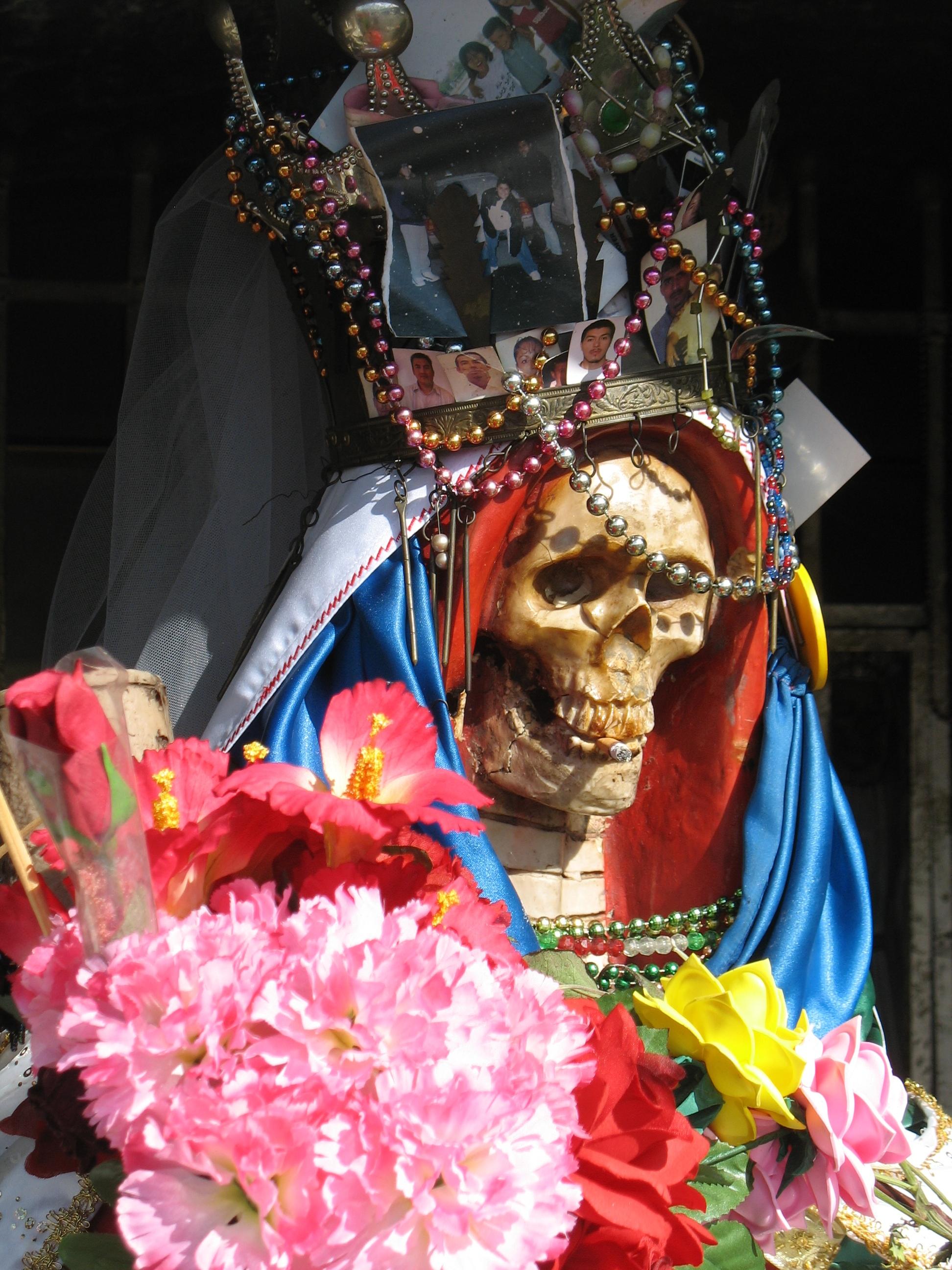 A skeleton decorated with flowers and jewelry symbolizing Santa Muerte

Devotees of Santa Muerte have their own glitzy periodicals with free posters and calendars inside. The publications, which are delivered by mail, include illustrations of prayers, reports of miracles, and pictures of the items used in ceremonies.

Worshipers have access to a huge selection of Santa Muerte statues and merchandise bearing her likeness, such as tarot cards.

Michalik claims that the majority of Santa Muerte's extraordinary ease in assimilating myriad parts of various visual codes, ceremonial patterns, and belief systems distinguishes her from other Mexican folk saints.

One of the secrets to Santa Muerte's success may be its adaptability. According to R. Andrew Chestnut, she now has more than 10 million followers, many of whom live north of the Mexican border.

This tarot deck is a potent instrument for interacting with the mysticism connected to the Day of the Dead and Santa Muerte. It is a masterwork of imaginative imagery. Most Lo Scarabeo decks come with extra booklets that you can read in English, Spanish, French, Italian, or German.

I purchased this deck as replacement for the deck I had been reading with for over 15 years. I'm still working with it, but I have to say the artwork is amazing! It is eye-catching, vibrant and unexpected. You want to keep staring into it, because the images are just beautiful.

It's a deck you just want to handle. When you take it out you simply want to thumb one by one through the cards and really absorb them.With that said, I read with a deck that was much more closely Rider Waite in form and function than this deck seems to be.

Some of the cards seem to follow the Waite imagery, but by and large they have their own set of imagery. The 10 of swords for instance is a strikingly beautiful card but is nothing like the Ten of swords in a Rider Waite deck.

This is fine, but does prevent this from being a grab-and-go deck. If you purchase this deck you will be having to relearn it. You won't just be able to grab it and start immediately pulling spreads like you did with your other Waite deck.

That's fine, and I have enjoyed trying to get to know this deck, and I think that given more time this will become one of my favorite decks to read with.

But I will admit that it would have been nice had it been more of a grab-and-go deck for somebody who is familiar with the iconography and meanings of the Waite decks. 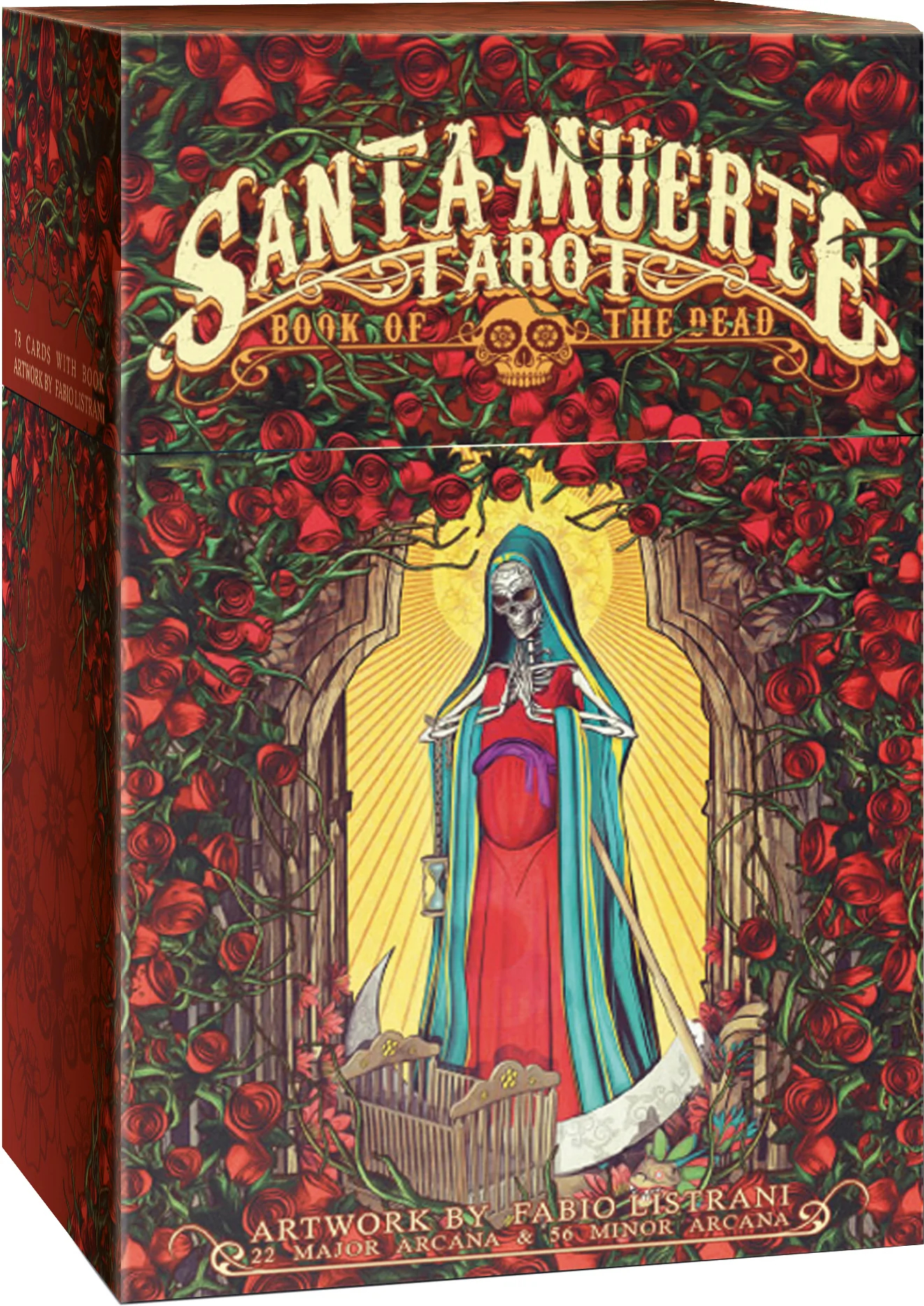 A box of Santa Muerte Tarot by Fabio Listrani

What Is Santa Muerte Meaning?

Santa Muerte is defined as the personification of death.

What Does Muerte Stand For?

Muerte stands for death in Spanish.

Where Can You Find Santa Muerte Tarot Cards?

You can find it online on many websites like Amazon, Walmart, eBay, Flipkart, Banyen, etc.

Award-winning illustrator Fabio Listrani has produced illustrations for a number of companies worldwide, including Marvel, Titan Comics, Heavy Metal, and IDW Publishing. The Night Sun Tarot and Santa Muerte Tarot were also created by him.