Saturation Divers - One Of The World’s Most Dangerous Jobs 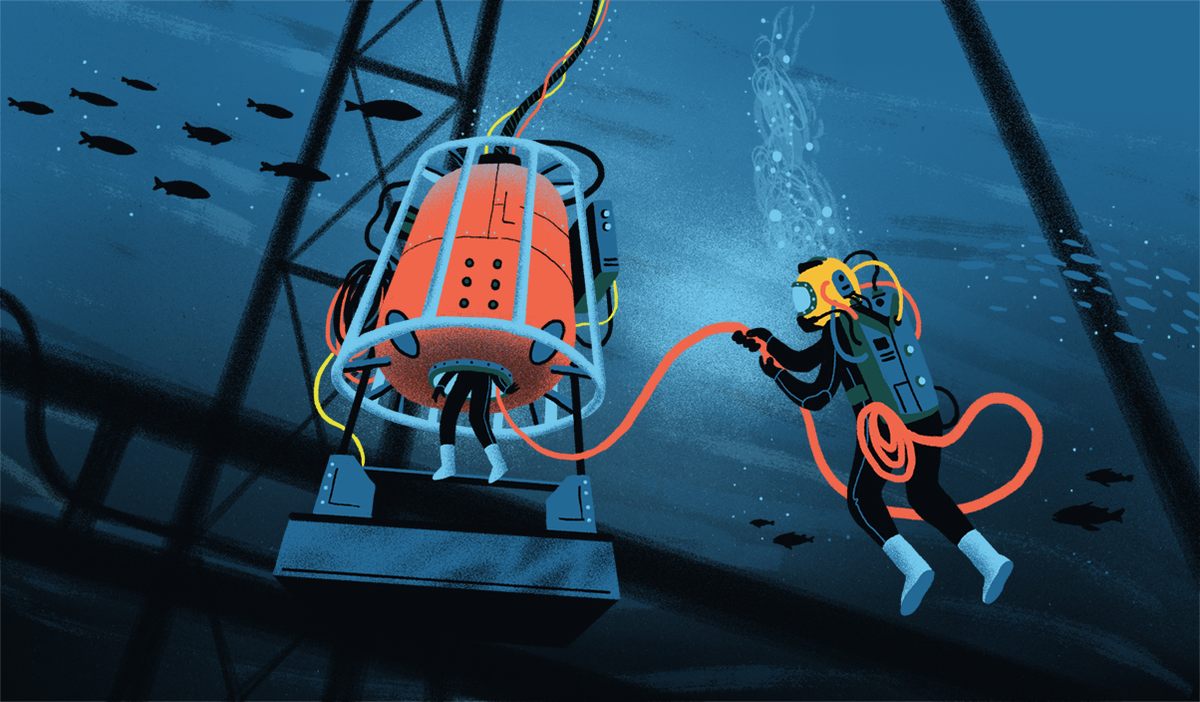 Saturation divers spend an average of 28 days at the ocean's bottom in total darkness. They do their jobs in a harsh atmosphere that is foreign to them, and their bravery is rarely acknowledged.

How deep divers can go is a common question. How long they want to take to surface again will determine the response. This may take several days, a week, or even longer for saturation divers.

Commercial divers who want to get to the highest level of their trade should look at saturation diving job opportunities. 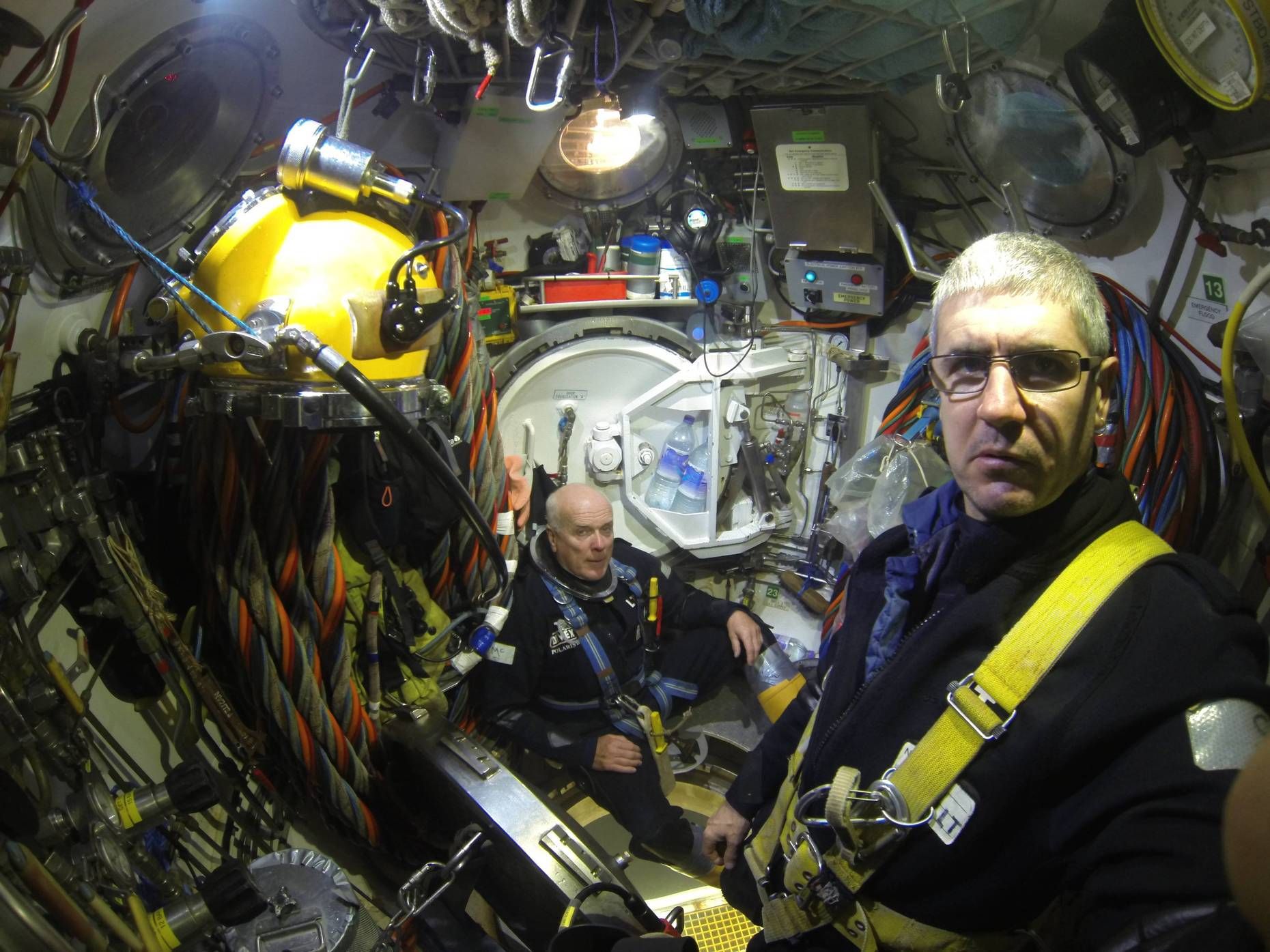 Saturation divers in their submarine

Saturation diving is one of the hardest types of diving, and only the most skilled and professional divers are allowed to do it.

Being saturation divers involves particular training due to the demanding conditions and prolonged pressure they must endure.

Before deciding to pursue a career in saturation diving, think about the specifics of the position.

The money that comes with saturation diving may be very appealing to most people, but the work may be hard every day.

First, discuss what is saturation diving and how it works.

What Is Saturation Diving?

One of the most cutting-edge types of commercial diving is saturation diving.

When performing commercial diving work on land or at sea, the diver comes to the surface after the dive to let the pressure return to normal.

The diver is required to return to the water several times during the course of many dives. Simply said, a lot of time and resources are needed for this process.

Because SAT diving is a one-time decompression, it was made to stop this waste of time and money.

Saturation diving happens when the inert gas a diver breathes dissolves in their body tissues and balances out with the pressure at their depth. This means that their tissues are full and can't take in any more gas.

In honor of the British scientist William Henry, this is known as Henry's law. Although tissues saturate at different rates, the majority do so within 24 hours.

Recreational divers spend as little time as possible at depth so that they don't get too tired and can go straight to the surface without having to stop.

They are supersaturated when they come to the surface, which means that the body contains more inert gas than is present in the atmosphere.

The inert gas leaves the tissues and goes into the bloodstream. From there, it goes to the diver's lungs, where it is exhaled.

Decompression stops are necessary for a technical diver who dives deeper than is safe for leisure divers in order to prevent taxing the body's ability to exhale. These stops can take saturation divers up to a week. 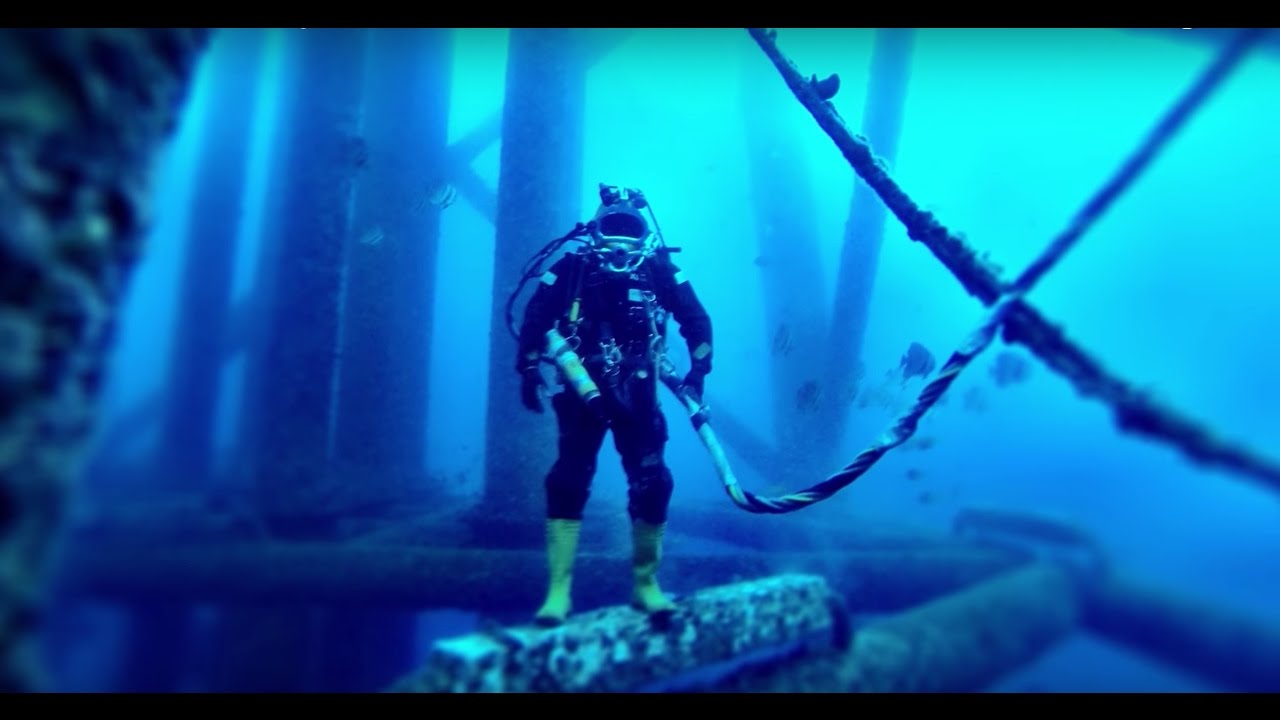 How Does Saturation Diving Work?

A scuba diver who dives to that depth feels the pressure of the water around him, which is around ten times that of sea level.

The gases, mainly nitrogen, that make up his lungs' air dissolve into his blood and tissues at this pressure.

He can stay at that depth for just a short while—less than five minutes—thanks to the gases in his blood and tissue.

If he stays down longer than that, he could get "the bends," which is also called "decompression sickness." To avoid this, he will need to go through the decompression procedure.

The Norwegian divers used a technique called saturation diving because they planned to stay at that depth for a long time and would need to do decompression.

Essentially, the diver descends to a depth of 300 feet or so and stays there until the tissues are completely saturated with nitrogen and no more gas can dissolve in them.

No matter how long the diver remains at that depth—for a minute, an hour, a day, or a week—once the saturation point has been reached, the amount of time needed for decompression will remain constant.

Divers who reside and conduct business in subaquatic environments have used this theory.

In the movie "The Abyss," the divers on the subterranean oil rig utilized it.

One solution under investigation to avoid the necessity of saturation diving and decompression at very deep depths is liquid breathing. This was also demonstrated in "The Abyss."

The diver breathes in a liquid perfluorocarbon compound that is not compressible and has oxygen in it.

No gas phase comes into contact with the blood, and nitrogen is not utilized, so there is no risk of nitrogen bubbles forming.

Research on liquid breathing is still going on, and the main goal right now is to save premature babies and people who just had severe lung damage.

So, how far can we go? In a hyperbaric research chamber in France in 1992, Comex, a French diving firm, carried out several experimental dives to a depth of 2,133 feet (650 meters) of seawater.

The furthest a human has ever gone under pressure (71.1 atmospheres) was reached by one diver who spent two hours diving to a depth of 2,300 feet (701 meters). 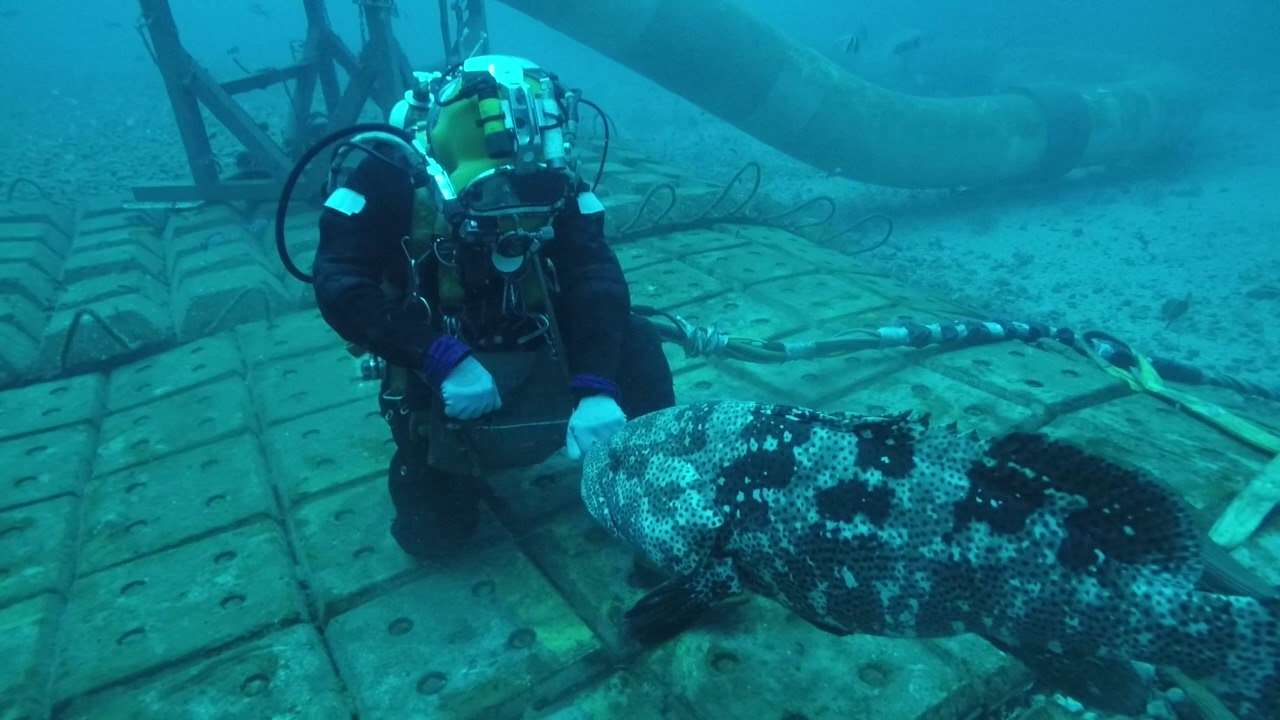 A saturation diver underwater with a big fish

How To Become A Saturation Diver?

To become a saturation diver, you must already be a certified professional commercial diver.

Those who want to move up in their careers should be aware of how rare saturation diving programs are.

In reality, only two or three places in the world offer the training and credentials that are needed.

But if you want to make saturation diving your job, you should be able to do all of the following things.

Talk to a representative at your commercial diving school who works with potential students to learn more about the certification requirements for saturation diving.

If possible, you should also gather information on the training and daily life of the work directly from the professionals themselves.

How Many Saturation Divers Are There?

Saturation diving is a specialist type of diving; in 2015, 336 of the 3,300 commercial divers working in the US were saturation divers.

When doing saturation dives, there are signs that lung function will get worse over time.

Surface infections such as skin rashes, otitis externa, and athlete's foot that happen during and after saturation exposures are a common source of discomfort for saturation divers.

In a little pressurized chamber, you are submerged in the water as a saturation diver. This modest topside chamber serves as the diver's home for 28 days.

Divers do not need to decompress at the end of each shift since it is pressurized to the same pressure as the underwater construction environment.

A Reddit user shared the video (provided below) about saturation diving. Here are some informational comments about it.

SlickOstrich shared information on how they handle an emergency, "Whenever there is a medical emergency, they immediately start to depressurize. Unfortunately, the depressurization can take more than 24 hours, so, if it's serious, it's up to your coworkers to keep you alive."

Another shared how this saturation affects humans, "Long term Saturation divers suffer from bone necrosis from the high pressure"

Another Reddit user shared, "Also exposure to basically all of the dangerous chemicals. And professional underwater diving jobs aren't known for an outstanding safety record.

Usually someone top-side does something stupid while you're below, and suddenly your body is being forcibley sucked through a 3in diameter pipe."

How Much Do Saturation Divers Get Paid?

What Do Saturation Divers Do?

Deep underwater jobs, including oil well installation, decommissioning, and intervention, are carried out by saturation divers. They do back-to-back runs by living under pressure in a 12-man cistern for a 28-day period.

How Deep Do Saturation Divers Go?

The majority of SAT diving takes place between 65 and 1,000 feet. Decompression from these depths requires an additional day for every 100 feet of seawater.

When most people think about saturation diving, they picture the diver residing in a vast structure beneath the water's surface.

There are several of these saturation complexes, but the hyperbaric housing for commercial saturation divers is on dive support vessels (DSVs).

Small airlocks are used to transfer food and supplies, and these chambers provide spaces for sleeping, dining, and taking showers. If the sat divers need to flee the ship, they even have a hyperbaric life raft.