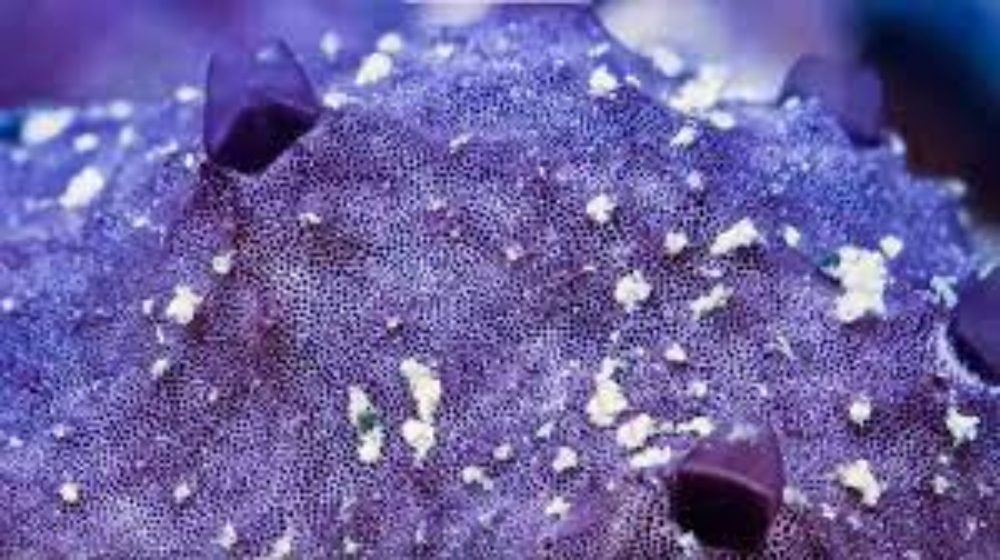 Yes! You heard it right. They actually do.

Sneezing is not exclusively human behavior.

Sneezing, in fact, does not even require a nervous system, let alone a nose, and may be traced back to the first multicellular animals: sponges.

For at least 600 million years, sponges have existed.

It's the most successful animal I've ever seen

Jasper de Goeij, a marine scientist at the University of Amsterdam, agreed.

Sponge filter feeders play an important part in their aquatic habitats, pulling in water containing a variety of organic debris, digesting it, and discharging it as waste on which creatures such as snails, brittle stars, and tube worms feed.

A sponge is basically an animal with a lot of small mouths and one or more larger outflow openings,

Sea sponges sneeze in slow motion to evacuate the sand and pollutants they ingest, and the mucus they release may be a vital food source for other marine species.

Sea sponge sneezes, which can last up to 50 minutes, use contractions to push unpleasant things back out the same way they went in, in long, sticky strings of mucus.

Their internal filter system is thought to catch waste and expel it through bigger apertures near the top of the sponge, known as oscula.

Niklas Kornder of the University of Amsterdam says that these periodic releases of "fresh biomass" may help explain why fish and crustaceans live in sea sponges or near them. 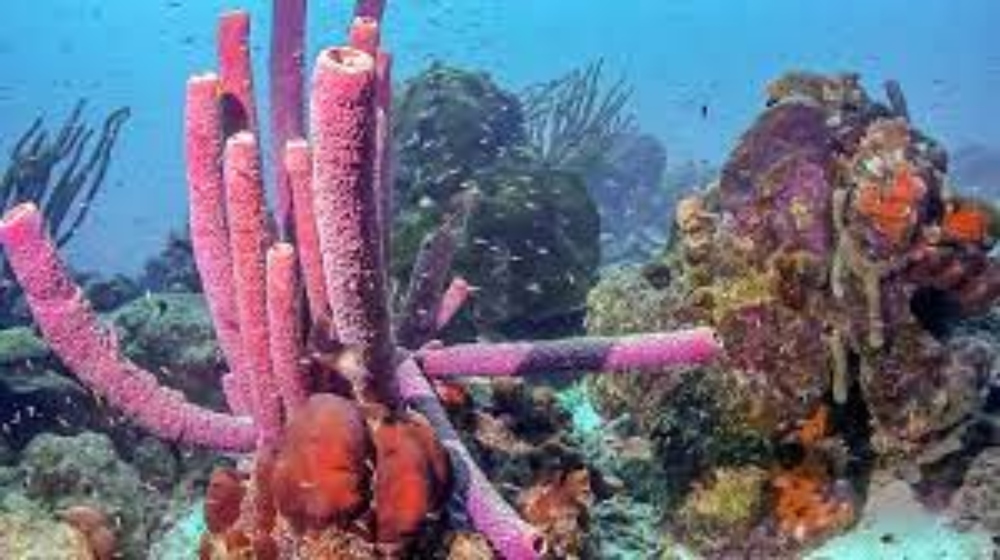 Bunch of sponges cleaning themselves

But when Kornder was diving in the Caribbean Sea, he saw mucus on the ostia of a few stove-pipe sponges (Aplysina archeri). An hour later, the mucus was gone.

Kornder and his colleagues were curious about what was going on, so they gathered several stove-pipe sponges off the island of Curaao and videotaped them in their laboratory for 24 hours using microscopic time-lapse video.

They also studied a video of a Chelonaplysilla sponge filmed by an Australian TV production firm and another stove-pipe sponge still in the sea.

Each video showed particle-filled mucus exiting the ostia in the opposite direction of the entering water.

At the surface, the mucus traveled through a network of "mucus highways"—white lines, most likely comprised of collagen—that intersected at several intersections where the mucus began to form globs.

The sponge would then constrict, releasing stringy strands of mucus into the water.

The team's investigation revealed that trapped sediments accounted for 81% of the weight of these mucus clumps, implying that sneezes likely assist in keeping the internal filters clear.

According to Kornder, the remaining 19% appeared to be good feed for other animals.

Mucus was healthy because it had 45% more carbon and nitrogen than other types of natural waste in the water around it.

The crew saw shrimp and other small crustaceans eating the mucus, as well as some small fish that seemed interested.

Every time a sponge sneezes, there's this enormous resource that's now available to these other species,

"And that might actually create some of the remarkable diversity we see on these very beautiful reefs, with their extremely intricate ecosystems."

These sneezes may be so slow at 2 millionths of a meter per second because sponges lack both muscle cells and nerve cells, according to Kornder.

They do, however, have simple versions of these structures, such as chemicals that send messages from one cell to the next and cause the cells to contract. 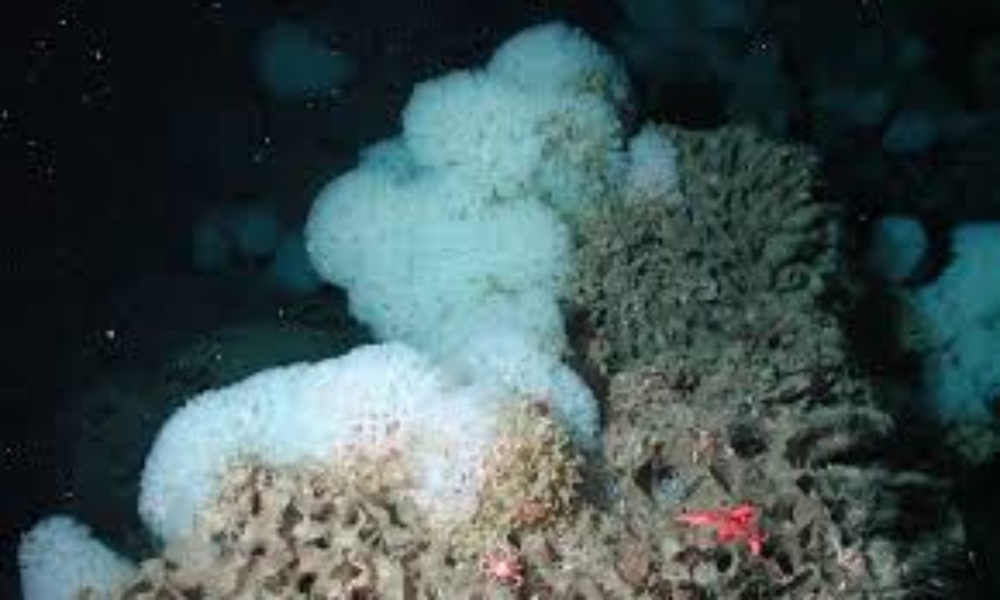 Huge amount of mucus from a sea sponge

In one study, sea sponges made modest motions in a laboratory setting by expanding and contracting their bodies. (sneezing)

In another study, which Sally Leys also helped write, it was found that sea sponges in the northeast Pacific Ocean moved and rolled across the seafloor.

Scientists have known for a long time that sponges can control the flow of water with a "sneeze" that lasts for several minutes.

Now, Dr. de Goeij and his team have found that sponges sneeze to clean themselves by releasing waste particles in mucus through their ostia.

Our findings show that sneezing is an adaptation that sponges evolved to keep themselves clean,

While this behavior has been recognized in the field for years, the authors of this paper show that these sneezes get rid of materials that sponges cannot use.

To be clear, sponges do not sneeze in the same way that humans do.

A sponge sneeze takes about 30 minutes to finish.

However, both sponges and human sneezes function as waste disposal mechanisms, de Goeij states Sponges forage for food by filtering organic materials from the water.

They take in water and let it out through different holes, and sometimes they take in large particles.

"These are sponges; they can't just walk away when the water around them becomes too polluted for them to handle," de Goeij explains.

Sponges 'sneeze' to dispose of waste

The "sneezing" mechanism comes in handy at this point.

In their paper, the scientists showed videos of the water inlets slowly releasing mucus and the mucus building up on the sponge's surface.

Sponge tissue will occasionally contract and push waste-containing mucus into the surrounding water.

While sponges consider mucus to be waste, the fish that live around them do not.

"There is some organic matter in the water surrounding the coral reef, but it is not concentrated enough for other species to consume."

"The sponges convert this substance into palatable mucus."

Kornder claims the "sneezing" behavior was seen in two sponge species, the Caribbean tube sponge Aplysina archeri and another Indo-Pacific species of the genus Chelonaplysilla.

"We believe that most, if not all, sponges sneeze.

I've observed mucus buildup on several sponges when diving, as well as in photographs taken by other scientists for other objectives," Kornder says.

The authors of the paper write, "Our results show that there is a chance to learn more about how materials cycle in some of the oldest Metazoans."

There are still many unanswered questions about how sponge "sneezes."

"The mucus flows along defined paths on the surface of the sponge before aggregating, as seen in the films."

Kornder says, "I have some hypotheses, but further research is needed to determine what is going on."

"Many scientists believe that sponges are extremely simple organisms, yet we are constantly astounded by the flexibility with which they adapt to their environment," adds de Goeij.

You might be thinking that other aquatic animals also do this or not.

So, here's the answer.

The answer is No. Sneezing occurs in all animals, including humans, dogs, elephants, horses, tigers, bears, and birds.

However, because aquatic species lack lungs, they are unable to sneeze.

Sneezing is a reflex that is induced by nasal discomfort to clear the respiratory tract of dust, mucus, and other blockages.

Animals with gills, spiracles, or other oxygen-obtaining mechanisms do not sneeze (although they will have other methods of keeping their respiratory apparatus clear of obstructions).

So the aquatic animals can not sneeze.

Thus, these sponges do not actually sneeze they just contract and squeeze their body in order to clean themselves.

What Causes A Sponge To Sneeze?

Sponges sneeze to regulate their water flow and to remove dirt from their tiny holes. Through a period of surface contractions or "sneezing", these sponges transport mucus, carrying waste particles out of their ostia and into the surrounding water column against their internal flow of water.

Yes, they do. In the same manner that people sneeze to expel irritants that come into contact with the lining of their noses, sponges sneeze—sometimes for 40 minutes or more—to expel superfluous detritus ingested when filter feeding. They're similar to humans in some ways, but more slower.

Yes, they poop (excrete mucus) through sneezing. The first animals that arose seem to have literally had potty mouths. Their modern-day descendants, such as sea sponges, sea anemones, and jellyfish, all lack an anus and must eat and excrete through the same hole.

Researchers discovered that marine sponges, among the oldest animals on the planet, let out what appears to be a deep sea "sneeze" to filter away debris.

In short, sea sponges sneeze out their waste.

A sponge's waste could be a fish's treasure.

Researchers noticed fish and other animals feeding on the sponge's just sneezed-out mucus during the investigation.

According to the researchers, evidence from their study and other scientists' deep water dives suggests that most, if not all, sponges sneeze.

Many aspects of the behavior are still unknown.