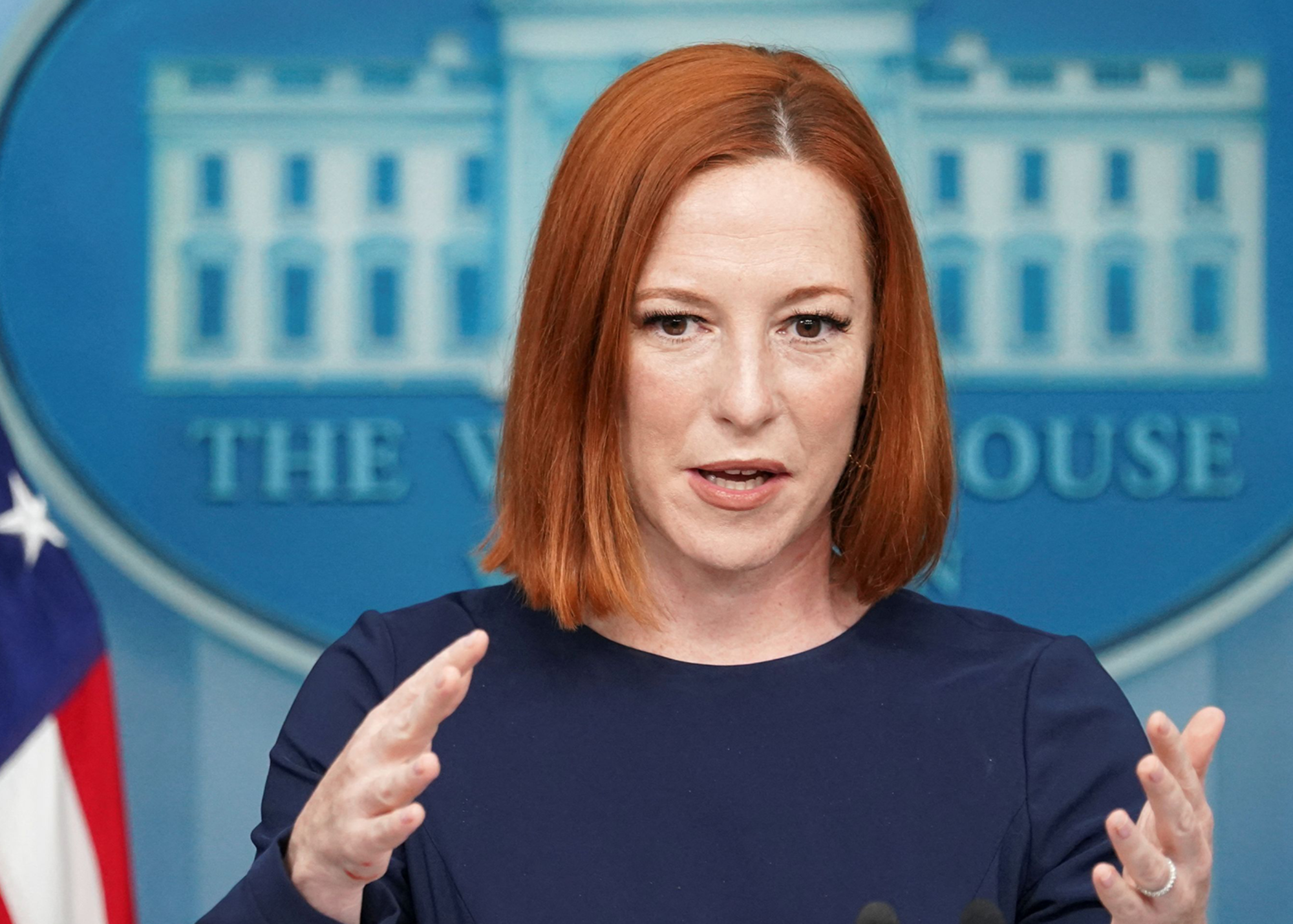 Watch the video and read this article if you want to see Jen Psakis response when asked about Trump praising Putin. Jen Psaki, the press secretary for the White House, criticized Donald Trump for endorsing Vladimir Putin's invasion of a portion of Ukraine and for describing it as "genius" and "smart."

Jennifer Rene Psaki is an American political advisor who served as the 34th White House press secretary in Joe Biden's administration from 2021 to 2022. Here's a short video clips from daily live press briefing:

Psakis responded to a question about Mr. Trump's comments on the ongoing issue of tensions with Russia over its military buildup near Ukraine by saying:

As a matter of policy, we try not to take advice from anyone who praises President Putin and his military strategy, which I believe is what happened there.

Putin declared on Tuesday that Russia would send forces to establish its sovereignty over the entire Donbass region of Ukraine. Two separatist governments dominate the region, but the Ukrainian government still holds some of the territory. In response to this, US Vice President Joe Biden announced new sanctions against Russian oligarchs and financial institutions. He also promised that the US government would work with Germany to stop the Nord Stream 2 pipeline project.

Former President Donald Trump was asked during an interview with a conservative radio show on Tuesday: "This White House is stating that this is an 'invasion'. That's a strong word. What went wrong here? What has the current occupant of the Oval Office done that he could have done differently?"

Mr. Trump told Clay Travis and Buck Sexton, "What went wrong was a rigged election and what went wrong is a candidate that shouldn’t be there and a man that has no concept of what he’s doing." Continuing his tirade, he said:

I went in yesterday and there was a television screen, and I said, 'This is genius.' Putin declares a big portion of the Ukraine - of Ukraine. Putin declares it as independent. Oh, that's wonderful. So, Putin is now saying, 'It's independent,' a large section of Ukraine. I said, 'How smart is that?' And he's gonna go in and be a peacekeeper. That's the strongest peace force. We could use that on our southern border. That's the strongest peace force I've ever seen. There were more army tanks than I’ve ever seen. They're gonna keep peace all right. No, but think of it. Here's a guy who's very savvy, I know him very well. Very, very well

During the press conference, Ms. Psaki was asked if there were any worries that Mr. Trump's remarks might make American public support for Ukraine a more partisan issue. The press secretary for the White House said:

You know, I think that's up to the members of the Republican Party to decide, to decide. There has been a long history, decades of history, which President Biden was a part of when he was chairman of the Foreign Relations Committee, of standing up to the efforts of any country to seize the territory of another country, standing up for efforts by the United States to rally global support against inappropriate and illegal actions by another country.

Who Is Jen Psaki?

President Joe Biden recently appointed Jen Psaki as the press secretary for the White House. From 2015 to 2017, Psaki was the White House's director of communications. She also worked as a spokesperson for the U.S. Department of State and in different press and communication jobs in the Obama White House.

Psaki previously assisted President Obama with his successful reelection campaign as a senior communications advisor and traveling press secretary. During her time in this position, she was a key part of the media and communications strategy. She briefed the national media every day and was one of the main on-air representatives on network, financial, and cable news.

She worked as the Deputy Assistant to the President and Deputy White House Communications Director prior to joining the campaign, where she was in charge of assisting with the daily news response and longer-term strategic communications planning. During the many crises that happened during President Obama's campaign and time in office, Psaki was the "calm and steady point person" for the media.

She has also worked on many federal and state political campaigns all over the country. For example, she was the traveling press secretary for President Obama's first presidential campaign, the communications director for Congressman Joseph Crowley's office, and the Midwest and Northeast Regional Press Secretary for the Democratic Congressional Campaign Committee.

Thank you for taking the time to read this article! If you want to see how Psaki answered questions about the Supreme Court, you can watch the full live coverage on YouTube. The House secretary also announced in the video that the US will sanction Russian President Vladimir Putin, Foreign Minister Sergey Lavrov, and other members of Russia's national security team for the Ukraine invasion.