Sexting pics, the dubious seductive habit of emailing naked images of oneself to partners, Twitter followers, and scandalized parents, isn't exactly known for its common sense.

And judgmental puritans around the country have chastised the women, and occasionally men, whose compromising photos end up on the internet for everyone to see.

There's no denying that sexting is a dangerous, compromising, and indiscreet activity. Despite this, surveys show that one in every five adult smartphone users has done it, which we believe is a compelling justification for tut-tutting less and teaching more.

After all, sexting isn't just for the young and inexperienced: Sexts have also been received by 34% of persons aged 25 to 34 and 22% of those aged 35 to 44, according to Pew Research. So, if you're going to sext, which you clearly are, do it carefully.

A Cartoon Depiction Of Sexting Pics

However, there are some hazards associated with sexting that have been generally overlooked.

Sexting is frequently used to entice the receiver, whether by an existing girlfriend or boyfriend or by someone seeking a connection with the recipient.

However, it's becoming increasingly evident that sexting isn't all about having fun. My main worry is when children under the age of 18 - particularly young girls - are forced by their friends to engage in sexting that they do not want to do.

When they sext, the younger they are, the more likely they are to admit to succumbing to peer pressure. And that kind of stress isn't uncommon.

In my studies, almost two-thirds of the teenagers said they were forced or coerced into sexting at least some of the time.

Sexting pressure can occur inside a romantic relationship, or it can come from a person (typically a guy) with whom a girl wishes to establish a connection.

The most prevalent motives for actually sending the photo were to attract that boy and to appear attractive to a boyfriend or girlfriend.

Is It Time For Sexting Ed? 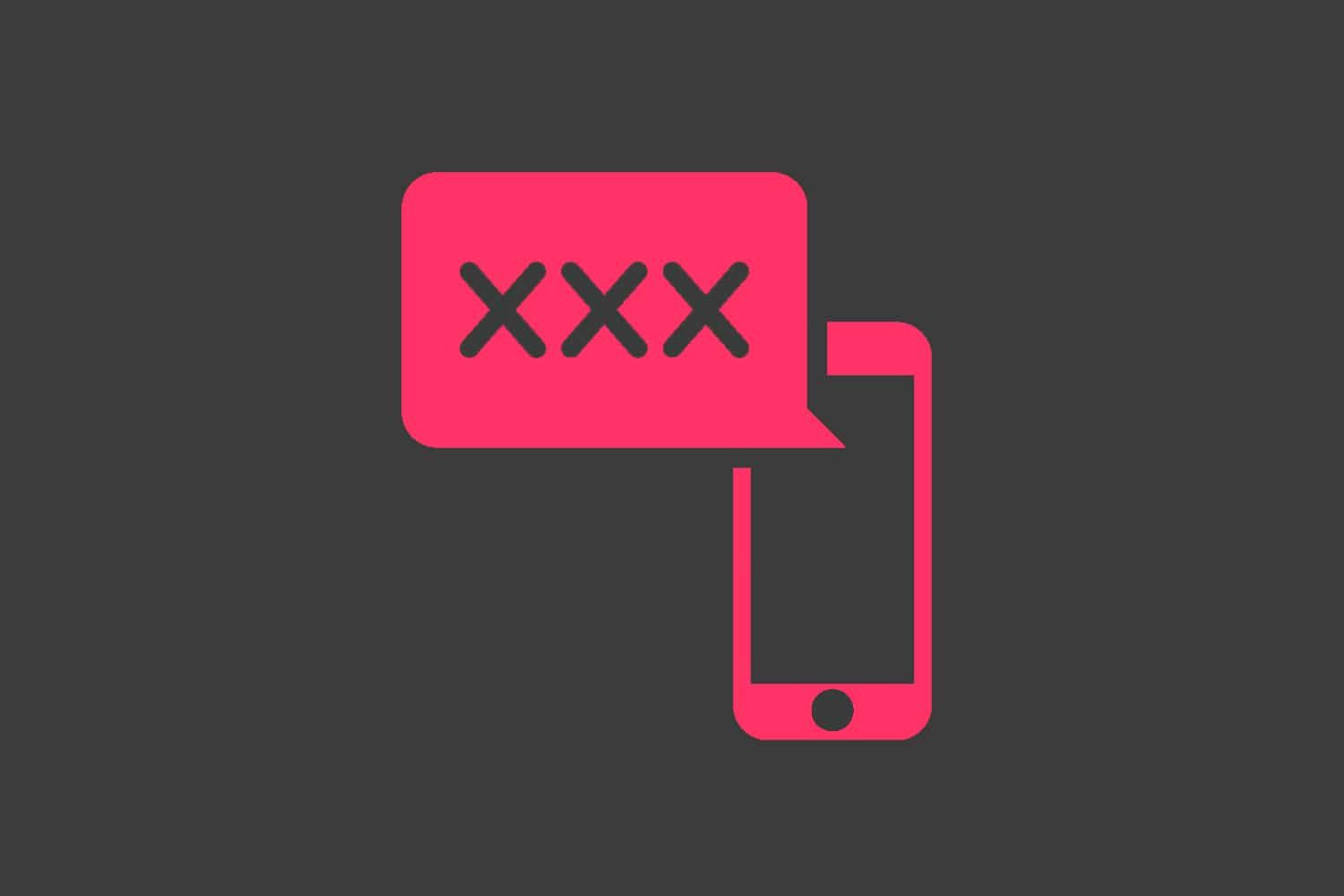 A Depiction Of Sending Nude Pics

In a recent piece in The Atlantic, Hannah Rosin related the story of a Virginia community that uncovered an Instagram page with a collection of nude photos of local females.

Officials were also surprised to see that sexting appeared to be pervasive and routine, and that concerns about wider exposure and criminal culpability were not on the minds of the kids engaged.

Why haven't kids been educated about the illegal aspect of underage sexting, as any parent may wonder? Why haven't students been informed about the potential consequences of a naked photo going viral?

In my experience, the issue isn't that grownups don't provide these cautions. The problem is that kids don’t hear them. That deafness is most likely due to a lack of trust. Why should you believe a warning that provides incorrect information?

Imagine if I told you to buckle up because 50% of all vehicle journeys in America result in someone crashing through the windshield.

You might not believe me, considering that half of all vehicle journeys in America don't finish with people slamming on the brakes, much less smashing their heads through the windshield.

Warnings about sexting are the same. Our message isn't heard if our information isn't true, or if we're delivering severe warnings about consequences that are, in reality, quite unusual.

The topics that will strike a chord with children aren't the law or social shame. These discussions should include the most prevalent dangers and issues associated with sexting, such as being pressured to send images or pressuring someone else to submit pictures.

Some teenagers may not realize that forcing someone to give explicit photos might be considered sexual harassment.

There are no societal standards on whether it's OK to shoot or upload a picture without someone's permission, but 70% of the kids I poll believe there should be some sort of consensus. "Sexting ed" could be able to assist us all in developing such societal standards.

Both sex and technology can cause parents anxiety, and it can be difficult for children to think there is a risk when they witness so many of their classmates sexting without consequences.

The Problem With Sexting

A Woman About To Send A Picture Of Herself

To begin with, unlike tangible photographs, they are infinitely easy to copy, store, and share.

Second, and this is self-evident, they are instantly and uniquely identified. Even if your face isn't in the photo, other information about you, such as your phone number, is very certainly associated with it.

Many prominent attempts have been made at the former. Before someone found that screenshots could be grabbed discreetly without telling the sender, Snapchat, the software that makes photographs "self-destruct" after a few seconds, was a popular sanctuary for sexters.

CoverMe, a more sophisticated, mature, and secure version of the same concept, has identical issues.

CoverMe will encrypt phone conversations and text messages, delete messages after they've been read, and even recall texts you regret sending - but, as the firm states in its FAQ, "CoverMe cannot prevent the other user from capturing screenshots of a message, snapping a photo, or scanning their screen."

In other words, the sexter's Achilles heel is screenshots. There is no technological method to prevent someone from screenshotting your sexts, no matter what else you do.

So that takes us to option #2: plausible deniability, or "the Anthony Weiner rule," as I like to call it.

What Are Sexting Photos?

Sexting (sometimes known as "sex texting") is the act of sending or receiving sexually explicit or provocative photographs, messages, or video over the Internet or via a smartphone.

The study also discovered that "sexting" was a predictor of risky sexual conduct in female students but not in males. In the Youth Risk Behavior Survey in Los Angeles, however, "sexting" was connected with being sexually active but not necessarily with not using condoms among high school students.

Is Sexting A Crime?

It is also illegal to send sexts to children. This means that both minors can be charged with child pornography if they sext each other freely.

Is It Normal To Sext?

Sexting is a rather typical occurrence among teenagers. Researchers' estimates range from 20 percent of teenagers to more than 60 percent in some studies. Teenagers, on the other hand, believe that roughly 90% of their peers are sexting. 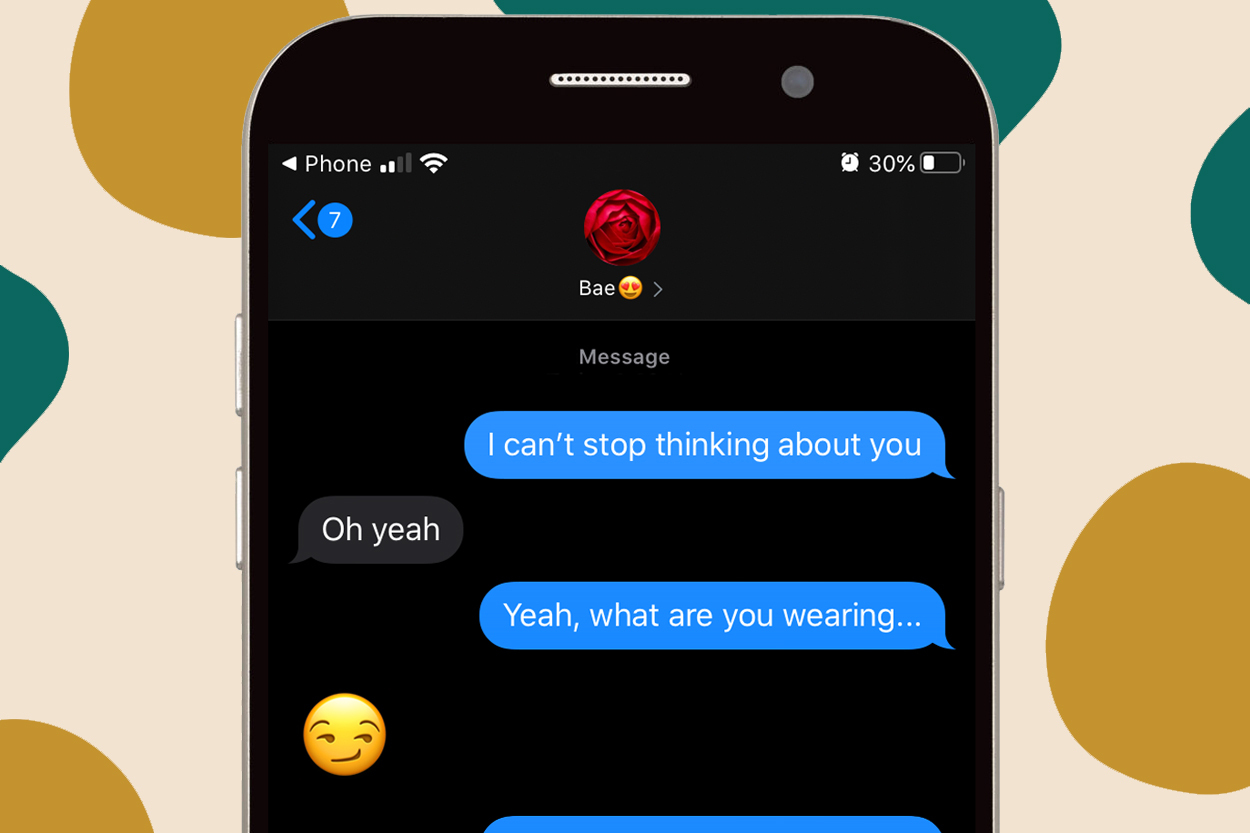 A Man Asking For Nudes

It's critical for parents to talk about danger, but they must do so realistically. What parenting around sexting is all about is talking with your children about obeying the law, respecting others' privacy, everyone's right to keep their bodies private, and what values you have about this issue.