This Shitty Treacherous Cat Poops In The Kitchen Basin 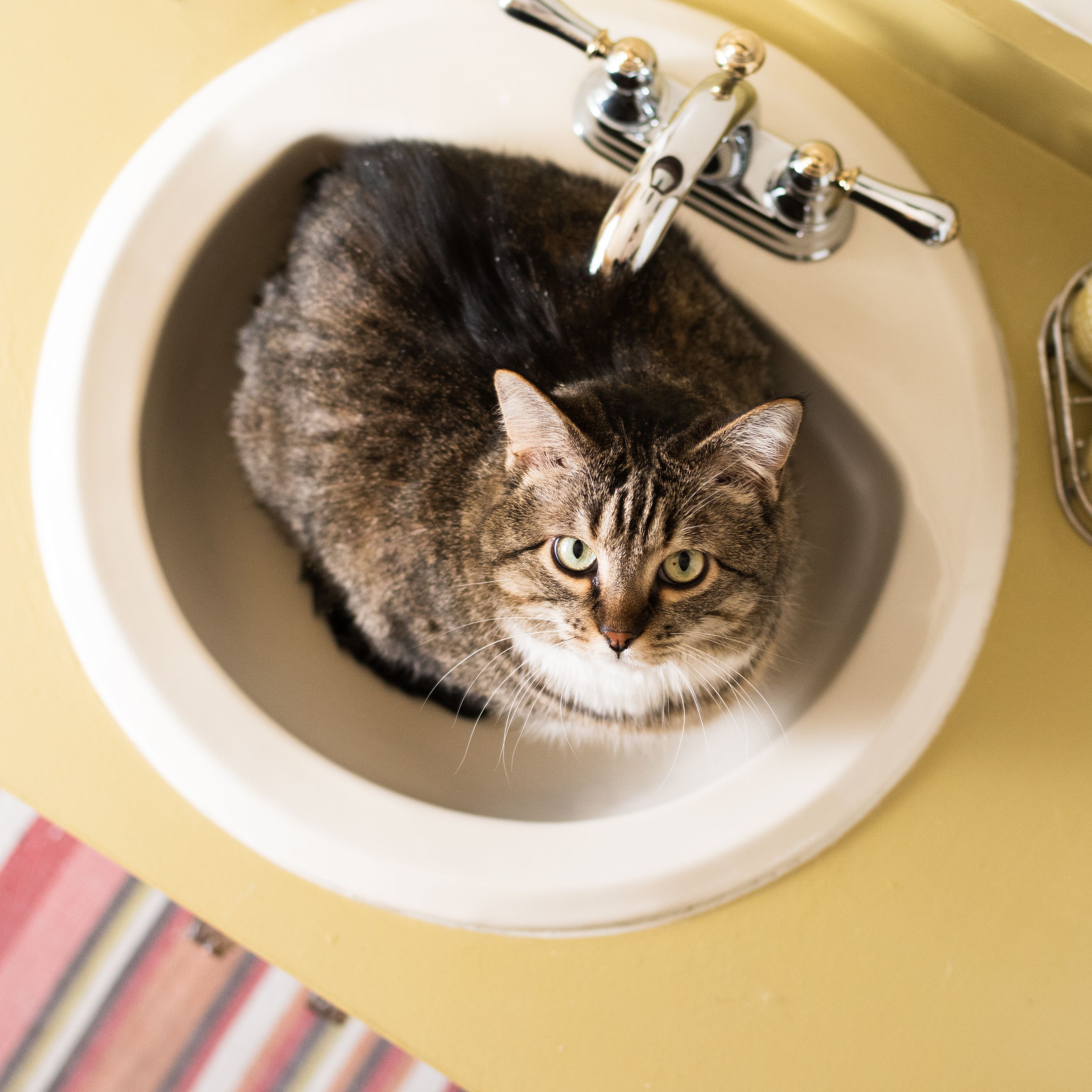 A shitty treacherous cat poops in the kitchen basin. The story behind this is that a funny video on Reddit can be seen going viral on the internet with the caption "This Shitty Treachourous Cat" with 1688 upvotes.

In this video, a cat can be seen pooping in the kitchen basin. Really WTF!!!

The video is given below. I think you should never be a cat owner.

A Reddit user, RamseyHateMe, said, "Owner must have tried to teach that Gremlin to shit in the toilet. Still better than on the carpet I suppose."

However, another user, Sleipnirs, disagree with RamseyHateMe, "Cat shitting exactly where you clean your dishes is not better than on the carpet, IMO.

Edit: That's just my opinion, guys. I'm not going to argue on the subject any further ffs."

On the other hand, WWDubz shared a different perspective, "Maybe it’s their poop sink. You don’t have a poop sink?"

Let me give you some details and reasons why the cat pooping in the tub, so you can avoid this SHIT.

Why Cat Pooped In The Kitchen Sink

It is the wee hours of the morning, and you are just now beginning to stir and get ready for an office day.

You go to the kitchen and then you first catch a whiff of it. Poop. You look down, and there it is—your cat has defecated in the kitchen basin, and now it is your responsibility to clean it up.

If your shitty treacherous cat poops in the kitchen basin, you have to find the reason first.

The vast majority of cats have straightforward explanations for why they defecate in the kitchen.

You simply need to determine what it is so that you can effectively address the issue and put an end to the habit.

In these particular scenarios, you will be required to take your cat to the veterinarian so that the problem can hopefully be diagnosed and treated.

Your cat might be suffering from anxiety. The symptoms are rapid breathing, trembling, over-grooming, etc.

Have you made any recent improvements to your house? Perhaps you purchased new furniture, or perhaps you got rid of an item that they really cherished.

Has someone gone out of the house? Perhaps because of the need to separate for college or other reasons? All of these things are alterations that might happen to a cat.

Any Addition To Your Residence

It's possible that your cat is feeling uneasy because you just brought a new family member into the house.

Have you lately added a new member to your family or adopted a new pet? This will elicit a reaction from your cat, and it may not be a good one.

It's possible that your cat is merely restless. While you spend all day away from home and you have an active cat, you can find that they miss you and require additional stimulation if you are gone during the day.

Do you empty and clean the litter box on a daily basis? If you don't it's not just you.

Even some people are unable to pull this off on a daily basis.

It is possible, though, that your cat is defecating in the kitchen basin rather than in its litterbox because the litterbox needs some cleaning.

If you find that they only use it immediately after you have cleaned it, you might want to consider cleaning it more frequently in the future.

How Do I Stop My Cat Pooping In The Sink?

There are a few straightforward steps that you may do to assist in modifying the undesirable behavior of your cat.

Experiment with different methods until you find one that fits your cat, your lifestyle, and the circumstances of your home the best.

You are welcome to make multiple adjustments all at once.

The condition may improve if certain straightforward adjustments are made to the actual litter box.

You should provide your cat with a second litter box, preferably in a different room, so she has the option of using either one.

What Should Be Avoided?

These factors can be sufficient to prevent a cat from using the kitchen sink and bathtub.

Put a little amount of water in both the sink and the bathtub.

Your cat may be dissuaded from entering the bathtub or sink as a result of this water, which will prevent the action from taking place.

Test out a different brand of cat litter.

Certain types of cat food are disliked by some felines due to their consistency, odor, or other characteristics.

Why Is My Cat Pooping In The Sink All Of A Sudden?

There are a lot of factors that could be causing your cat to defecate in the bathtub, and most of them are not very difficult to fix. The primary reason is most likely some kind of nervousness or aversion towards their litter or litterbox. It might be that something has scared them, or they just don't like the kind of litterbox or the type of litter that they are using.

Why Is My Cat Pooping In The Kitchen?

Why Do Cats Pee In The Sink?

The fact that your cat despises their litter box is the most likely explanation for why they urinate in other places. There are a lot of different things that could make a cat dislike their litter box, and this "affliction" could happen at any point in time.

If your shitty treacherous cat poops in the kitchen basin still frequently despite the improvements that have been made to the environment, it may be beneficial to consult with a veterinary behaviorist who specializes in felines.

Do you know that the lobsters communicate by peeing at their fellows?