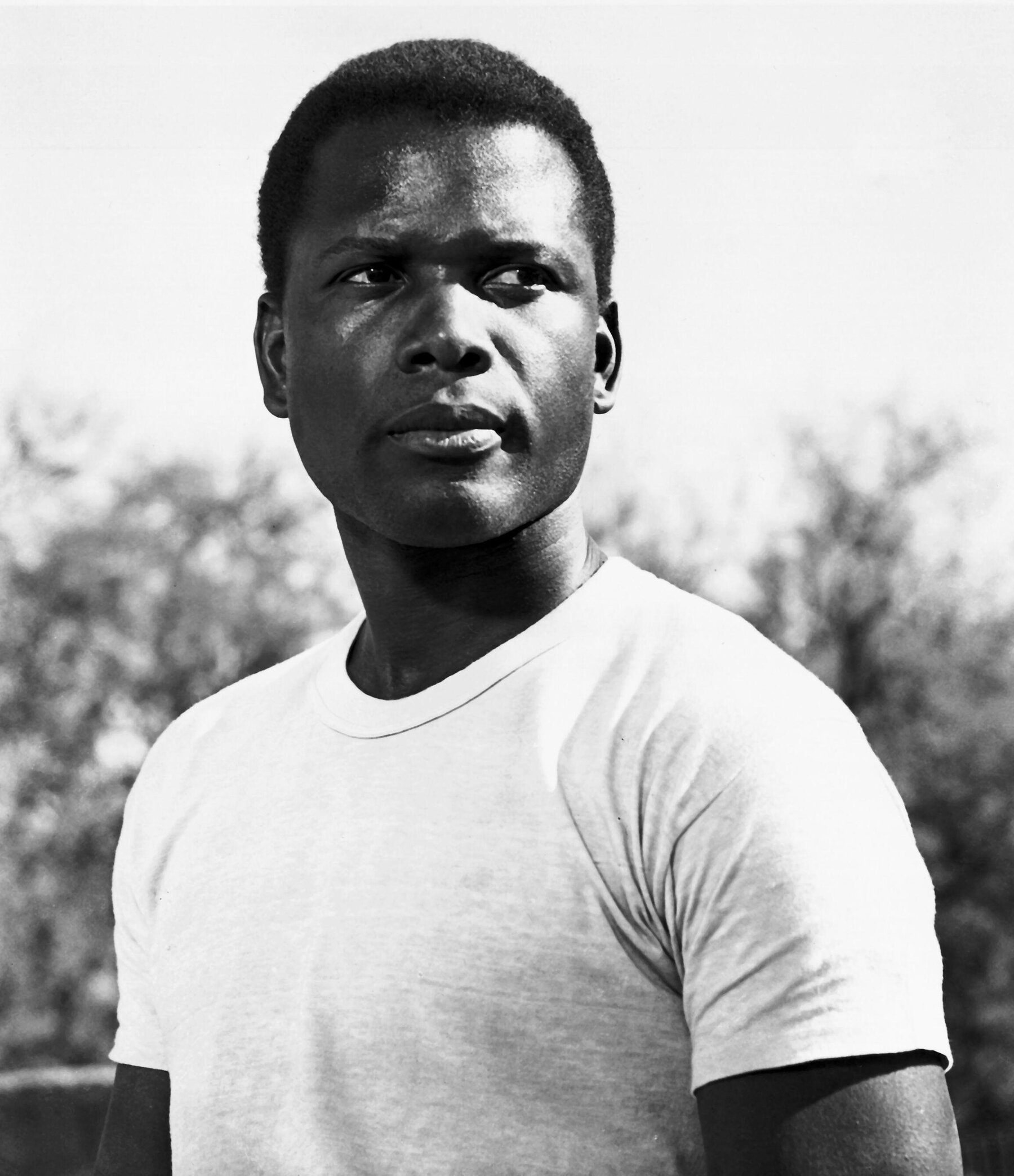 Sidney Poitier should not need a qualifier or an asterisk to be celebrated for his excellence, but prior to his passing at the age of 94, many people appeared eager to add one. As the first black man to receive the Academy Award for Best Actor, Poitier paved the way for other minorities and forever changed the face of American society.

His persona destroyed preconceived ideas about who had interesting stories to tell, who could pack a theater, and who qualified as a movie star. The landscape of American acting, which includes Mahershala Ali, Denzel Washington, Viola Davis, Jamie Foxx, and Octavia Spencer, to name just a few of Poitier's fellow Oscar winners, might look very different today if this Miami-born son of Bahamian tomato farmers hadn't by chance stumbled his way into a brilliant stage and screen career.

Poitier relocated to Miami as a teenager from the Bahamas. But following a run-in with the KKK, he moved to New York City, penniless. Poitier spent some time on the streets and slept in a restroom at a bus stop.

He was unable to get roles at the American Negro Theatre in Harlem because of his strong island accent. By copying radio presenters and reading American newspapers, Poitier put a lot of effort into reducing the harshness of his island accent.

Sidney Poitier, however, remained by himself for much too long. Additionally, as he was all too aware, being extraordinary may be a burden rather than a benefit. Even as he gained notoriety in the late 1950s and 1960s, his career was viewed as a record of both setbacks and victories. 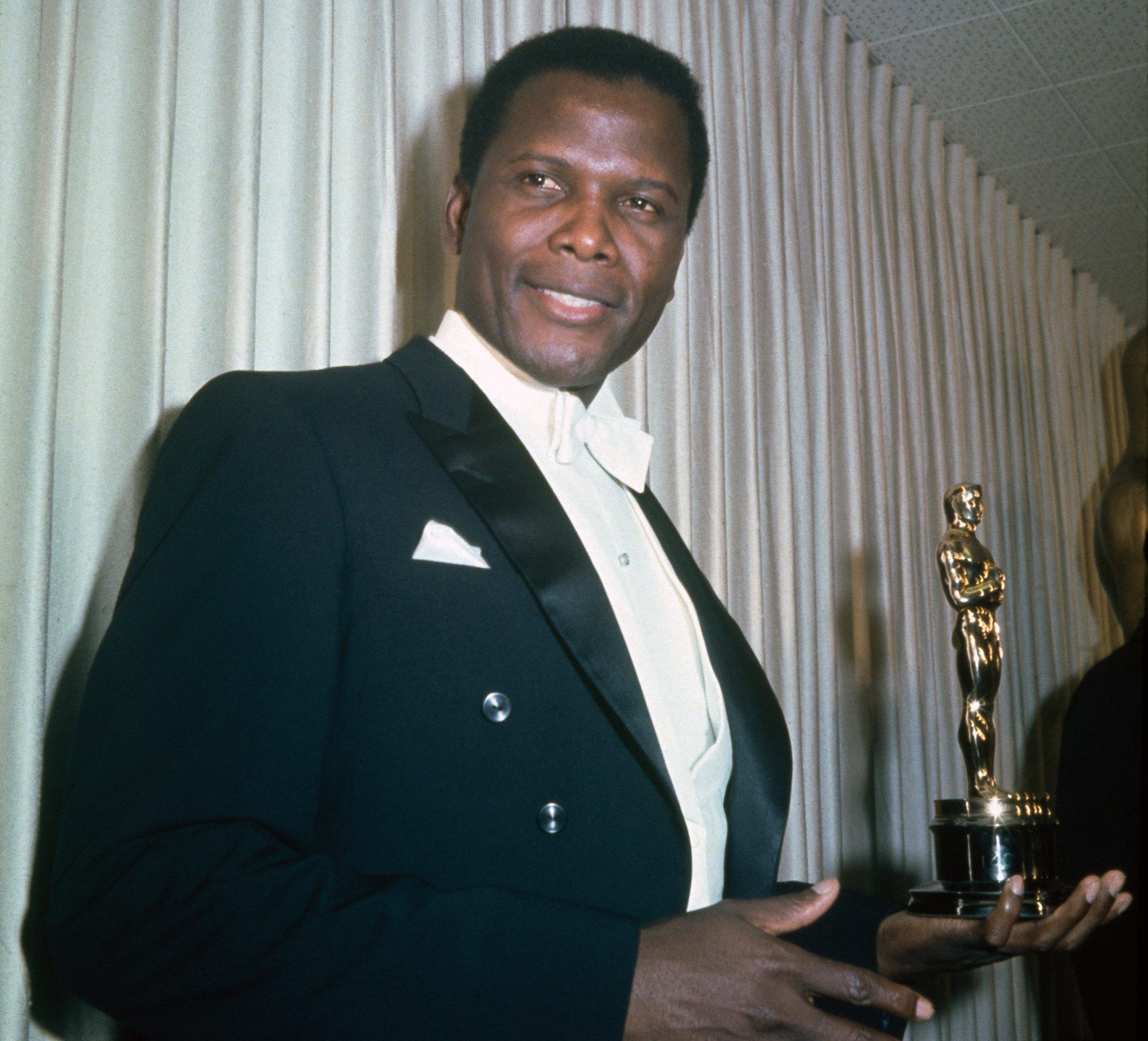 Sidney Poitier holding his award in his left hand

The most potent illustration may be seen in Norman Jewison's "In the Heat of the Night" (1967), in which police detective Virgil Tibbs - one of Sidney Poitier's most well-known roles - returns a white racist's smack to the face. The kind of moment that can bring a whole career into sharp focus is still exhilarating. (It's a scene that Poitier himself suggested as well; in the original draft, Mr. Tibbs just left.)

However, it wasn't enough for many others, especially those who wanted Poitier to take more aggressive steps. They believed that the other Poitier star vehicles of the 1960s were liberal message films made to appease a primarily white audience.

That evaluation strikes me as both unkind and a little self-flattering, and it says more about those who think their generation is the most morally brave and politically sophisticated in history than it does about Poitier.

It certainly says little about the feelings that Poitier's body of work still evokes or the realities that it still serves as a reminder of, such as the fact that a performance is more than just a job description and that excellent acting generates its own indescribable, unclassifiable energy.

In 1976, the actor from Blackboard Jungle married Canadian actress Joanna Shimkus. They got married and had two daughters together after meeting while filming The Lost Man in 1969.

Poitier discussed Shimkus with Closer Weekly in 2020 and said,

There is one crucial aspect my wife has helped me to recognize over the years, and that is the significance of articulating love for one another on a daily basis.

Juanita Marie Hardy, a dancer and model, and Poitier were initially married in 1950; their marriage lasted until their divorce in 1965. Before they split up, Hardy and Poitier had four daughters together. 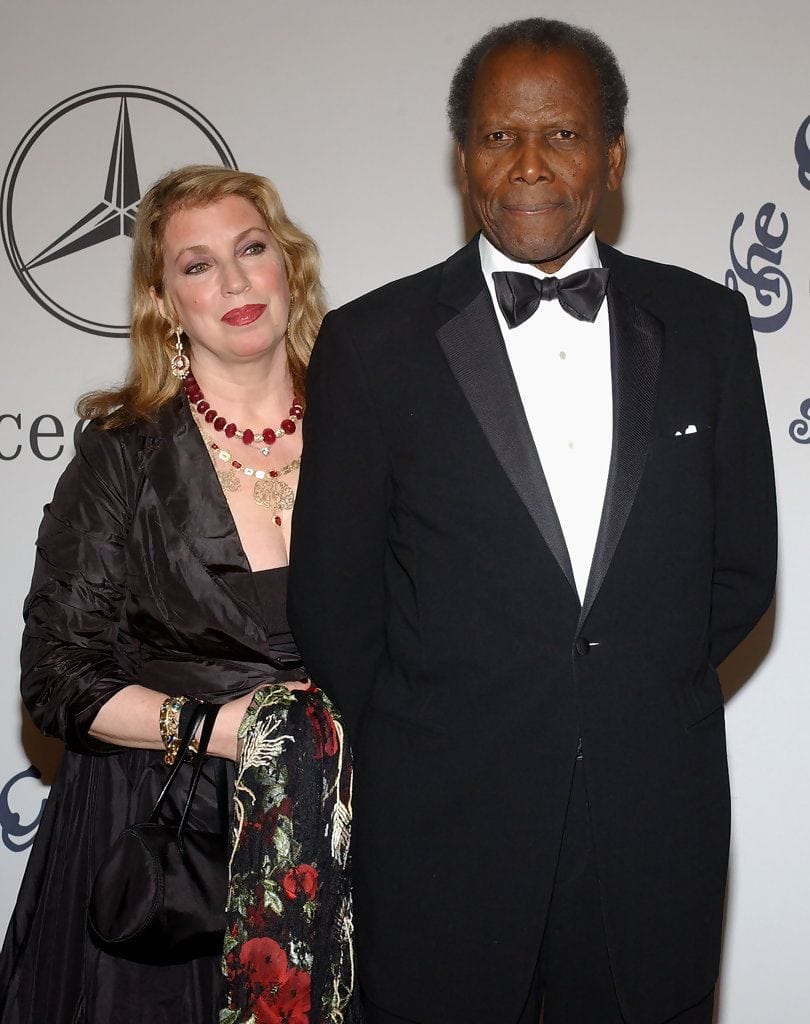 Sidney Poitier with his wife in an award show

From his two marriages, Poitier was the father of six daughters. Beverley, Pamela, Sherri, and Gina were the four daughters he had with Juanita Hardy, his first wife, whom he wed from 1950 to 1965.

With his second wife, Joanna Shimkus, to whom he was wed from 1976 until his passing in 2022, he had two children, Anika and Sydney. 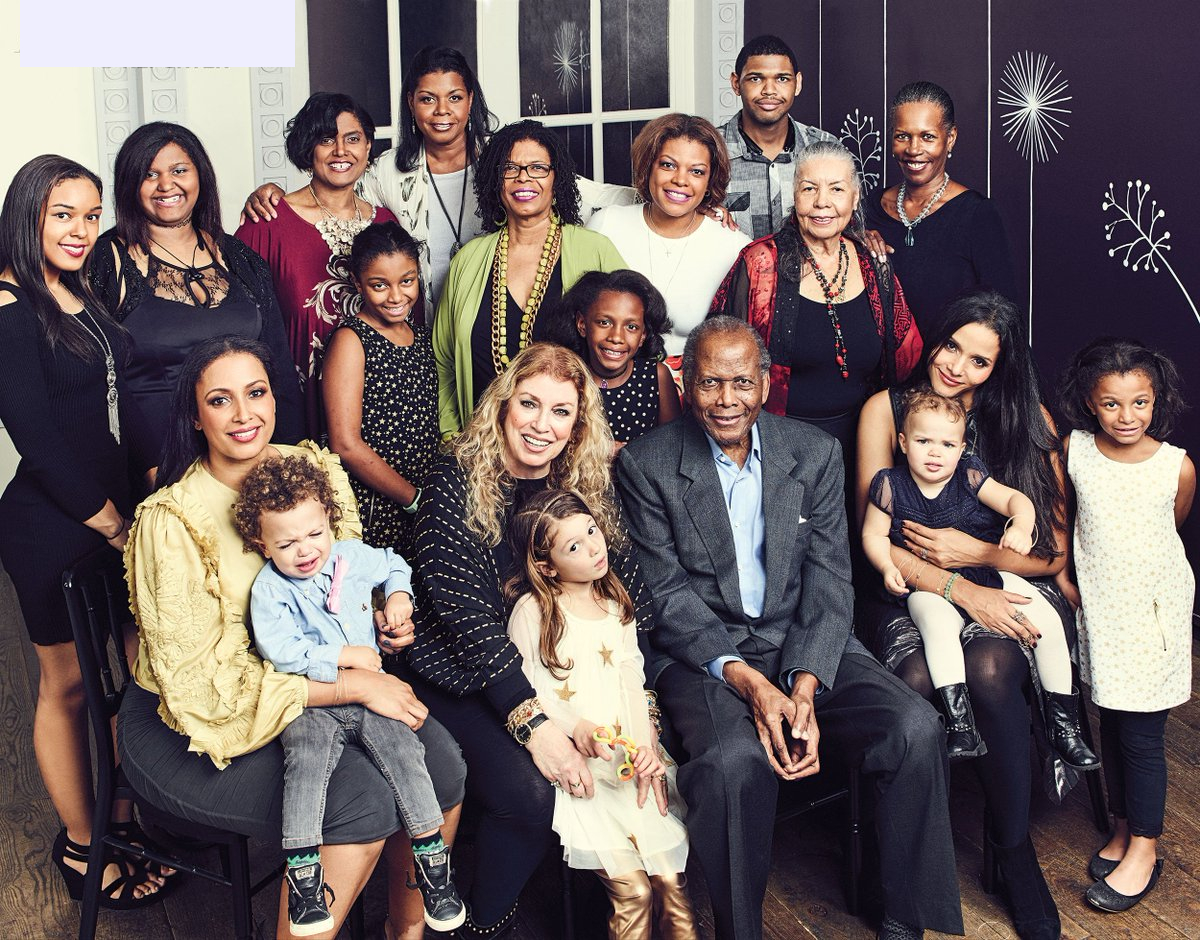 Sidney Poitier with his children and grand children

At the time of his passing, Sidney Poitier, an American-born Bahamian actor, director, author, and diplomat, had a net worth of $20 million. One of the last remaining actors from the so-called "Golden Age of Hollywood," Poitier was considered a member of Hollywood's showbiz royalty.

What Is Sidney Poitier's Legacy?

Poitier's legacy has been felt within arts and entertainment spaces, as he was an influence on many Black actors and creatives today. In a tribute to the iconic performer the day after his death, New York Times critic Wesley Morris wrote that Poitier was the greatest American movie star

Yes, he played this role. Nelson Mandela's life has inspired the world and has been the basis for many memorable performances and films. Sidney Poitier, "Mandela and de Klerk" (1997). The legendary actor portrayed Mandela in the 1997 Hallmark TV movie.

What Was Sidney Poitier's Accent?

Contrary to what was expected of black actors at the time, Poitier's tone deafness made him unable to sing. Determined to refine his acting skills and rid himself of his noticeable Bahamian accent, he spent the next six months dedicating himself to achieving theatrical success.

Dr. Martin Luther King Jr. paid respect to him in 1967 and noted that Poitier "is a guy of profound depth, a man of enormous social concern, a man who is dedicated to human rights and freedom."

Poitier was a fierce civil rights warrior. Sidney Poitier was a legend, an icon, and above all, a spouse and a father to six girls.