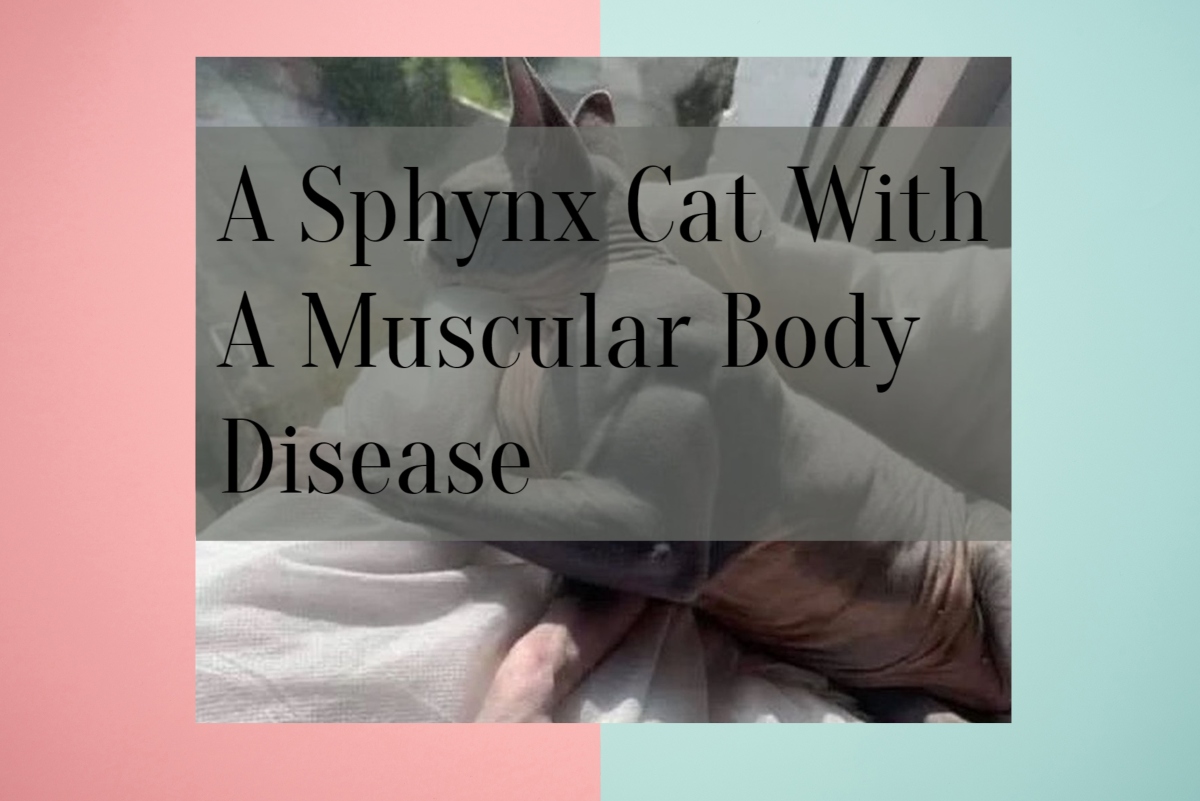 There is a picture going viral on the internet in which there is a sphynx cat with muscle disease.

It is a bicolor sphynx cat. The picture is given below. 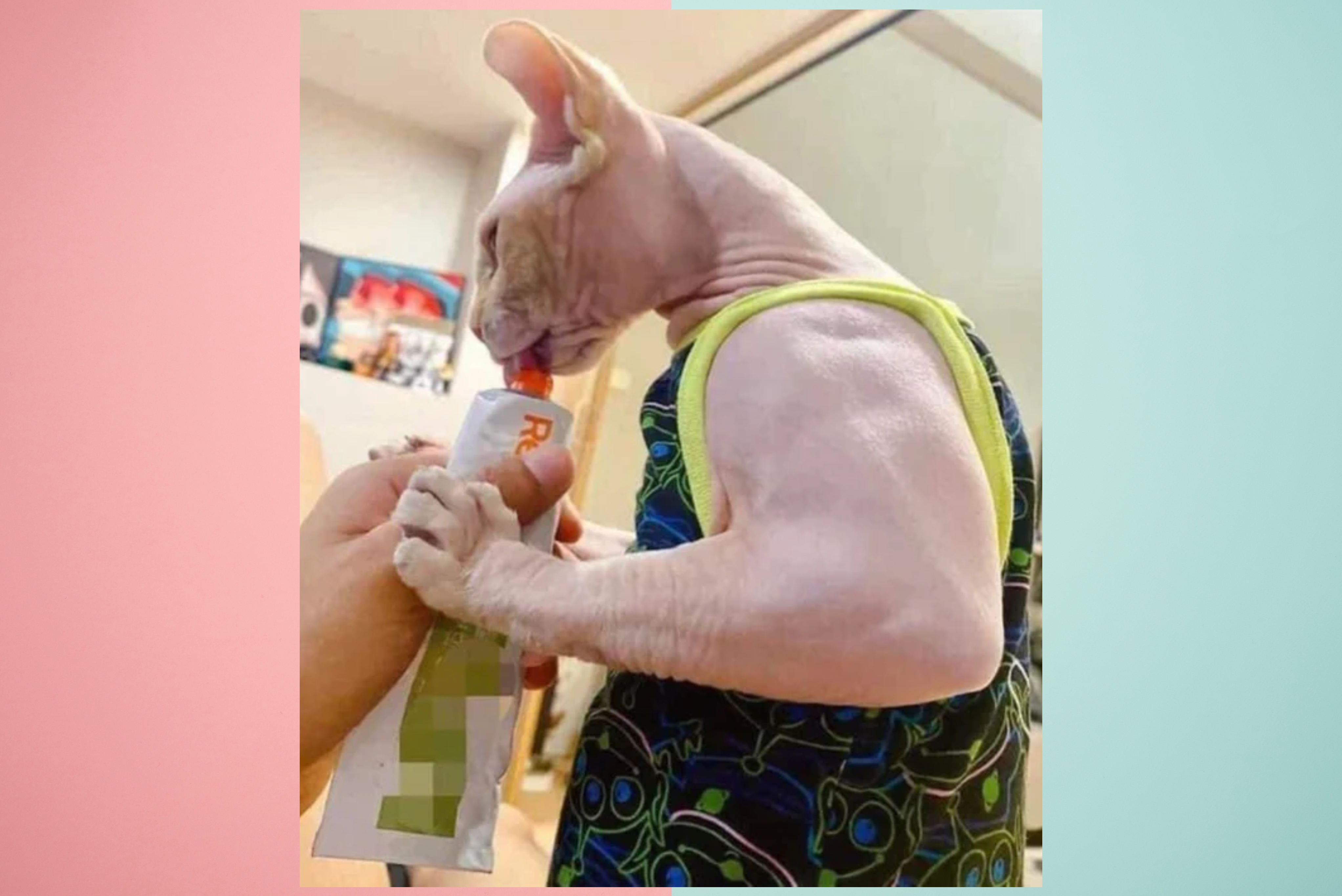 A Sphynx Cat with muscle disease sucking something from a tube

Let's first learn about the Sphynx cat breed. They might look weird, but there is more you need to know about them.

The Sphynx cat, despite its otherworldly look, is one of the nicest, most lively, energetic, and faithful pets.

These hairless felines are driven by their human companions and have a strong desire to win them over and spend time with them.

People often believe that these friendly cats have characteristics of both dogs and cats.

People are frequently intrigued by the Sphynx cat because of its hairless appearance and the fact that it does not require routine grooming like other breeds of cats do.

Although it may appear that they are fully bald, this is not always the case.

You are going to be very astonished to learn that the Sphynx's coat has a suede-like texture and is silky, very much like the way velvet feels.

These cats of medium size are more than just their distinctive coats, and despite the fact that it may be what attracts you to them, you should be ready to groom them and take care of all of their other requirements.

Even though not all Sphynx cats have the same habits, there are a few things that they all have in common.

A Sphynx kitten is a wonderful addition to any family if you are searching for a playful and affectionate young cat to join your home.

Let's move back to our main topic, a sphynx cat with muscle disease, that went viral on Reddit a year ago. 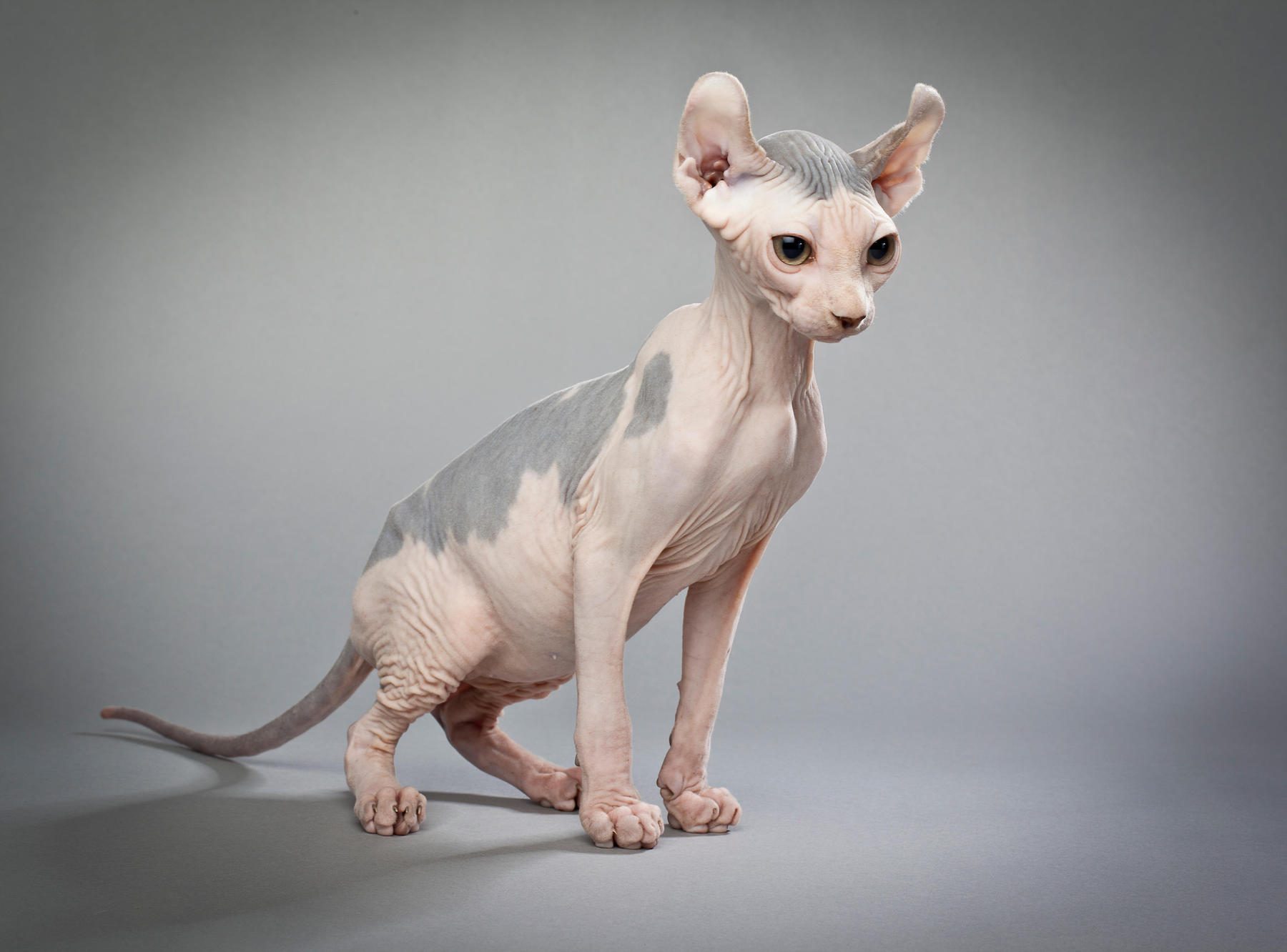 A Sphynx cat on a grey background

Since it was a young kitten (the picture of a muscular cat provided above), this bicolor Sphynx cat seems to have been steadily getting stronger.

It is the equivalent of Arnold Schwarzenegger in the world of cats. The fact that he has no hair draws attention to his condition.

The cat has a very strange illness that causes its muscles to grow to sizes that aren't normal.

Now, what exactly is it? As can be seen, the condition results in an increase in the amount of muscle mass.

It means that there isn't enough myostatin protein because the genetic code changed in a way that wasn't expected.

The National Organization for Rare Disorders gives more information about the condition by saying that myostatin-related muscle hypertrophy is a very rare condition that is marked by a decrease in body fat and an increase in muscle mass.

Cats and people who are affected by it can have up to twice the typical amount of muscle mass and experience an increase in their muscle strength.

Cats and people who have this illness have normal mental abilities, and as far as it is known, it doesn't cause any heart problems.

It has not been shown to result in any adverse health effects. It has an effect not just on people but also on other creatures.

A genetic mutation in the MSTN gene is the root of the problem in human beings.

This gene is in charge of giving the instructions for making a protein called myostatin.

There is evidence that this condition can occur in people, and a study that was published in the journal Scientific Reports in 2016 stated that "the desired phenotype of double muscle has been successfully generated in mice, goats, pigs and cattle."

With their research, the researchers also said that it was possible to make MSTN KO (Myostatin knockout) rabbits.

Even though the exact reason why the cat looks the way it does can't be known for sure, more research has shown that the same problem can also affect dogs.

A snapshot of a three-year-old whippet who demonstrated increased muscle mass "resulting from a mutation in the myostatin gene" was published in an article that was published in NMD-journal.

Both before and after birth, this protein is useful for the function of skeletal muscles in cats, including the muscles in the legs. 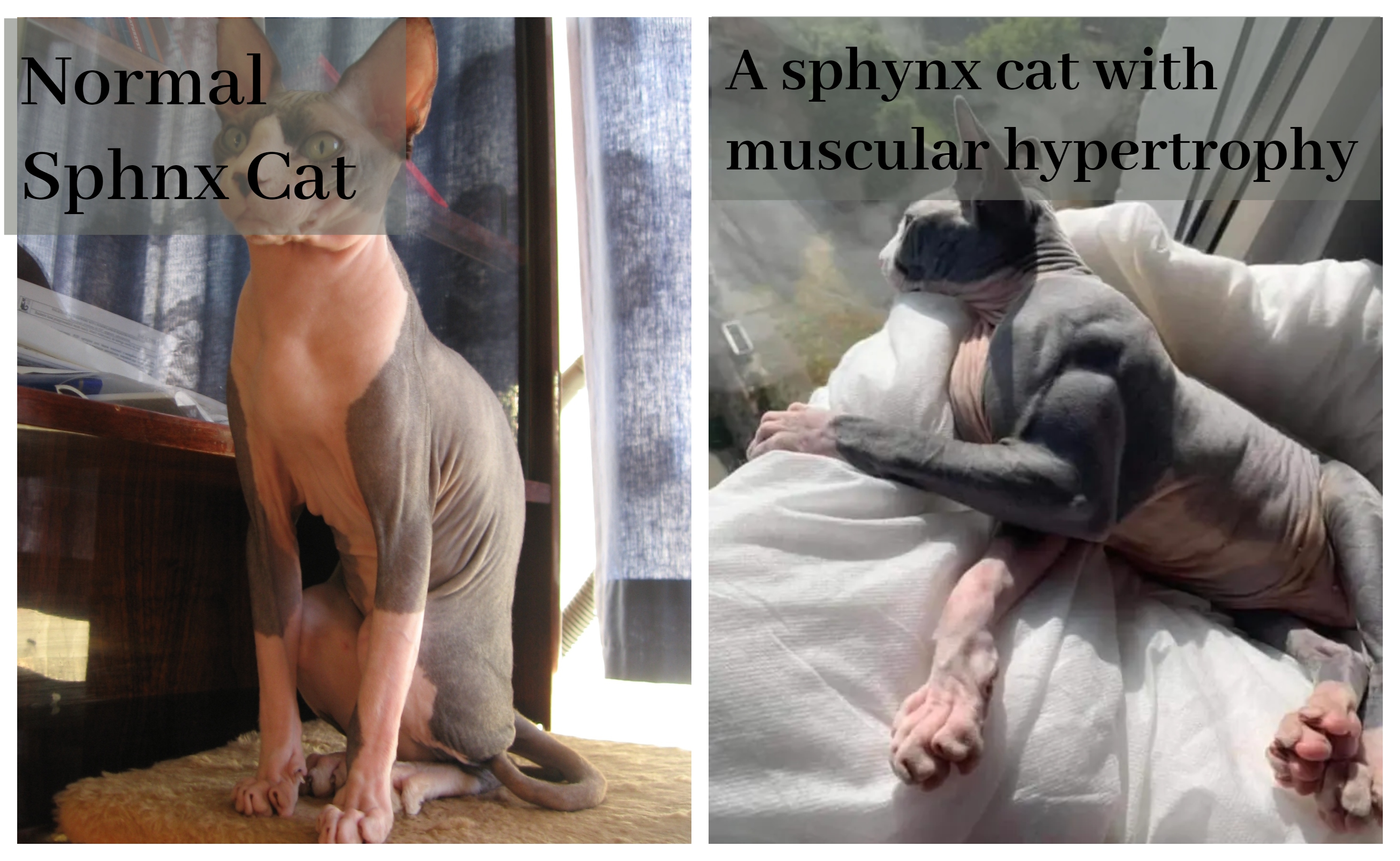 Normally, the protein will stop the muscles from growing so that they don't get too big.

The mutation lowers the production of the functional form of myostatin, which in turn causes an increase in the amount of muscle tissue that is produced.

The inheritance pattern is referred to as "incomplete autosomal dominant" in genetics. The phrase "not sex-linked" refers to the meaning of the word "autosomal."

To put it another way, any one of the six could have the illness. If a person, or in this case, a cat, has both copies of the mutant gene, it is said to be homozygous for the disorder.

As a result, the person or cat will have much more muscle mass and strength. If they only have one copy of the gene, they will also have bigger muscles, though not as many.

This image of the cat was uploaded by user XlitassKid to the r/WTF Reddit and shared with the community.

Here are some of the comments below.

A Reddit user karoshikun explained problems related to this disease, "it creates mobility problems, among a lot of other stuff."

A Ph.D. muscle biologist, incognito_dk, shared, "That's quite simply not true. Myostatin defects are associated with tendinopathies and maybe impaired wound healing but not heart defects."

A Reddit user shared some interesting information, "Belgian Blue Cattle. An entire breed maintained by artificial insemination so that they all have the myostatin reputake inhibition deficiency."

Who Is The Muscular Sphynx Cat Going Viral On The Internet?

The image of the cat was initially uploaded by user bsmith2123 to the r/Damnthatsinteresting subreddit and shared with the community in 2021. Any further information, like its name or location, is not known.

From Which Disease Is The Viral Sphynx Cat Suffering?

BuzzFeed was told by a veterinarian by the name of Dr. Dan Smith that cats may have a genetic muscular problem that is responsible for their peculiar muscular appearance. It's probable that cats have double-muscling, an uncommon mutation that's more commonly observed in cattle than in humans.

The first-ever photograph (that was uploaded in 2021) of a sphynx cat with muscle disease depicts a grey cat stretching out with one paw extended while lazing about on some soft furniture and gazing out the window.

Since there is no fur on the outstretched limb, the muscles stand out, showing big shoulders, big paws, and a big chest.

Have you heard about the news in which a blue lobster was caught off the coast of Portland?