An Absolute Guide About The Enchanting History Of Spiš Castle Slovakia 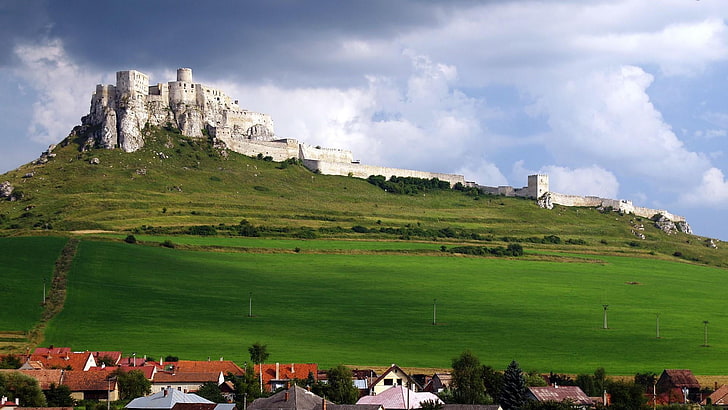 The massive stronghold of Spiš Castle Slovakia, which sits atop a travertine hill above the settlement of Spiské Podhradie and is inscribed on the Unesco World Heritage List, is one of Central Europe's largest castle complexes.

At least as far back as the 12th century, its bulwarks and massive defensive walls protected Hungarian royals and nobles from arrows soaring through the skies above them.

For more than a thousand years, the remains of Spi Castle in eastern Slovakia have been considered one of the greatest castle sites in Central Europe. It is located above the towns of Spiské Podhradie and ehra in the region known as Spi, and it is one of the most important structures in the region.

Spiš Castle Slovakia was included on the UNESCO World Heritage List in 1993 (together with the nearby sites of Spiská Kapitula and ehra) as a cultural monument of international significance. This castle has a total land area of 41,426 m2, making it one of the largest in Europe. The Spi Museum in Levoa, which is a part of the Slovak National Museum, is in charge of its administration.

A previous castle stood on the location of today's Spi Castle, which was erected in the twelfth century. There were several important institutions in Szepes County, which served as the political, administrative, economic, and cultural core of the Kingdom of Hungary. Until the reign of King Matthias Corvinus in 1464, it was owned by the Hungarian kings; thereafter, the Zápolya family (from 1528 to 1528), the Thurzó family (1531–1635), the Csáky family (1638–1945), and, since 1945, the Czechoslovak and then the Slovakian governments have held ownership of the fortress.

Around 1470, a late Gothic church was built on the site. With the help of late Gothic changes, the Zápolya dynasty transformed the top castle into a cozy family dwelling, reminiscent of late Renaissance residences from the sixteenth and seventeenth centuries. 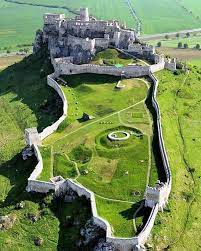 The views from the 22m-high tower, which is connected to the rest of the site by gravel paths and stairs, are among the site's highlights, as is a museum of medieval history housed within the ancient palace.

The castle was destroyed by fire in the 12th century and rebuilt shortly after.

The nobleman Stefan Záposk oversaw a Gothic refurbishment in the second half of the 15th century that laid the way for a distinguished courtly existence. He was responsible for the reconstruction. As the fear of invasion receded, Spi Castle was transformed into a venue for balls and upper-class socializing, and its role as a strategic fortress was diminished.

Details such as the Gothic-style windows of the castle serve as an illustration of the balance that may be achieved between defensive and ornamental architecture.

Following a fire in 1780, the castle began to crumble and fall into ruin.

The restoration of Spi Castle began in earnest in the 1970s, and the castle quickly gained notoriety. It was included on the Unesco World Heritage List in 1993 and is now one of Slovakia's most visited tourist destinations.

In the summer, there are regular night tours of the castle (adults, students, and children are charged €10, €8, and €8).

Located 1km east of Spiské Podhradie, off the D1 highway, or approximately an hour's trek upwards from the hamlet, Spi Castle is a must-see.

The uphill 10-minute walk from the (free) car park to the castle entrance is the most challenging part of the trip. 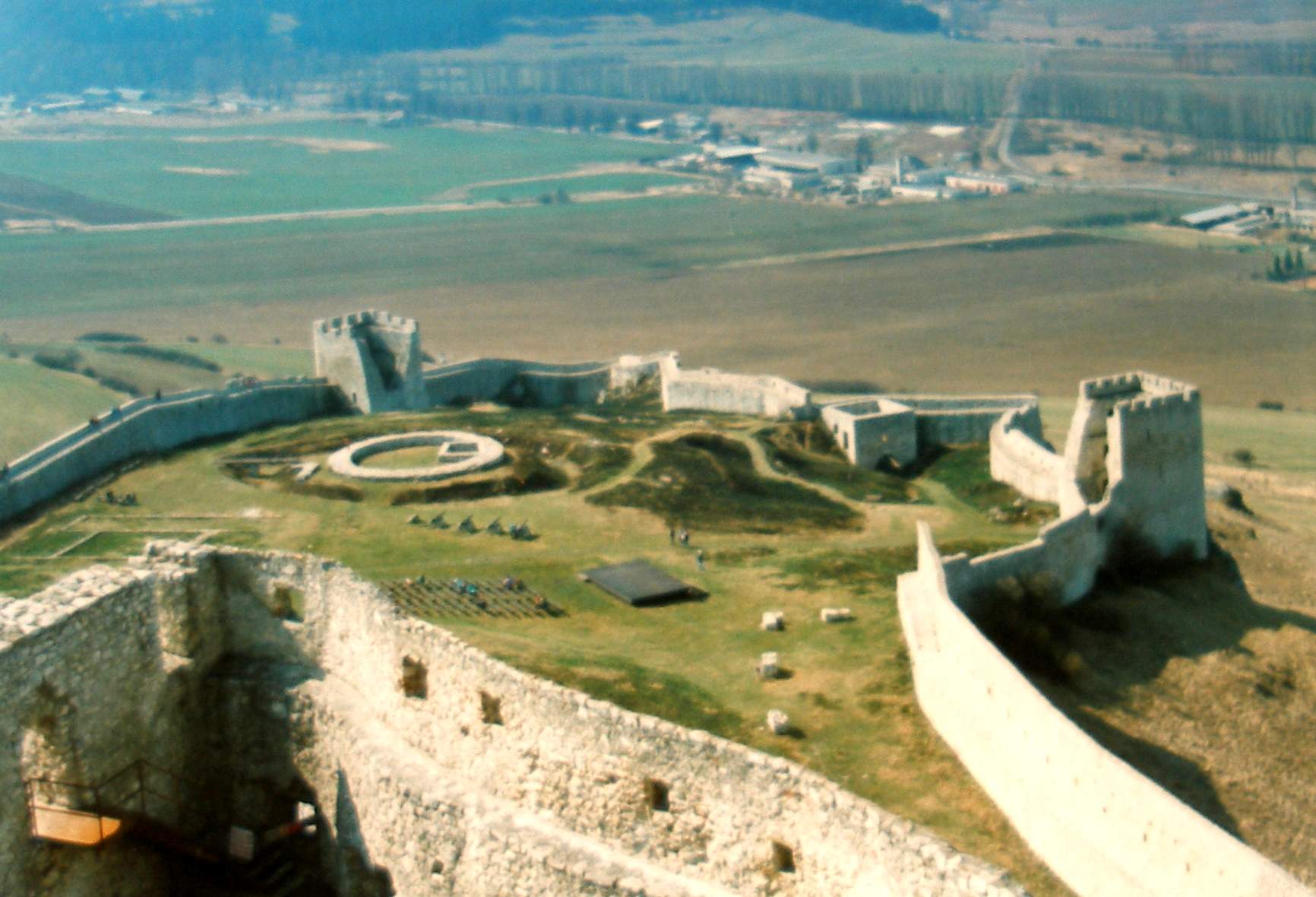 The Spi Castle, which dominates the eastern horizon of Spiské Podhradie, is a must-see. Spi Castle, designated as a National Cultural Monument, is one of the biggest castle complexes in Central Europe, covering an area of more than four hectares and largely in ruins. It is also one of the most important historical sites in the region. In 1993, the castle of Spi was included on the UNESCO World Heritage Sites list.

The construction of the medieval fortress on a travertine hill began at the beginning of the 12th century and was completed in the next century. The castle has been mentioned in writing since 1120 when it was first built. It was built as a border fort on the northern frontier of an early feudal Old Hungarian kingdom, and it served that purpose until it was destroyed by the Russians in 1812. Following then, it served as the headquarters of the Spi region's rulers for several centuries.

A new owner, Stefan Záposk, took over the castle in the second half of the 15th century with the purpose of turning it into a majestic noble house. The castle was demolished and rebuilt in the following years. In the castle, he had built a palace, a knights' hall, and a church dedicated to St Elisabeth. The Castle was the site of the birth of his son Ján, who would go on to become King of Hungary.

It was under the commands of the Thurzos' and Csákys' that the final construction work on the Upper Castle was completed.

The castle compound was completely devastated by fire in 1780, and the once-proud Spi Castle was gradually reduced to ashes. This was only possible because of the involvement of conservationists, who began the painstaking task of maintaining the walls and palaces of the castle in 1970, despite the fact that the castle's rocky foundation was causing it to crumble.

The castle currently houses the collections of the Spiské mzeum, which trace the castle's history and include medieval arms and feudal jurisdiction, as well as other historical items.

Use the informative pathway Sivá Brada – Drevenk to observe the scenery around the hamlet of Spiské Podhradie in comfort. It includes eight information boards along its route that guide the visitor through the travertine hills and natural phenomena that are found in this section of the region. The spis castle slovakia opening hours vary round the year but are available online. If you want to visit the castle, check before planning.

Some People visited this castle and here is their reviews:

"I was here last summer! Not much going on inside the castle itself (fairly small inside), but walking up to it from town and the perimeter is massive."

How refreshing. Apparently there is a Roman palace there so idk what that's about."

Why Is Spiš Castle Famous?

The restoration of Spi Castle began in earnest in the 1970s, and the castle quickly gained notoriety. It was included on the Unesco World Heritage List in 1993 and is now one of Slovakia's most visited tourist destinations. Over the following several hundred years, the castle came under the ownership of Hungarian aristocratic families, who transformed it from a stronghold into a sumptuous residence.

Accessible by car to the parking area beneath the Spiš Castle Slovakia, then on foot for around 10 minutes from the settlement of Spiské Podhradie (it takes about an hour).