A Squirrel Plays With Kid's Toy In The Neighbor's Playground 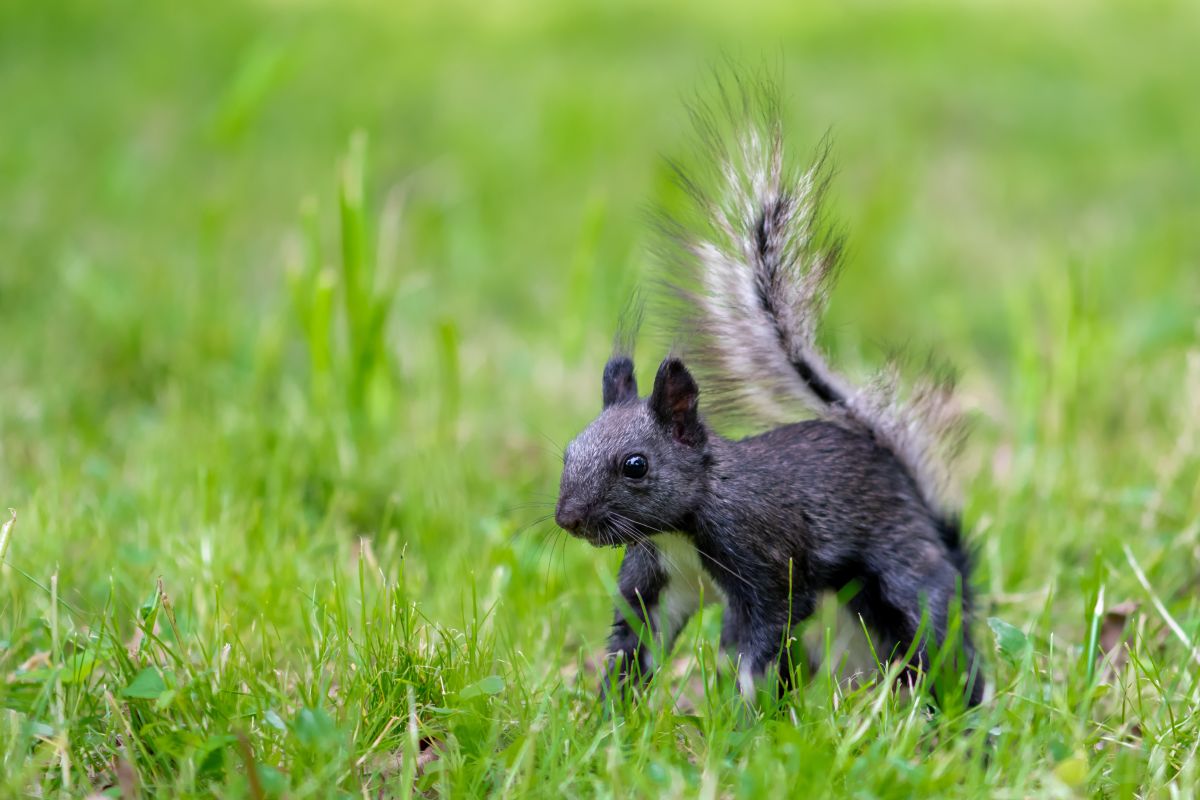 Squirrel plays with kid's toy - Who says squirrels love both nuts and balls? Well, you can't believe that this family of rodents caught on video surveillance loves to play and roll with a kid's ball in the green grass of the backyard. In this article, you will be able to learn more about this very cute creature. You may see the photos and video below.

Someone on Reddit who goes by the name allmyquatloos was on the phone at home when they saw something in the backyard that looked interesting. Throughout this video, you can see the squirrel having a great time and enjoying himself. They confirmed that they do not own the squirrel, but that they simply observe it roaming the neighborhood.

Reddit's Comments About This Adorable Squirrel

"That ball made his day. And he made ours." - Ol_Three_Putt

"This is the biggest nut I have ever seen said by the squirrel." - PanicWorking4315

"Runs out to buy a ton of balls in hopes that I can get a squirrel to play in my yard." - Midnight_Mints

"I would not have thought squirrels would play like that." - Idratherhikeout

"Wow, that's incredibly adorable, I wonder where it learned it could do that though, poor thing probably slipped trying to stand on a ball previously haha!" - Speedspecter

"Not me over here wishing squirrels would play in my yard then remembering I have 2 psycho german shepherds that barge out the back door and romp around the backyard like they own the place." - DrRobertNevilles_Dog

Things To Consider When Petting A Squirrel

A squirrel is a wild animal. A Squirrel plays with kid's toy is really entertaining to watch as it runs around. However, you should remember that these kinds of animals are not domesticated animals. It means they are not kept at home and live along with humans.

They carry a variety of diseases that they can transmit to you through bites and scratches. It's common for squirrels to carry diseases like typhus and leptospirosis. They also carry fleas and ticks which can spread the diseases to other people. While you are unlikely to get these diseases from a distance, the risk of getting them when you touch a squirrel is much higher.

Petting a squirrel is against the law in some states. There was a time when squirrels could be kept as pets but keeping them as pets is now considered illegal in the majority of states. In most regions, keeping a squirrel will demand the obtaining of appropriate permits and licenses for wildlife rehabilitation.

Squirrel teeth keep growing indefinitely till the squirrel dies. Squirrels must chew and chew and chew to keep them away. This means that everything in your house will have to gnaw marks on it or will be completely damaged. Your bookshelves, couches, and ears are all in danger.

They have a pair of razor-sharp claws. They can climb trees with ease thanks to their sharp claws. They try to climb up your arm so they can get on top of your shoulder. Your skin is going to be ripped apart. The sharp claws of a squirrel can scratch you if you don't wear special squirrel garb suits when you play with them.

Even if you can't get a squirrel to pet, there may be other ways to interact with it. If you want to interact with squirrels, you should not do so right away. Often, squirrels can get into homes through roof vents, air ducts, and other things. They can do a lot of damage to your home and yard that can be very costly to fix. Finally, the best way to show respect and enjoy a squirrel is to just look at it in the wild.

They're cute and friendly little dudes. Squirrels, on the other hand, are generally friendly animals. In fact, many have grown accustomed to living in human environments, and some will even eat directly from people's palms! Some of the most sociable squirrels even allow their human companions to dress them up in costumes.

What Does The Squirrel Eat

Squirrels are omnivorous animals which means they eat both vegetables and meat. Some of the main foods that squirrels like to eat are seeds, nuts, and fruits that have been moldy. Insects, caterpillars, small animals, and even baby snakes can also be eaten by them, as long as they have the chance to do so.

Squirrels won't bite you unless they think you're being a threat to them. How likely is it that a squirrel bite will make you sick? Squirrels are very rare carriers of the virus and have not been known to cause rabies in people.

If you try to touch or grab it, it will likely do everything it can to get away. Probably, the squirrel will be afraid and stressed out by this. It might even attack you or bend its body in a way that hurts it. This is not good for the squirrel.

Why Do Squirrels Have Orange Teeth

The teeth's enamel is what gives them their orange hue. Color differences between the upper and lower sets of teeth are not uncommon. As a result, the enamel on the front teeth wears away more quickly than the enamel on the bottom teeth, resulting in a lighter color.

How Do You Gain A Squirrel's Trust

Put out food on a daily basis to help your fragrance become associated with mealtime. Because you are a dependable source of food, the squirrels will come to rely on you as a source of food. Designate a safe outside location, such as a porch nook or a garden, for your children to play. Maintain a consistent feeding schedule every day to prevent them from wandering off in search of rewards.

How Can You Tell If A Squirrel Is Happy

According to experts, licking is a means for them to express their affection for one another. Consider this action to be similar to the way a dog expresses affection. They will lick your legs, face, hands, and other parts of your body. Pet squirrels purr as a sign of contentment and satisfaction, similar to how cats purr.

You've reached the conclusion of the article. Thank you for taking the time to read and watch the video. The charming and incredibly attractive squirrel is seen playing with a kid's ball in the video. As they watch that video, many online users are delighted and entertained. Is it possible that you're one of them?

You could be tempted to buy this one after seeing a squirrel playing with a children's toy. If that's the case, you should think about the assertions mentioned above and be prepared for certain issues that may arise as the wild squirrel adjusts to its new surroundings.