Star Wars Fans Are Surprised After Spotting ‘Lightsaber On Mars’ 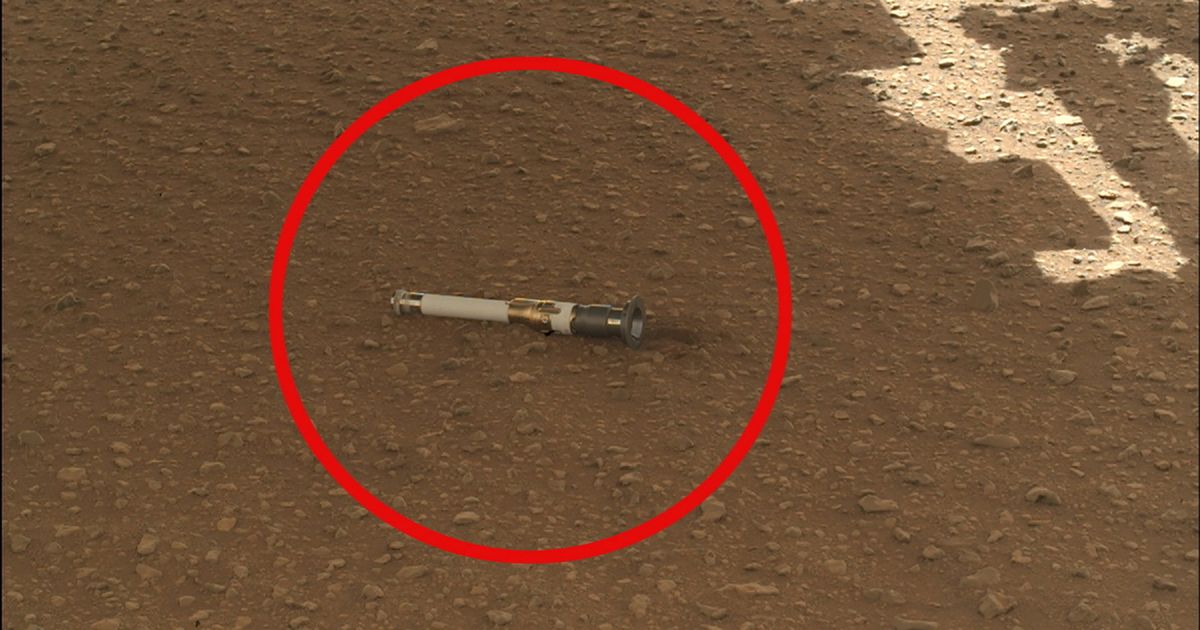 Star Wars fans are surprised after spotting ‘Lightsaber on Mars’. Fans of science fiction who have been keeping up with NASA's latest trip to Mars are pretty sure that the space agency has been getting ideas for its equipment from the movie Star Wars.

Photos taken by NASA's Perseverance Mars rover appear to show what appears to be a lightsaber resting on the planet's red surface.

Since lightsabers aren't genuinely real and NASA wouldn't send a mission to Mars to leave a store of the weapons on the planet's surface, it is obvious that it cannot be a lightsaber.

The more closely you examine it, though, the more it resembles a lightsaber, that graceful weapon from a more civilized era that became the emblematic weapon of Jedi Knights and Sith Lords.

It's possible that someone at NASA has never seen Star Wars and accidentally created something that merely resembles a lightsaber, but it's much more likely that the agency employs a number of sci-fi fans who have enjoyed the opportunity to incorporate a little bit of their favorite franchise into their work.

Star Wars fans are surprised after spotting ‘Lightsaber on Mars’. One joked that "someone dropped their lightsaber" after spotting the item, while others joined in to add that it'll be a pleasant surprise for people to learn "150 years from now when we forget about this."

Star Wars enthusiasts who saw the item instantly piled in to make their references. What it is, exactly, is a titanium tube that NASA claims contain a rock sample that the rover has left behind on the surface of Mars.

The rover will lay down a total of 10 tubes onto the surface of the red planet, with extras stored away in case any of the other samples it has previously collected don't return to Earth.

If you've ever wanted to use a genuine lightsaber (and hopefully not slice off your own limbs while spinning it around and making whoosh noises), you may soon be able to realize your wildest aspirations.

A weapon known as the "protosaber" was previously created; it functions and looks like a lightsaber but needs a large battery pack to be carried around to keep it charged.

Unfortunately, we still haven't figured out how to make a lightsaber that can last long enough to have a huge, dramatic fight scene straight out of Star Wars because it only operates at maximum power for 30 seconds.

Star Wars fans are surprised after spotting ‘Lightsaber on Mars’. The object on Mars is a slender metal tube with a hefty end that could be a handle, and it unmistakably resembles a "lightsaber." Additionally, it features a narrower side that can serve as the blade portion.