Statue Of Slave Trader In Bristol Replaced With BLM Protester

The statue of slave trader Edward Colston that was pulled down in Bristol has been replaced by one of a Black Lives Matter protester.

It was only a matter of time before the bronze Colston was pulled down, it’s just remarkable that it took so long to do so. Eventually, during the Black Lives Matter protests, it was toppled and now it’s been replaced by something pretty powerful.

A statue now stands on the plinth – that once hosted the slave trader – of a Black Lives Matter protester, which was made by Marc Quinn, who named it ‘A Surge of Power’.

The woman who the statue is based on is Jen Reid, who stood on top of the plinth once the original statue was pulled down and showed her support for the movement by throwing her fist in the air. Quinn said he was able to “crystallise” the moment with his resin statue.

A statue of a Black Lives Matter protester has replaced a monument of a slaver.

Demonstrators dumped the statue of Edward Colston in the UK’s Bristol Harbour in June. The new statue was installed secretly overnight with a plaque saying: “Rejected by the citizens of Bristol.“ pic.twitter.com/SVLh89NwBt

‘A Surge of Power’ was erected in the early hours of the day in a pretty hush-hush mission from the artist, who was joined by photographer and filmmaker Hassan Akkad. Just before 6am, the latter declared the mission a success, as they managed to fly completely beneath the radar of police and government officials.

Quinn, who is known for a number of works immortalising protests surrounding police killings of black people, told The Guardian: 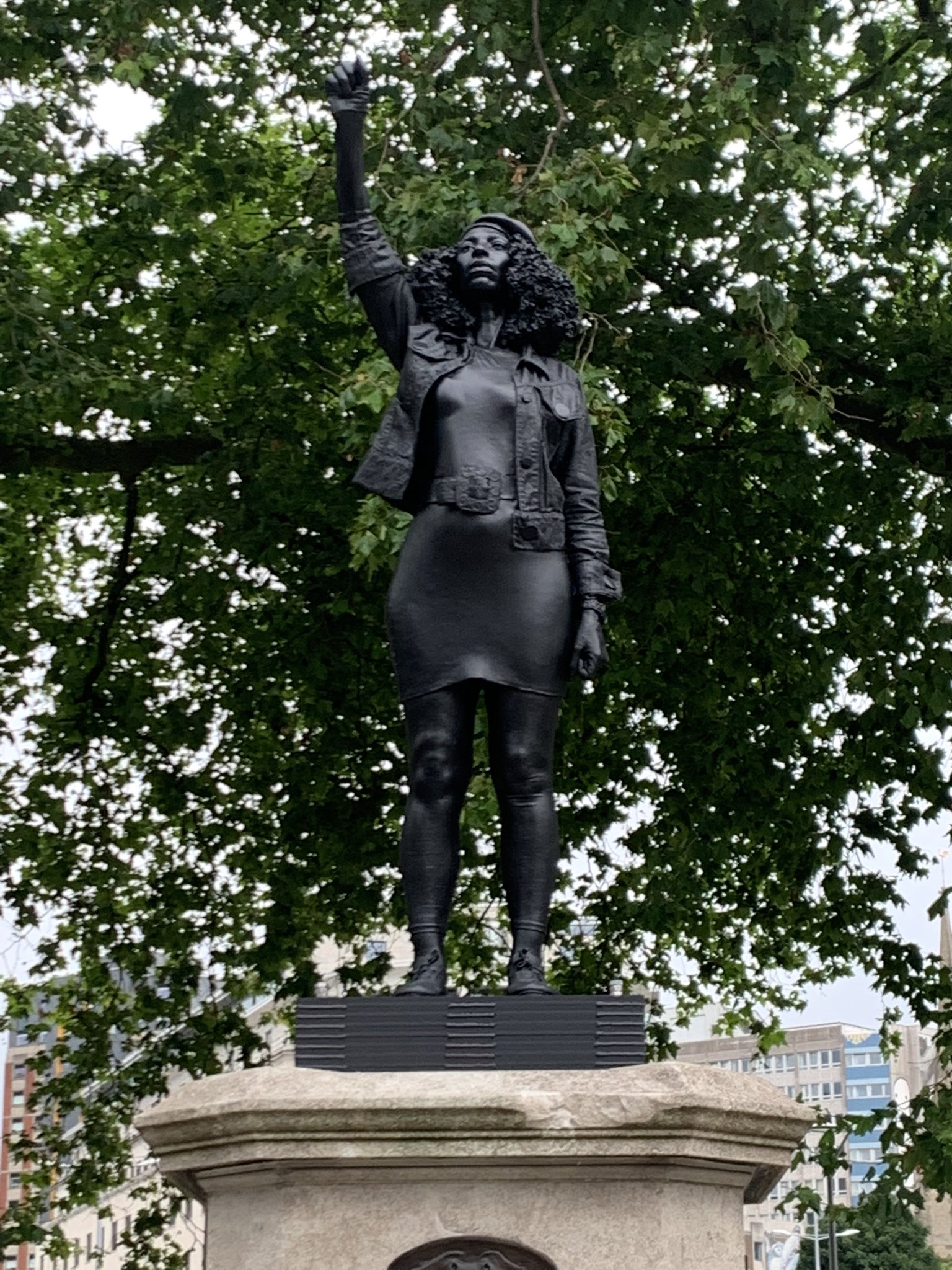 There is now a movement to see the statue stay where it is indefinitely, though I’d argue that it should probably be replaced by one made out of bronze, and not plastic? With that said, I don’t know anything about the world of sculptures. There must be a reason more aren’t made of plastic, right?

Quinn made clear that he made the statue extremely difficult to remove, though I’m not sure if he means figuratively or not. It could just be fastened on really tight.

We’ll see. Hopefully it stays where it is.