Stormzy joined the Black Lives Matter protests in London as he showed his solidarity with the cause that has blighted the world for so long.

The Black Lives Matter protests have been taking place all over the world, with various celebrities taking part in the peaceful protests, with many even making speeches.

Last week, John Boyega made a powerful and impassioned speech in Hyde Park, saying that he may be ruining his career but he doesn’t care because “black lives have always mattered“.

It’s remarkable that these protests are necessary at all, but the sad truth is that they are. Another man who is more than aware of this – and has made his thoughts on the matter abundantly clear before – is UK grime artist Stormzy. 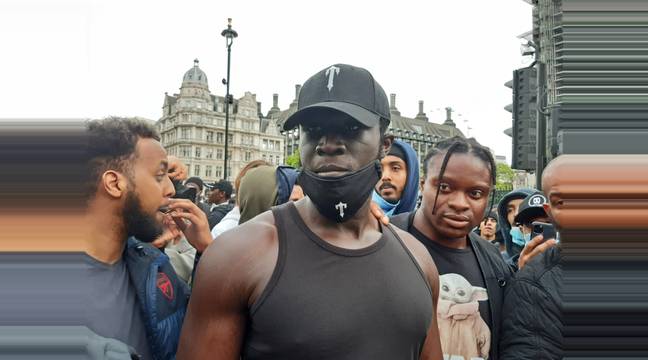 The 26-year-old musical artist joined the crowds of protesters in Parliament Square yesterday on the 7th of June, where he liaised with other people supporting the movement.

Fitness trainer Armz Korleone was there with Stormzy, as told Metro that he was just there to ‘peacefully support a positive movement’.

Despite the general vibe that it was in fact Stormzy at the protests, many people seemed to think that it was actually just a guy who looked a bit like the rapper.

“This actually was Stormzy however! Just bad angles! He was protesting beside my friends and I for like 20 minutes and he spoke to us about the protests n speeches, though whenever people asked he would refuse selfies. Exact same gold/silver tooth and exact same voice“.

Meanwhile, at a protests in Hyde Park, Star Wars actor John Boyega made a speech, saying:

“We have always succeeded regardless. And now is the time. I ain’t waiting.

“Look, I don’t know if I’m going to have a career after this, but f*ck that.