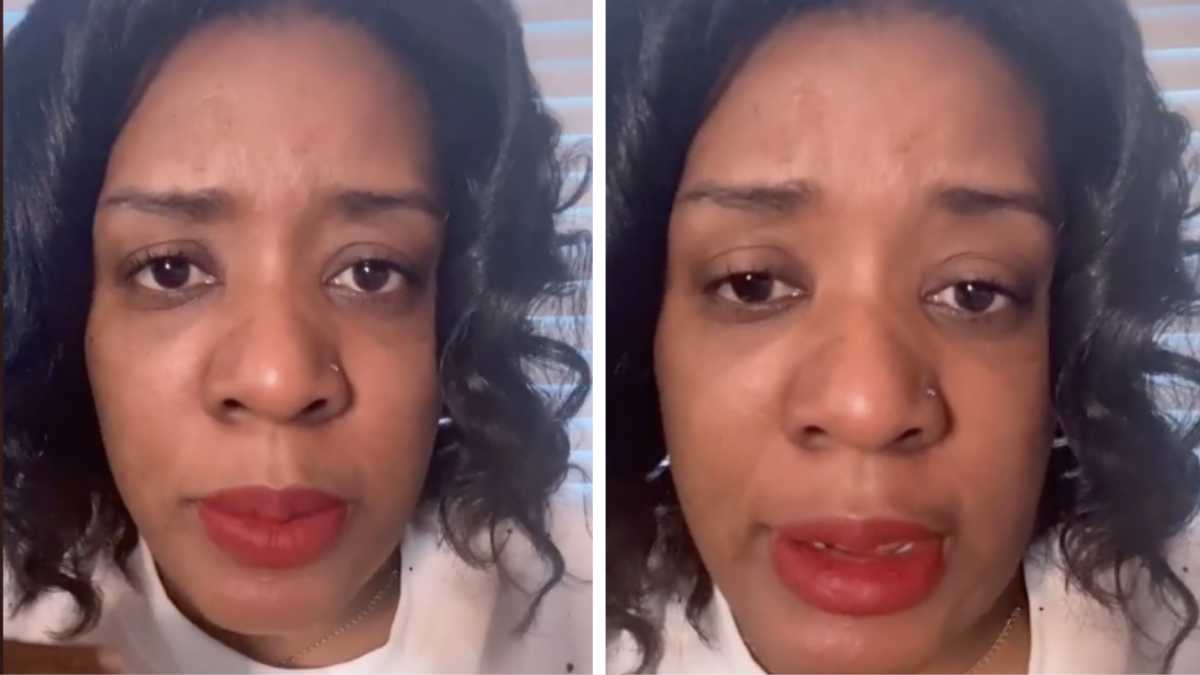 A mother feel so terrified when she was warned by the school authorities about the strange man picks up her daughter and realizing it was her without a wig!

The school administrators notified the mother known as Shanta that an unknown man was bringing up her daughter from school every day.

She claims her heart began "pounding outside of her chest" and TikTok is laughing along with her.

The video is really funny and has gained more than 1.3 million likes on TikTok, where it has gone viral.

She freaked out like any parent would have. "I couldn't stop trembling," Shanta said. 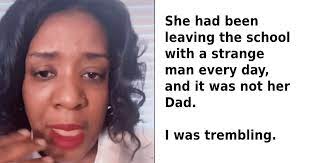 On the left is Shanta, a mother who was worried about the mysterious man and on the right side is her statement

"I've always made it a point to tell the school that if my daughter leaves with someone outside of ourselves, that they need to contact us immediately," she shared.

They gave her a description of the stranger.

"He was tall, stubby, looked like he was out of shape, his hair was fragile, he had a light mustache," she recalled them telling her.

"I asked them did they have any proof. They sent over a photo. My heart started beating. I started whimpering. I was shocked," she mentioned.

She feared looking at the picture of the man who was responsible for dropping off and picking up his daughter from school every day. She took a close look at him and realized she was looking at someone she was familiar with.

In the video, she can be heard exclaiming: "It was me without my wig! It was me y’all!"

She couldn't have been happier with the outcome.

The video has been viewed by more than 4 million individuals, every one of whom found it to be humorous in their own way.

She was also relieved to a great extent.

Crystal Ann Fresquez: "I’m so sorry you had to go through this on top of having just surviving a heart attack and stroke."

Mabel: "This is the funniest thing I’ve seen all day."

Your_Girl_Miranda: "I was concerned and then I am laughing so hard I can’t breathe."

Blessed1: "The great thing about this story is that it was you, and your daughter never left with someone else."

kenyonamurphy1: "I have so many questions. Why did they let her leave with him the first time without contacting you? And you have a head full of hair w/o a wig?

Angel: "I was all concerned, you had me so good haha. This is great, God bless always sweets."

claudiawilliams470: "You have a great sense of humor. God bless! now I must laugh hysterically...apologies, but you are so funny!

Darrellblackandblue: "This is a very big message that when all of us leave the house we should look as close to our best as possible We can't be casual or half done!"

The Reality Of Child Abduction Or Kidnapping 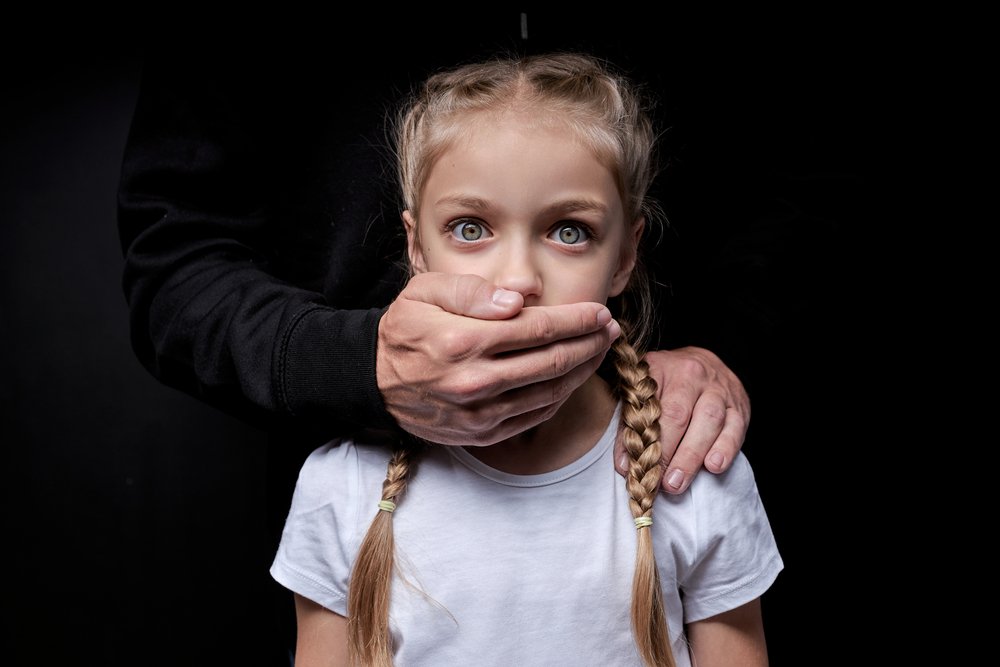 In the dark, a man places his hands on the mouth of a young girl

The hilarious Tiktok video about the strange man picks up her daughter taught us the reality of kidnapping or abduction that typically occurred in a school setting.

The majority of children who are reported missing have either run away or had a misunderstanding with their parents about where they were supposed to be at the time of the report.

Most of the kids and teens who are kidnapped are taken by a family member or a friend. Only 25% of kids are taken by strangers.

A lot of kidnappings happen when they are in their teens or early 20s.

What Should A Child Do When Approached By A Stranger

Keep your child's safety by reminding him of the rules: "If someone approaches you, stay away from him, turn around, and go inside the house or school to find an adult." "Help!" you should tell your youngster in the unusual event that a stranger should come up behind him and touch him.

What Time Do Most Kidnappings Occur

Abductions do place on a daily basis, thus if you are a parent, possessing this type of information could perhaps protect your child from being kidnapped.

A report from the National Center for Missing and Exploited Children outlines the three times throughout an ordinary day when kidnappings and abductions are most likely to take place.

What Are The Effects Of Abduction

Child abduction, often known as child stealing, is the act of removing someone away from their home without their will.

Child abduction, particularly abduction by a parent, frequently results in the child becoming increasingly fearful, confused, and distrustful of his or her parents.

When Should I Talk To My Child About Stranger Danger

It is important for a child to learn about Stranger Danger, just like learning to look both ways when crossing the street.

Start teaching them about people who aren't their friends as soon as they start school.

Thank you for reading this article. The author hopes you find it entertaining and informative.

The mother who was so terrified in the hilarious video is relieved after she knew that the mysterious man in the picture was her without a wig.

If you are a mom, keep an eye on your child while he or she is at school and instruct them not to go with someone they do not know.