Stranger Things season 4 is on the way as the new trailer has dropped.

The end of season 3 left us begging for answers, but it looks like season 4 is on the way to ease out nerves, featuring Hopper back in the fray. 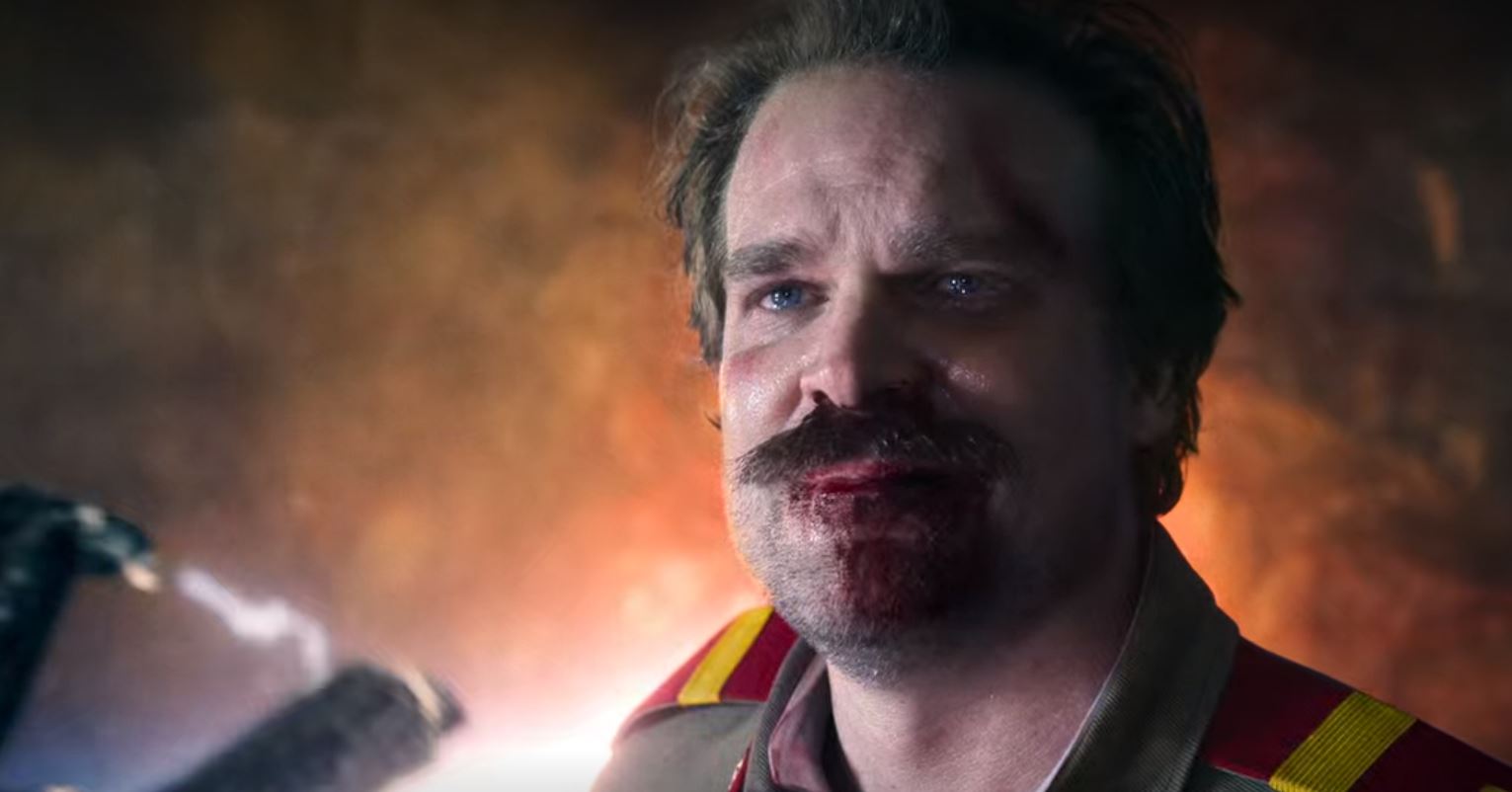 The trailer for Stranger Things season 4 has come when none of us expected it, but it’s a welcome break from the norm as it shows Jim Hopper back, albeit as some sort of slave in what looks like Russia.

Have a watch of the trailer from Netflix…

It doesn’t tell us an awful lot about what we can expect from the series, but by all accounts, there will likely be an audacious attempt to rescue the sheriff from the clutches of The Soviet Union.

Rumours that season 4 is due to film in Lithuania are rife, with Netflix allegedly using the same set that HBO used for their harrowing miniseries Chernobyl.

Millie Bobby Brown also revealed on an Instagram Q&A that filming was to begin filming around now, saying:

“Soon! Early this year for sure and v excited ab it.“

When will Stranger Things end?

The upcoming season will apparently be split into two parts, with season four, part two acting as a standalone run, as the Duffer Brothers intend to stretch out the remaining story before closing the book on the series entirely (although there will probably be a follow up in 15 years time with the same actors coming back to sort things out, IT Chapter 2-style).

There is also speculation that Stranger Things season 4 will have more of a Christmas theme, with it supposedly being released in late 2020.

A Christmas setting would give Stranger Things 4 its own unique identity and would also make sense for Netflix to ‘gift’ a new season of their most beloved show to their subscribers (think about the amount of merch they’ll be able to sell). We can already imagine families across the nations sitting in-front of the TV together – bloated from the turkey and pigs in blankets – watching brand-new episodes of their favourite eighties-set show.

Never mind all of this; most importantly, a Christmas setting would also make sense for the characters. After the Byers and Eleven left Hawkins at the end of Stranger Things 3, a festive setting would make the perfect excuse for all of our favourite characters to reunite.

It’s most likely that the Byers would return to Hawkins for this period as we don’t think Jonathon and Nancy would be able to spend the holidays apart.