Stranger Things Season 4 - The Darkest And Most Expensive One 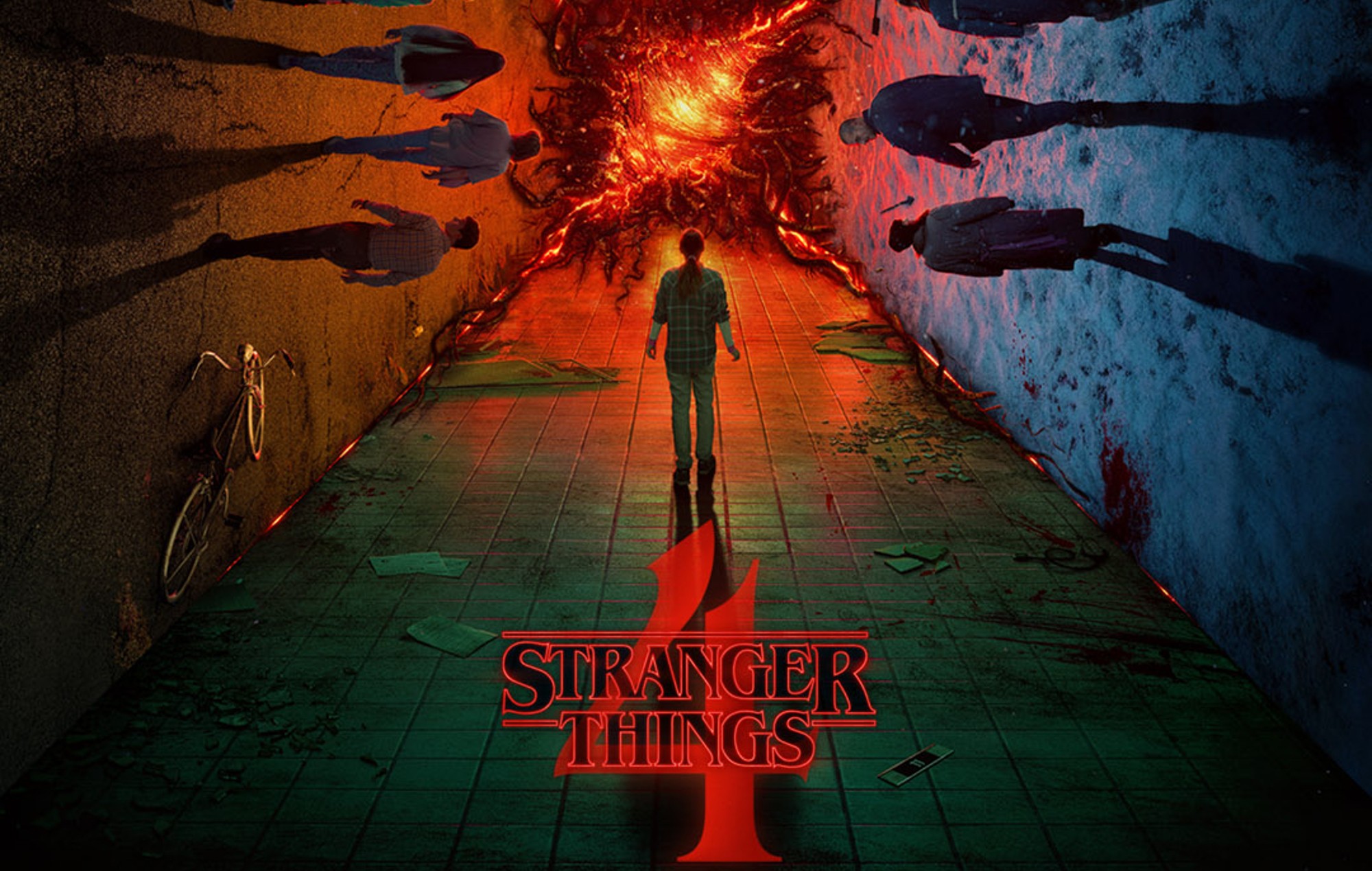 Stranger Things season 4 trailer is out now and many avid fans of the said TV series could not contain themselves and showed their appreciation to the recent trailer of the series. The trailer was posted a few weeks ago on Youtube but already garnered 20 million plus views. Stranger Things season 4 is set to be one of the most costly TV shows ever filmed, according to a new industry report.

Stranger Things hasn't had a new episode since before the pandemic, in July 2019. It's no wonder that fans are excited to see footage from the upcoming fourth season. Season 4 Part 1 will be available on Netflix on May 27, with the second half following on July 1. A trailer for the upcoming season was released a few weeks back which gave fans chills. So if you are wondering why this much awaited netflix tv series is so popular, maybe it would be better to get to know more of this series.

Stranger Things is a Netflix original science fiction horror drama television series developed by the Duffer Brothers. Along with Shawn Levy and Dan Cohen, the brothers act as showrunners and executive producers. On July 15, 2016, Netflix launched the series. Stranger Things was created by the Duffer Brothers as a mix of investigative drama, horror, science fiction, and childlike sensibility. The Duffer Brothers based the series on the 1980s pop culture while drawing inspiration from Steven Spielberg, John Carpenter, Stephen King, H. P. Lovecraft, anime, and video games. They were also inspired by weird Cold War experiments and real-life conspiracy theories involving covert government experiments.

Stranger Things In A Nutshell 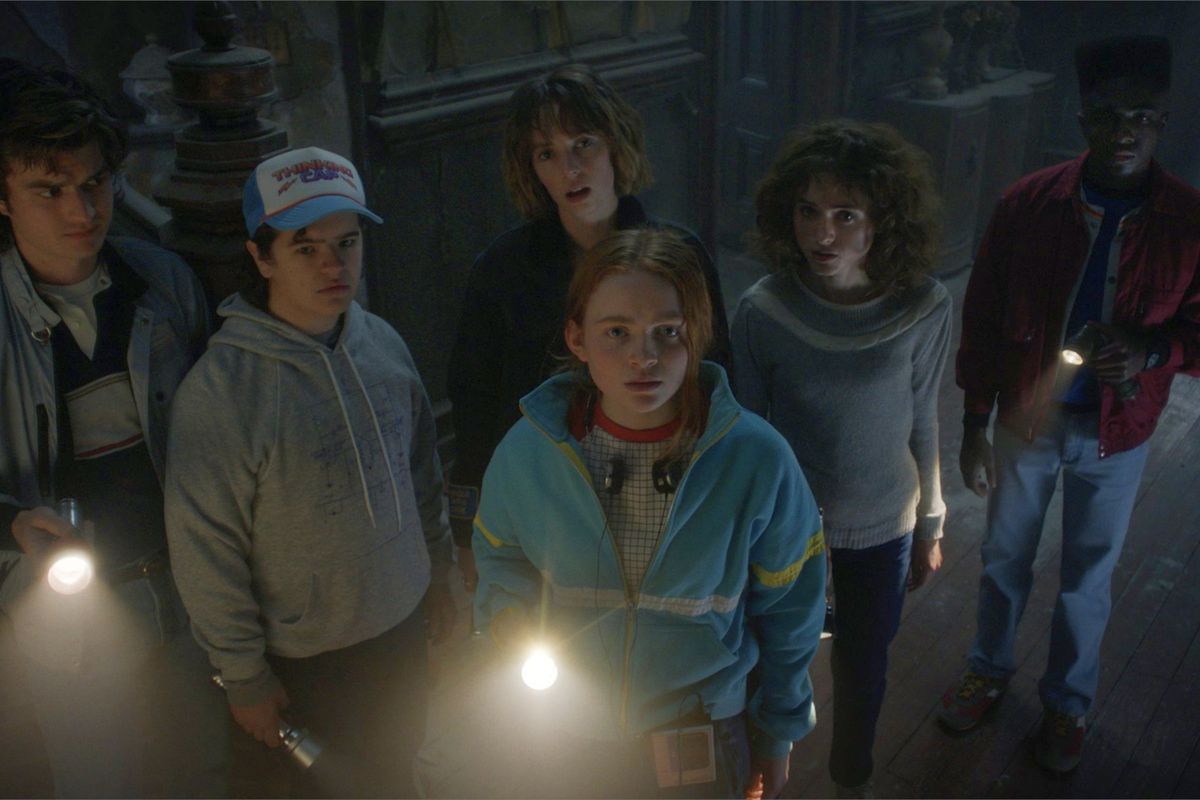 Stranger Things is set in the early 1980s in the fictional rural town of Hawkins, Indiana. The neighboring Hawkins National Laboratory nominally conducts scientific research by the US Department of Energy, but it also conducts paranormal and supernatural operations, including those involving human test subjects. They have unintentionally established a doorway to an other reality known as "the Upside Down." The Upside Down's influence begins to have disastrous effects on Hawkins' unaware citizens. 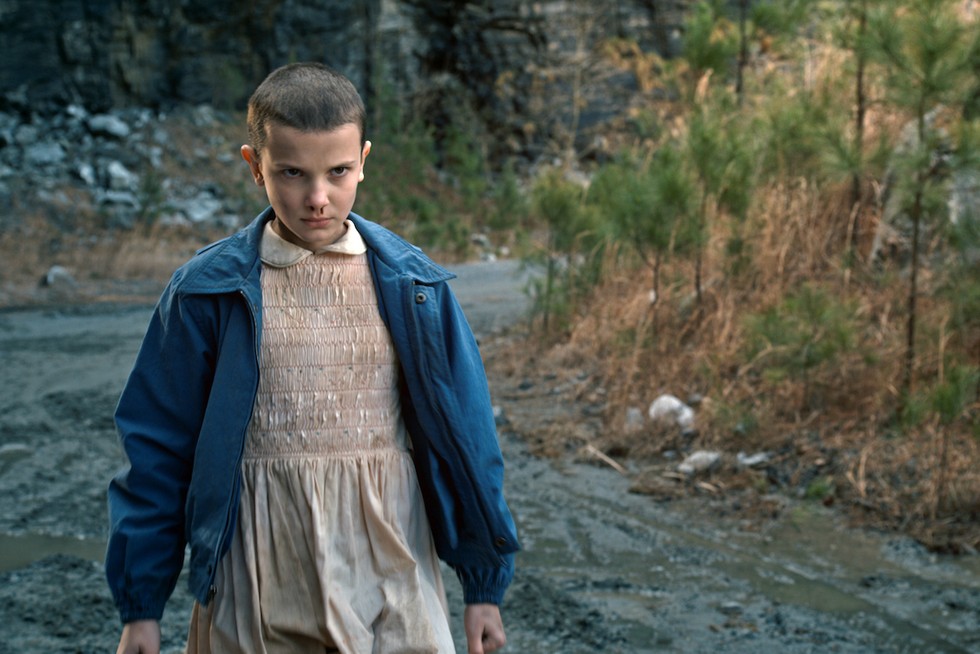 A young psychokinetic girl, Eleven breaks out of the laboratory in a scene in season 1

The first season begins in November 1983, when a creature from the Upside Down abducts Will Byers and takes him to its realm. Joyce, his mother, and Jim Hopper, the chief of police in town, are both looking for Will. Will's pals Mike, Dustin, and Lucas make their own search for Will while at the same time, a young psychokinetic girl who goes by the name Eleven breaks out of the laboratory where she was being held and helps them in their search.

The events of the second season take place one year later, beginning in October of 1985. Will has been saved, but very few people are aware of the specifics of what happened. Will's friends and family understand that there is a wider threat to their universe posed by the Upside Down as it is discovered that Will is still being impacted by beings from the Upside Down.

The events of the third season take place a few months later, in the days leading up to the celebration of Independence Day in the year 1985. Residents of Hawkins have made the new Starcourt Mall their primary shopping destination, which has caused the majority of the city's other stores to go out of business. While Hopper is still focusing on taking care of Joyce, he begins to have growing anxiety regarding the bond between Eleven and Mike. Unbeknownst to the citizens of Hawkins, a top-secret Soviet laboratory buried beneath Starcourt is working on a plan to unlock the entrance to the Upside Down. If successful, this will enable beings from the Other Side to possess residents of Hawkins, thereby introducing a brand new threat to the town.

The Latest - Stranger Things Season 4 And What To Expect

Thank goodness, the pandemic situation is getting better. The long wait is over and after a few years of waiting, season 4 is finally here. So what are we expecting in this season?

If past Stranger Things seasons delivered wonders, season 4 will provide all sorts of nightmares. The trailer, which debuted during Netflix's Stranger Things Day celebration, provides an unusually sunny glimpse at the normally gloomy-looking series. Eleven, Will, Jonathan, and Joyce have been in California for quite some time. Finally, we get a look at their new home and the horrors that await them. See the trailer below.

One of the plot's "broad strokes," according to Matt Duffer, is the main center of action being shifted out of Hawkins, Indiana, for the duration of the season, a series first. He also stated that the various loose ends left by the season three finale, such as Hopper's supposed death and Eleven being adopted by Joyce Byers and relocating with her new family out of state, will be addressed during the fourth season. The Duffers later expounded on their prior remarks, claiming that the fourth season's "epic" triptych format played a major role in its exaggerated length. They compared it to HBO's Game of Thrones because of its massive scale, length, and newer, more mature tonal shift, as well as the fact that their characters were spread over several faraway regions.

Another aspect that contributed to the show's greater length was the Duffers' stated objective of eventually providing answers to the series' long-simmering backstory, which they had been progressively exposing like "layers of [an] onion" over the last three seasons. Halfway through the fourth season, Matthew and Ross realized they'd need a ninth episode to cover all of their planned plot points, which Netflix "immediately accepted." During the first season's development, the duo created a twenty-page dossier for Netflix that detailed the show's universe, including what the Upside Down is. Material from that document, in turn, dictated certain plots while creating the season. The Duffers wanted to spend more time in the Upside Down this season because the third season's narrative afforded them little opportunity to do so.

Because the fourth season is the longest-running season produced thus far, the Duffer Brothers and Netflix decided on a two-volume release strategy. In a letter issued by Netflix, the Duffer Brothers claimed that they wrote over 800 pages of conversation and action across the season's nine screenplays, and that the fourth season is nearly double the length of any of the prior seasons. 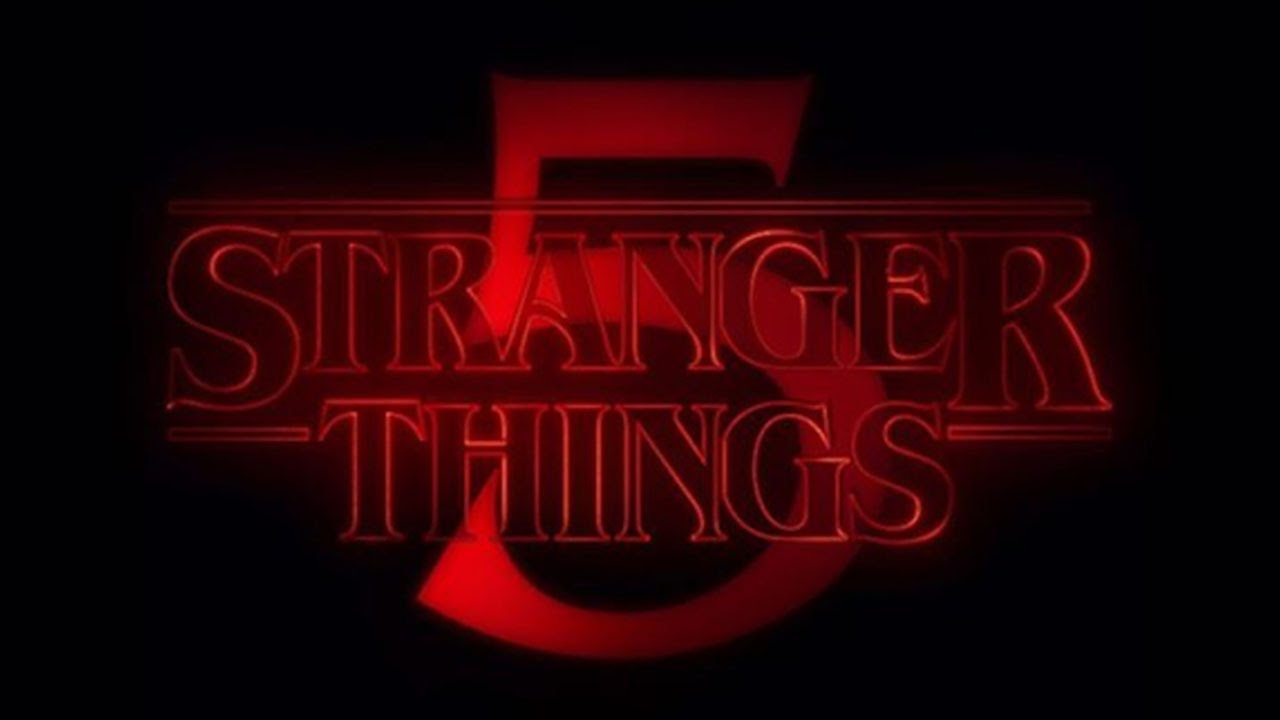 The logo of Stranger Things 5

Fortunately, no! Season 4 will be split into two volumes, but it will not be the last time we see our favorite gang. It's easy to see why some people might assume that, given that Netflix shows like Ozark and Grace and Frankie have had their final seasons split into two volumes. Fortunately, Stranger Things will continue to tell stories in the future. Even though Season 4 is not the final season, an endgame has been determined. Stranger Things Season 5 will be the final one. Netflix has already officially renewed it, so you don't have to worry about the show abruptly ending or leaving us hanging on a major cliffhanger.

For the time being, we can enjoy season 4 knowing that the show will return for at least one more season. Following that, it's likely that there will be some Stranger Things spinoffs, though nothing has been officially revealed. It's unlikely that Netflix will let one of their biggest smash shows go without at least one sequel.