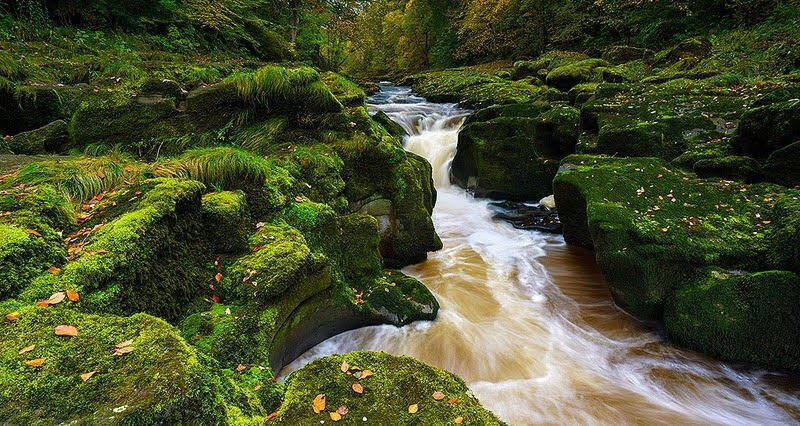 The Bolton Strid, a picturesque stretch of Yorkshire's River Wharfe noted for its quaintness, is only six feet wide. This stream in UK named the Strid has 100% fatality rate and it is unfathomably deep.

If you're looking for a romantic river to dip in or somewhere to wander and think, the River Wharfe in the Yorkshire area of northern England is the place to do it! 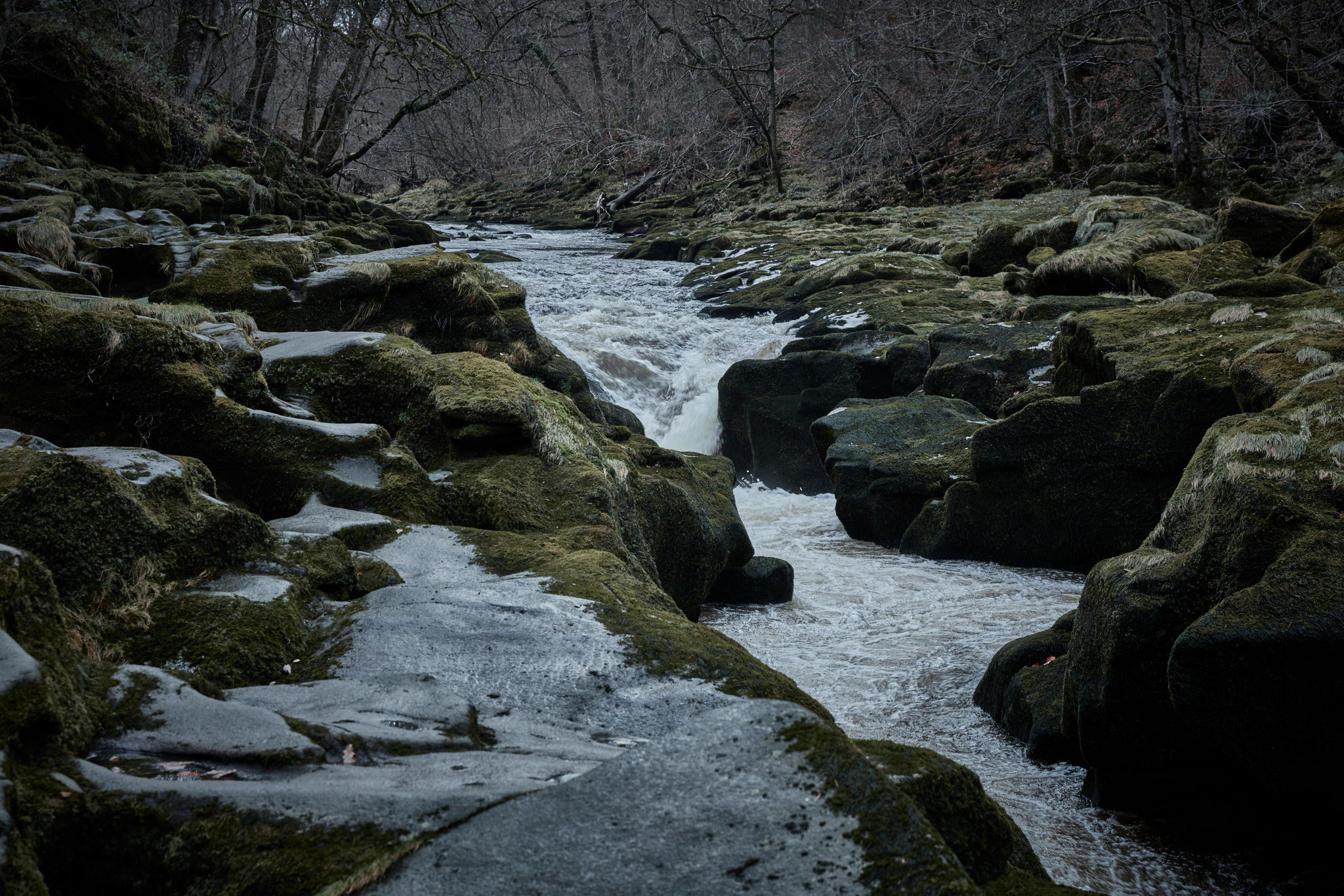 It goes beside the picturesque Bolton Priory, which dates back to the 12th century.

However, the river has a storied past that may have been used for a horror film, particularly in the section near the priory known as the "Bolton Strid."

It certainly doesn't appear to be a murder weapon but this stream in UK named the Strid has 100% fatality rate and is termed as the deadliest stream on the planet. That is HORRIFIC!

The Bolton Strid has all of the charms of a lovely rural stream, burbling along amid moss-covered stones in a forested stretch of Yorkshire, England, and boasting all of the natural beauty of the English countryside.

Its banks are barely approximately six feet apart on either side.

What Is It About The Bolton Strid That Makes It So Dangerous?

However, this particular stretch of water is also highly dangerous, with some locals stating that anyone unfortunate enough to fall in while attempting to leap over it will die instantly.

“The Strid is dangerous and has claimed lives in the past. Please stand well back and beware slippery rocks.” reads a sign near the bank.

The rate at which the stream narrows accounts for a significant portion of the risk of the strid deaths.

Immediately above the mouth of the Bolton Strid, when the river is around 30 feet wide, the water is calm and simple to flow.

Nevertheless, due to a peculiar geological feature, the river is abruptly constricted at the Bolton Strid, funneling hundreds of gallons of water into a narrow channel no more than six feet wide.

In response, the water moves faster and thrashes in all directions, from left to right, up to down, and in every direction, producing bubbles and whirlpools to form that can swiftly suffocate a human being.

It is the beauty of the Strid that, according to Dr. Carolyn Roberts, Professor of Environmental Studies at Gresham College in London, may easily trick people who are not familiar with the area into a false sense of security.

According to Roberts, “Beautiful rivers can certainly be dangerous to humans – the Nile has lots of crocodiles, the Zambesi will push you over the Victoria Falls, and beware of swallowing water from the lower reaches of the Colorado,” Roberts told The Daily Mail.

“Whilst the Strid is also beautiful, and looks innocuous, it’s similarly deadly.”

According to Roberts, the Yorkshire Strid seems to be shallow on the surface, but beneath it lies a large network of caverns and fissures of sedimentary rock that will rip a human body apart in seconds if it comes into contact with them.

“Rather than carving a stately way through silt, [The Strid] twists and turns through flat and overhanging rocks falling over the edge of a limestone formation,” she said.

"Vortices in the flow will trap bodies under the water close to the bed or the sides, whilst the turbulence will render someone unconscious very quickly. It’s not a good place to play."

Has Anyone Dived The Strid?

The number of persons who have died in the Strid is unknown, and there are no actual figures to back up this claim. However, local folklore holds that no one who has dared to enter the waters has ever made it out alive. Despite this, the hiking route that leads people close to the Strid is still a popular spot to go about! 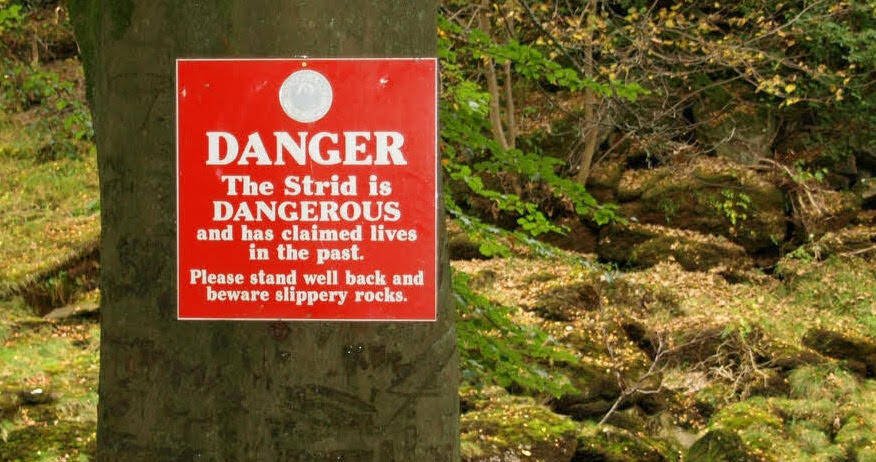 The Strid Is A Section Of The River Wharfe

The river is shallow and broad, measuring around 30 feet from bank to bank, a few yards upstream from the Strid.

The landscape, on the other hand, squeezes the river so closely that it is virtually flipped over on its side. The crevasse changes from being wide and shallow to being narrow and deep, a forceful wedge of water rushing down a crevasse filled with underwater caves and overhangs as it becomes narrow and deep.

The Bolton Strid is the name of the event.

Observed from above, the Strid looks to be a beautiful and peaceful creature.

You might, however, swiftly find yourself being swept into an underwater fissure or being beaten against the jagged cleft walls due to the current if you leap or fall in.

Deadliest Stream On The Planet

The Strid is referred to as "the deadliest stream on the planet," however no official death toll is kept for the stream by anybody.

The most well-known example involves a honeymooning couple who went missing in 1998 and were presumed to have perished when heavy rains swelled the River Wharfe, causing it to overflow.

The tumultuous stream has made its way into literary works.

It was in the early 1800s that William Wordsworth wrote about the Strid in his poem "The Force of Prayer," which tells the story of a little child who attempts and fails to cross the stream.

It was also memorialized in the short novel "The Striding Place," written by American author Gertrude Atherton in 1896 and published in the magazine The New Republic.

Her words: “There was no lonelier spot in England,” she writes, “nor one which had the right to claim so many ghosts, if ghosts there were.”

"Wharfe is clear, and Aire is lithe;

The Most Dangerous Stretch of Water in the World: The Strid at Bolton Abbey, Yorkshire

The video provided above is now on Reddit too, people are really enjoying it. A person in this video shows how dangerous is this 'The Strid" Bolton stream and how it is causing the deaths of the people.

People are discussing the reasons that cause deaths in the streams.

"Why not throw a crash test dummy in and measure the impacts?"

"It's basically a network of tunnels with fast flowing water running through it which looks like a lovely stream above ground. They still don't know the extent of how much water is flowing through and have no way to map the tunnels.

The current is so strong it pulls a person, or more often a dog, under and into the 3D maze which is below the surface. Most of what falls in has never been recovered."

One thing is certain about the Bolton Strid, though: it is a spectacle. Its peaceful, tranquil exterior masks a violent, lethal underbelly under the surface. And This stream in UK Nnamed the Strid has 100% fatality rate...It is horrific but a must-visit place for adventure or DEATH lovers.