Super Smart Russian Man Claims That He Is From Mars 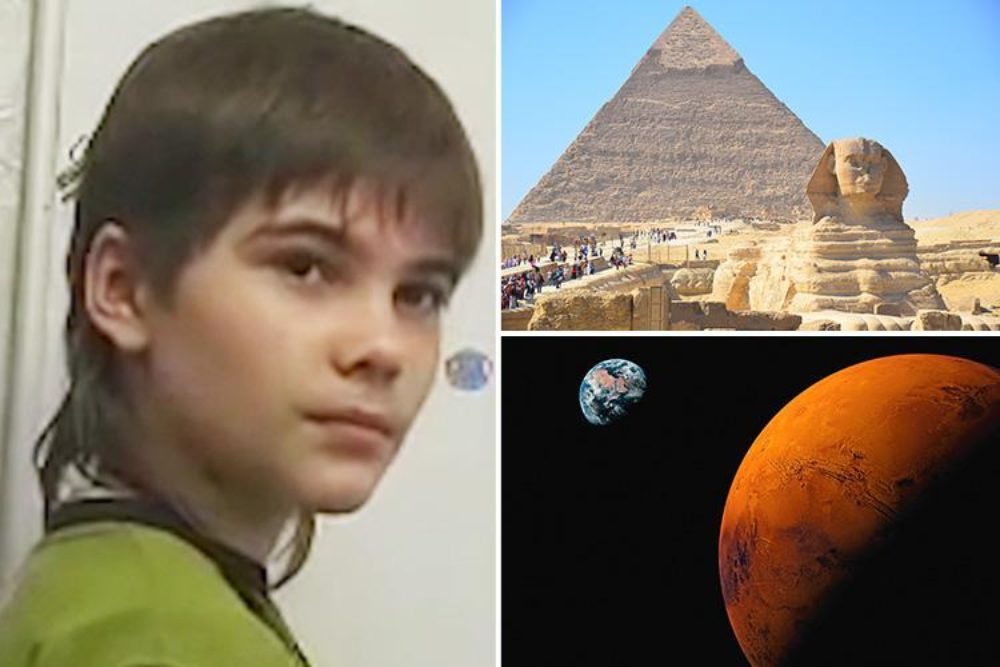 Since he was a little child, a Russian guy has astounded experts with his superintelligence. That super-smart Russian man claims that he is from Mars.

When did this happen? This happened in November 2021.

Boriska Kipriyanovich, a super smart Russian man claims that he is from Mars. He lives in the Russian city of Volgograd and is sure that he lived on Mars before he was born to a human mother on Earth.

Boriska, who is thought to be roughly 24 years old, has visited with several scientists, and they have all expressed amazement at his level of intelligence and planetary system.

I remember that time when I was 14 or 15 years old. The Martians were waging wars all the time so I would often have to participate in air raids with a friend of mine. We could travel in time and space flying in round spaceships, but we would observe life on Earth on triangular aircraft. Martian spaceships are very complicated. They are layered, and they can fly all across the Universe.

According to reports, her mother was always aware of her son's intelligence, and she even claimed that as a baby, he was able to support his head on his own.

She continued by saying that he started talking when he was only a few months old and that, amazingly, he could read and draw at the age of just one and a half. Very audacious assertions, we must admit.

His teachers at the nursery school were reportedly amazed by how well Boriska spoke, how well he could write, and how well he remembered things.

Boriksa would frequently start talking about Mars, space, and extraterrestrial civilizations when he was young, according to his parents, despite never having been explicitly taught about them.

He is said to have told his parents that there is still life on Mars, even if there was a big nuclear disaster there a long time ago.

Russian Boy Claims He Lived on Mars in a Past Life, and He Brought a Warning About Earth’s Future

According to Boriska, Mars-dwelling aliens breathe carbon dioxide, therefore, if they were to visit Earth, they would obviously need to bring some with them.

Boriska has insisted his entire life that he was once a Martian who visited Earth. He thinks there are many important mysteries to be discovered on Earth, including in the Great Pyramid of Giza, which he claims is concealing a significant secret. He also has a message for us Earthlings.

The human life will change when the Sphinx is opened, it has an opening mechanism somewhere behind the ear; I do not remember exactly.

Quite ambiguous, but not so ambiguous that we couldn't send someone to investigate, surely? Let's wait whether he is right or not.

Specialists from the Russian Academy of Sciences' Institute of Terrestrial Magnetism, Ionosphere, and Radio Waves are said to have photographed his aura, which is said to have been unusually strong.

He is supposed to have an orange spectrogram, indicating that he is a very happy person and that he was not a mental patient or mentally unstable. However, his current location, as well as the whereabouts of his mother, remain unknown.

Attempts by Western journalists to locate him have all been futile. According to one journalist, a Russian associate told him that Boris was now living in a remote village under the protection of the Russian government and that any attempt to contact him would be futile.

A super smart Russian man claims that he is from Mars, despite the fact that astronomers are still searching for signs of life there.

If you ignore his warnings, the boy warned, Earth will suffer the same fate as "his people." He claimed that there are additional survivors of the Martian Wars who have been sent to Earth to save humanity.