Sweden’s PM Has Been Tweeting The Wrong Liz Truss 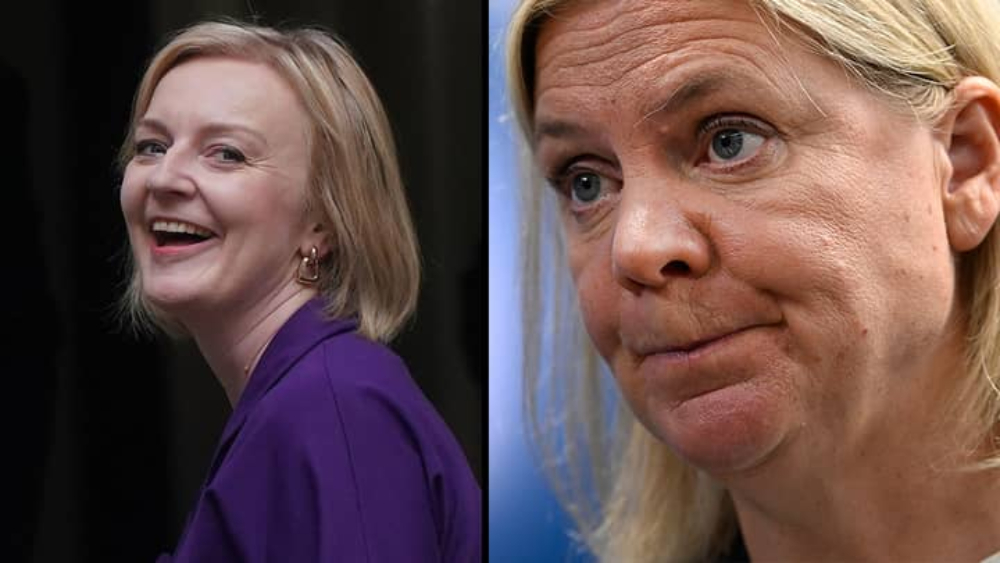 People are mistaking Liz Trussell, a woman on Twitter, for Britain's next prime minister, giving the lady her own John Lewis moment. Even, Sweden’s PM has been tweeting the wrong Liz Truss.

Earlier this week, the prime minister of Sweden and a select few other people appeared to be too eager to congratulate the incorrect Liz Truss on Twitter. It all started when Magdalena Andersson, the Swedish prime minister, sent a tweet to Liz Truss to say congratulations on her new job but she tweeted the wrong one.

Sweden’s PM has been tweeting the wrong Liz Truss, where she wrote:

Congratulations to @liztruss as she assumes the role of Prime Minister of the UK. Sweden and UK will continue our deep and comprehensive cooperation. Important for our citizens, economies and security.

Trussell took advantage of the opportunity to poke fun at the situation and started reacting to a huge avalanche of tweets that also confused her with Britain's newest prime minister, while Andersson swiftly realized her error and deleted the messages.

When someone replied to Lucas' tweet with, "And I bet she likes cake," Trussell seized the chance to contribute to the conversation by saying, I love cake." Andersson was one of the Twitter people who took the time to congratulate the incorrect Liz Truss on her achievement.

One user commented, "Many congratulations to @LizTruss well done. Show them all that the best man for the job is a WOMAN." Simply saying, "Preach sister," Trussell responded. 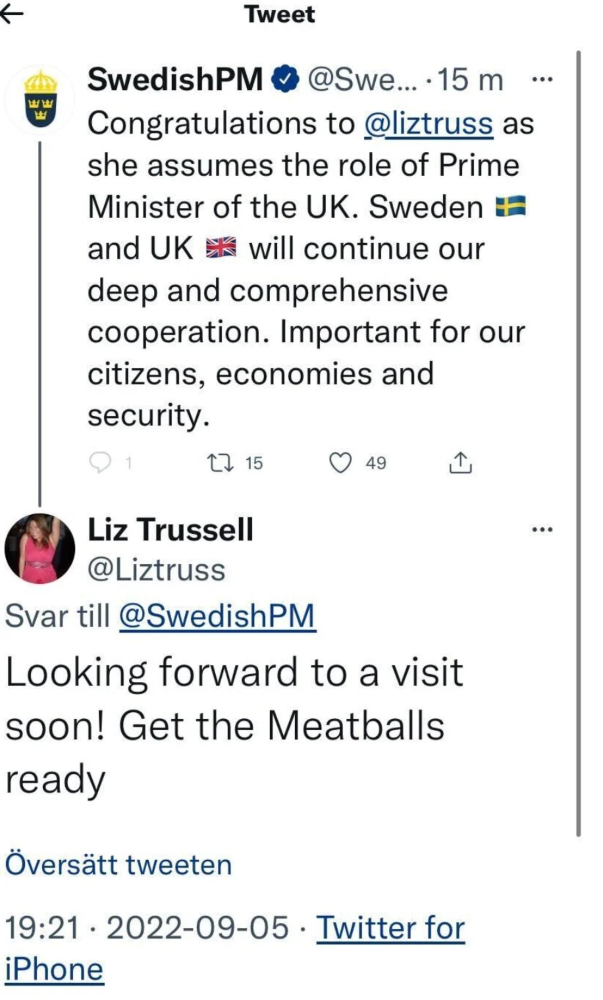 Liz Trussell who has the @LiztrussTwitter handle looks like an absolute hun! Can we please have her as PM instead?

"@liztruss if you give us maccies all day breakfast I’ll honestly be okay with you - promise," one user tried to mention the real Liz Truss on Twitter. They tweeted, "Wait f*ck, this isn’t actually Liz Truss," after realizing their error.

"Don't worry, I got you," Trussell retorted in a somewhat less than prime ministerial tone.

Sweden’s PM has been tweeting the wrong Liz Truss, the new Conservative leader of Britain. Liz Truss won against Rishi Sunak in the vote to succeed Boris Johnson as the leader of the Conservative Party and the country (September 5).