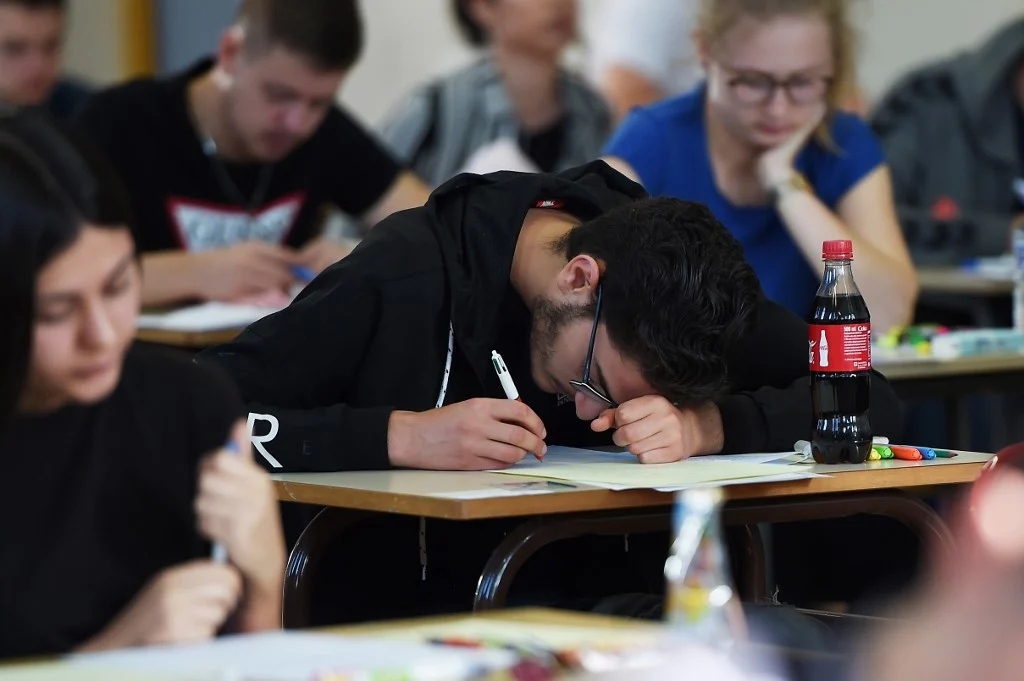 A teacher was completely fed up with pupils using their phones to cheat on examinations then that teacher creates ingenious exam question to find cheaters.

Today's cheaters carry a tiny calculator and a computer in their pockets where, assuming the teacher doesn't see them using it, thinking that they can quickly find the solution to nearly any question.

One instructor decided to give their kids a different kind of lesson after becoming frustrated with all the technologically based cheating.

That teacher creates ingenious exam question to find cheaters and give them the best lesson for cheating.

The suspicious teacher noticed that an unusually high number of students needed to use the restroom during tests, according to the Daily Mirror.

When a test was approaching, half the class would suddenly have to leave the classroom, as opposed to the usual one or two.

He came up with a plan to catch them after assuming that they must have gotten the information through illegal means.

The clever plan was to make a question that couldn't be answered and then put it on a test.

By that reasoning, anyone who was able to locate a planted answer online must have cheated to obtain it.

Those who passed the test with correct answers were told by email that they had been caught.

The fake question was intentionally submitted by the teacher on a website that some students use to get assistance with their homework and exam questions.

They would have assumed the teacher had no knowledge of the location, but as is frequently the case, he was far ahead of them.

Students said on Reddit that the instructor "purposefully made part B impossible to solve" and set up the scheme a month before the exam by having a teaching assistant with a Reddit account ask the precise question, which was carefully written to be different.

The teacher then created their own account and provided a fictitious response to the question.

It appeared to be correct at first glance, similar to what a student might say after sneaking a peek at their phone in the bathroom, but it was incorrect and would be obvious to a teacher who gave it careful consideration.

Since 14 of the 99 students who took the exam used the fabricated response, the deception was obviously successful.

Everyone who answered incorrectly received full credit for the question; those who got it right received a grade of zero and were reported to the institution for breaking the academic pledge they had signed.

Teacher creates ingenious exam question to find cheaters and put an end to cheating for good, so that students wouldn't break the rules on exams.

Take that as a lesson; cheats never succeed, unless you count inserting a fake question to expose someone as cheating, in which case, yes.