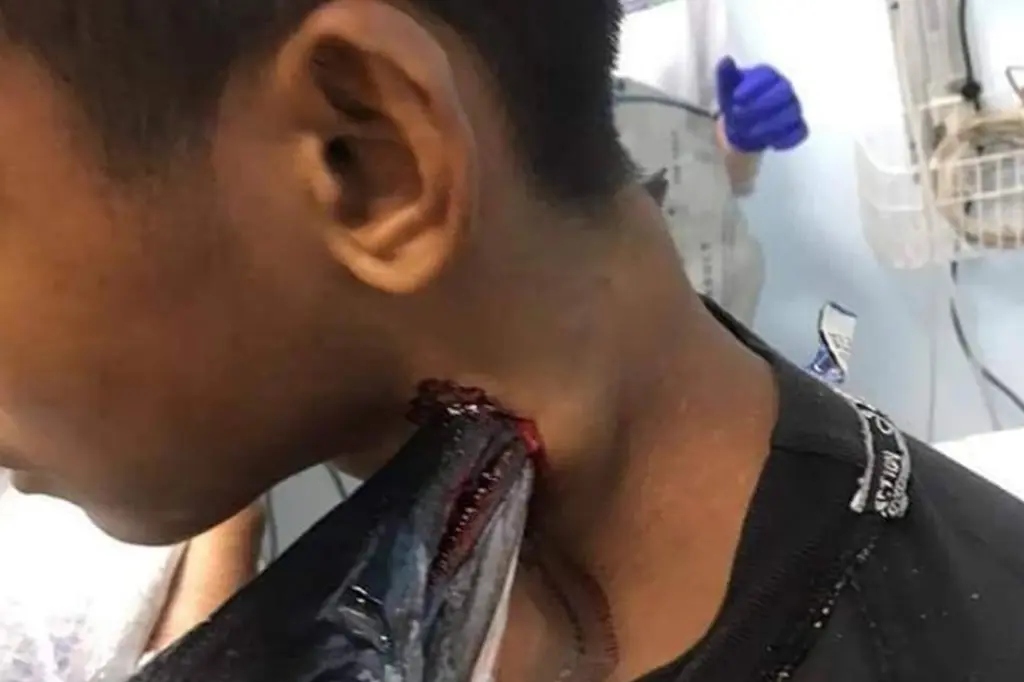 A young fisherman was stabbed by a needlefish while he was fishing in Southern Indonesia. Teen lucky to be alive after being speared through the neck by fish. How horrific is that!

Muhammad Idul, 16, and his family were out spearfishing in the seas near Wakinamboro village when a school of needlefish, a fish with a long snout and sharp teeth, began to jump out of the water.

One of the animals leapt into Idul's boat and stabbed him in the throat with its sharp nose, sending him into the sea. This gave Idul a closer look than he had planned.

The critter's needle-like nose wentuged all the way through the back of his neck and came out the other side, according to graphic images.

Idul, fortunately, managed to swim back to the boat and make his way home with the awful piercing still in place. But it was stuck so deeply that the teenager had to be rushed from a hospital in Southeast Sulawesi to one in Makassar. 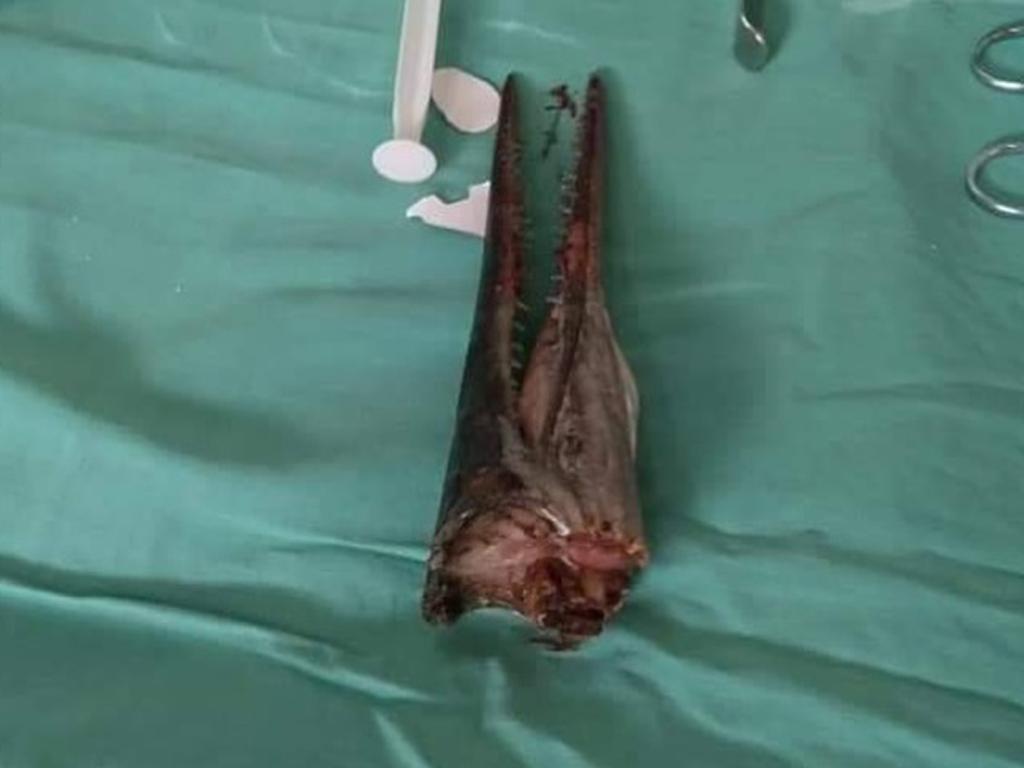 Needlefish upper body after the operation

It took a group of three surgeons and two anesthesiologists two painful hours to remove the fish's head from Idul's neck (gruesome photographs depict the complete head that was extracted from the operating table).

Even though it was a sad accident, the fish head's dangerous position helped stop the bleeding. Thankfully, the Indonesian teen lucky to be alive after being speared through the neck by fish.

It has happened before that a needlefish has flipped the script on a fisherman. A 10-year-old child in Hawaii lost his life in 1977 after a needlefish punctured his eye while he was out fishing at night with his father.

Also, Kriangsak Pengpanich, a cadet in the Thai navy who was 22 years old, died in 2018 after being speared during a training exercise.

The long, narrow jaws of needlefish are characterized by their sharp teeth, which they employ to snag smaller fish.

They can make quick leaps out of the water at speeds of up to 64 km/h when they swim close to the surface.

Some fishermen consider them to be more dangerous than sharks because they frequently jump over boats rather than swim around them.

Can Needlefish Hurt You?

Yes, they can. Schooling predatory fish known as needlefish are known to spring out of the water quickly. They have long, narrow jaws. Needlefish have been known to injure people numerous times, and these wounds can be more serious than their outward appearance would suggest.

Their pointed beaks can cause severe puncture wounds and frequently splinter inside the victim as a result. Needlefish are even more dangerous than sharks for many traditional Pacific Islander cultures, who fish from low boats on reefs.

Needlefish are usually harmless, but they will bite if they feel threatened, and they will often jump out of the water to do so.

Indonesian teen lucky to be alive after being speared through the neck by fish. Idul got better and was being closely watched to make sure she doesn't get sick. Syafri K. Arif, an anesthetist, predicted that he would be in the hospital for three to four days for complete treatment.