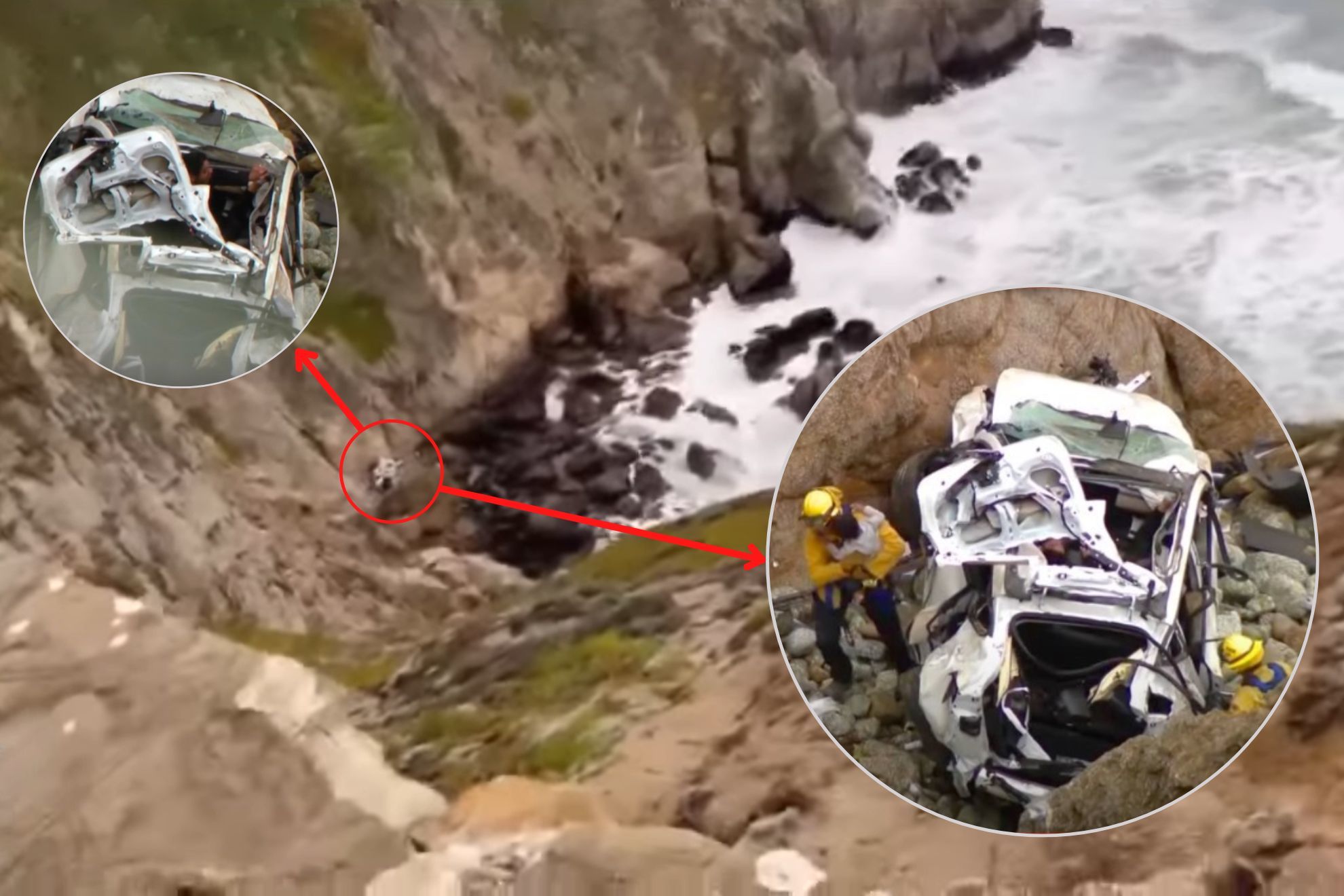 Tesla driver who plunged off 250-ft California cliff survives and is arrested. Two adults and two children were lucky not to get seriously hurt when their Tesla went over a cliff on California's Pacific Coast Highway and crashed on a rocky beach about 250 feet below.

The incident in which a Tesla driver who plunged off 250-ft California cliff survives and is arrested, happened on Monday (Jan 2) morning about 20 miles south of San Francisco at a place called Devil's Slide.

According to Brian Pottenger, battalion chief with Cal Fire's Coastside Fire Protection District, "We were very shocked" to learn that people in the car had survived the collision.

Accidents on that cliff are not rare. We do respond to a lot of vehicles on that cliff What’s rare is that we do not get a lot of survivors - surviving this type of accident is very rare.

A 9-year-old boy, a 4-year-old girl, an adult male, and an adult female were all found in the car, according to Pottenger. Both of the kids were buckled into car seats, which, according to him, remained secure and in their positions.

The four-door, white Tesla sedan reportedly left the road while it was southbound on Highway 1 between Pacifica and Montara, just south of the Tom Lantos Tunnel. They gave no justification for the collision.

According to a spokesperson for the California Highway Patrol, they don't think the Tesla's self-driving features were in use at the time, which they confirmed to CNN.

The damage to the vehicle would indicate that it hit, and then flipped several times. The car came to rest on its wheels. As we were doing that, we were able to notice movement in the front seat through the windshield. So we knew that we had at least one person that was alive.

Officials reported that the car's passengers were trapped inside the crumpled car. When the fire crew arrived, all four were awake, Pottenger said CNN.

The two kids were released by the crews, who then hoisted them up the cliff in baskets using a rope. Later, the two adults were lifted to safety by a helicopter from the California Highway Patrol.

The two adults received "non-life threatening injuries," according to the San Mateo Sheriff's Office, while the two kids were "unharmed."

According to Pottenger, the passengers of the automobile were sent to Stanford Medical Center for treatment. On Tuesday (Jan 3), there was no new information regarding their conditions.

According to authorities, a Tesla driver who plunged off 250-ft California cliff survives and is arrested as he did that in an effort to kill his family.

At Devil's Slide in San Mateo County on Monday, the driver, his wife, and their children all made it out alive and were rescued, according to the California Highway Patrol.