Thai Couple's Snail Dinner Made Them $28,000 Richer As They Found Melo Pearl In It 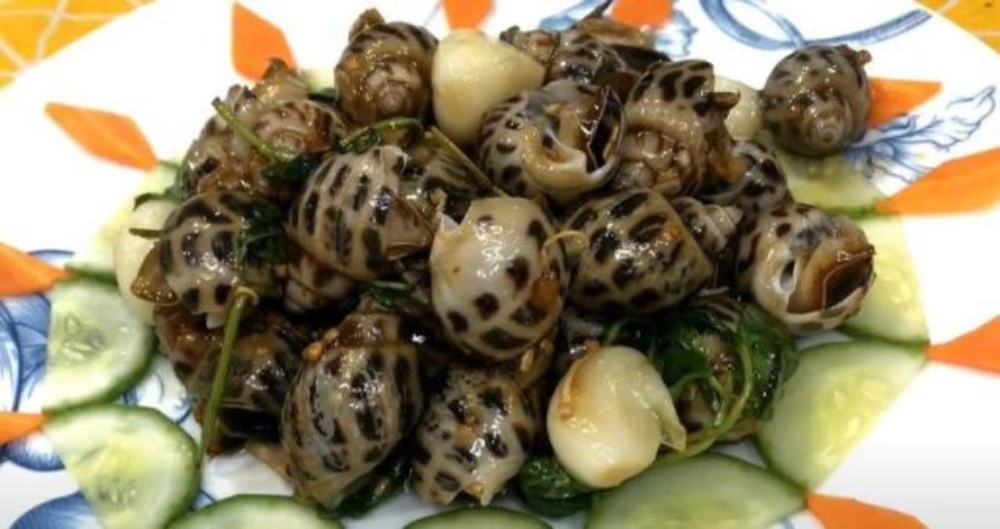 For a young Thai couple, winning the race wasn't so much about having the world at their disposal as it was about moving slowly and steadily after they discovered a valuable rare pearl inside a snail while eating seafood at a nearby BBQ restaurant. Thai couple's snail dinner made them 28,000 richer and that's how miracles work. 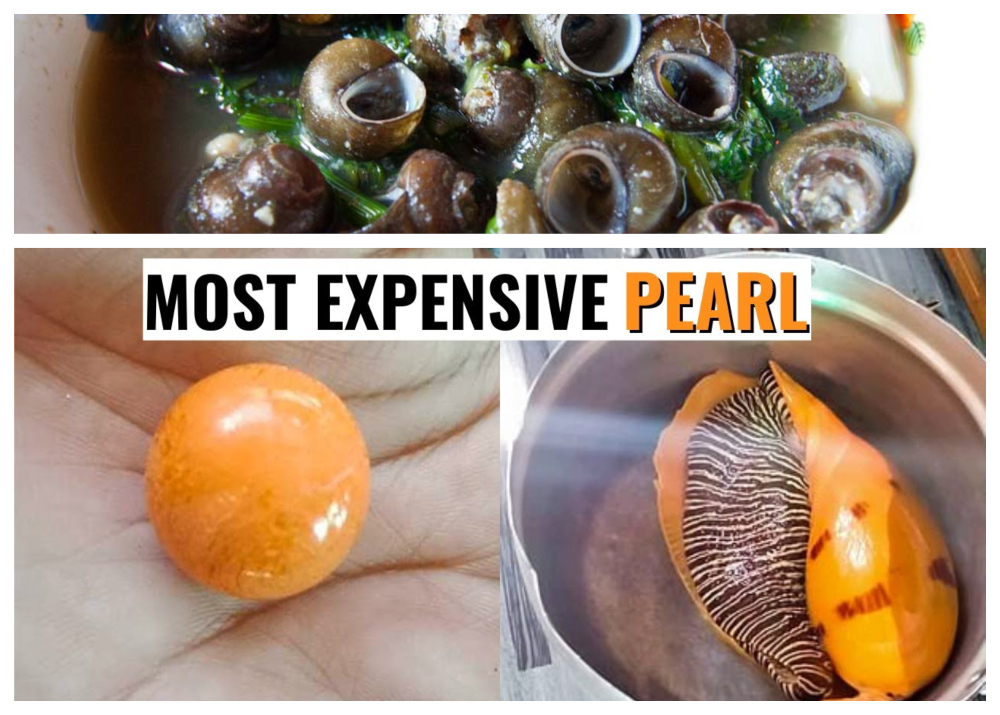 A Thai couple's snail dinner made them 28,000 richer. In a grilled spotted Babylon snail they were eating at a neighborhood BBQ restaurant in Phayao, Thailand, a couple found a rare Melo pearl.

A hard object that Patjariya bit on when she was eating a snail caused her to spit out a round, orange stone that looked like a pearl. The couple's eating companion made a joke about possibly becoming billionaires while remarking that the stone resembled a Melo pearl. And boom! That was actually a real Melo pearl.

The pair were startled to learn from online research that genuine Melo pearls can cost more than 1 million baht (about $27,747). The following day, the couple sent the pearl to the Chiangmai Testing Lab, where it was determined that it was a genuine Melo pearl.

It might take decades for Melo pearls, which are naturally orange to brown in color, to develop inside a Melo snail. Most of the time, they are caught in the South China Sea and the Andaman Sea, which are both near Burma.

They are also present in Vietnam, Myanmar, Thailand, and Cambodia. Sittidate posted about the pearl right away on Facebook and requested inquiries from prospective buyers.

Patjariya believes the pearl will solve her financial issues and help her pay off her family's debt.

The marine species "Volutidae," often known as the Melo snail, is where Melo pearls are found. The most sought-after tint of the orange pearls that come from the Volutidge range in color from brown to tan.

Melo Melo pearls are typically found in the South China Sea and the Andaman Sea, off the coast of Burma. Additionally, Cambodia, Thailand, Myanmar, and Vietnam are home to the Melo pearl.

A Melo pearl, also known as an Indian volute, is a giant sea snail with a natural pastel orange color. It is one of the most expensive and rarest pearls because only one in a thousand snail shells contains it. 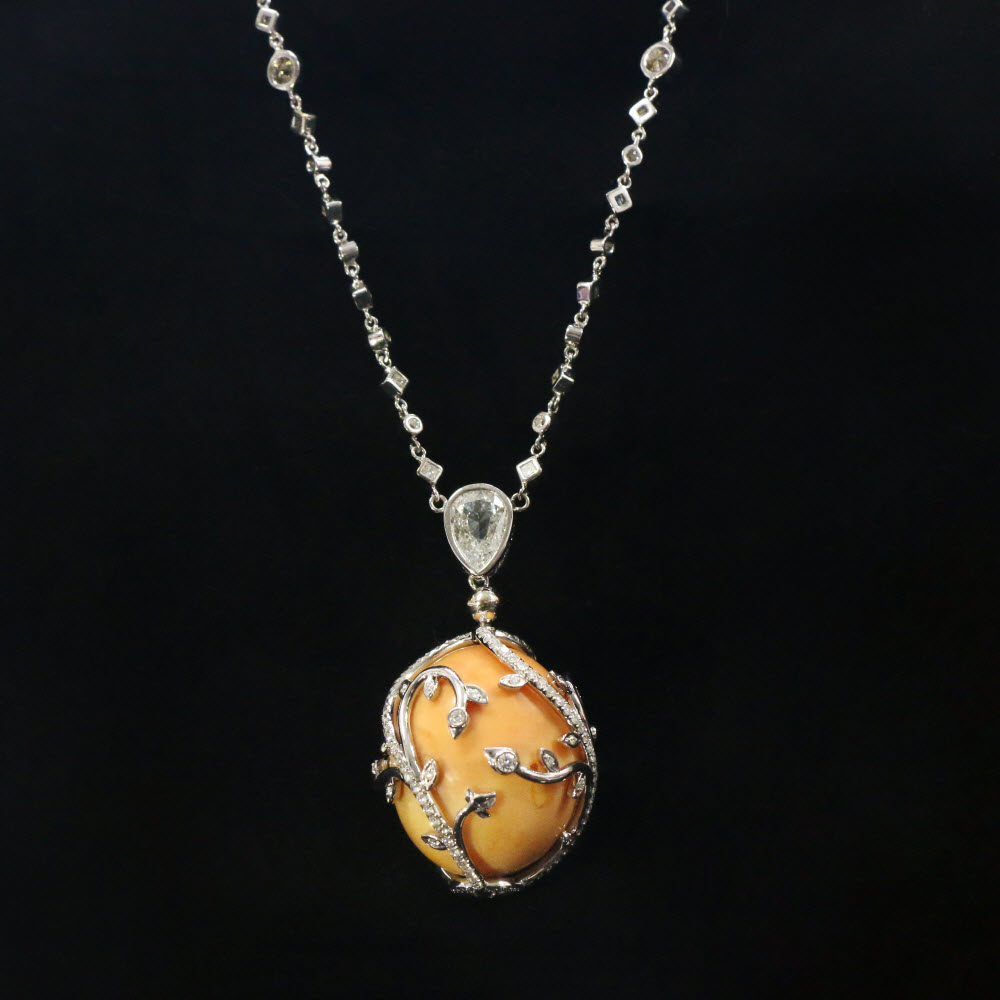 One Melo pearl typically costs between US$200,000 and US$250,000, or between 6 and 7.5 million Thai Baht. Melo pearls come in a range of hues, from pale yellow to orange, with orange being the priciest.

Orange Melo Melo pearls are highly sought-after for reasons other than merely their gorgeous color. Melo Melo is not a typical pearl since it lacks nacre. These gem pearls, on the other hand, have a gloss that resembles a flame because they are comprised of calcite and aragonite.

The Melo pearl's smooth, porcelain-like texture is another distinguishing feature. It resembles the conch pearl in appearance, but with its distinctive flame pattern. Like other pearls, a Melo pearl can lose its shine over time, but polishing it can bring back its shine.

Why Are Melo Melo Pearls So Hard To Find?

To call Melo pearls "rare" would be an understatement. The most valuable pearls are big ones that shine like porcelain and have warm orange undertones. These pearls take decades to form inside Melo sea snails.

The Melo Melo pearls' value was increasing due to their unusual nature. Some of the most sought-after gem pearls are in this Melo Melo. They take decades to develop into a wearable size and eventually take on the shape of an oval or pebble.

Finding a Melo pearl is not as likely to happen as finding a Queen Conch snail. A Volutidge has a one in a few thousand chance of generating a Melo pearl. Melo Melo pearls are very hard to find, which makes them a good choice for high-end jewelry.

Common settings include gold jewelry because it brings out the warm undertones in orange Melo Melo pearls. Since Melo pearls are natural stones, they can't be made in a machine like lab-grown diamonds can.

As you take into account that only 1% of Melo pearls have a flame-like pattern that moves over the stone's surface, resulting in the higher price and high value of the Melo Melo stone. 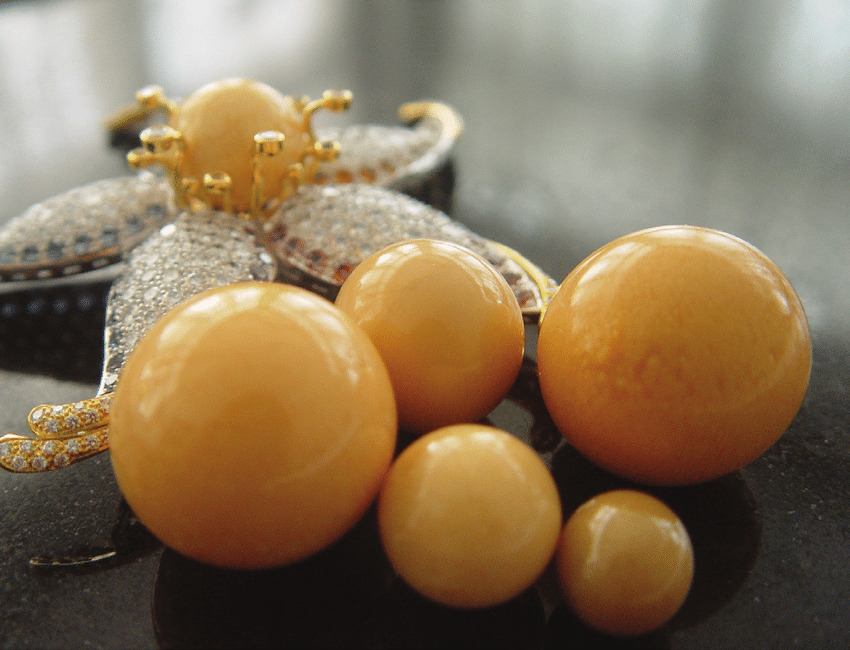 Melo pearls are measured using carat weight, similar to how diamonds are measured, unlike most pearls, which are measured by their size using millimeters. You should consider the flame pattern of the stone while contrasting Melo pearls. Depending on the lighting, some will appear to have a cat-eye effect.

The value of the Melo pearl will be determined by the flame structure. The Melo pearls are all unique. Like other pearls, the orange Melo pearl's charm lies in its uniqueness.

Similar to diamonds, the price of Melo pearls depends entirely on the features of the stone. A Melo pearl fetched $722,500 at Christie's in 2010, placing these exquisite pearls on par with diamonds.

It's not always easy to obtain Melo pearls. They have quickly become more valuable as collector's items, just like colored diamonds and other jewels.

How Rare Is The Melo Melo Pearl?

Melo Melo pearls take decades to form in these sea snails and can only be found naturally. That is why they are so rare in nature.

Where Do Melo Pearls Come From?

Melo pearls are made from the Volutidae family's Melo Melo mollusk, often known as the Indian volute or the bailer shell. This huge sea snail has a restricted range, preferring shallow areas and inhabiting the South China Sea.

Yes, they are quite expensive than normal pearls. Melo pearls vary in color from orange to tan to brown, with orange being the most valuable. They are often found in the South China Sea and the Andaman Sea, near Burma. They are made by snails called Volutidae that eat other animals.

A Thai couple's snail dinner made them 28,000 richer. Well, a lucky couple though. Here are some other couples who were lucky enough to get thousands or even millions of dollars.

NJ couple found a pearl inside a clam that was worth $100K and a Yorkshire couple found 400-year-old coins worth 250,000 under their kitchen floor. The world is full of miracles!!!