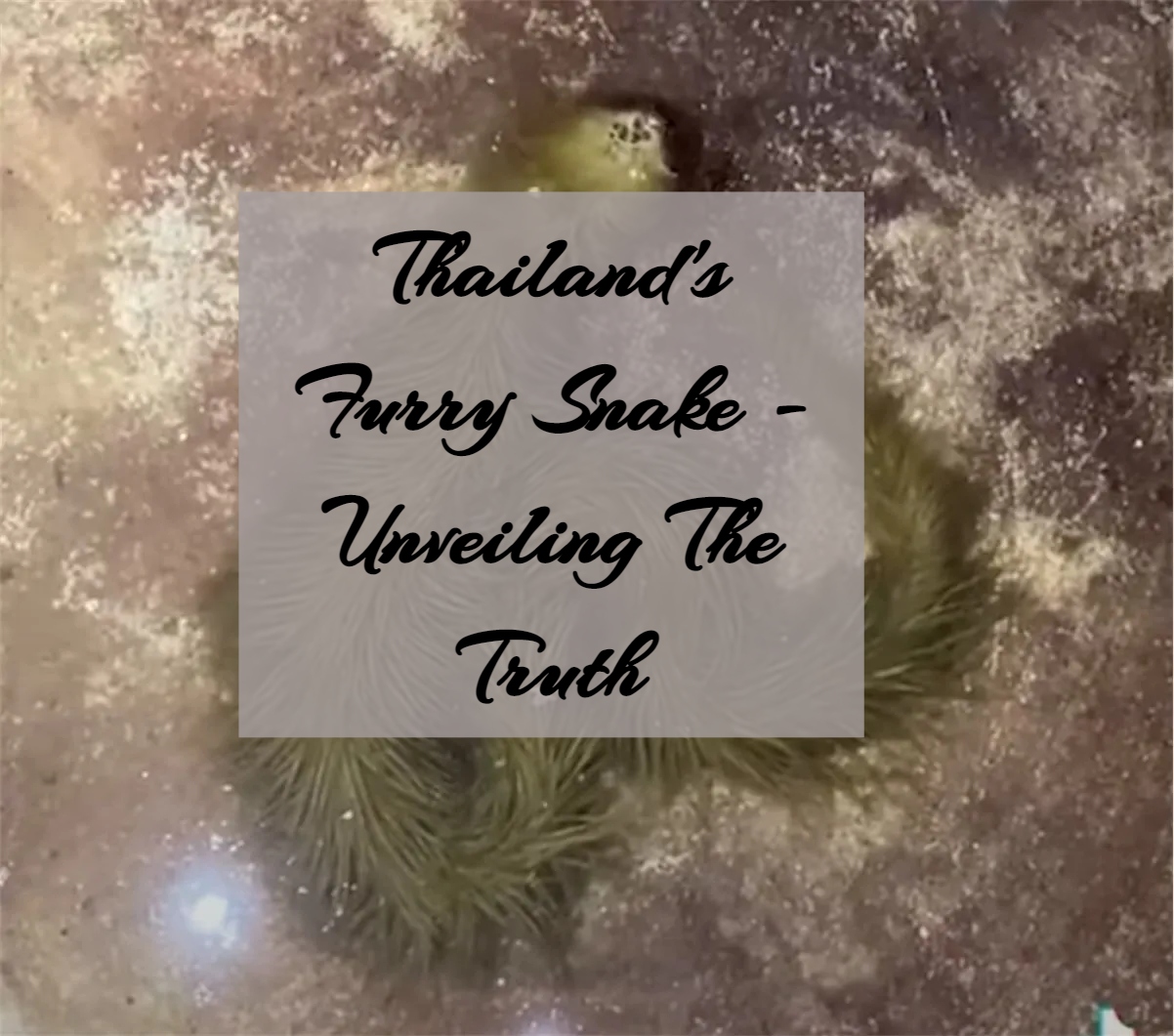 The discovery of an animal in a swamp in Thailand that can be most accurately described as Thailand's furry snake covered in green fur perplexed the locals because they had never seen an animal like that before.

According to the news website Thaiger, a local man by the name of Tu discovered the fuzzy snake in the province of Sakhon Nakhon in the Northeastern region of Thailand.

The man, who is 49 years old, came across the creature while he was going home late last month. 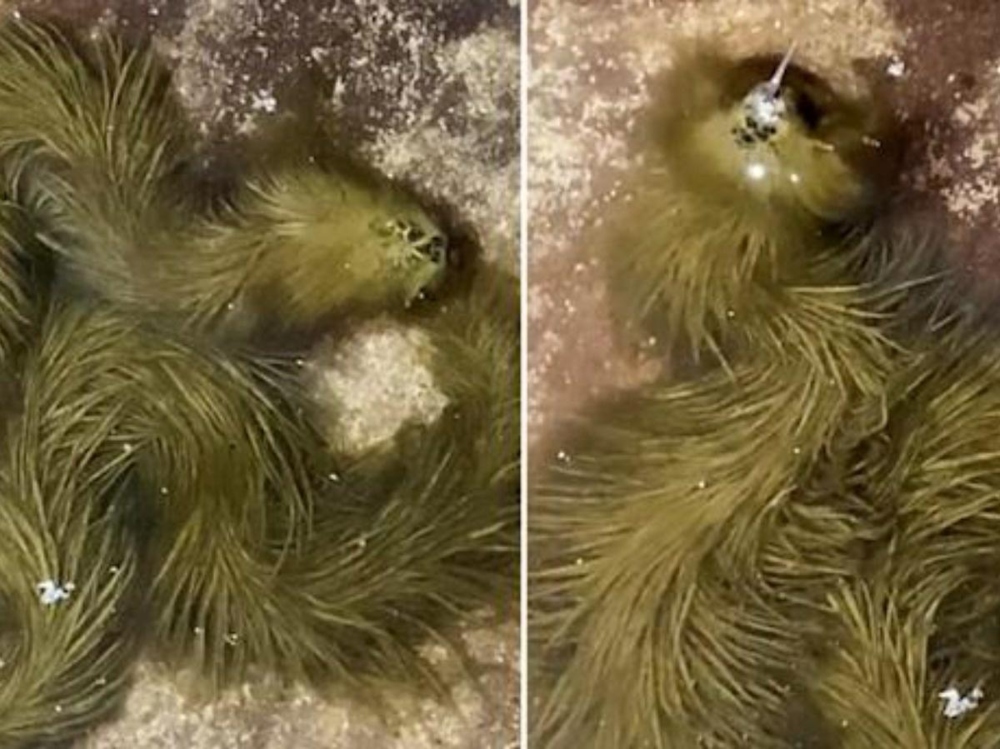 He brought it home in a jar to show it to his family members, who were just as perplexed as he was.

During the time that they waited for authorities to identify the snake, the family kept the two-foot-long serpent in a container that was filled with water and fed it little fish.

"I have never seen a snake that looked like this before. My family and I thought it would be useful to let people find out what it is and research about it."

Yahoo News said that Tu's niece Waraporn Panyasarn, who is 30 years old, made the statement about the furry green snake Thailand.

Ms. Panyasarn took some pictures and videos of the snake and uploaded them on the internet in the hope that someone could assist her in identifying it.

A good number of people on Facebook described the beast as being similar to a dragon, while some speculated that it might be a snake with moss or algae growing on its back.

Sam Chatfield, who is the snake species coordinator at Wildlife ARC, an organization that rescues and cares for injured animals, concurred that the critter might be a puff-faced water snake with algae developing on its scales.

The scales are on top of skin and mostly made of keratin. It's like having a layer on top of the skin and when they shed they're shedding the outside of those scales. Next time it sheds it (the algae layer) will come off.

The puff-faced water snake is a species of water snake that is native to Southeast Asia. These snakes are only mildly poisonous. These nocturnal snakes consume primarily fish and frogs of a smaller size.

A Reddit user shared the video of Thailand's furry snake that looks from another world, at least to me.

Two people discussed how the snake does it. Let's have a look at that too.

According to Reddit user, kekubuk, "Explanation. This is a snake that's used to hunting underwater. Over time, algae accumulated on it's skin, and eventually covered it. When the snake shed, it'll be back to normal."

Other said, luiss_alberto, "Thank you so much for great explanation and also for not trying to be one of funny guys."

Another user, Toxic_Cupcake79, shared really interesting information, "Quetzalcoatl ("feathered serpent" or "plumed serpent") is the Nahuatl name for the Feathered-Serpent deity of ancient Mesoamerican culture. In Mesoamerican myth Quetzalcoatl is also a mythical culture hero from whom almost all mesoamerican peoples claim descent." 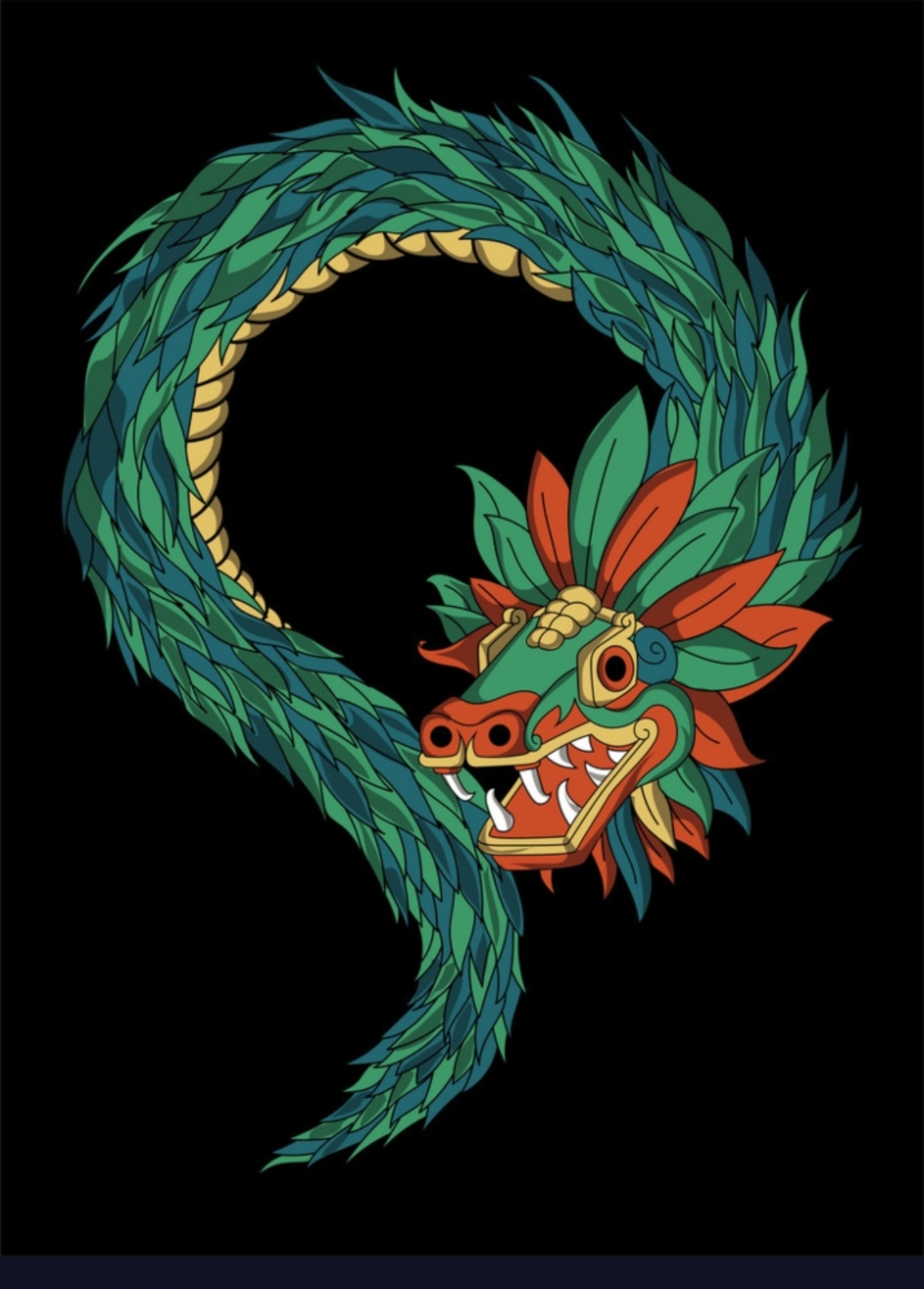 They are quite similar! Let's have a detailed look at this creature.

Quetzalcóatl, also known as the 'Plumed Serpent,' was one of the most significant gods in ancient Mesoamerica.

Its name is pronounced Quet-zal-co-at.

The Nahuatl word 'quetzal,' which refers to the bird with the emerald-colored plumage, and the word 'coatl,' which means rattlesnake, were combined to form his name (serpent).

The god of storms and precipitation, Quetzalcoatl is also credited with creating both the world and humankind.

Since the year 1200, the feathered serpent god has been revered in Central Mexico as the patron god of priests, merchants, scholars, scientists, farmers, artisans, and artists.

He is also known as the god of study, science, and agriculture.

What Is The Furry Snake Called?

It is known as the puff-faced water snake or the masked water snake, and it may be found in warm environments most of the time. Keratin, which is a layer that sits on top of the skin, is what the scientists at Wildlife ARC, which is located on the Central Coast of New South Wales, believe makes up the "fur"-like substance that snakes have.

What Is The Furry Green Snake Found In Thailand?

The puff-faced water snake is a species of water snake that is native to Southeast Asia. These snakes are only mildly poisonous. These nocturnal snakes consume primarily fish and frogs of a smaller size.

Is There Such A Thing As A Furry Snake?

On February 26, 2022, a furry green snake of unknown origin was discovered in the province of Sakhon Nakhon in Thailand. According to an article published by News fare, this peculiar snake measuring 2 feet in length has a frilly body that looks like fur when it moves underwater.

Have you ever heard about Thailand's furry snake before? Do let us know in the comment section below that what is your opinion about it.

Have you heard about the thor's well?