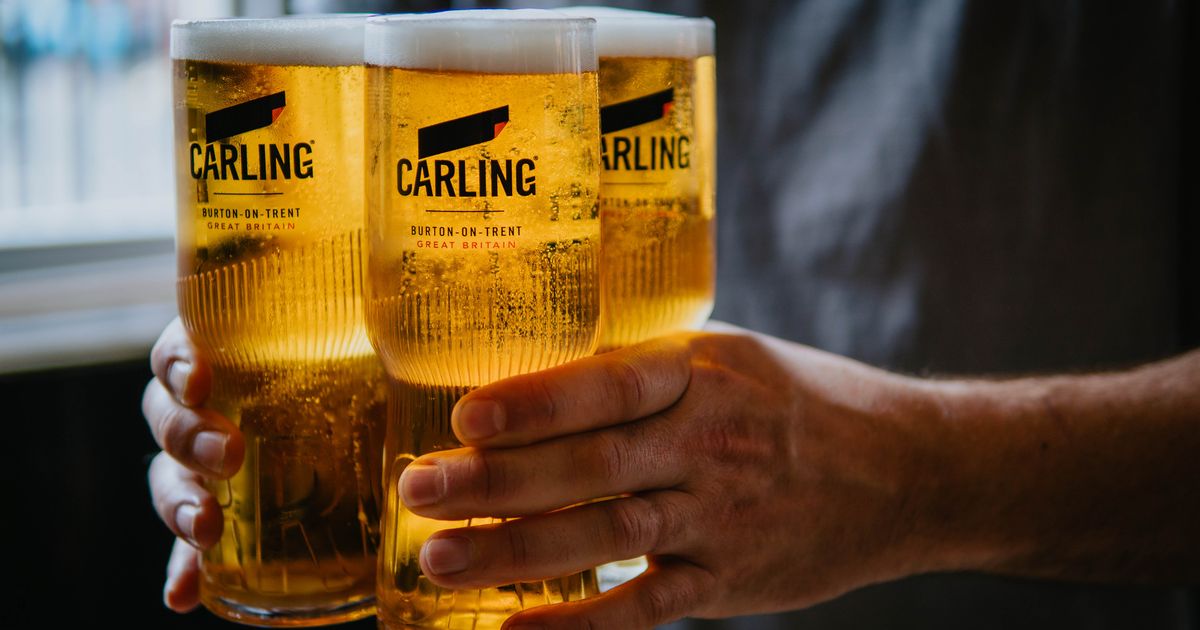 The best pints - Beverages such as beer have been around for centuries and are extensively enjoyed around the world. Imperial and US customary measurement systems use the pint as a volume or capacity unit. Imperial pints are around 20% larger than American pints because they are defined in different ways. "Pint glass" refers to a container that can carry both US and UK fluid measurements.

This glassware has a capacity of 473 milliliters for an American pint or 568 milliliters for imperial liquids. Are you one of the people who really enjoy the unique and flavorful taste of beers? If so, in this article, the author will show the best pints for you. 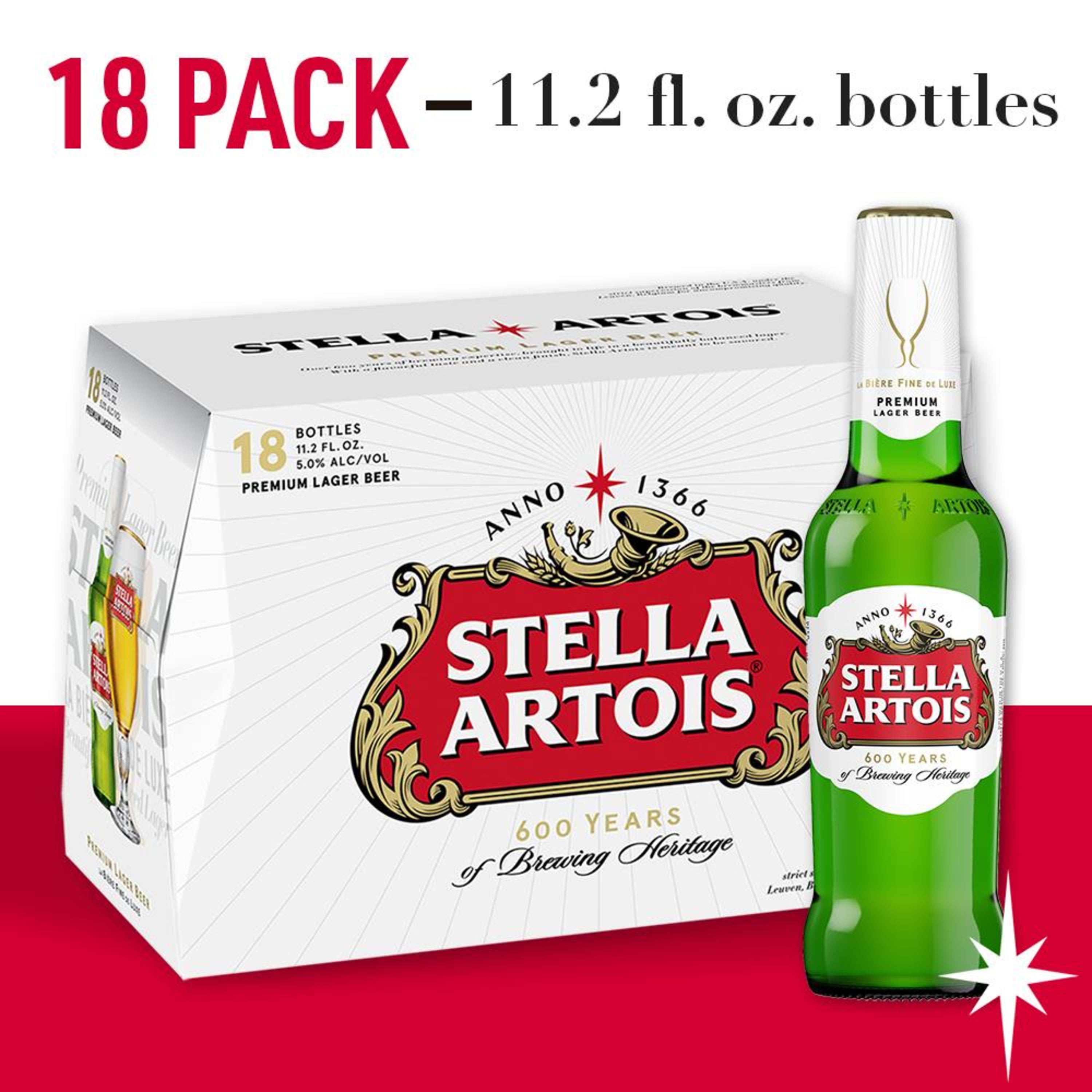 Stella Artois is one of the beers that are consumed in over 80 different nations, making it one of the most popular beers in the world. A superior brewing method and the utilization of the highest quality ingredients possible contribute to the product's high level of quality as well as its robust, recognizable flavor.

Samlesbury is responsible for the brewing, filtering, and kegging of the UK version. Before being packed in cans or bottles, batches are pasteurized in Magor, where they are processed.

Stella Artois used to advertise itself as "reassuringly expensive," but it became known in the United Kingdom as the "wife beater" beer due to its high alcohol content and perceived association with anger and heavy drinking.

Pours pale yellow-white foamy head, the aroma of malty and cut grass, the taste of citrus and malt slight fruity and little bitterness, quite a nice beer. - Rat said

Billsu mentioned: "The beer is overall quite nice. It has a good aroma and good appearance." 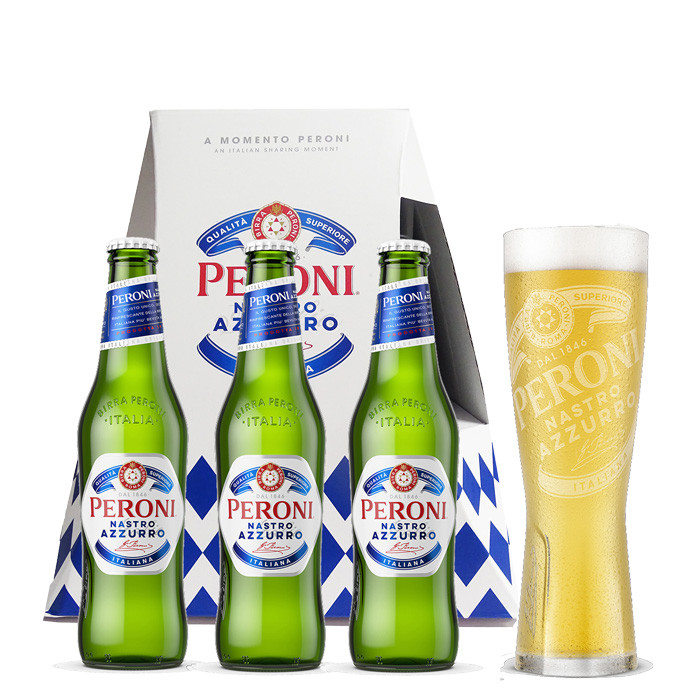 Peroni is the most popular brand of lager in Italy, and it has held this position for more than a century and a half. This premium, clear, golden-yellow lager with 4.7 ABV is the result of generations of the most qualified braumeisters devoting themselves to the art of brewing. It is crystal clear. Its flavor has a touch of bitterness because of the hops and spring barley malts that were used in its brewing. Peroni is a lager that is both smooth and refreshing, making it an ideal choice for any event.

undercurrent25 said: "Pours a golden color. the taste is quite fruity and malty with some spicy yeastiness. Better than Nastro Azzurro."

reidyboy mentioned: "Clear and golden, with a small, bubbly white head and a hint of syrupy fruit and hay on the nose. Highly carbonated, fresh and spritz, some light malt character and some bitterness - all in all, not the worst macro lager out there."

radassace noted: "Pours light straw with not much of ahead. Aroma is sweet malt, white bread, lemon, yeasty, and a hint of corn. Medium strength lager at 4.7%. Refreshing, crisp, and clean. Taste is light bread and sweet malt, the touch of corn, yeasty, metallic finish, and lemon hop. Low bitterness. Actually not bad chilled down. Definitely prefer this to the stronger Peroni." 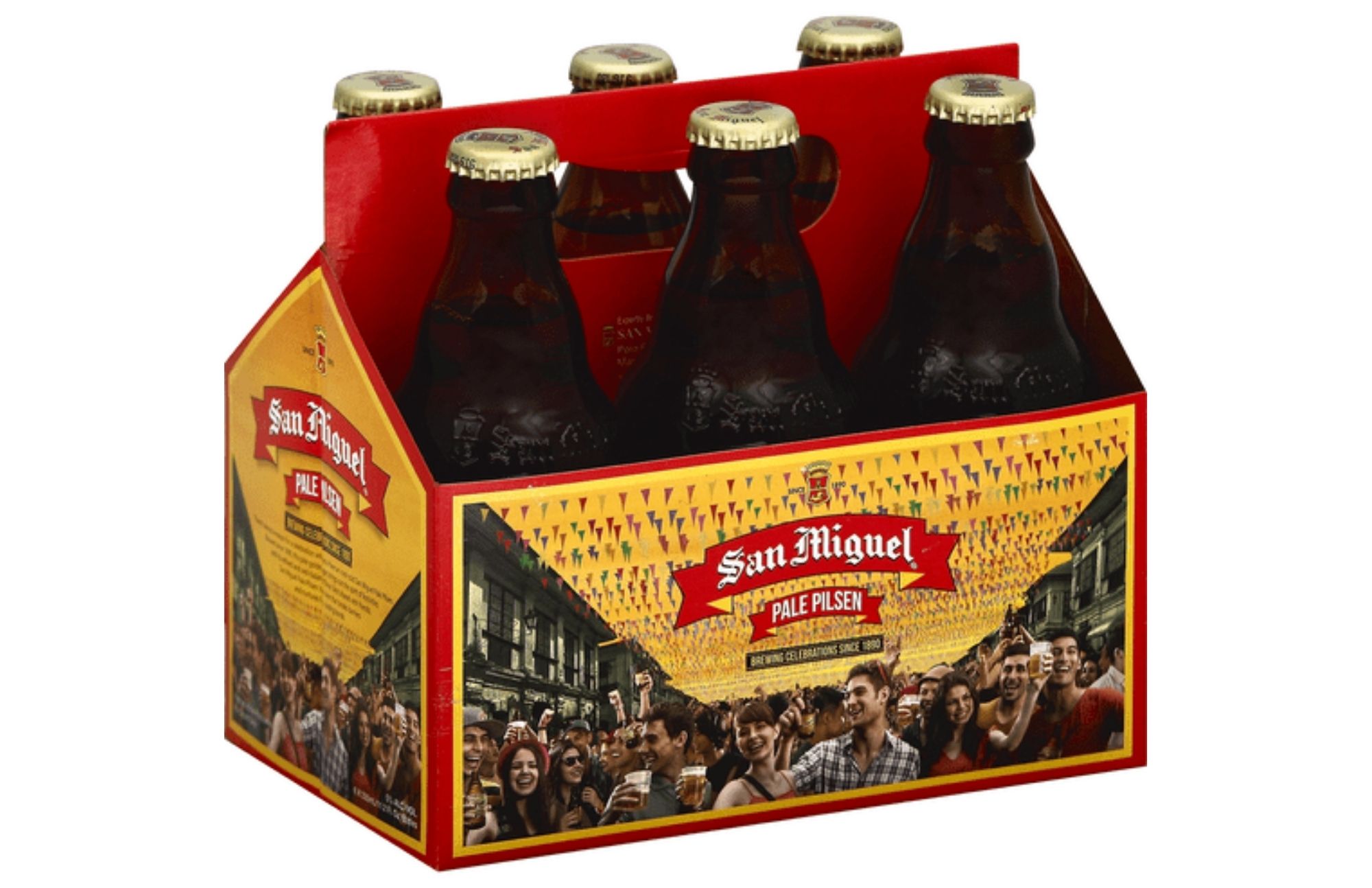 This style of beer is a pilsner. It is one of the beers that sell the most over the world. In addition to being distributed to over 40 countries around the world, it is produced using imported barley malt and hops from both Germany and the United States.

rmba133 said: "Liked this very much with the Lechon kawali bowl I had.

medkung exclaimed: It’s ok more than I think! Finally, I review this beer. Got this beer from the Thai supermarket at 38 THB per can (330 ml) and it’s coming with medium to high carbonate, medium to light malty, and grainy tastes, but the good one is low bitter and so earthy, medium sweet, and then dry finish. Not bad, clean body, full mouthfeel more than Thai mainstream lager.

vladeath noted: "Golden color, excellent foam. There is a lot of metal in the aroma, in the malt taste and there is some kind of fruity note. Pilsner is not here, a typical Euro lager." 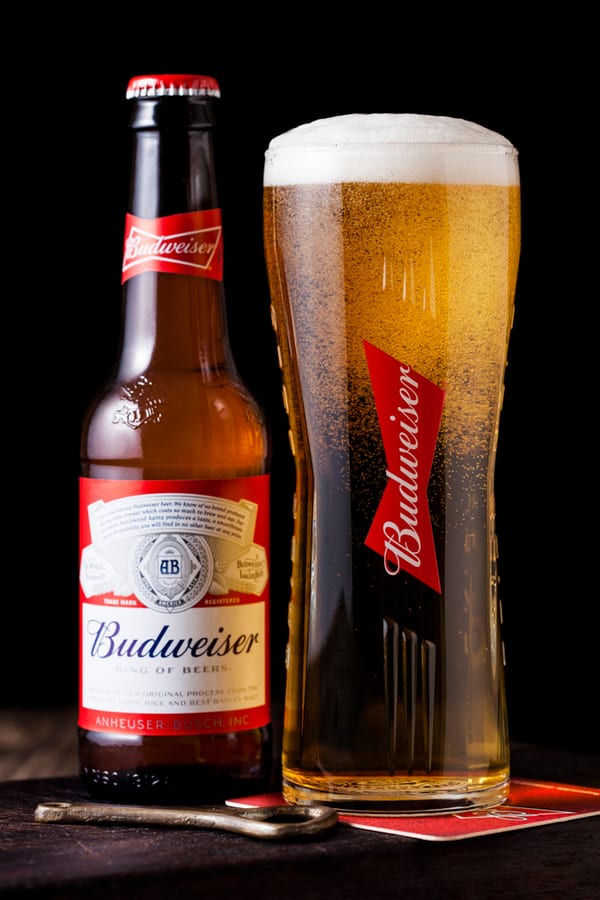 Brewed solely using natural ingredients in its whole. Hops, barley malt, rice, yeast, and water are the only ingredients that go into making this beer. It is a hand-crafted and aged version of Budweiser made utilizing traditional brewing techniques.

Sweet lager, almost no bitterness, light body. Not that much to say about the beer. Probably a good beer for washing food. - TheWhaleNorman 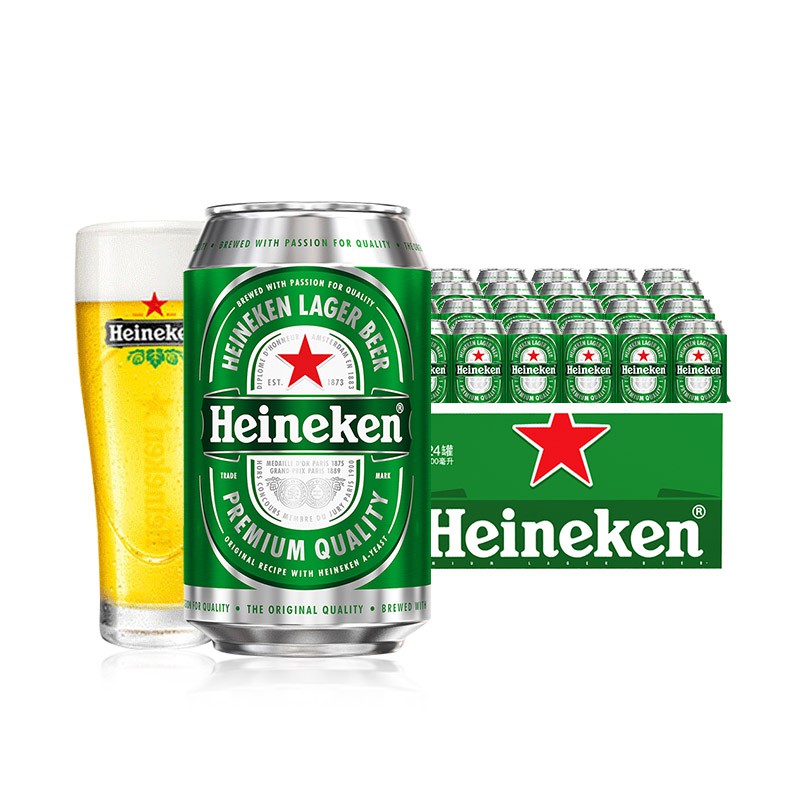 A glass and a can of Heineken beer, with a product packaging on the back

Heineken has been the most famous beer brand in the world for more than 150 years thanks to their unwavering dedication to producing a product of the highest possible purity and quality. When you see the red star on the green bottle, you know that each icy-cold, refreshing sip will give you that profoundly fulfilling flavor with hints of fruit.

A legacy of flavor that has been passed down for more than a century and a half, and it has done so because of the ease of preparation, the high quality of the ingredients, and the careful attention paid to the brewing process.

voltairebear commented: "Eh, personally I like it. It’s nice to just have around and perfect for grilling out in the 110 heat. I don’t care what anyone says, I like it. I find it tastes better in cans too. I used to like Stella but I have progressed in my beer taste and Stella has gone downhill quality-wise. Heineken fills the spot Stella used to fill for me."

VVayfaerer claimed: "It can be a little skunky at times like Stella, but I'd drink it. I think macros are much better than craft beer enthusiasts give them credit for tbh."

A malty, bittersweet Ale with a hint of fruitiness and a bitter aftertaste, John Smith's Original is known for its distinctively distinctive flavor profile. Casks contain 3.8 percent alcohol by volume (ABV), whereas cans and kegs contain 3.6 percent ABV. servings are at their best when kept chilled.

Kronenbourg 1664 is the best-selling beer in France, as well as the second-best selling premium lager in the United Kingdom. Kronenbourg 1664 is brewed with a one-of-a-kind combination of hops, some of which are aromatic hops sourced from Alsace.

The fruity freshness that Kopparberg lends to cider, gin, and strong seltzers has earned it a reputation for excellence. All ciders, gins, and hard seltzers produced by Kopparberg are naturally free of gluten and can be consumed by vegans. Here are some flavors available:

It's one of the most Lagery beers you'll come across. Carling is a lager that many people appreciate. It's light and refreshing, with a tart flavor that doesn't linger. On the other side, it's a lager with little flavor and low alcohol content.

Carling lager was launched in the UK in the early 1980s and quickly became the most popular beer brand (by volume sold). It was bought by Canadian Breweries, renamed Carling O'Keefe, merged with Molson Brewery, then merged with Coors to form Molson Coors.

What Is The Best Pint To Drink?

What Is The Highest Quality Beer?

Bud Light is a premium light lager that has been the best-selling and most popular beer in the United States since its 1982 launch. The premium aroma hop varietals used in the brewing of Bud Light are a combination of American-grown and imported cultivars, as well as a malt and rice blend. Light in body, with a clean, fresh hop fragrance, delicate malt sweetness, and a crisp finish, this beer is the epitome of summertime relaxation.

What Is The World's Best Lager?

ABK Hell is a refreshing and flavorful brew. Bubbly medium white head that gradually decreases to a thin foamy lace, with a golden hue. It has a delicate, sweet, grainy, and fragrant hops aroma.

What Is The Best Lager UK?

Carling and Foster's have maintained their positions as the top two best-selling lagers for another year, taking the number one and number two spots, respectively.

The author appreciates that you took the time to read this article. Are you interested in trying some of the best pints of beer listed above? People also have different tastes when it comes to the alcoholic drinks they like to drink. Be careful about how many drinks you have, though. You all know that drinking too much alcohol can hurt your ability to make decisions, your health, and your relationships with other people.