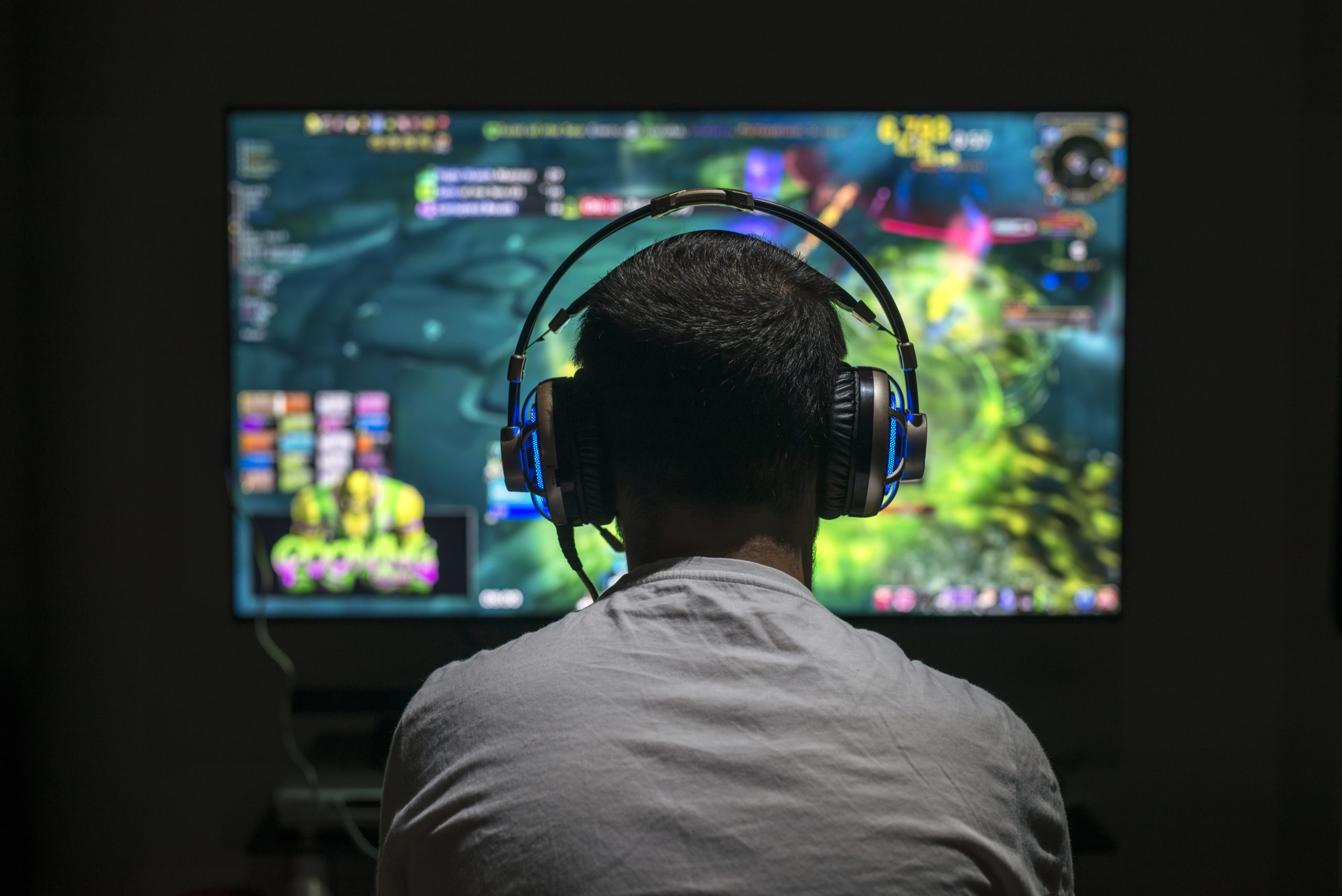 During the pandemic, many young people turned their attention to video games to keep busy and kill dull moments. Are you one of them?

If yes, why not try to explore the finest video games of all time that will be featured in this article.

Apart from this, the author will also share some tips on how to be a good gamer.

Of course, we all know that every gamer has a different idea of what makes a good game, but the games below are all famous in their own ways.

Each and every one of these games holds important cultural and historical significance in some regard. 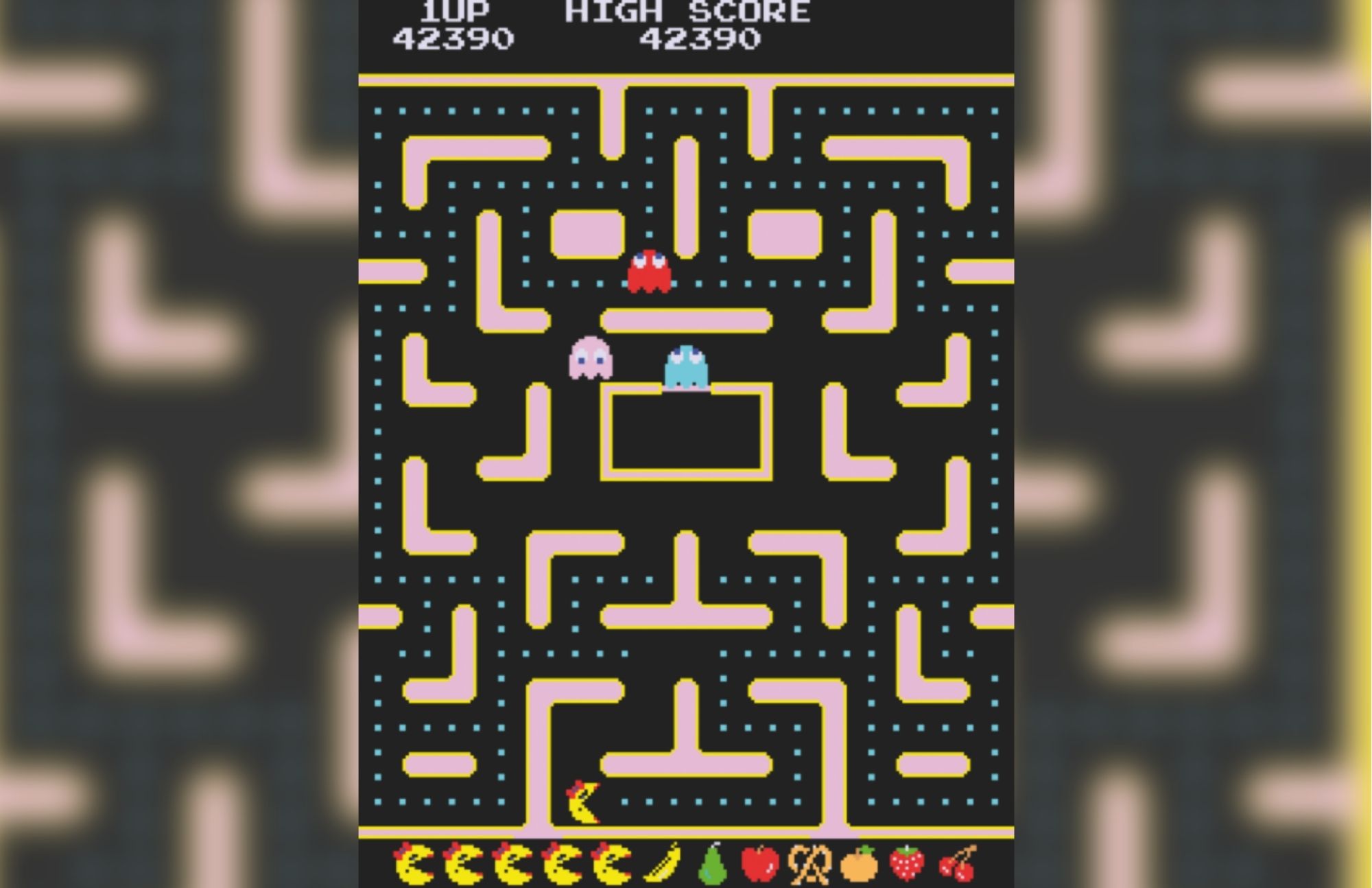 A digital maze has four characters with different colors such as red, pink, blue, and yellow

Ms. Pac-Man is an arcade maze game created by General Computer Corporation and released by Midway. It is the first sequel to Pac-Man (1980), as well as the first entry in the series not produced by Namco.

Namco is a Japanese multinational video gaming and entertainment corporation based in Tokyo.

Even though the first "Pac-Man" deserves all the credit for starting the series in 1980, its sequel made just enough small changes to make it the best version of the game.

"Ms. Pac-Man" is different from the original in small ways that may not seem important at first, but add up.

Instead of just one maze, there are four different ones, and some of them have more warp tunnels, which makes the game more interesting.

The ghosts have also been changed. Their movements are now more random, which keeps players on their toes.

Lastly, the bonus fruit that appeared in the middle of the maze in "Pac-Man" moves around in "Ms. Pac-Man," making it riskier to go after those yummy extra points.

The game is a lot like Pac-Man in how it is played. Points are given when the player eats pellets and avoids ghosts (contact with one causes Ms. Pac-Man to lose a life).

When you eat an energizer, also called a "power pellet," the ghosts turn blue and can be eaten for more points.

Galaga is a fixed-shooter arcade game released in 1981 by Namco in Japan and Midway in North America.

Galaga's gameplay puts the player in command of a spaceship at the bottom of the screen.

The space is empty at the start of each level, but as time passes, enemy aliens fly in formation, and once all of the opponents arrive on screen, they will drop down on the player's spacecraft in formations of one or more and may either shoot or collide with it.

The player may fire on the opponents throughout the game, and once all enemies are defeated, the player advances to the next stage.

Galaga was also a feast for the eyes and ears at the time.

The screen was full of different colored ships, and every shot, crash, and tractor beam capture made a memorable sound.

Above is a video that shares tips on how to win in this fixed-shooter arcade.

Gears of War 3 is a third-person shooter video game published by Microsoft Studios and developed by Epic Games.

A handgun, grenades, and two primary weapons are all available to the player's character. You can swap out weapons that are dropped by dead enemies or found in stockpiles around the game.

The initial game was quite basic – a decent-length horror-inspired storyline that could be played by one or two people, and a five-on-five competitive multiplayer component with a few fast-action options.

"Gears of War 2" added new weapons and gear, made the campaign much bigger, and added Horde mode, a wave-based co-op survival arena that became popular again and has since been added to many other games.

The game is a third-person shooter, and there are single-player, online multiplayer, and local multiplayer modes.

If you are new to this video game, above is a video on what to expect when playing Gears of War 3.

Hades narrates the narrative of Zagreus, Hades' unhappy demigod son who is attempting to flee his father's kingdom.

Hades is a rogue-like dungeon crawler in which you hack and slash your way out of the Underworld of Greek mythology.

Zagreus goes back to the House of Hades every time he dies. His life at home gives him at least something to look forward to after he dies, such as getting stronger

"Hades" changes the genre in another way by giving players a way to make the experience easier if the roguelike is too hard for them.

There is a "God Mode" that makes the player take less damage and raises the limit each time they die.

Players can also use resources from previous runs to buy power-ups like a bigger health bar, thicker skin, and other advantages.

Hades is our most popular and critically praised game to date.

More than 50 publications, including IGN, Polygon, TIME Magazine, and The Washington Post, named it the 2020 Game of the Year.

Hades is now available on the following platforms:

Hades was first released in Early Access on the Epic Games Store on December 6, 2018, and subsequently on Steam on December 10, 2019.

On September 17, 2020, the game's version 1.0 was released simultaneously on these platforms and the Nintendo Switch.

Batman: Arkham City - Official Gameplay Trailer - This Ain't No Place for a Hero

Rocksteady Studios is responsible for the development of the action-adventure video game Batman: Arkham City, which was released in 2011.

It is a continuation of the video game Batman: Arkham Asylum, which was released in 2009. Warner Bros. Interactive Entertainment is responsible for the game's release on the PlayStation 3, Xbox 360, and Microsoft Windows platforms.

The game has been showered with praise from gaming critics of all stripes, making it one of the video games with the highest ratings to be released in 2011.

Due to the overwhelmingly positive reception, a third and final installment, titled Batman: Arkham Knight, was released in 2015.

Combat and stealth abilities, investigative skills, and gadgets that can be used in battle or exploration are all highlighted in the third-person perspective of the game.

As he progresses through the game's story, Batman is able to freely explore Arkham City's jail complex, engaging with inmates and completing quests to gain access to new areas.

Additional content and items can be obtained through side quests in addition to the main quest.

Another Batman ally, Catwoman, is a playable character in the game and has her own story campaign that parallels the main plot. 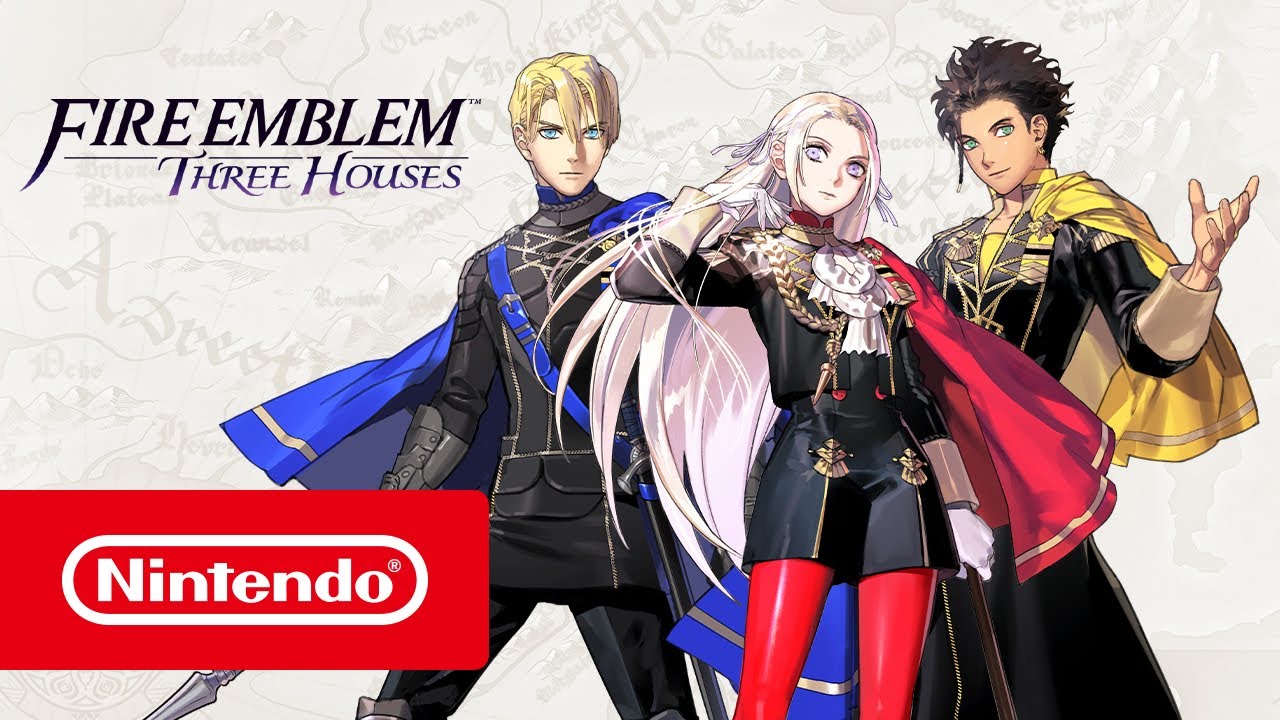 Fire Emblem: Three Houses is a tactical role-playing game made by Intelligent Systems and Koei Tecmo and published by Nintendo.

It is the sixteenth game in the series of Fire Emblem games. It came out on July 26, 2019, for the Nintendo Switch.

"Fire Emblem: Three Houses" was one of the most controversial games in the series because it had a lot of morally gray paths that were done well.

Byleth is the teacher for the Black Eagles, the Blue Lions, or the Golden Deers. In the end, the leaders of the three houses go to war, each for his own house. 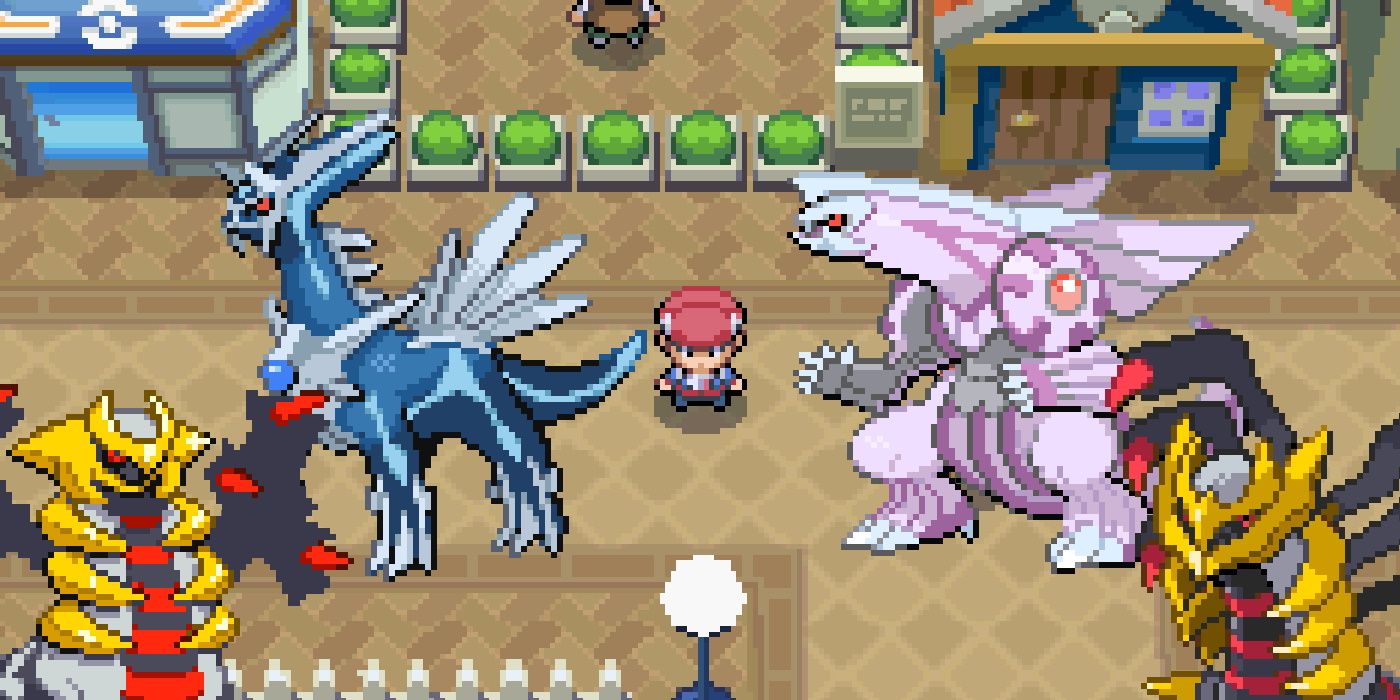 No one can deny Game Freak's, Nintendo's, or The Pokémon Company's history of investing heavily in core franchise innovation, which makes comparing one game to another a challenge.

"Diamond" and "Pearl," on the other hand, have a few grounds to be included on this list.

With the new hardware, gamers may now exchange Pokémon online with friends and complete strangers, as well as engage in wireless battles with other players.

While the Sinnoh area was one of the most gorgeous and enchanting locales ever seen in a "Pokémon" game, the DS also brought about a big graphics overhaul to the genre.

As opposed to the previous games, the two Trainers who are standing far away will both move towards you when you catch their eyes when you are standing in front of them.

Visual Concepts and 2K Sports have developed and published NBA 2K20, a 2019 basketball simulation video game based on the National Basketball Association (NBA).

NBA 2K20 for mobile lets you play classic 2K games while you're on the go. It has 5 new NBA Stories, a new "MyCAREER storyline," and a brand-new "Run the Streets" mode.

NBA 2K20 has a lot of different game modes for everyone. You can play 5-on-5 basketball with current or all-time great NBA teams, or you can play streetball in Blacktop.

Best Games Of All Time PC

Pursue your political goals, meet more residents, and explore a new place. Full voice-acting, gamepad support, and extended language options. This award-winning open world offers more. You are a detective with a unique skill system and a city block to explore. Question memorable characters, solve murders, or accept bribes. Be a hero or a calamity.

Half-Life 2 is a first-person shooter video game released in 2004 by Valve. Valve released it through their Steam distribution service. Half-Life 2, like the original, combines shooting, puzzles, and storytelling, but adds features like vehicles and physics-based gameplay.

Tips on Becoming A Better Gamer

The following are some pointers that may be useful to anyone looking to take your game to the next level.

Choose a game that interests you to improve your gaming skills. This may go without saying, but if you want to become a great gamer, you need to play a game that you genuinely like.

Make the effort to improve your gaming skills. There are numerous things that anyone may become excellent at just by devoting time to them every day.

Try many games as you can. Your reflexes will improve as you play, but you will also acquire muscle memory.

What Is The Most Downloaded Game?

What Was The First Video Game Ever?

William Higinbotham, a physicist, made what is thought to be the first video game in October 1958. It was a very simple tennis game that was a lot like the classic video game Pong from the 1970s. It was a big hit at an open house at Brookhaven National Laboratory.

What's The Hardest Game To Run On PC?

If you want the most difficult PC game, look no farther than Assassin's Creed: Odyssey. The latest Assassin's Creed game requires a good CPU and a very good graphics card. Check out the hardware requirements if you want to run the game at its highest 4K resolution, Operating system: Windows 10 64-bit.

What Game Has Most Active Players?

What Is The Next Big Game Coming Out?

What Is The Longest Game To Finish?

The longest game is Monster Hunter 3 Ultimate, which takes an amazing 693 hours to complete on average. Only games with "completionist" data from 10 or more players were considered.

Also, keep in mind that the finest video games of all time should be played in moderation. Don't forget to keep your body healthy by getting enough sleep, exercising, and eating a well-balanced diet to perform at your best.