The Jungle In The City - Singapore Leads The Way 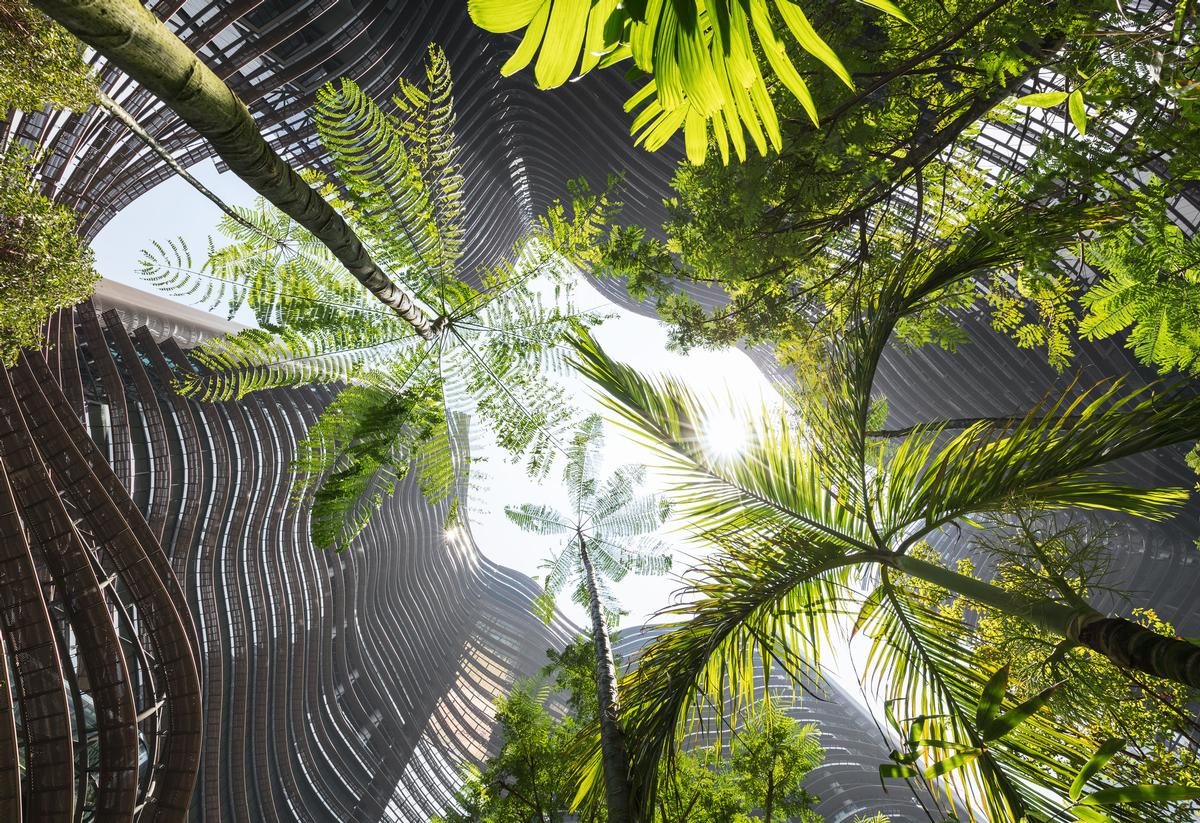 The Jungle In The City - Singapore's surprisingly beautiful treasure 'The Jungle In The City' is one of the most amazing places in the world. Singapore has a population of over 5 million people who live in a land area of only 269 square miles [697 square kilometers], which is less than four times the size of Washington, D.C.

Singapore is one of the world's most densely populated countries. That equates to 18,500 people per square mile, as opposed to the United States' 83 persons per square mile. Land prices in the United States are among the highest in the world. It is commonly known that this small country is a behemoth in Asia's business and financial sectors, despite its small size. 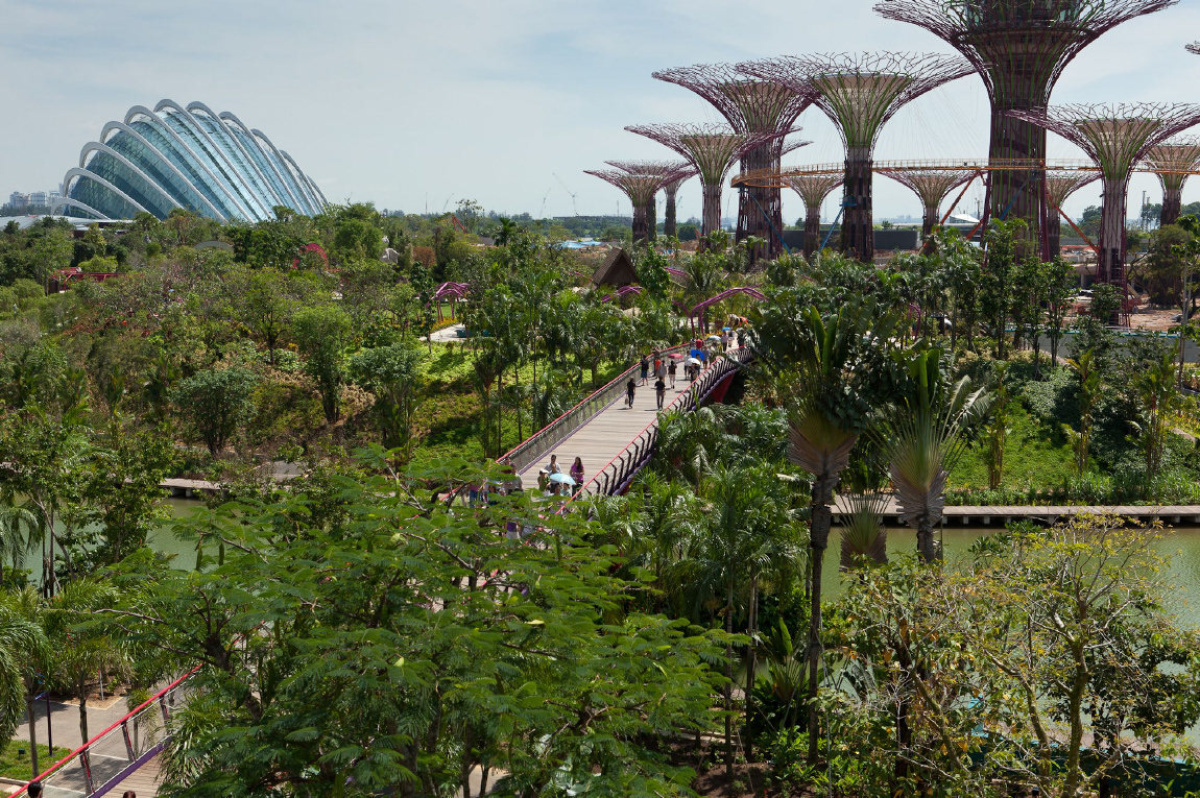 A drone shot of urban forest in Singapore

The business sector is home to some of the most technologically advanced skyscrapers found anywhere on the planet. What is less well-known is that Singapore is also a sanctuary for those who love the outdoors and environment. Yes, larger animals such as tigers were driven to extinction more than a century ago, but many other species have survived. A family of rare otters may be seen bouncing and cavorting across an expansive sidewalk and plunging into a lake on the outskirts of the Central Business District, near a massive building complex that was awarded a world architecture prize in 2013.

Singapore is widely considered to be the most developed tropical metropolis on the planet. So, what is the reason behind the city of the jungle and how has it managed to preserve such a large amount of land for nature? And how has it performed so admirably that my kid inquired as to why they were traveling through the forest when they were actually heading into town from the airport?

The solution can be found in the vision of the country's founding Prime Minister, Lee Kuan Yew, for how the city would be created in 1968, which is still relevant today. The concept of Singapore as a "garden city" rather than a "concrete jungle" was understood and embraced by him, both in terms of attracting foreign investment and providing an attractive and comfortable home for its citizens.

Is Singapore A Concrete Jungle?

Singapore, a green oasis of tranquility in the midst of Hong Kong's hectic concrete jungle, stands in stark contrast. At the heart of these two contrasting destinies is a diametrically opposed approach to governance. Postcolonial Hong Kong was essentially market-driven, with most of the city's infrastructure being erected by developers without much in the way of a master plan.

According to the government, the city would be a beautiful green oasis, complete with inviting new parks and lush green links connecting them, as well as visually arresting vertical and high-rise flora. This vision is intimately tied to the well-being of people and the expansion of the economy. Furthermore, it serves as a functional example of the advantages to society that may be realized by preserving nature as an essential element of an urban landscape. 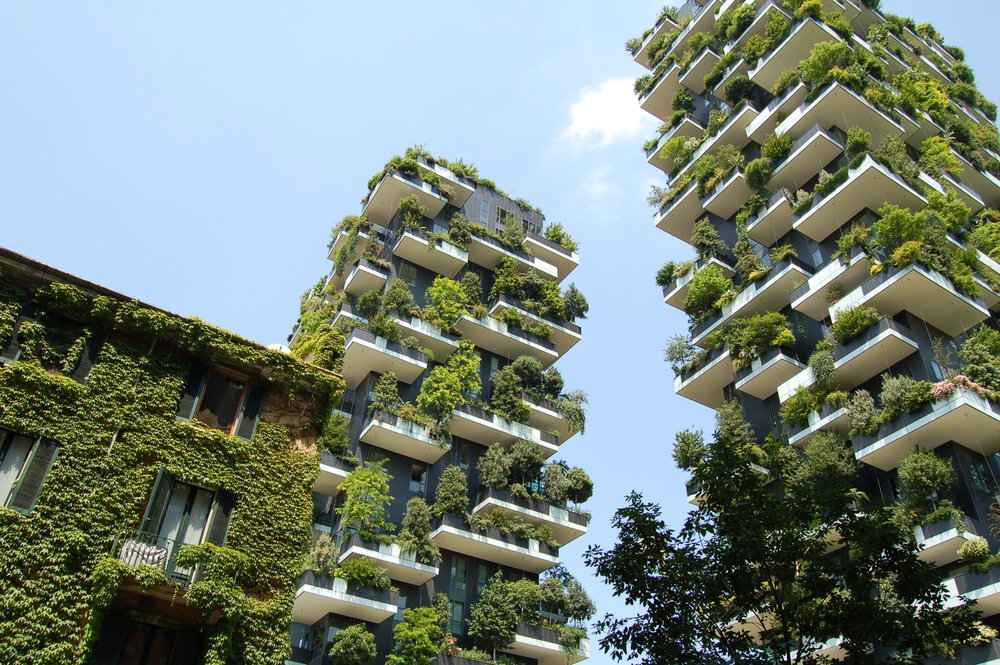 A close up angular shot of green buildings in Singapore

Why does the government of Singapore have such an outstanding knowledge of the economic values of nature?

It is because the government realized decades ago that the country is reliant on the resources and services provided by the natural environment. Particularly important is water. This acknowledgment can be traced back to the country's founding. Singapore was formerly a component of the Malaysian Federation. When Singapore gained its independence, a contract with Malaysia was negotiated to assure that the country would have a reliable supply of freshwater... until 2061.

Since then, the Singaporean government has worked tirelessly to conserve and recycle its rainfall and freshwater reserves, ensuring that the country is no longer reliant on others for this vital resource. In addition to purifying wastewater, the government has an extensive desalination program, invests in the careful management and collection of rain and rainwater, and preserves a heavily forested core catchment area.

According to the proposal, when the Malaysian water arrangement expires, Singapore will be completely self-sufficient in water. Singapore's central catchment produces a significant amount of fresh water that is essential to the city's survival. In Singapore, wildlife is abundant because of the country's rigorous hunting and fishing laws, which are compounded by the fact that Singaporeans do not require hunting or fishing for their nourishment. Otters, pythons, monitor lizards, pangolins, and hornbills are among the many species of aquatic and terrestrial fauna that may be found in the central catchment and nature reserves.

To migrate throughout the country and deep into the heart of the city, aquatic species rely on waterways and stormwater canals for transportation. Pythons with lengths of up to 10 feet [3 meters] have emerged from drains on Orchard Road, one of Asia's busiest shopping districts and one of the world's largest. Observers have reported seeing monitor lizards that were more than 5 feet [1.5 meters] long lounging in the shade of trees and shrubs on the large central reservations of major roads, which have benefited from the government's Streetscape Greenery Master Plan.

This achievement is all the more remarkable when you consider how heavily fished these species are elsewhere in Asia.

A Forest Inside the City | Singapore

A Model For Cities Around The World

For a variety of reasons, CI's Asia-Pacific field division first chose Singapore as its divisional base in the early 1990s. It serves as a launching pad for visits to the division's country programs around the world. It is a world-renowned center of academic achievement. It is a business center with more than twice as many large worldwide corporations as either New York or London. It has a disproportionately large number of millionaires and billionaires, which provides funding opportunities for the organization.

Furthermore, it serves as a major media and communications hub for the Asia-Pacific area. But now we know another reason why it's a good thing that the Asia-Pacific hub is located in this location: In terms of urban nature conservation, it is a world-class example of the practice. The country was built on the same guiding idea that underpins CI's mission that people require nature to survive.

The country was decades ahead of its time in terms of technological advancement. As a result of climate change and population expansion, the question of how to construct a sustainable green metropolis is swiftly emerging as one of the most pressing issues of the day. Many other cities, including Jakarta, Bogotá, Hong Kong, Mexico City, and Nairobi, are also confronted with a similar problem, which is only expected to worsen. Singapore may not be without flaws, but when it comes to displaying well sustainable development for tropical cities all over the world, it is one of the most effective models you have at your disposal.

There is a video on Reddit that shows close-up shots of green buildings in Singapore. Check out some of the comments:

"feel like these are always nice to look at, but I can just imagine mosquito heaven there."

"How is it in person? It looks fabulous and Singapore is known for keeping things extremely clean and well kept, which i would think is necessary to avoid it looking all wet patched and musty. Man I want public or private investment into more third places rather than the walled McMansion and workplace that seems to take precedent here (US - Bay Area)."

"This thing is well kept because of the building owner.

This is the Parkroyal on Pickering Street. There are is another park royal hotel (marina) in Singapore that also has a lot of green on the facade..."

"Unfortunately these are difficult to maintain. Especially in high rise buildings where the plants have no real support and are easily ripped off by strong winds"

Fan of nature and plants, we have some amazing and unique plants collection. Check out here.

Primary and secondary forests, clean streams, enormous reservoirs, and lakes, all connected by overgrown canals, make up the catchment's ecosystem of the jungle in the city of Singapore.