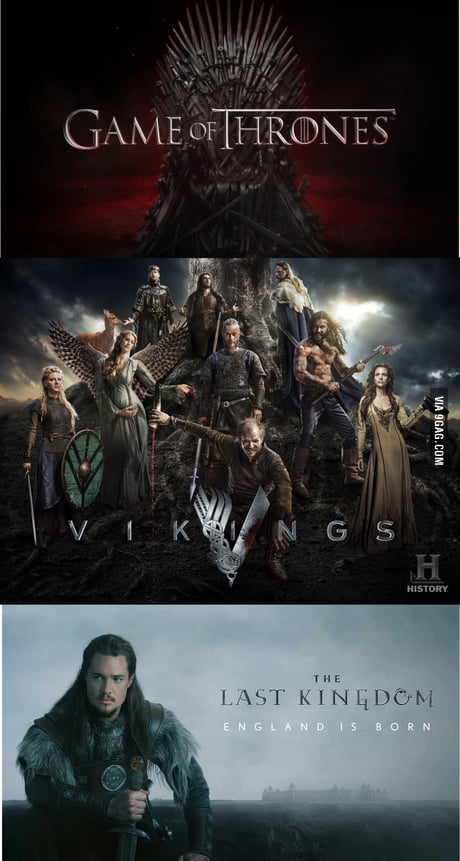 For disappointed Game Of Thrones fans, Netflix's The Last Kingdom is the ideal replacement. It's been a while since the last episode of Game Of Thrones aired, and the passage of time hasn't made me feel any better about how things turned out. I’ve literally just had a conversation in the office about Jon and the Night King; eight years we’ve put into this show, waiting for the climactic moment when Jon, who we’ve championed from the beginning, would become the hero he was born to be and go head to head with death himself.

But forget that, Arya jumping out of nowhere to finish him off was much more satisfying. Not.

As fantastic as the last two minutes of the below video are, where Jon kills a White Walkers, how was it the best we got?

Whatever, I’m over it.

However, if you are feeling a little lost and wish to fill that GoT-sized void in your lives then look no further, as The Last Kingdom is here to sooth those post-season 8 blues.

The British historical fiction series is based on Bernard Cornwell’s series of novels The Saxon Stories, and is set in the late 9th century AD.

It follows a Saxon boy called Uhtred who is captured and raised by invading Danes. Throughout the series, he seeks revenge for his father’s death and makes his way to Wessex to offer his help to its king, Alfred.

All three seasons are currently on Netflix, and if you like medieval mayhem and the prospect of loads of heavy-breathing Vikings, this’ll be right up your street.

If ur feeling lost after Game of Thrones, I'll recommend a series on #Netflix called The Last Kingdom. It's based off of a book series by Bernard Cornwell, The Saxon Tales. Has a combination of Vikings & GoT feels. And it has an ending so you can binge watch it 🙂 #GameOfThrones pic.twitter.com/hqK8SvvhC1

If you're looking for a show to watch now that Game of Thrones is over, I highly recommend The Last Kingdom on Netflix. It has such great characters and dialogue. It will give you all types of feels. The actors are phenomenal. And has a beautiful soundtrackack with @eivormusic. pic.twitter.com/SD8hi9th1Q

Shows to watch this Sunday to replace #GameOfThrones:

And the good news doesn’t stop there: Netflix green-lit a fourth season late last year so there are even more episodes on the way.

What’s Viking for ‘get in there, my son’?

And we're back! Did you miss us? Filming has started on #season4 of #TheLastKingdom. Stay tuned for updates and sneak peeks #behindthescenes with friends and foes, old and new! pic.twitter.com/nojdUTyrIo

We went back to the beginning. Back to #Bebbanburg. This was the last set up of our season 4 #Bamburgh shoot, with the most awe-inspiring view – it’s easy to see why #Uhtred wants to reclaim his ancestral lands! 📷 by Tim Palmer, Director of Photography #thelastkingdom #tlk #bts pic.twitter.com/nY7Q2FwL9W

The post read: “We went back to the beginning. Back to #Bebbanburg. This was the last set up of our season 4 #Bamburgh shoot, with the most awe-inspiring view – it’s easy to see why #Uhtred wants to reclaim his ancestral lands!”

If you haven’t already, check out the trailer below:

This is definitely prime Game Of Thrones replacement material if you ask me.

I mean, what else are you going to do with your spare time now? Get a job? Go out with friends?