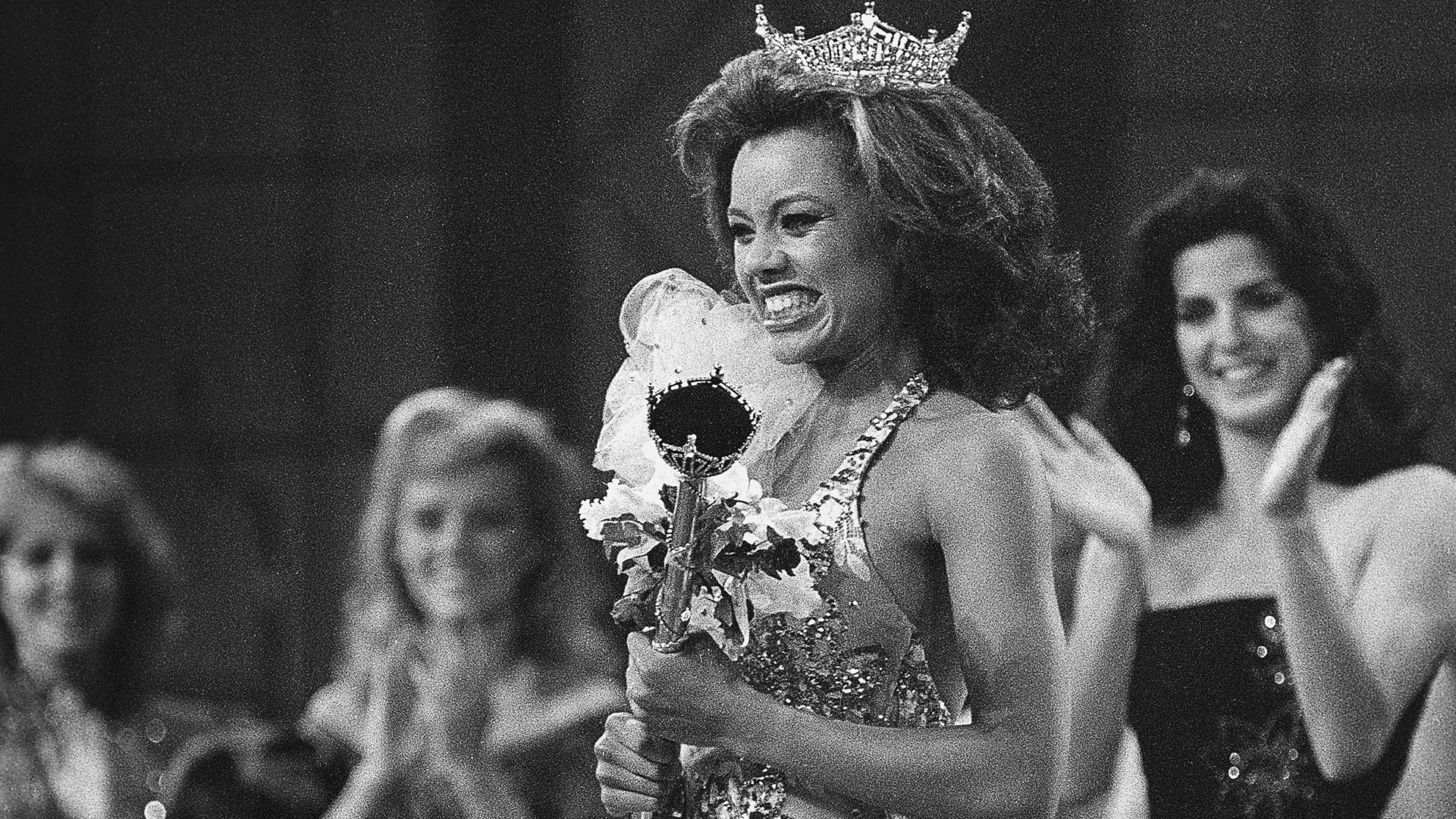 The Life Story of Vanessa Williams - Who doesn't remember the very first African-American woman to be crowned Miss America, which was held in 1983? All of us know her, especially when you are in America. She is an American singer, actress, and fashion designer by the name of Vanessa William.

But the next year after she was crowned, there was a scandal. Just a few weeks before the end of her reign, she found out that Penthouse magazine was going to publish naked photos of her in an upcoming issue.

In July 1984, the Miss America Organization put pressure on her to resign as Miss America, which she did. She was replaced by Miss New Jersey's Suzette Charles, who was the first runner-up.

Williams took the cover off of her own narrative, revealing even more details about the difficulties she has overcome throughout the course of her life.

The article is going to simplify everything for you by taking a comprehensive look at the eventful timeline of Vanessa Williams' professional life here.

A Victim Of Child Sexual Abuse

A man's hand covering the mouth of a terrified young girl

It happened one night when she told me, 'Come over here, I didn't know that it was wrong, but I knew that it wasn't right because I wasn't supposed to tell anybody.

William added: "At that young age, having that happen to you in your body, it awakens your sexuality at an age where it shouldn't be awakened ... I think that had that not happened ... there wouldn't have been that shame that was always haunting me. It made me more sexually promiscuous."

When Vanessa Williams was a senior in high school, she made the decision to have an abortion. In her book, she describes the experience as awful, terrifying, and plain sad. Williams makes an appointment to terminate the pregnancy through Planned Parenthood

"I'm still pro-choice — every woman should have the right to choose what she wants to do with her body. I'm still a practicing Catholic. Yes, I did confess, and I'm grateful for the opportunity of forgiveness."

Williams remembers that at the time, she decided to lie to her mother and tell her that she was practicing at school when, in fact, she was getting surgery. She said she was getting ready for a play.

As a consequence of what she did, William suffers from her decision.

She said, "I knew in high school that's something that I was not prepared to do, or fight, or struggle with."

Racism In The Time Of Her Reign

In 1983, Vanessa Williams made history by being the first Black woman to win the Miss America pageant. She did this by becoming the first Miss America. However, Williams is currently living in an era in which the prevailing belief among people is that white people are the only ones who possess genuine beauty.

So, in the early years of the pageant, which was in the 1930s, the regulations clearly stated that contestants had to be of the white race.

The fact that I was black was not a factor. I've always had to work harder in my life to achieve things. I was getting hate mail from white people who hate black people and mail from black people who said, "You're not really black, because you don't look black." I didn't like having my accomplishments negated because of the way I looked. That was harder to live with than anything else.

After she won the Miss America pageant in 1983, she and her family got scary death threats.

There is a hotline with the FBI saying, 'She's going to be in Chicago. What should she be aware of?' I had sharpshooters on the top of the buildings when I had my first parade. In one of the parades down South ... usually, they have Miss America in a convertible. I had to be inside.

Vanessa Williams, like many other well-known women, has battled challenges related to her self-esteem and body image.

She coped with the pressure during the difficult periods in her marriage to her first husband, Ramon Hervey II, by fasting herself and making up for the lost calories by working out excessively.

She started her workout with one hour on the treadmill. William expressed:

When I get nervous, I can't eat. People kept telling me how great I looked. But your clothes are falling off, and you can't face another day. So I was looking my best when I was most miserable.

In addition, Williams recalls the pressure she felt to change her figure after becoming a mother to her four children, Melanie Hervey, Jillian Hervey, Devin Hervey, and Sasha Fox. Williams is a proud mother to all four of her children.

Vanessa Williams Has Been Through Two Divorces 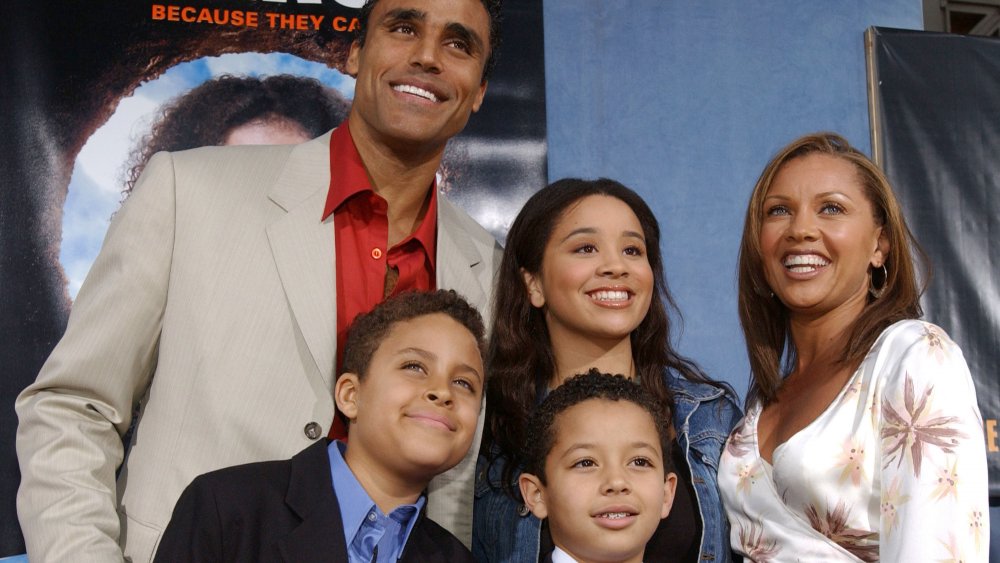 Williams married her manager, Ramon Hervey II, in 1987. They met when Hervey was a public relations specialist helping Williams deal with the fallout from her Miss America scandal.

Williams got married to NBA player Rick Fox in 1999, and they had a daughter named Sasha. But in 2004, they divorced after five years of marriage.

In 2015, Williams married a retired accountant named Jim Skrip. Look at what she found out about her past relationship:

Now that I'm on my third marriage, I've realized it's key to not expect one person to be able to fulfill every need in your life.

American singer, actress, and producer Vanessa Williams has a net worth of $25 million. Vanessa Williams first became known as Miss America 1984, but her success as an actress and a singer later made her career what it is today.

The marriage between Jim Skrip and Vanessa is going smoothly right now. The couple's adorable anecdote of their first date centers on the fact that they met while traveling in Egypt.

What Does Miss America Do?

Young women from each of the 50 states and the District of Columbia compete in the annual Miss America competition, which is officially known as the Miss America Pageant. Contestants are required to demonstrate a variety of skills, including leadership, poise, and artistic talent, in order to win the title of Miss America.

The public record showed that Melissa Leann Williams is the eldest of her parents' seven children. Despite the fact that she and Vanessa Williams have the same name, the two women are not connected to one another.

Can Miss USA Have Plastic Surgery?

Although there are no restrictions on cosmetic surgery for participants in the Miss USA pageant, breast padding has been permitted since 1990 in an effort to discourage the usage of breast implants. Every one of Ligron's proteges is required to sign a document stating that they were in no way persuaded by her staff to have any form of surgical procedure.

Thanks for reading this article about Vanessa Williams' life story. Once again, she has risen from the ashes and is widely recognized. By winning back her fans with an impressive singing career, she set the stage for even greater success in entertainment.