The Lincoln Rocker - The Symbol Of Dignity And Sacrifice Of Lincoln 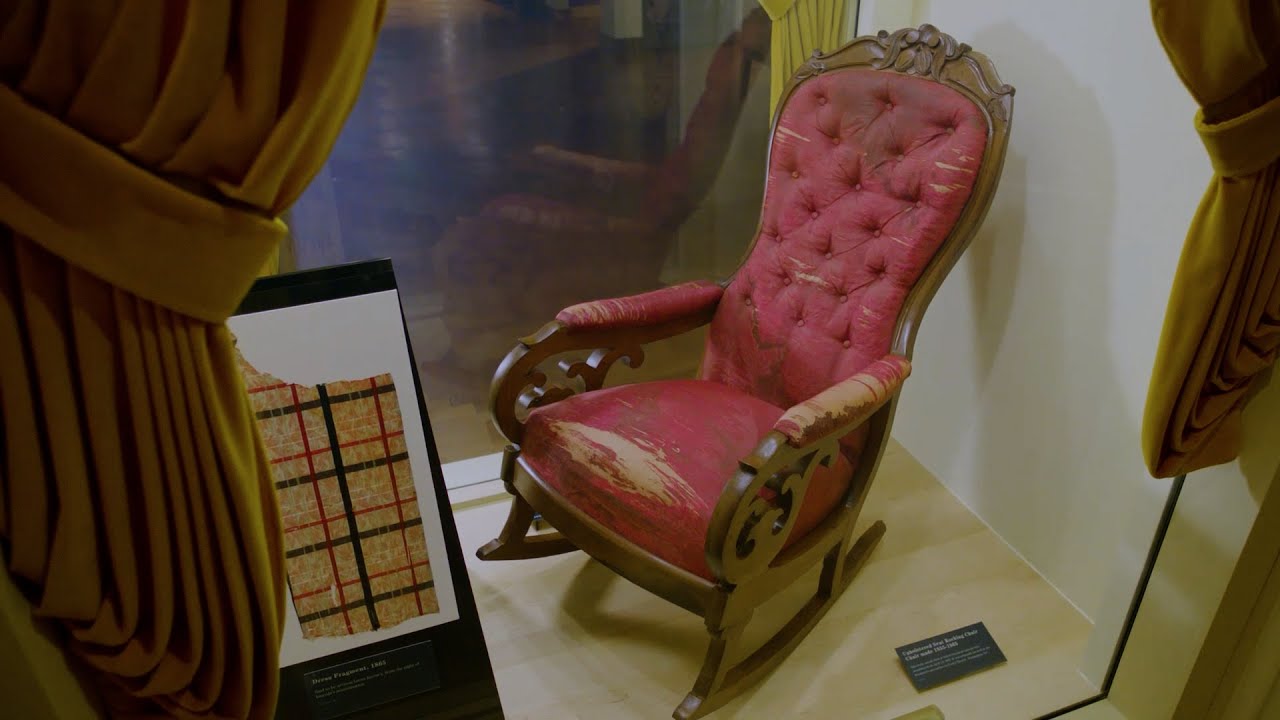 The Lincoln Rocker is the Ford's Theatre rocking chair in which Abraham Lincoln was seated when he was shot has found a permanent home in the With Liberty and Justice for All exhibit at the Henry Ford Museum in Detroit, which opened in September.

Only a handful of presidents of the United States have gone beyond the role of American leader to become truly American icons. President Abraham Lincoln (1809–65) is one such historical figure. Since of his innovative work, which laid the groundwork for a more perfect union, and because his tenure as a leader came to an abrupt end, they typically speak about his president with reverence.

It is in this rocker that Lincoln sat on that tragic day that he represents his personal sacrifice and serves as a concrete reminder of a man who, without a doubt, altered the path of American history. 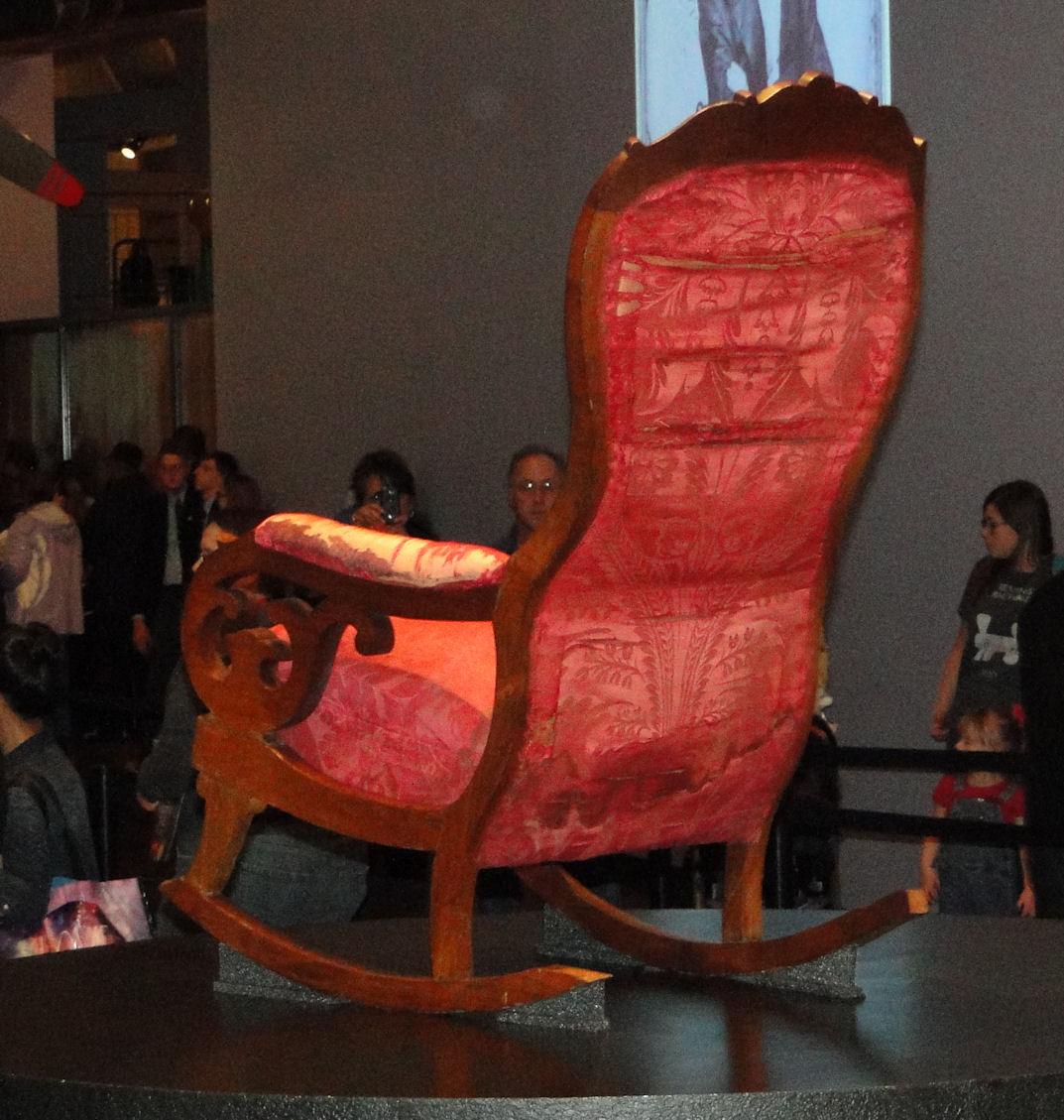 Back view of the Lincoln Rocker

The Election Of Abraham Lincoln As President

Most northerners believed Abraham Lincoln to be a capable president at the time of his assassination in April 1865. This, however, was not always the case. Lincoln was elected president at a time when the nation was on the verge of disintegrating over issues such as slavery and state's rights. After his election, eleven states withdrew from the Union before President Abraham Lincoln's inauguration in 1861, sparking the American Civil War.

During much of his first term in office, many people believed that Lincoln lacked the required abilities to perform the duties of President of the United States of America. He was ridiculed as being unsophisticated, and he was chastised for tolerating unproductive generals. Lincoln, on the other hand, was a competent politician—wise, tenacious, and perceptive—who learned from his mistakes and improved as a result of them.

Many people, including Lincoln himself, considered the Emancipation Proclamation of 1863 to be one of his greatest accomplishments since it redirected the focus of the war away from preserving the Union and toward the liberation of the enslaved population. Following General Robert E. Lee's surrender at Appomattox, Abraham Lincoln's ideal of an indivisible Union—and a more perfect one—was realized.

Abraham Lincoln As A National Symbol Of The United States

The assassination of Abraham Lincoln on April 14, 1865, cemented Lincoln's place as a national figure on par with Washington and Jefferson in American history. The people were taken aback when they learned that its leader had died, despite having won a four-year battle to keep the Union. People in the United States expressed their sorrow in a natural way.

In the days following Lincoln's death, thousands of people filed past his remains as it passed in the state between the White House and in the Capitol Rotunda. Afterward, it was transported by a funeral train from Chicago to Springfield, Illinois, with stops at important cities along the way to allow grieving citizens of the United States to express their condolences. On May 4, 1865, the president was laid to rest in Springfield, Illinois, after arriving there.

Lincoln would have been considered a significant president, and his position in history would have been established as the president who guided the nation through four arduous years of the American Civil War. His terrible demise, on the other hand, brought his transition into an American legend to a close. He was known as "Old Abe," the man who "kept the Union together while freeing the slaves." 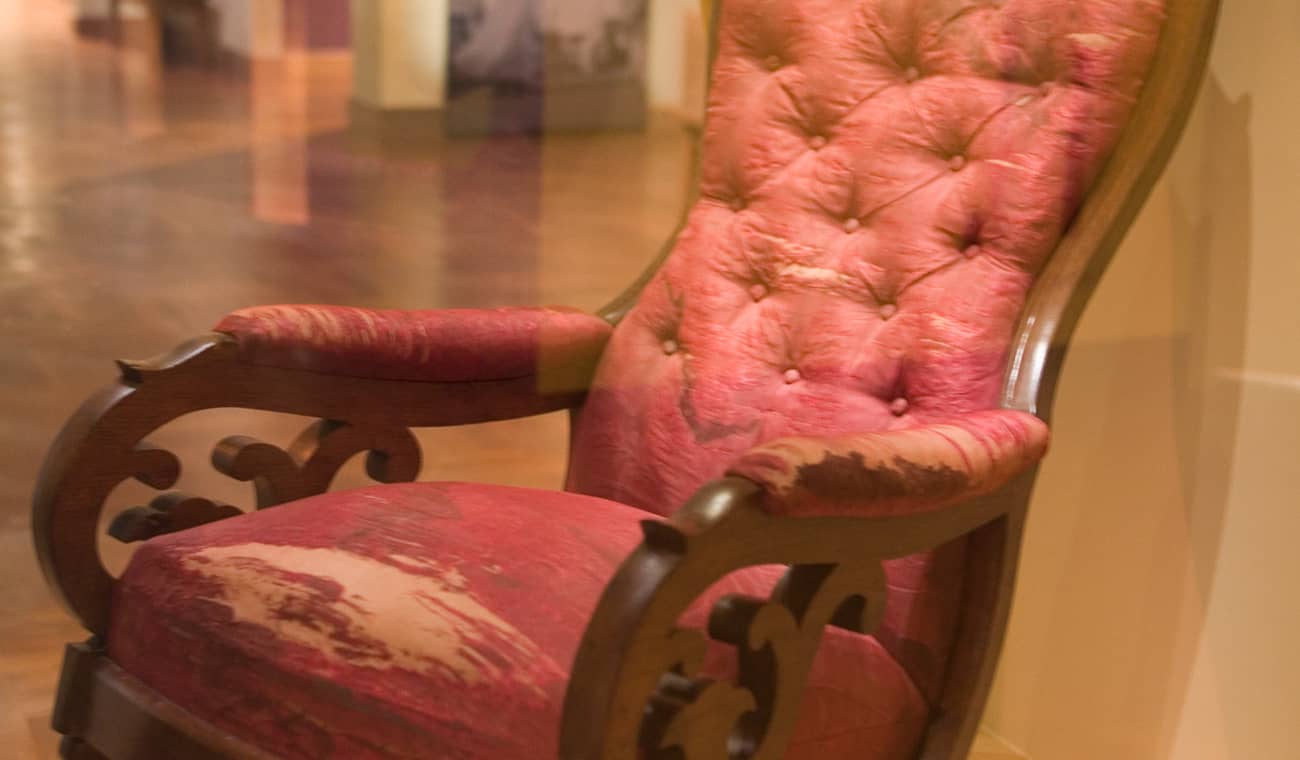 A close up shot of the wodden Lincoln Rocker in red

The Lincoln Rocker Chair Is A Position Of Authority

It took a long time for the chair in which Lincoln was assassinated to be recognized as a symbol of his grandeur and sacrifice on his own behalf. The management of Ford's Theatre had placed a nice parlor rocker in the theatre box for Lincoln's use that evening, and he had asked for it to be there.

When Kennedy was assassinated, opportunistic photographers took pictures of the chair and sold them to a public hungry for images in an era before photojournalism became popular. The chair was used as evidence in the conspirators' trial, which was held in the following year. Then it was put into storage at the Smithsonian Institution, where it remained for decades.

The antique Lincoln rocker chair was repossessed by the widow of Ford's Theatre co-owner Harry Ford in 1929, and it was auctioned off for $2,400 the following year. The purchaser was an agent who purchased the property on behalf of Henry Ford. Ford was collecting artifacts for his museum and historical town at the time of the incident.

Henry Ford's curator of public life, Donna Braden, says “Ford really revered Lincoln, all of the values of Lincoln, the humble, self-made man, the ordinary man who seized the opportunity and raised himself up, all the things Henry Ford could relate to himself.”

To the point where, when he established Greenfield Village in 1929, he purchased the Logan County Courthouse and refurbished it to portray the location where young Lincoln had practiced law, and he did so for the first time in his life. Braden claims that Ford had wanted to make the site into a Lincoln museum when he purchased it.

In January 1930, the chair arrived in Greenfield Village in a crate addressed to "Mr. Henry Ford, Dearborn, Michigan." The chair had been shipped from Dearborn, Michigan. Ford was so enthralled with the new buy that he decided to record the process of unpacking the chair. Two men are seen removing layers of paper and padding to unveil the item, which was originally stored in the courthouse until it was transported to the museum in 1980. but the footage is grainy.

As Braden explains, "Once people realize it's real, it is this tangible piece of evidence from the past that reaches out and grabs you to that time and that person," says Braden. "If you just had a book or a picture or a label, it wouldn't have the power of the actual thing that he sat in."

Where Is Abraham Lincoln's Chair Now?

It was moved inside the Henry Ford Museum in 1979 is part of the celebrations marking the 50th anniversary of Henry Ford. For the first time, the Lincoln Chair is a permanent and vital element of The Henry Ford Museum's With Liberty and Justice for All exhibition, which analyses the history of American democracy.

People on Reddit are discussing the Lincoln Rocker and debunking some myths.

"That dark spot on the upper chair is not blood. Many people thought so. It is actually hair product from numerous people sitting in the chair over the years."

"What the stain on the lower back and seat?"

"Nope, the dark section at the top of the red fabric on the back of the chair. Because of the location, and the fact that Lincoln was shot in the head, people assumed it was a blood stain."

The Lincoln rocker at The Henry Ford has been a popular destination for visitors for decades. They are drawn to it not only because of its function as the focal point of a tragedy, but also because it is a symbol of a beloved president. When you sit in the chair, you have a special sense of awe and reverence since it is an eternal personification of the sacrifice Abraham Lincoln made in order to create a more perfect Union.