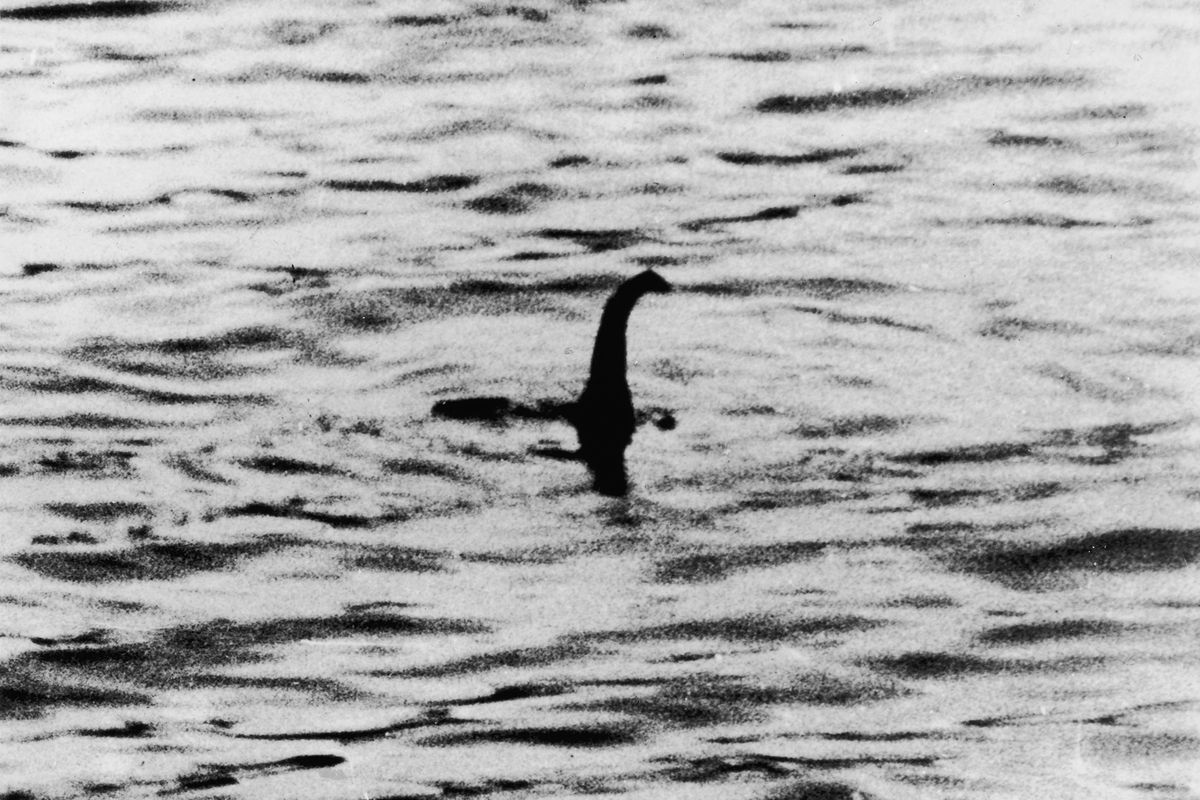 The Loch Ness monster has created a buzz once more after a long time of having no news or reports about the said legendary creature. People on the internet have a lot to say regarding this topic. But if there is one theory recently that could definitely make you scratch your head, this one could be it.

Several researchers' most recent comments ignited disagreement and debate among themselves and to a large number of other people over the internet. Many people have been curious about what this object may possibly be for quite some time. Even though there have been several sightings and images of this so-called creature, no one has been able to provide a thorough or clear explanation of what this monster looks like. Before we go to the recent theory maybe we can talk a little bit how this all started and what do people believe and think about this fabled creature. 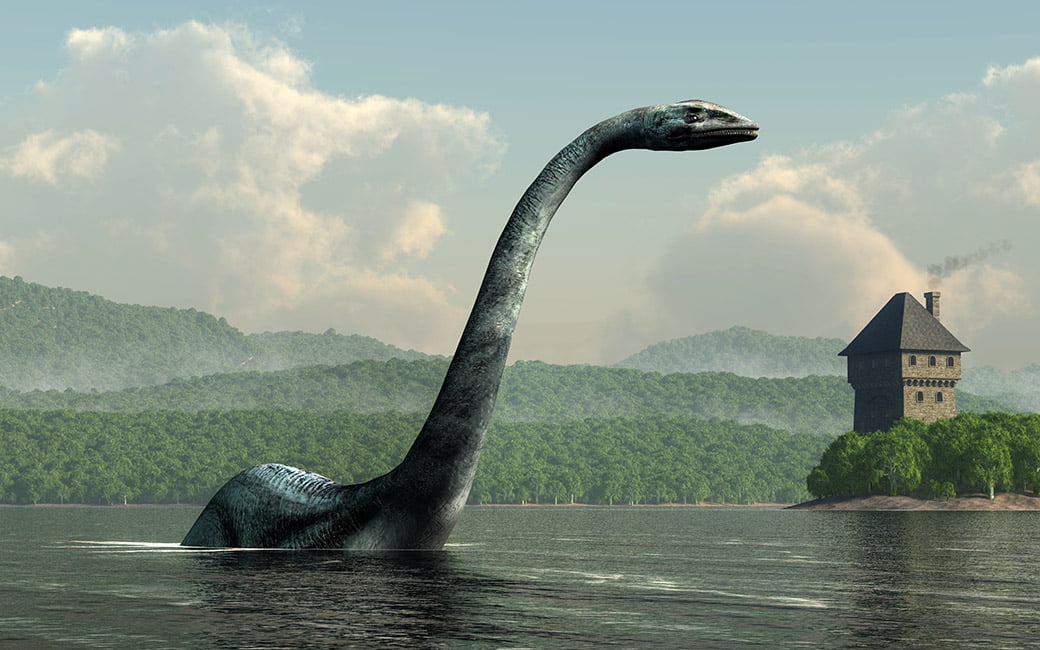 The Loch Ness Monster (Scottish Gaelic: Uilebheist Loch Nis), sometimes known as Nessie, is a Scottish folklore creature thought to haunt Loch Ness in the Scottish Highlands. It is frequently characterized as enormous, with a long neck and one or more humps jutting from the water. Since it was first brought to public attention in 1933, public interest and belief in the creature have fluctuated. There is anecdotal evidence of its existence, including a number of disputed pictures and sonar readings.

Now let's go back to the beginning of the tale to see how it came to be the hot topic it is now today.

History Of Loch Ness And Evidences 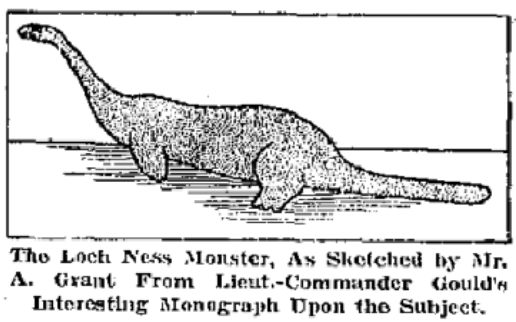 An old sketch of Arthur Grant about the Loch Ness monster

The first mention of a monster near Loch Ness is in Adomnán's sixth century Life of St. Columba. Adomnán, writing nearly a century after the events recorded, says Irish monk Saint Columba was visiting the Picts when he saw locals burying a man by the River Ness. According to them, the man was swimming in the river when he was mauled and dragged below by a "water beast." Columba sent Luigne moccu Min to swim across. Columba made the sign of the cross and said: "No more. Don't touch him. Go back now." [11] The beast stopped and fled, and Columba's troops and the Picts gave gratitude for what they saw as a miracle.

D. Mackenzie of Balnain reportedly witnessed an object resembling a log or an upturned boat "wriggling and churning up the water" in October 1871 (or 1872), moving slowly at first before receding at a higher speed. The narrative was not published until 1934, when Mackenzie forwarded his story to Rupert Gould in a letter shortly after public interest in the monster grew.

One of Abriachan's most renowned masons, Alexander Macdonald, reported seeing "a big stubby-legged beast" emerge from the loch in 1888. Alex Campbell, the Loch Ness water bailiff, received a report from Macdonald, who described the creature as like a salamander.

A 2013 article quotes Mackay as saying she yelled, "Stop! The Beast!" at the spectacle. An interview with Aldie Mackay conducted by a naturalist in the late 1980s revealed that she was aware of the oral tradition surrounding the existence of a "beast" in the loch long before she claimed to have seen one. Loch Ness has long been rumored to be home to a terrifying-looking monster, according to an essay written by Alex Campbell in 1933.

Spicer's sighting was reported in the Courier on August 4, 1933. This encounter sparked significant public attention and an increase in purported sightings, resulting in the official appellation "Loch Ness Monster" being established. Sightings of the monster are said to have grown after a road was built along the loch in early 1933, bringing employees and tourists to the previously remote location. However, according to Binns, this is "the myth of the lonely lake," as it was far from isolated prior to the construction of the Caledonian Canal. The existing road along the loch's edge was significantly improved in the 1930s.

Originally from a "surgeon's snapshot," It was allegedly taken by a London gynecologist and published in the Daily Mail on April 21, 1934. Wilson refused to sign it, hence it became known as the "surgeon's photograph." Wilson said he was staring at the loch when he noticed the monster and took four shots. The first exposure appears to show a little head and back, while the second appears to show a similar head diving. The first photo went viral, while the second got less attention due to its blurriness.

To critics, the photo was driftwood, an elephant, an otter or a bird. Cropped versions of the photo show the monster in the middle of the lake, but the uncropped version shows the other end of the loch. The photo's ripples resembled little ripples rather than big waves. The original image analysis added to the doubt. The makers of the Discovery Communications series Loch Ness Discovered spotted a white item in every version of the shot in 1993. (implying that it was on the negative). A imperfection on the negative was not ruled out as the cause of the ripples. The thing was little, measuring 60-90 cm (2-3 feet) in length.

On July 29, 1955, Peter MacNab photographed two long black humps in the lake at Urquhart Castle. The photograph was not made public until Constance Whyte's book on the subject was published in 1957. The Weekly Scotsman published it on October 23, 1958. According Scottish author Ronald Binns, the "phenomenon which MacNab shot could easily be a wave effect caused by three trawlers traveling closely together up the loch."

On May 26, 2007, Gordon Holmes, 55, a laboratory worker, recorded "this jet black creature, around 14 metres (46 ft) long, moving rather swiftly in the water." The footage was praised as "the best footage [he] had ever seen" by Adrian Shine of the Loch Ness 2000 Centre in Drumnadrochit. BBC Scotland aired it on May 29, 2007. STV North Tonight interviewed Holmes on May 28, 2007. A video of an otter, seal, or water fowl was seen by Shine. 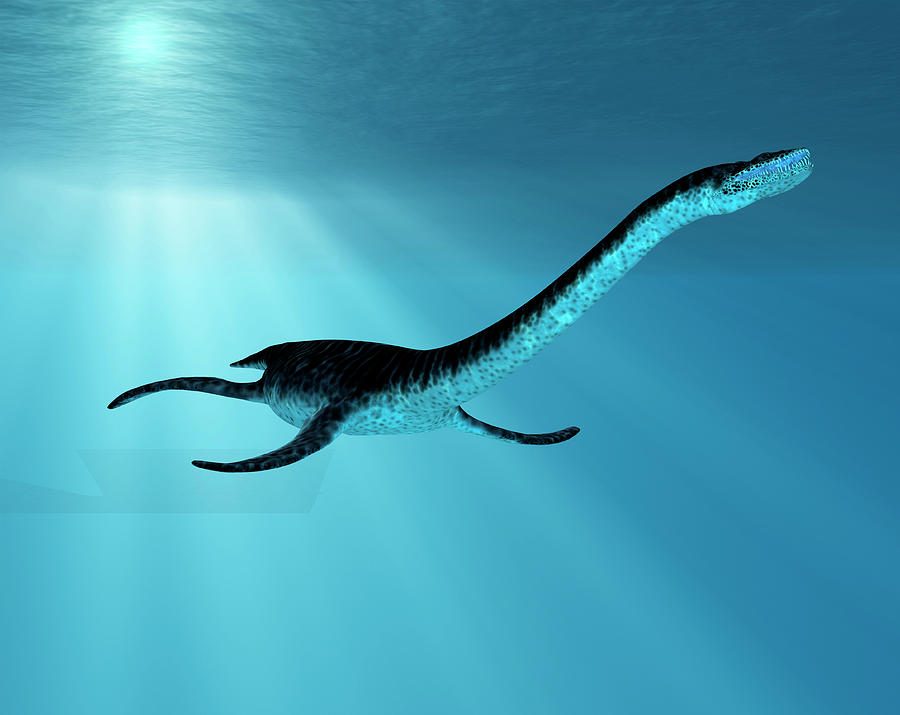 Many researchers believe that some animals swimming in the lake could have been mistaken as the Loch Ness monster. Bird wakes, eels, elephants, Greenland Shark, and Wels catfish are some of the candidates.

Some reserchers say it could be a tree or some other things. A strangely shaped tree stump washed ashore near Foyers [in 1933], according to the Daily Mirror. Burton argued in a series of articles for New Scientist in 1982 that the creatures seen in the loch were fermenting Scots pine logs. Due to its high resin content, a decaying log could not initially release gases. The log would be propelled through the water by gas pressure rupturing a resin seal (sometimes to the surface). Tree logs (with their branch stumps) strongly resemble the monster, according to Burton.

Some suggest that the sea might appear choppy and matte due to wind, with quiet parts appearing black from the shore (reflecting the mountains). W. H. Lehn demonstrated how atmospheric refraction can alter the shape and scale of objects and animals in 1979[138], and subsequently published a photograph of a mirage of a boulder on Lake Winnipeg that resembled a head and neck.

A long-necked aquatic reptile that went extinct during the Cretaceous–Paleogene extinction event was offered as a possible match for the species in 1933, claiming that it "bears a striking resemblance to the apparently extinct Plesiosaur." Although it was a popular explanation at the time, the following points have been advanced in opposition to it. 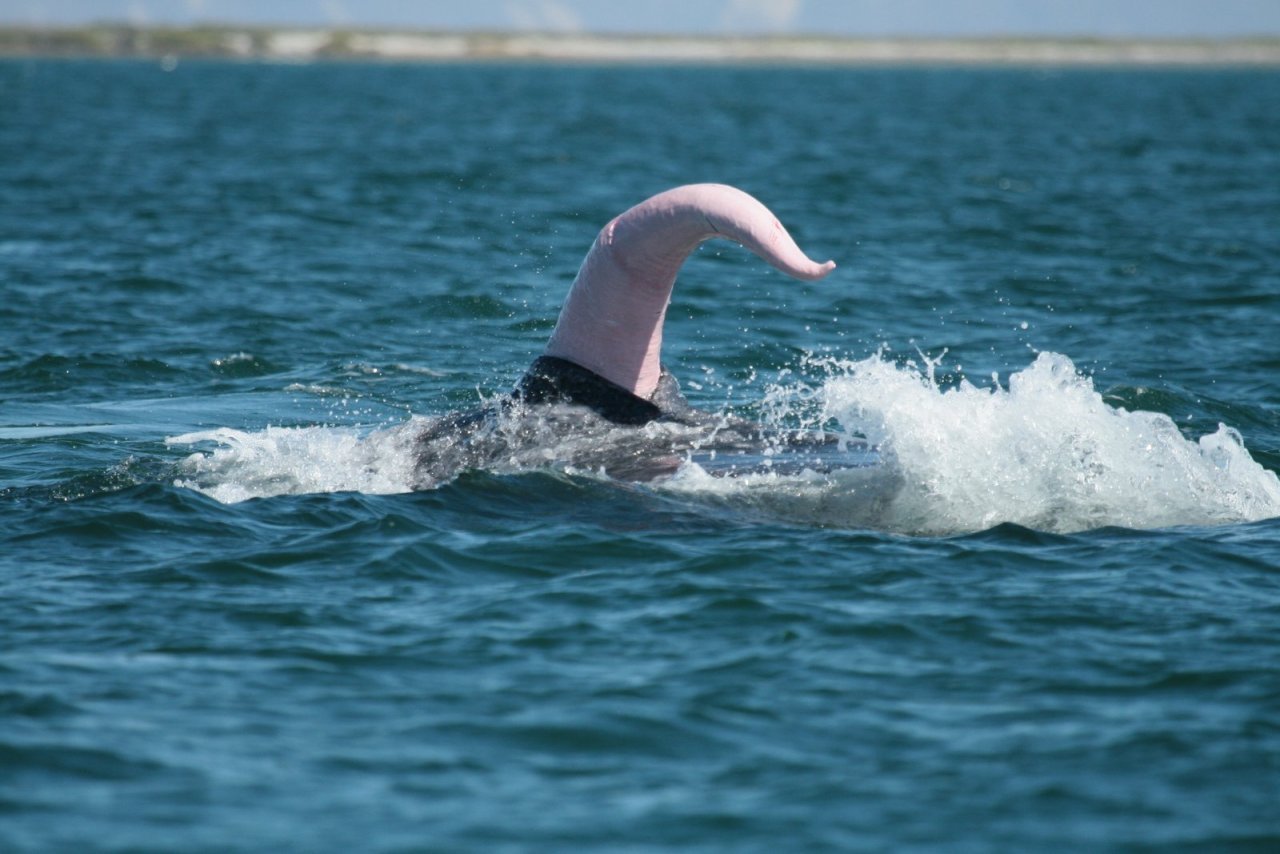 A Whale's Penis sticking out from the water

This creature indeed made everyone wonder and think what this thing could really be. But if you think that you have heard all the weird theories well not until you hear this one, that long-necked "Nessie" might actually have been a whale penis. Yes, you heard it right. 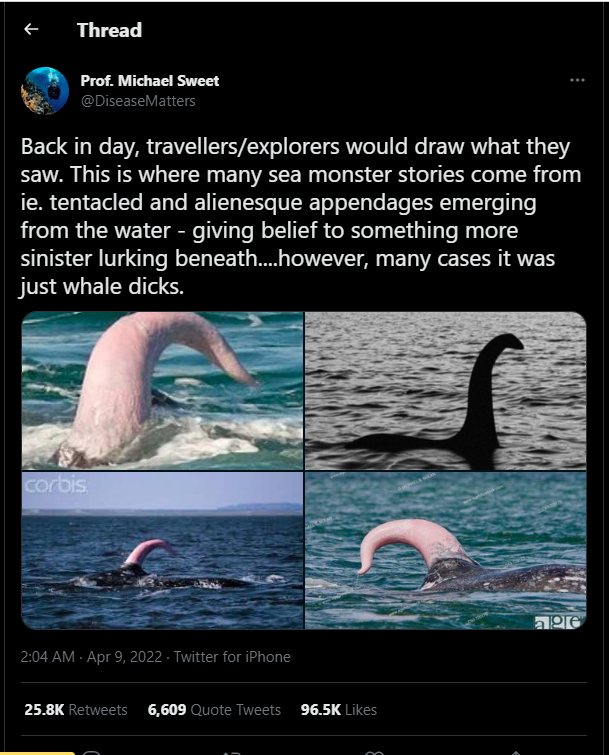 The new theory surfaced April 8 on Twitter. Michael Sweet, a molecular ecologist at the University of Derby in the United Kingdom, shared images of erect blue whale (Balaenoptera musculus) penises, which can grow to be 10 feet (3 meters) long, alongside an alleged photograph of Nessie. The images underlined the striking resemblance between their subjects. Sweet captioned the photographs, explaining that sailors may have mistaken erect whale penises at the sea surface for fabled sea creatures in the past. By April 14, the tweet accumulated more than 93,000 likes. This caused many to ask if there are whales in that lake.

Are There Whales In Loch Ness Lake In Scotland?

The answer is 'No'. No wonder this caused a lot of arguments knowing that whales don't actually exist in that Scottish lake area. Picked up by several tabloid news sites, mainly in the UK, the Loch Ness Monster could be an erect whale penis after all. But the images were reposted out of context, and many people missed the original tweet's message. In spite of this, it doesn't necessarily indicate that the tweet was completely off the mark. Sweet told Live Science that the tweet "still remains as true." It's safe to say that sailors all around the world have confused several whales' penises (of various species).

Sweet responded to the original tweet by explaining that larger cetaceans occasionally protrude their erect penises out of the water as a natural occurrence for their species. Sweet wrote on Twitter. "Everyone's gotta have a bit of fun, right?"

The scientific community interprets purported the monster Loch Ness sightings as hoaxes, wishful thinking, and misidentification of simple objects, nevertheless, the monster has received special attention in the pseudoscience and subculture of cryptozoology. Whether It's true or not, one thing is for sure, there are still a lot of things in this world that are yet to be discovered.