Netflix’s Love Is Blind has come to an end after a dramatic ten episodes, and today the cast reunites for a dramatic showdown, two years since being filmed.

The reunion special will see Amber Pike confront Jessica Patten for “throwing herself” at Matt Barnett during the series and we will also discover what has become of the couples including those who decided to get hitched.

Of course, drama is a certainty. 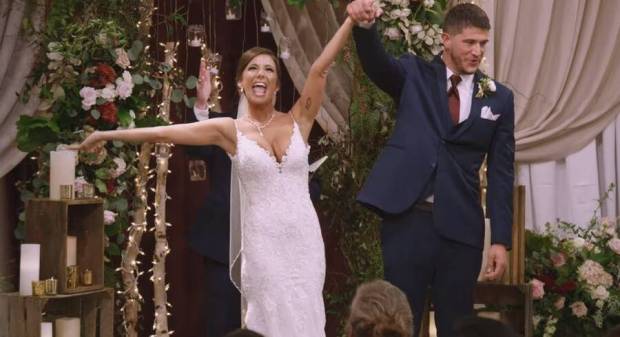 Imagine getting engaged to someone you had never physically met only dating them from isolated ‘pods’ and then going through a whirlwind dating escapade covering all pre-marital milestones prior to making the big decision to say, “I do”.

It really was madness but it seems the nuttier the better – after all, it’s great TV.

We witnessed wild first dates in the pods, declarations of love, engagements and even shock break-ups. 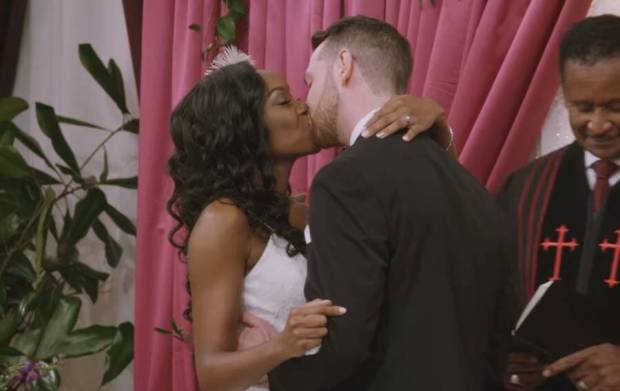 The dating show proved to be one of the streaming site’s most talked about series and tomorrow we will see the cast reunite in a special show.

In it, we’ll see who survived while others attempt to settle old scores .

As mentioned earlier, the show was filmed two years ago and there are some couples who are still going strong, but who?

We would hope at least one of those who decided to become Mr and Mrs went the distance.

We won’t spoil the surprise, but we can reveal Amber Pike who married Matt Barnett confronts Jessica Batten for “throwing herself” at her hubby during the series.

Fans will know that both Amber and Jessica dated Matt from the show’s pods which saw Matt initially tell Jessica he wanted to marry her at the end of the experiment – before very suddenly changing his mind and choosing to be with Amber.

This led to Jessica deciding to get engaged to Mark Cuevas who she dumped at the altar on their wedding day, suggesting she still had feelings for Matt – which left Amber fuming.

A teaser clip for Thursday’s reunion special shows Amber saying: “I confronted Matt about Jessica, and I said, ‘What the hell? What’s going on here? Like, what are you thinking? What are you doing? What do you want?’”.

“He told me he was trying to figure things out and feel it out, he shouldn’t have said that, that wasn’t how he meant it. I was like, okay, I believe you. Like that was all. I trusted him”.

26-year old Amber then turns to Jessica and continues: “As far as I was concerned, that was nothing after the fact, so to see her throwing herself at him in Mexico? B****, you’re shiesty. You’re so fake”.

“Coming to my face like we were cool, you were so fake. I think you’re a very disingenuine person, and you know what, I hope seeing this you do grow from it because that is not what the world needs – women that go behind people’s backs like that”.

“You were engaged to another man that you were leading on. He was engaged, he made his choice. So no, I’m not super happy seeing that”.

Jessica described her time on the show as “psychological warfare” and said she tried to quit on one occasion.

“I definitely had a conversation about leaving and I wasn’t able to do that”, Jessica said in an interview with Entertainment Weekly.

“My dog got sick too, and almost died during the show, I had so much other stuff going on”.

“It was psychological warfare, for sure, because planning a wedding is stressful enough, I hear. But when you’re planning a wedding with someone that I knew I didn’t want to marry, we weren’t ready for that, and we actually had multiple conversations and we were both on the same page about that”, Jessica added.

Unsurprisingly, Mark and Jessica are no longer together, and Mark has recently revealed he has not spoken to Jessica since their wedding day where she jilted him at the altar although he claims he had reached out at one point.

“I didn’t hear back, but to me, it’s just sending love out there”, he said when speaking with the New York Post.

Ever the nice guy, Mark added: “Without Jessica, there would not be a Mark of today”, explaining that taking part in Love Is Blind was still the “best” thing to happen to him.

You can catch all the drama unfold on Netflix from today.